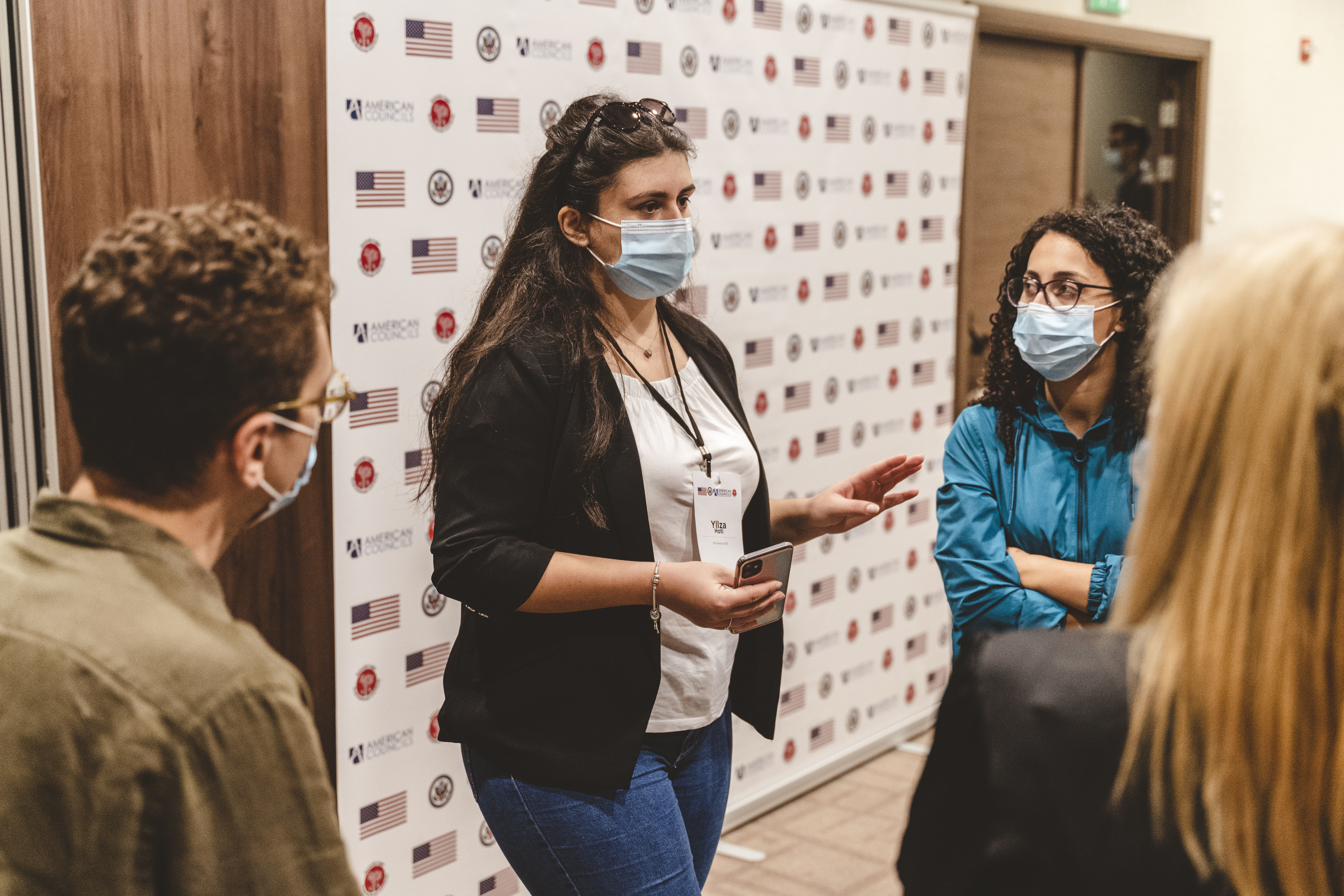 In 2010, the first 56 YES program participants returned to Southeast Europe and the YES alumni community was born. Eleven years later, the community numbers 619! On August 26–29, 24 alumni of the earliest generations from Albania, Bosnia and Herzegovina, Kosovo, and North Macedonia gathered in Sarajevo, along with seven representatives of American Councils, to mark ten years since the alumni program began—a celebration postponed from 2020 due to the pandemic. Participants rekindled connections from the past, established new connections, explored leadership and social responsibility, and shared their ideas for the future of the alumni community.

The program opened with remarks by Cassandra (Payton) Divjak of the U.S. Embassy in Sarajevo, who oversaw the start of the YES and YES alumni programs in the region as American Councils’ Regional Director in Southeast Europe from 2007–2011. Ms. Divjak and U.S. Ambassador to Bosnia and Herzegovina, Eric Nelson, later joined seven alumni for lunch, discussing participants’ U.S. and alumni program experiences, as well as their current careers.

Throughout the rest of the program, participants generated ideas in groups based on their alumni generations, key areas of interest, and professional and academic fields, which included architecture, business, finance, local and regional development, government, healthcare, human rights, and IT. Participants also reflected on their roles and potential as adaptive, collaborative, ethical, and socially responsible leaders through a training program led by Dr. Jasna Kovacevic, a lecturer at the School of Economics and Business at the University of Sarajevo.

Participants left the program eager to continue networking and to share their own knowledge and expertise with the alumni community, with over 90% expressing interest in serving as a speaker, trainer, or mentor for future alumni programs.

This program was preceded by local celebrations organized by the American Councils teams in Albania, Bosnia and Herzegovina, Bulgaria, Kosovo, and North Macedonia, which took place throughout the summer. 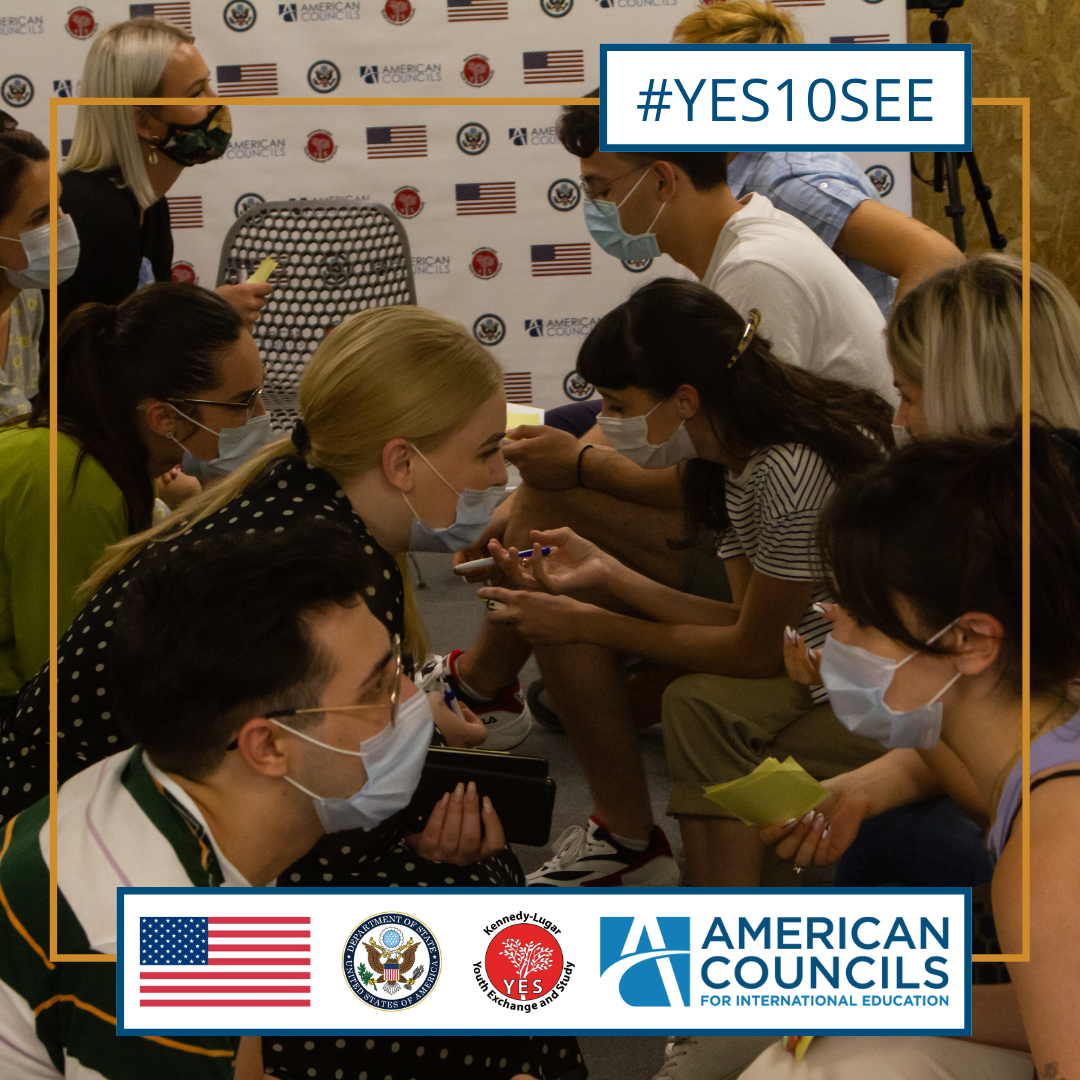 On July 9, 12 senior alumni in Bosnia and Herzegovina gathered for panel discussions on digital marketing, the role of media in peacebuilding, and career development featuring local experts. The program concluded with a networking reception for alumni and American Councils representatives. 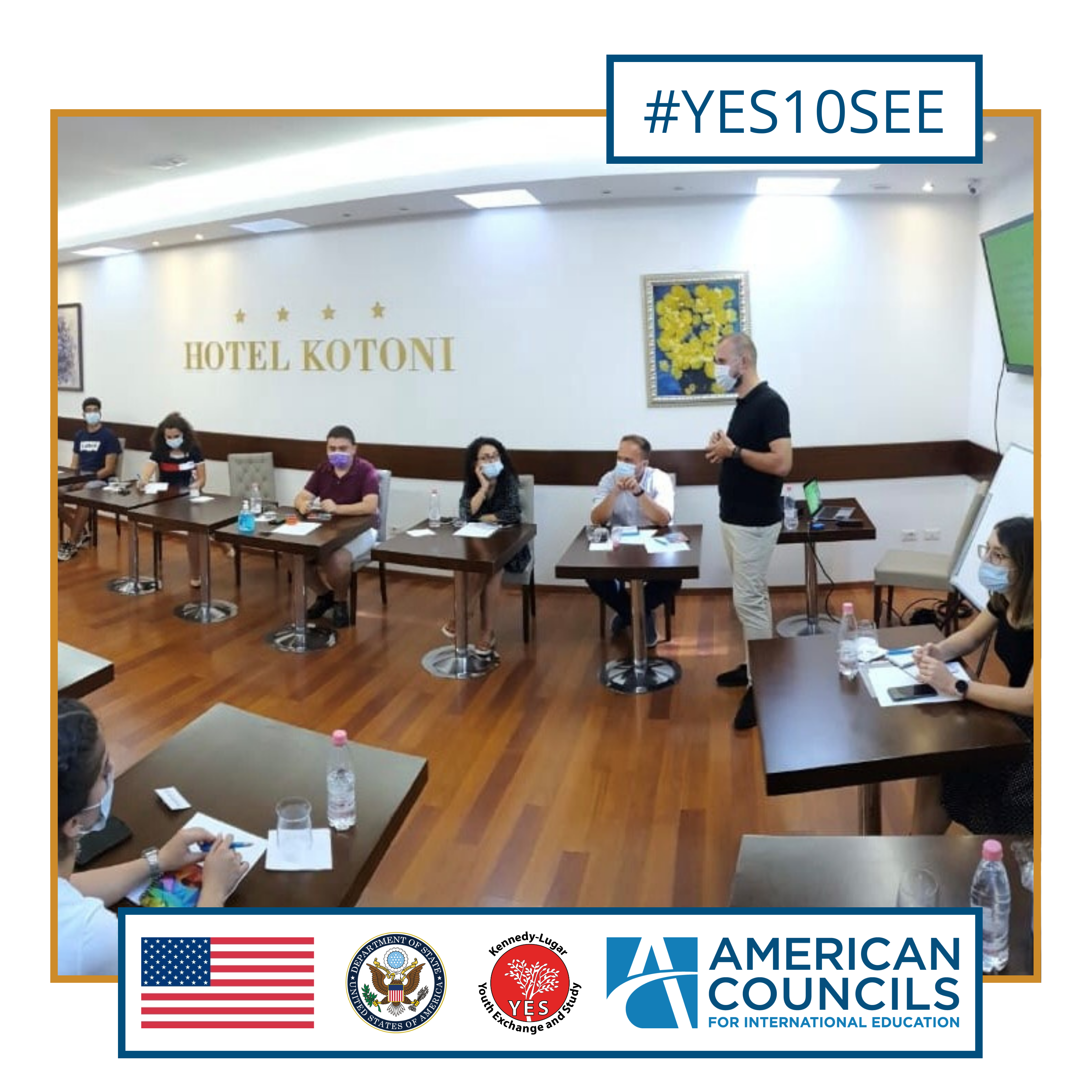 On July 17, 17 senior alumni in Albania attended workshops led by local experts in the fields of mental health, communication, and entrepreneurship. Lucija Straley, Acting Public Affairs Officer of the U.S. Embassy in Tirana, opened the event by commending the group for their community engagement and encouraging them to continue using their network to tackle challenges together. 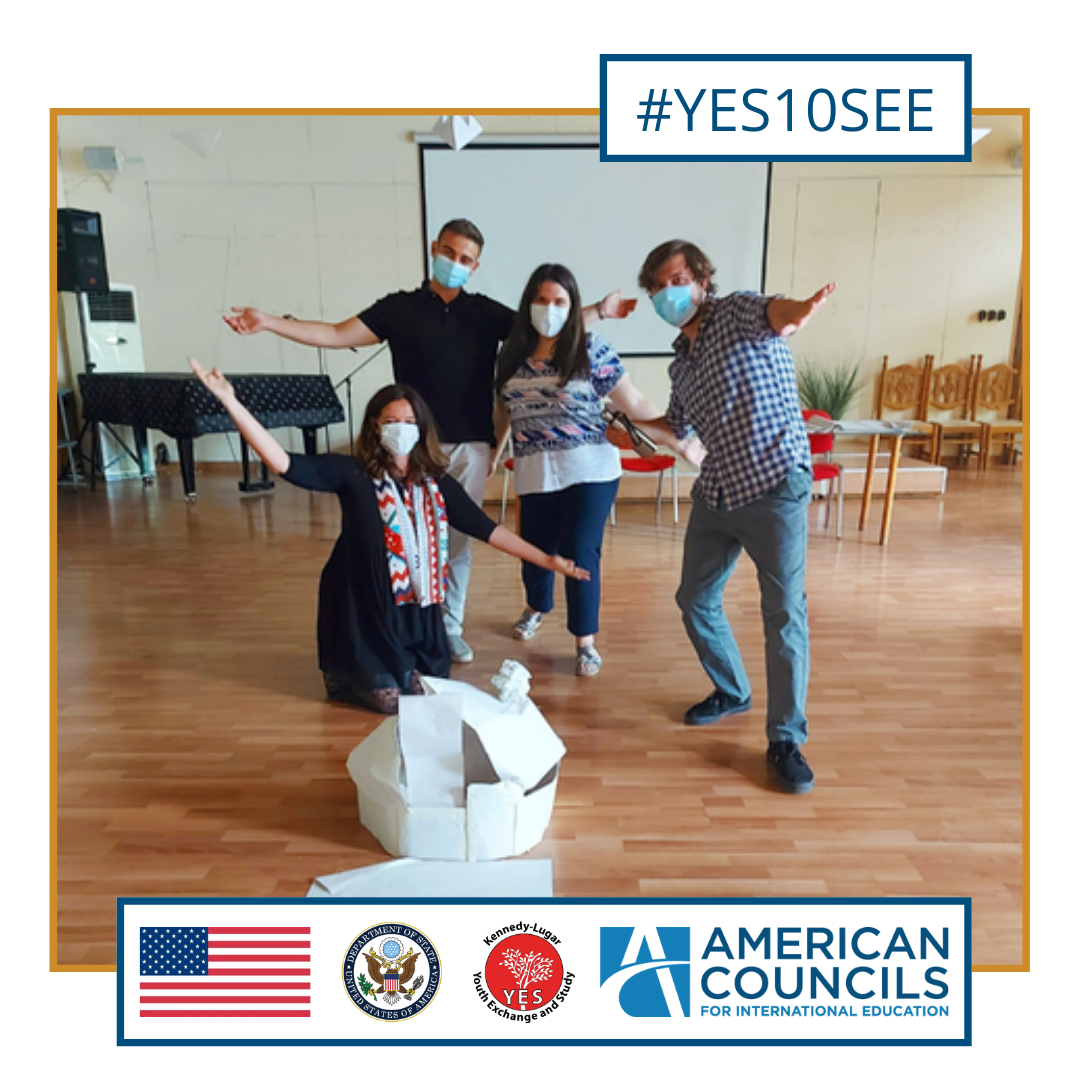 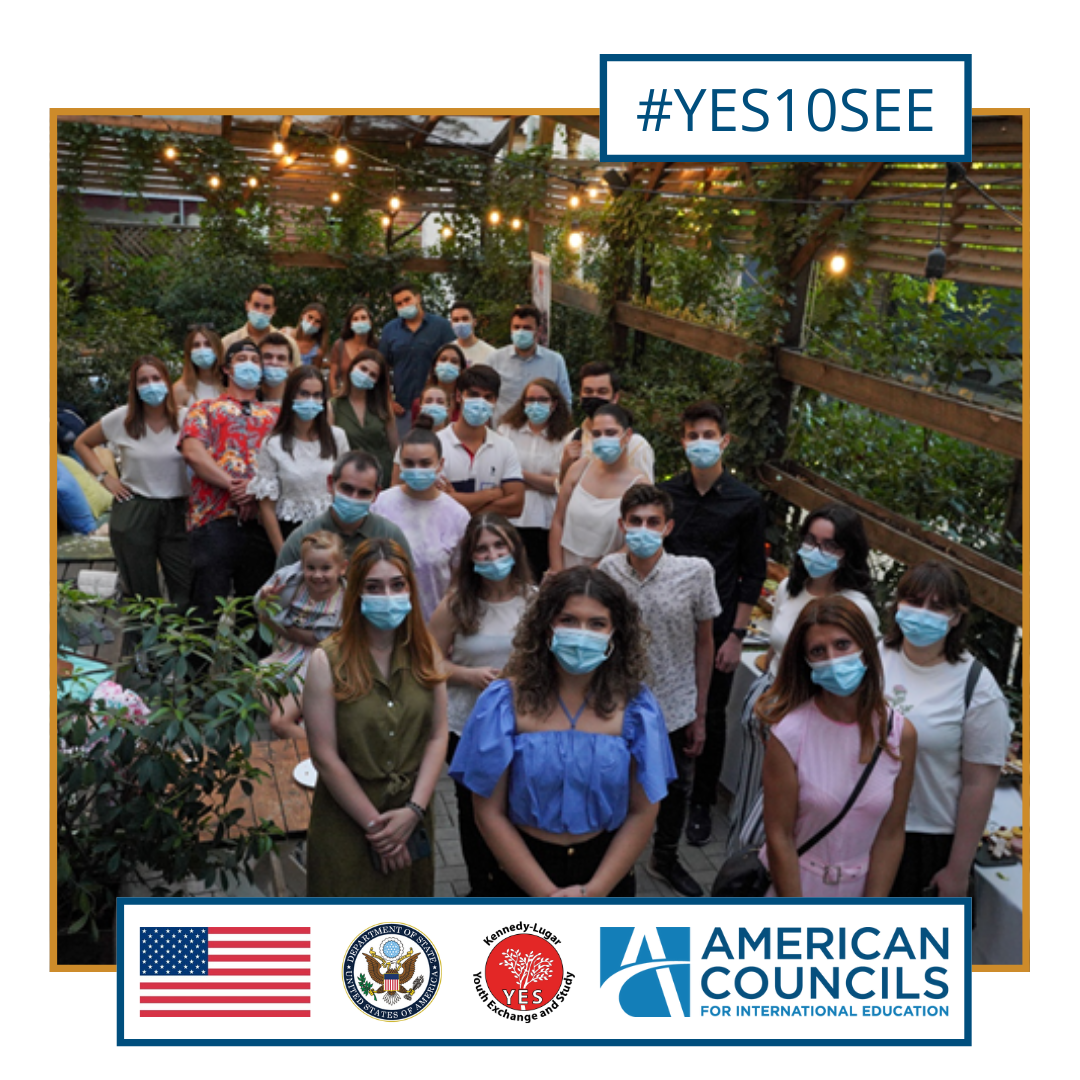 On August 6, 18 alumni gathered in Kosovo for an International Education World Café, where Yllza Hoti ’13, a member of the Parliament of the Republic of Kosovo, Rine Fetahu ’15, Chief Technology Officer at the technology-focused educational institution BONEVET Prishtina, and Dea Saraqini ’13, Assistant to the Mayor of Gjakova Municipality, facilitated discussions on the role of international education in preparing individuals for the “workforce of the future,” changing work environments, and 21st-century skills, as well as how to utilize civic education as a catalyst for active citizenship. After the workshop, the alumni attended a networking reception with guests including Lejla Selimi, the Youth and Minorities Specialist of the Public Affairs Office of the U.S Embassy in Prishtina, and representatives of the local partner organizations Enhancing Youth Employment Project and BONEVET. 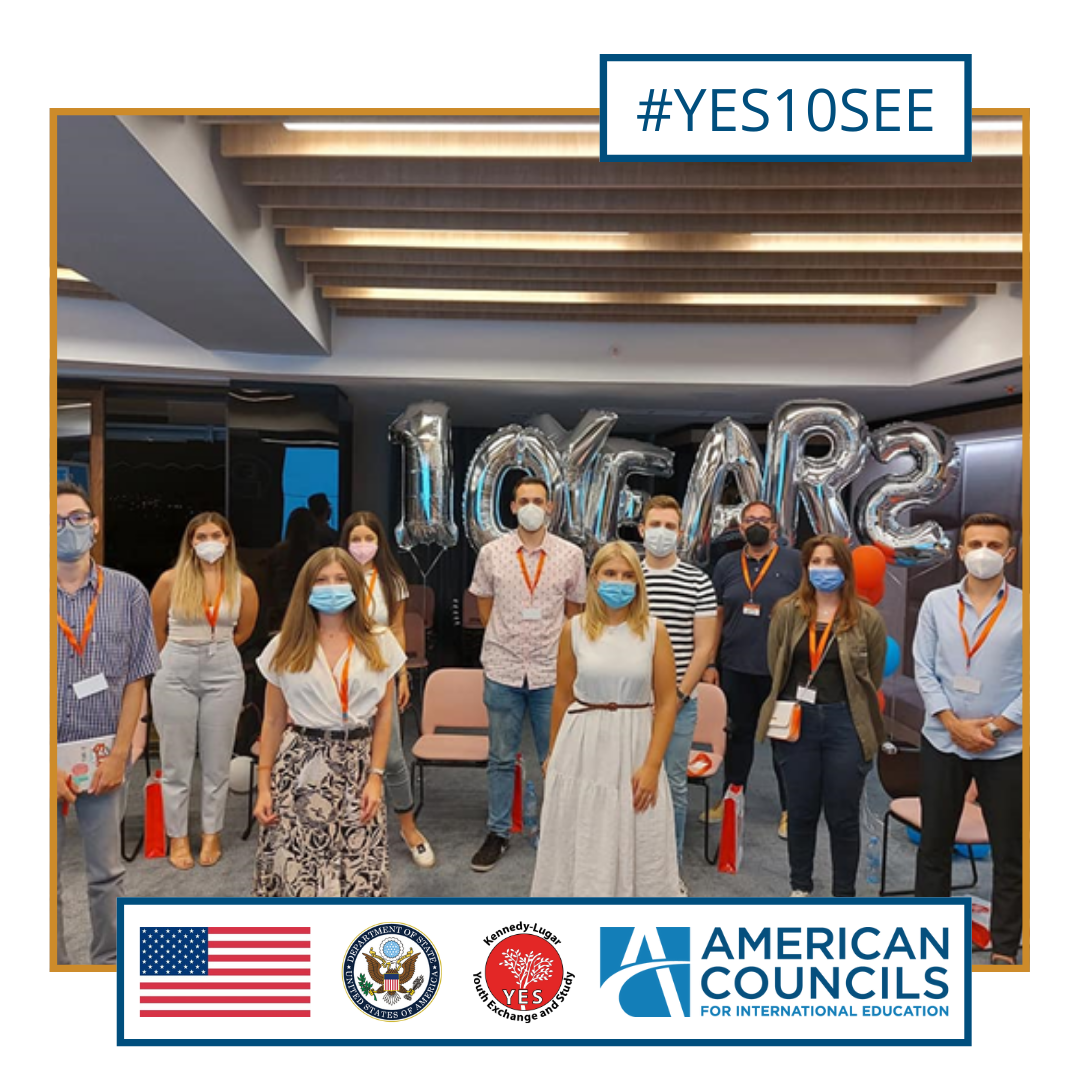 On August 7–8, 21 YES alumni and one YES Abroad alumnus in North Macedonia gathered to reflect on their exchange years, discuss their current professions, and plan for future undertakings. On August 7, Semra Amet ’11, a Project Officer at the Network of Associations of Local Authorities of South-East Europe and a local communication and social media expert, facilitated interactive sessions on online facilitation and the impact of COVID-19 on social media platforms and tools. On August 8, the alumni gathered for a panel discussion and networking event. Panelists included public relations specialist Emir Hasanovikj ’11 and representatives from the American Corner in Skopje, the Macedonian American Alumni Association, a local charity focused on medical aid and education, and a local association focused on education and lobbying.


Edward Kennedy, Jr. and his family visited Bangladesh to commemorate 50 years of friendship.