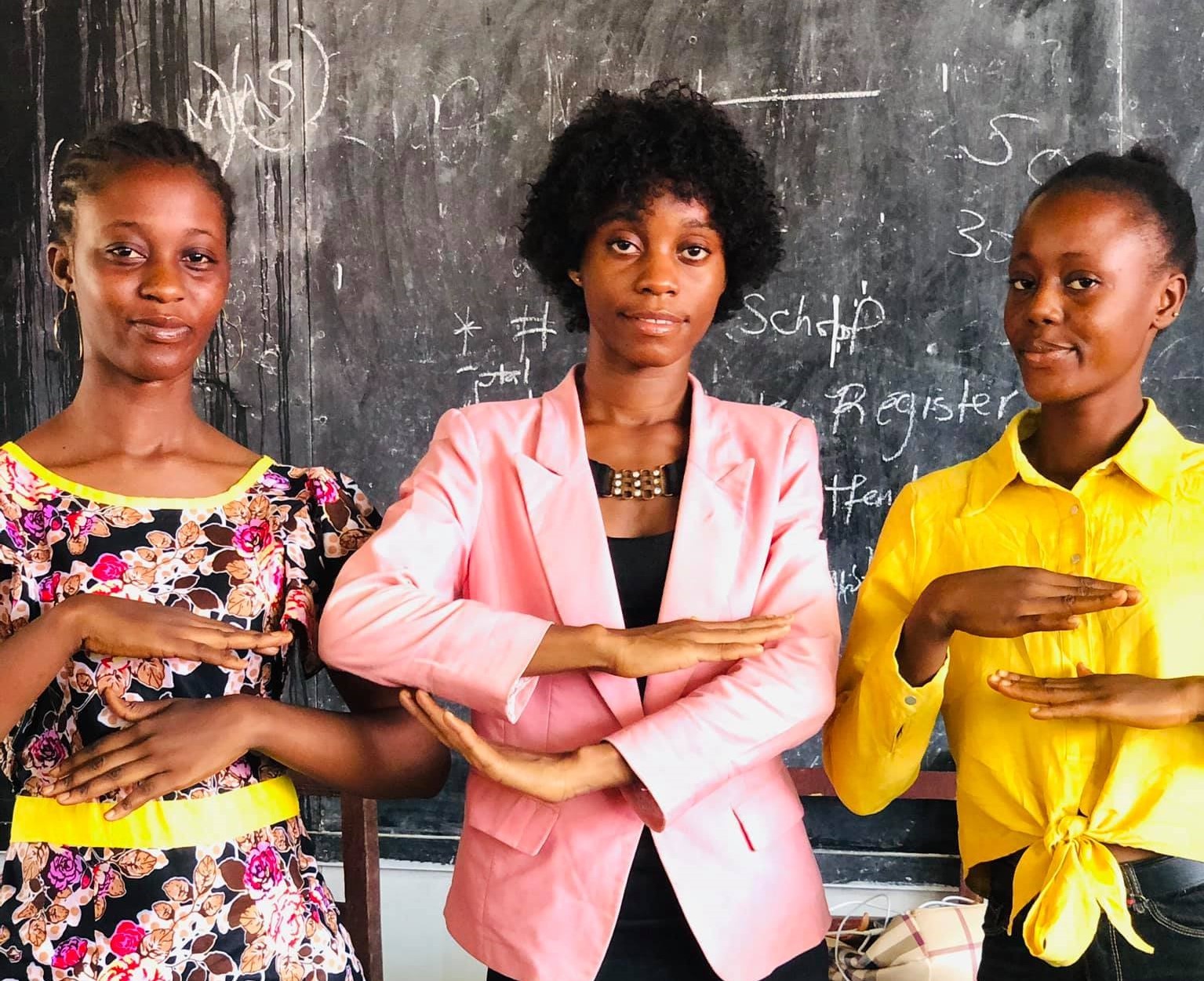 For YES alumni, their role as ambassadors of their countries and the YES program doesn’t end upon returning home. Here are seven examples of how YES alumni continue to serve as citizen diplomats through cooperation and engagement with other USG alumni, staying connected with U.S. embassies and U.S. Government officials, and representing the YES program and the YES values alumni have gained when meeting the highest ranks of officials within their own countries. 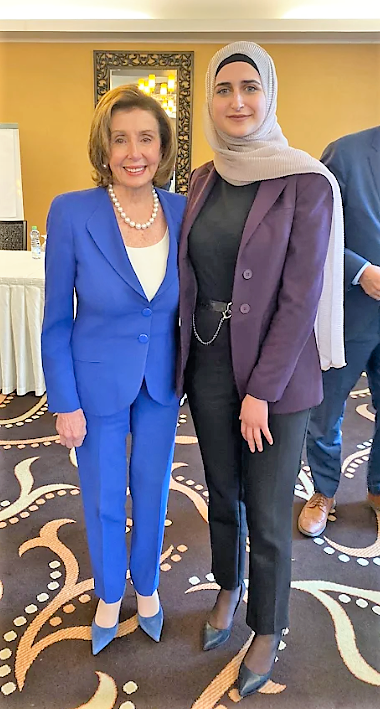 1) On February 17, Saba’a Rjoub represented the YES program at a U.S. Embassy Palestinian Affairs Unit meeting at the Amideast office in Ramallah, West Bank for eight officials from the U.S. Congress, including Speaker of the U.S. House of Representatives Nancy Pelosi, and four Palestinian youth, including Saba’a. The U.S. Government officials were interested in hearing the students’ thoughts on the political and economic situation in Palestine and their hopes and dreams for the future. (Photo left)

2) On January 22, 11 alumni of the Indonesian YES Alumni Association (IYAA) celebrated an Appreciation Day for all YES alumni in Indonesia under the theme Look Back to Move Forward. Approximately 900 virtual participants attended the live-stream on the U.S. Embassy’s social media accounts. The event celebrated the active participation of Indonesian YES alumni, the contributions of alumni throughout the global pandemic, and the strength of the YES alumni network. Assistant Cultural Affairs Officer Mary Trechock delivered opening remarks, which were followed by talk show sessions with alumni guest speakers, alumni performances of regional songs and dances, and a screening of Look Back to Move Forward, a video outlining the challenges of the global pandemic and the contributions of the alumni network in meeting those challenges.

3) With funding from the U.S. Embassy in Prishtina, YES alumni have been helping lead activities at Camp Bondsteel in Ferizaj, Kosovo, where Afghan refugees are currently staying. In February, five alumni visited the camp on two separate occasions to hold events with 20 of the camp’s children. The alumni engaged the children in art and coloring, learning new songs, and playing games. (Photo below) 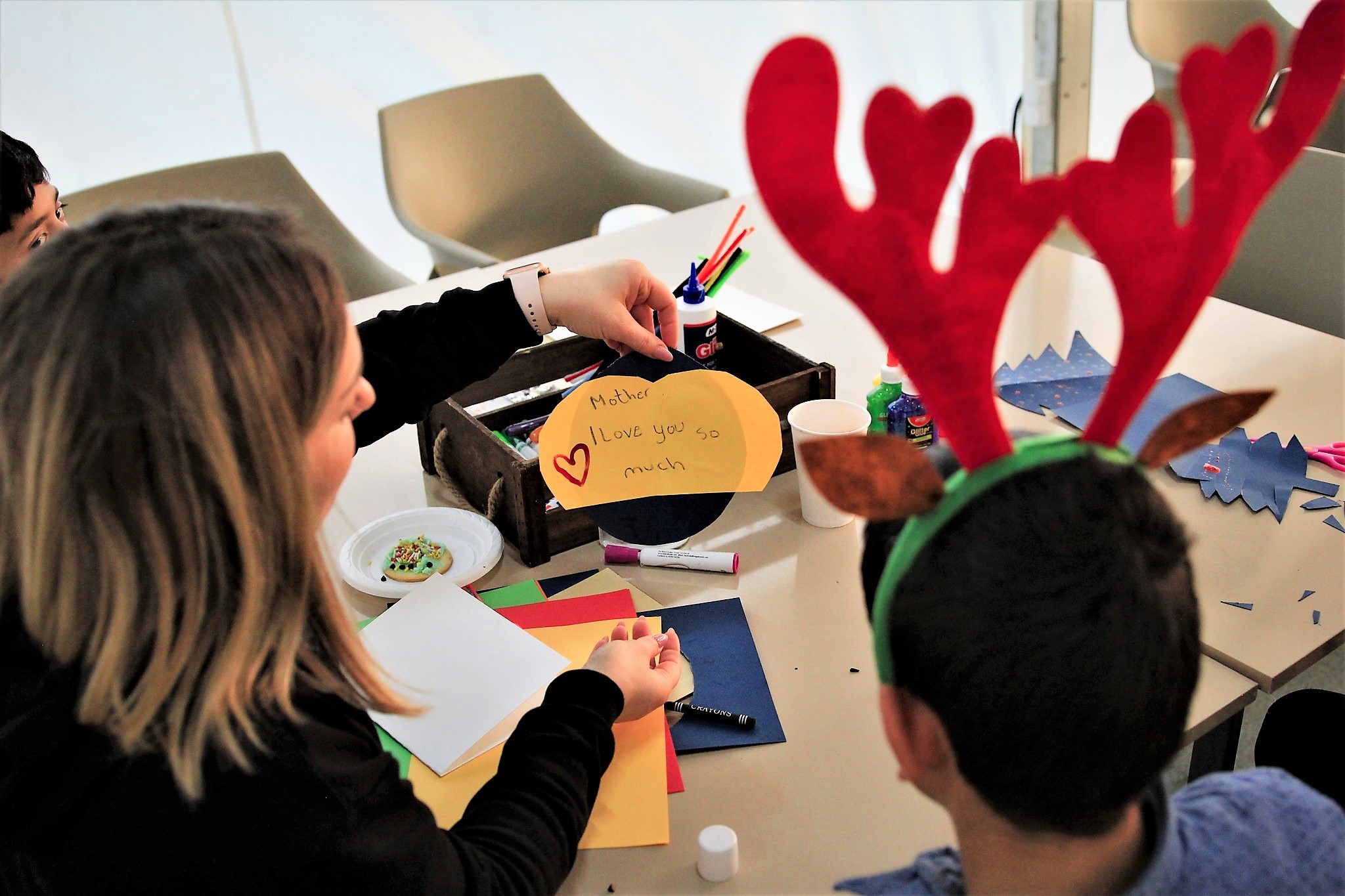 4) In December, Rashid Salum served as a chaperone for the English ACCESS Microscholarship Graduation Camp in Moshi, Tanzania. The camp was organized by the U.S. Embassy to celebrate 75 participants of the 2021 graduating class. The camp included team building and networking activities with U.S. Embassy officials, including ACCESS English Language Assistant Laura Shayo. Rashid spoke to the ACCESS students about the YES program, eligibility criteria, and encouraged them to continue the English studies they began with the ACCESS program to make their YES program applications more competitive. Camp participants also planted trees, visited the Chagga Caves, went hiking, and learned more about the history of Tanzania. 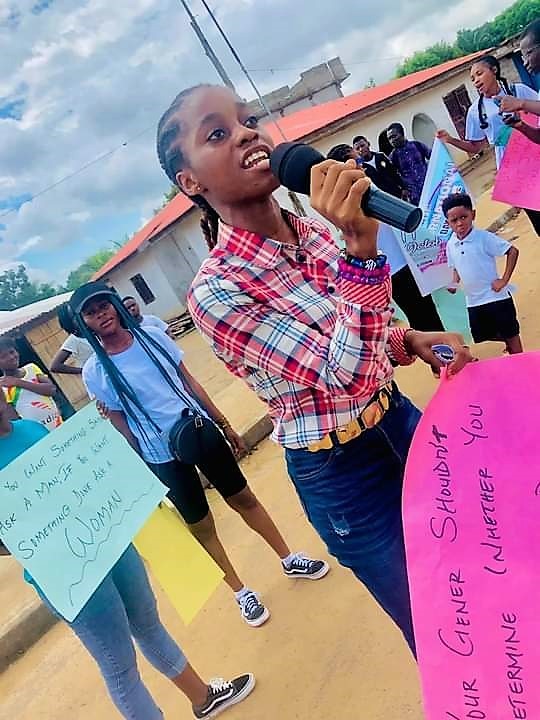 5) Deborah K. Gonkpah ’19 partnered with the Girls Initiative Liberia to bring together 20 young women, ages 18 to 25, for an event to raise awareness of gender discrimination, inequality, and violence against women. They met in Monrovia’s Johnsonville neighborhood and marched from the Johnsonville Market to the Capitol Building, calling on the Liberian government to provide better education and equal opportunity to girls across the country. As part of the initiative, Deborah interviewed the former President of Liberia, Madam Ellen Johnson Serlief, on women and girls’ education across Africa. (Photo right)

6) Alumni in Kuwait held a virtual gathering to celebrate Kuwait’s National and Liberation Days, which are observed on February 25 and 26. The alumni invited the 2022-23 YES finalists to the event, allowing them to introduce themselves to U.S. Embassy officials and ask questions about the YES program. U.S. Ambassador to Kuwait Alina Romanowski, Cultural Affairs Officer Katherine Garry, and Public Engagement Specialist Adel Ibrahim attended this event. Ambassador Romanowski gave a welcome speech to all participants, highlighting the importance of the YES program and how the students will be ambassadors of Kuwaiti culture.

7) Three YES alumni and three alumni from another U.S. Embassy program in Suriname volunteered for a recycling project with Support Recycling Suriname (SureSur), an organization that promotes recycling and organizes cleanup activities around the country. Recyclables were brought from another district to the recycling center in Wanica, where the participants sorted sixty-eight bags of recyclable materials during the event. (Photo below)