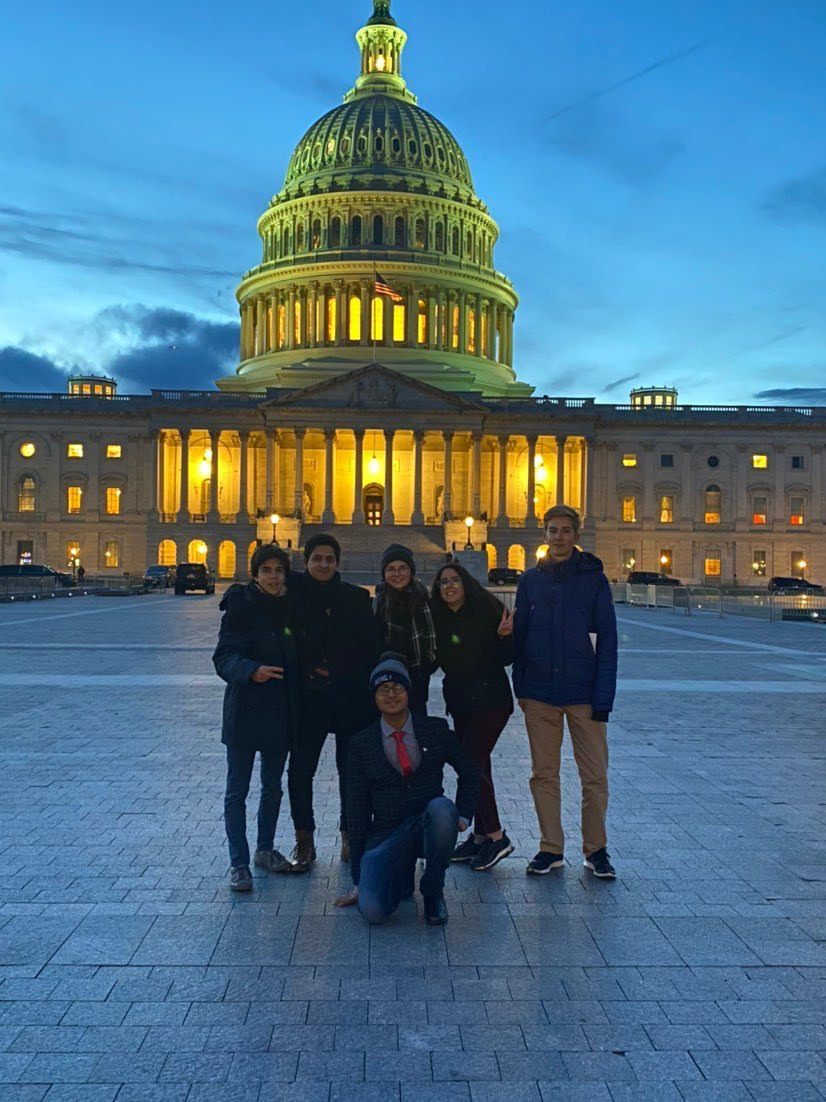 During my stay in the United States, my placement organization secured an opportunity for 30 exchange students and their families to visit the White House in December. The trip was interesting but what made it even better was that the White House was decorated with Christmas decorations. When we arrived in DC, we immediately went on the White House tour. Even though I was very excited to see the White House, it wasn't the highlight of my trip.

Once we were done with the tour, we felt like the trip ended too soon. Some of the chaperones decided to leave immediately after the tour was over, but I chose to stay with some other exchange students. To make sure everyone enjoyed their experience, the remaining chaperones decided to split the students in two groups, and meet at the Smithsonian Castle at the end of the day.

One of the groups decided to go the Smithsonian National Air and Space Museum, while my group decided to go to the Hirshhorn Museum. I really enjoyed admiring and exploring the beautiful architecture and modern art. After the museum tour, we went to the Capital Building, and took some pictures. We also managed to quickly visit the Supreme Court.

We ended the day with dinner at Washington Union Station, where I tried vegan noodles for the first time. But I have to say, I am not a fan! Finally, we caught a train back home to Baltimore, where my host mother came to pick me up. It was one of the most beautiful and unforgettable days of my YES year!