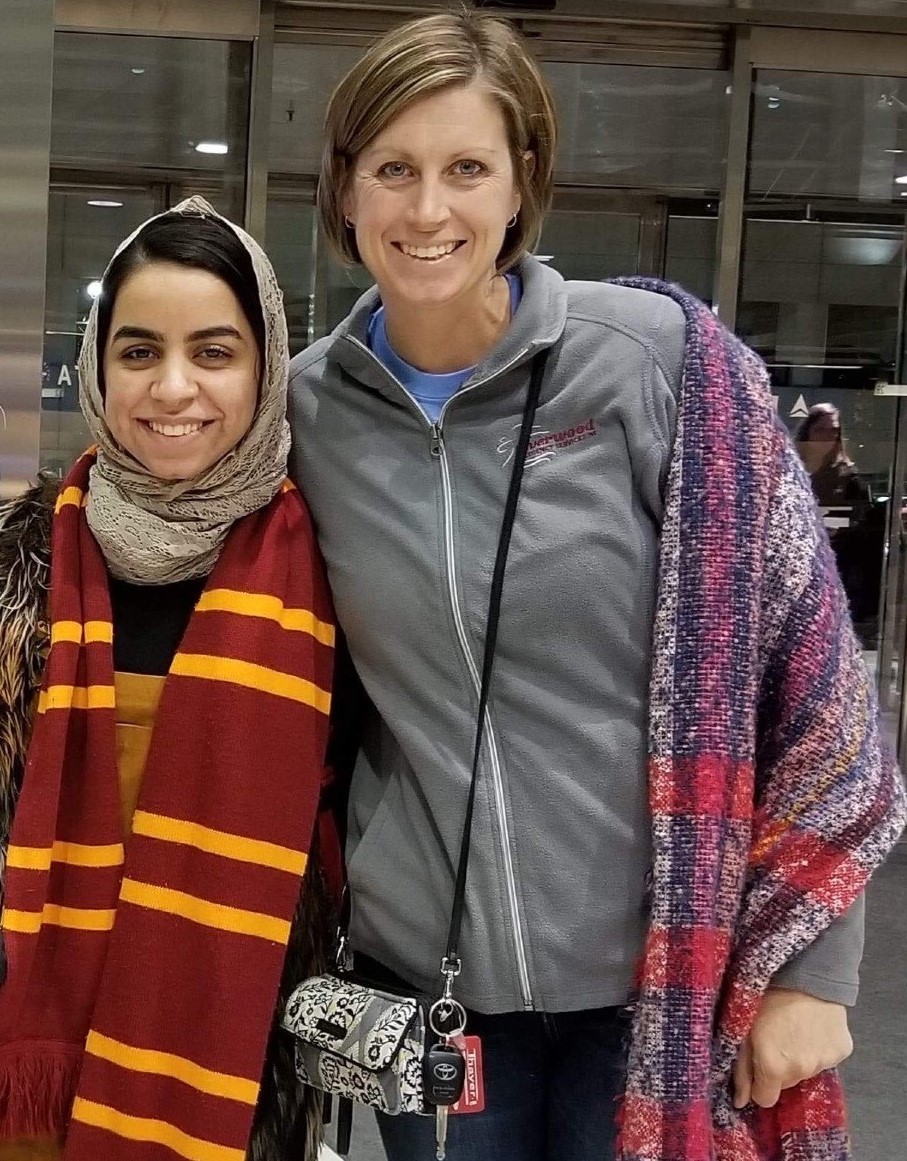 My exchange year started off on a rough patch. It was a struggle for me to assimilate into American culture, dress in American style, and find things to eat that followed my religious dietary restrictions. I reached a point where I thought that this experience might not be for me and was feeling very impatient. I felt misunderstood and was experiencing the culture shock that comes with participating in an exchange program.

After two months, I moved states to live with a different host family. I was nervous at the thought of having to start at square one again with a new host family where I’d have to re-introduce myself, and explain why I dress and eat in a certain way. I remember as I went down the escalator at the Toledo Express Airport and saw Jen, my new host mother, for the first time. I felt instant warmth and comfort as I saw Jen’s face. I was even confused at how I already felt relieved just by seeing a stranger’s face.

Jen embraced me as if I were her daughter who was returning home after a very challenging experience. Jen said that she imagined if it were Matty, my host sister, in similar position such as mine. It was with that thought that Jen knew she had to help me. It takes a special person to become a mother. A mother is someone who acts on her instinct to embrace a child. I was a 16-year-old girl from a foreign country who needed the comfort of a mother and a family, and Jen instantly provided me with that.

Throughout my experience, Jen was with me every step of the way. She supported me when I needed it. From picking me up from track practice to admiring my art, Jen treated me like her third daughter. Like a good mother, Jen listened to my daily rants and my secrets, helped me overcome many of my personal struggles, and helped me try new things. Even when I came back home, she helped me overcome my reverse cultural shock by video calling me, listening to me cry, and comforting me. From that first moment at the airport all the way back home in Bahrain, Jen has always been there for me.

I now can proudly say I have two mothers, one at home in Bahrain and another in the United States. If it wasn’t for the fact that we live on two different continents, I would most definitely be shopping at Meijers for groceries with my second mother, Jen, right now!