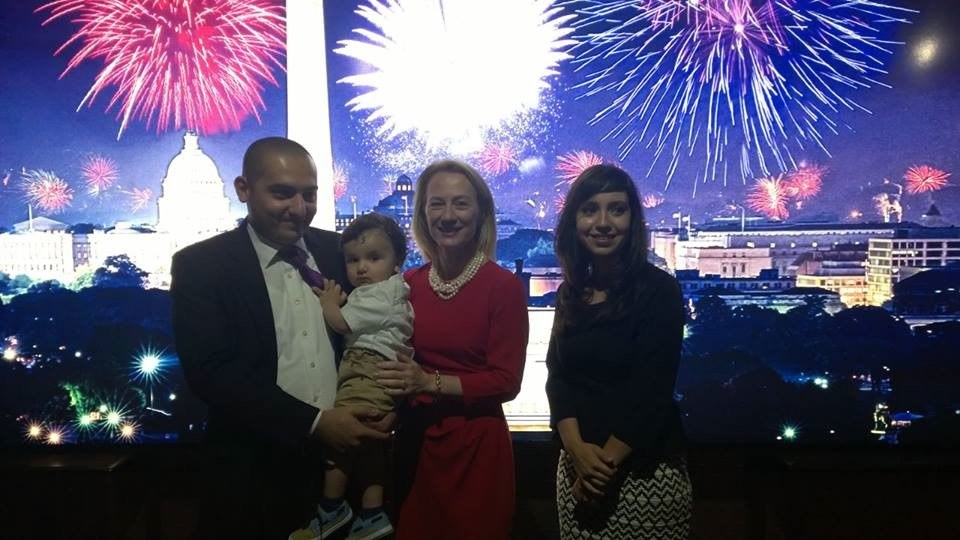 Photo: Amira, Ziad, and their baby with former US Ambassador to Jordan, Amb. Alice Wells

YES has been around long enough now that we are seeing alumni rise to prominent positions, make remarkable new discoveries, and grow deeply as individuals. In some rare cases, the YES alumni even grow together and start their own little YES families - like Amira and Ziad!

Amira Qarqash and Ziad Al Amour came to the US in 2004 - 2005 as part of the second cohort of YES students from Jordan. And they have been together ever since! Here's Amira's perspective on how the program shaped their lives, personally and professionally:

Photo, below: Amira with her host father and double placement host sister from Turkey in 2004 - 2005 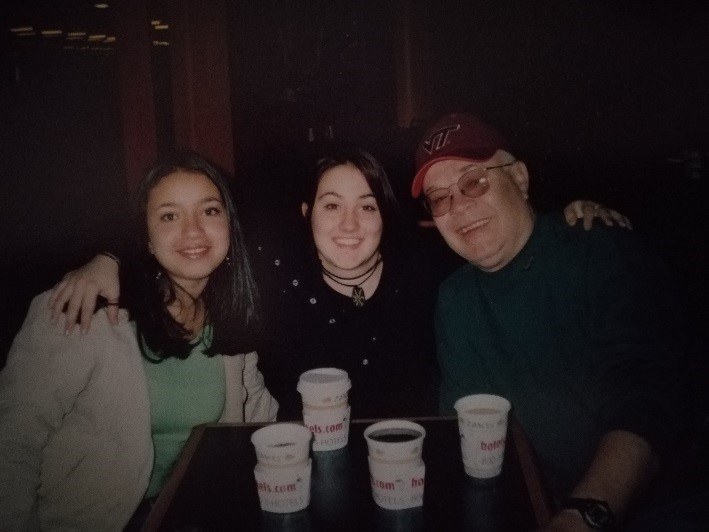 “The YES program is the reason behind the most beautiful things that have happened in my life. Through YES program I met my husband, Ziad Alamour, who is also a YES alumnus. It is why today I am capable of leading a team of 50 trainers at Luminus Education, the leading vocational training institution in Jordan, where I work as the Foundation Program and Functional Skills Training Manager, leading the creation of lifetime impact and changing lives of not only Jordanian youth but also over a thousand Syrian refugees who set off to find hope and make a difference.

Ziad and I started our YES family in 2013. In 2014 God blessed us with a beautiful YES child, Yahya. We both had full time jobs but yet felt the need to pursue our studies. Ziad did Masters in Structural Engineering and I did Masters in Business Administration. Being parents, students and employees was something many people thought was ‘mission impossible.’ I would not say I did not have doubts, but I am so blessed to have a life partner who has been beside me in every step, supporting my education, my career, and my mission as a working mother. He made it all seem so simple; he picked me up whenever I stumbled, and he constantly reminded me of the strong woman I am, especially when some felt comfortable doubting my abilities as a woman." 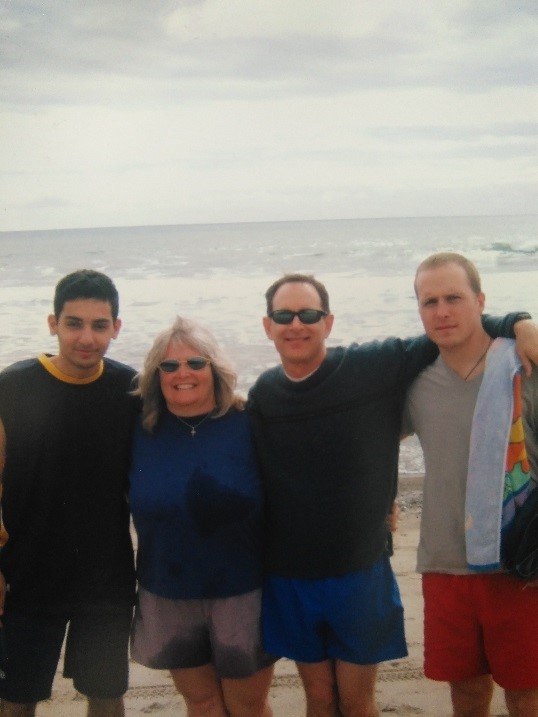 Amira continues, "We both believe in the role Ziad’s YES experience played in forming the man he is today. Being part of the YES program, living with an American host family at such a young age, when our values were in shaping and returning home a year later to the families who trusted us and fostered our ambitions all along, has made us a unique combination of the east and the west. This combination believes in equity and partnership, respects differences, appreciates them and learns from them, and can make change. At the end of our YES year, responsibility, empathy and commitment are the pillars our host families left us with. The pillars on which we built every life decision we later on made, to which we raise our child and influence others.”