A Young Leader in the Philippines 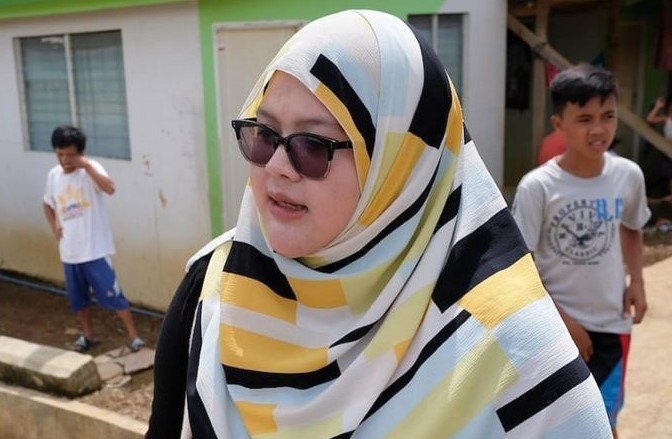 This article, about YES '16 alumna Faykha Ala (Hosted with World Link in Iowa), was originally published on the Crisis Group web site

It is a challenge to represent South Madaya Proper, a district in Marawi, the Philippines’ historic “Islamic city”, depopulated two years ago in a battle between government forces and jihadists. To do so, a young council chair says, she acts as both official and activist.

Faykha Khayriyyah Alonto Ala is the youngest official in Marawi, a Muslim-majority city in the west of Mindanao, the second-largest island in the Philippines. Having just reached her nineteenth birthday, she is surely one of the youngest in the whole archipelago. Last September, Faykha Ala was elected chair of a barangay (village) council, the smallest political subdivision in the Philippines, an achievement of which she and her family are proud. But her village, South Madaya Proper, sits empty and off limits, littered with unexploded ordnance, many of its buildings half-destroyed.

In May 2017, militants acting in the name of the Islamic State, or ISIS, seized a zone of 24 barangays in Marawi’s centre, holding the territory until that October. This “most affected area”, as the government calls it, was the epicentre of the Philippine military’s five-month battle to oust the insurgents. The military’s airstrikes and artillery barrages, as well as pitched battles with the militants, forced some 600,000 people to flee from Marawi and environs, including all the residents of South Madaya. Residents feel that the government has done too little to hasten their return to what they call “ground zero”.

I met Faykha Ala at a camp for internally displaced people (IDPs) on Marawi’s outskirts, where many of her constituents have lived for the past two years. Elevated above the shore of Lake Lanao, Marawi is a one-time American hill station, as Asia’s Western colonisers called their upland summer retreats. Today it is the capital of Lanao del Sur province and a centre for commerce, education and religion for the Maranao people, one of the three largest Muslim ethno-linguistic groups on Mindanao. In 1980, the city council designated Marawi, known for its mosques and Islamic schools, as the Philippines’ only “Islamic city”.

Many IDPs resent the government for bombing the city centre and then failing to facilitate a return to their homes. Some analysts warn that militant recruiters may exploit this bitterness. In the aftermath of the battle for Marawi, Faykha Ala acknowledges, some local people were vulnerable to the jihadists’ appeals. Recruiters told young Maranao that the government had disrespected their people. “So, it was a normal reaction for people to look for a refuge ... and some people found the wrong refuge”. But she does not see pro-ISIS militants as an imminent threat.

After fleeing the barangay, the vast majority of South Madaya’s people had other concerns, such as when the government would let them return. Faykha Ala joined the Let Me Go Home movement, which staged rallies and other activities advocating for IDPs’ rights. As the council elections approached, some villagers encouraged her to run for chair. She was hesitant, seeing herself as a government critic rather than a politician. Some of her friends told her to stick to activism, but her mother counselled her to consider how she might use a council position to achieve the same ends she was seeking in the movement, that is, to help the displaced. 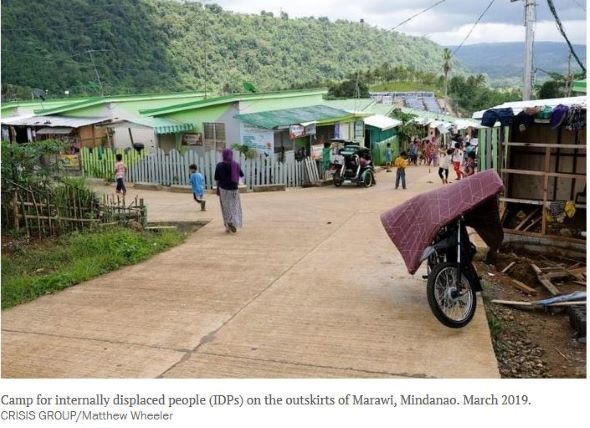 Politics runs in the family. Faykha Ala’s father served as barangay chair, and her grandfather before him. It is not uncommon for women to seek and hold elected office in the region. Most often, as in Faykha Ala’s case, novice politicians – men and women – fill posts vacated by male relatives who have reached term limits.

But some conservative villagers disapproved of her following in her father’s and grandfather’s footsteps. “We are at the stage of women’s empowerment”, she explained, “but still, the culture, the religion itself, teaches us that the man will always walk ahead of the woman”. Some told her to get married, so that she would have a man to support her. “Somehow, it is still weird for women to have a say. When I became barangay chair, it was considered a flaw to be young, single and a woman”. But Faykha Ala believes that, in her own way, she is acting in accord with traditional mores. “My father and grandfather, they walk ahead of me, and I will always get advice from them”. And when her views diverge from those of her older and all-male predecessors? “It’s my decision. My father will say, ‘You’re old enough’”.

The barangay chair’s job is challenging. Her constituents are scattered across three provinces and have diverse concerns. “It’s challenging because when we were in the barangay, people had the same needs. If there was a damaged road, the entire barangay would complain about it. You know you have to fix the road. Now, our constituents have different problems”. The most pressing of these is access to water. But many constituents, accustomed to Marawi’s temperate lakeside climate and now displaced to areas near the humid coast, also complain about the heat. “You want water, I can help”, she says, “but the weather?”

Faykha Ala worries as well that extended displacement is killing off a way of life. The Agus River runs through South Madaya, which flows from Lake Lanao to the sea at Iligan Bay. Most of the residents were lavanderas, people who launder clothes in the river, or fishermen, diving for fish. She notes that in their absence the government has built an embankment that will impede access to the water and has encouraged some to take up farming in their temporary homes: “Then you give them seeds and tell them to plant. Why would you teach that man to plant if he has spent his whole life as a fisherman?”

Life as an IDP is not easy. She feels that some of her compatriots regard the Maranao as a threat. In Cagayan de Oro, 100km north of Marawi, where her family first lived after fleeing the fighting, guards sometimes followed her in the shopping malls: “They see us in our veils, talking in our strong Maranao accents, and next thing you know there’s a security guard walking around us. And my reaction is, ‘I’m in pain. Why are you labelling me like this?’” Faykha Ala supports Rodrigo Duterte, the first Philippine president from Mindanao. But she cannot forgive him for saying that Marawi’s residents brought destruction upon themselves by “coddling terrorists”. This remark, she said, twisted perceptions of the Maranao across the Philippines. “We are the unconquered Maranao, unconquered by the Spanish. We have the Battle of Bayan [in 1902 against the U.S. Army], we fought against guns with swords and arrows. This is what people should know about us, not that we are ‘coddlers of terrorists’”.

In representing her constituents, and reconciling her identities as activist and official, Faykha Ala sometimes ruffles the establishment. “I go to [government] offices and ask questions. If I am not satisfied with the answer, I have to find it, even if it means talking to the media. I am not scared. ... The welfare of my people is supreme. I do what I have to”. Her persistence and outspokenness are assets in her job. “I have always been loud”, she says. “And I like arguing. Only my mother can ‘shush’ me”.

Faykha Ala is also a full-time second-year student at Mindanao State University, studying public administration, majoring in local and regional government. The demands on her time are heavy, requiring constant shifting between studies and official duties. And the job can be emotionally taxing. “People break down in front of me. You have to deal with it. You sit there and feel sorry. You can only do so much. I’m not Superwoman who can solve all your problems. Sometimes the best thing I can do is listen”. As the link between her constituents and the government, she must draw on reserves of patience.

Amid these expectations, the Bangsamoro Transition Authority faces a colossal task, as outlined in Crisis Group’s report The Philippines: Militancy and the New Bangsamoro. It must erect an entirely new institutional edifice in the poorest part of the Philippines in just three years. The new Bangsamoro autonomous entity replaces a previous autonomous region established in 1989 as part of the peace deal with the MNLF and must contend with the legacy of this “failed experiment”. Faykha Ala is optimistic, though, that the Bangsamoro can succeed “as long as there is clear communication between local government and the Bangsamoro Autonomous Region”.

Faykha would like to see the national government lift martial law, which the president imposed on all of Mindanao on 23 May 2017, the first day of the Marawi siege. Congress has since extended it three times, most recently until the end of 2019. Faykha says martial law has helped bring a sense of security, especially in tamping down rido, or clan feuds, but that it comes with a cost. She is concerned about the impact on Marawi’s children. “I want the next generation to see that you do not need the military to have peace and order in your place. … Someone needs to tell them, ‘You don’t need to have a gun. If you have wisdom and values, you can be admired instead of feared’”.

Marawi’s youngest official appreciates the scale of the challenge she has taken on in helping the Bangsamoro region reap the benefits of its new autonomy. She is now “rowing in two rivers”, she says, meaning that she combines the roles of official and activist. “Now I have two perspectives. I can see clearly the government plans and at the same time, I see what the people want”. She embraces the opportunity to bridge the gap between the two. “You don’t have to be a man or be married. You can be single, widowed, have kids. Things will be easy if you love it. … Despite the stress, I can say I am grateful for having that honour”.