Ability to Capability: Empowering a Community in the Philippines 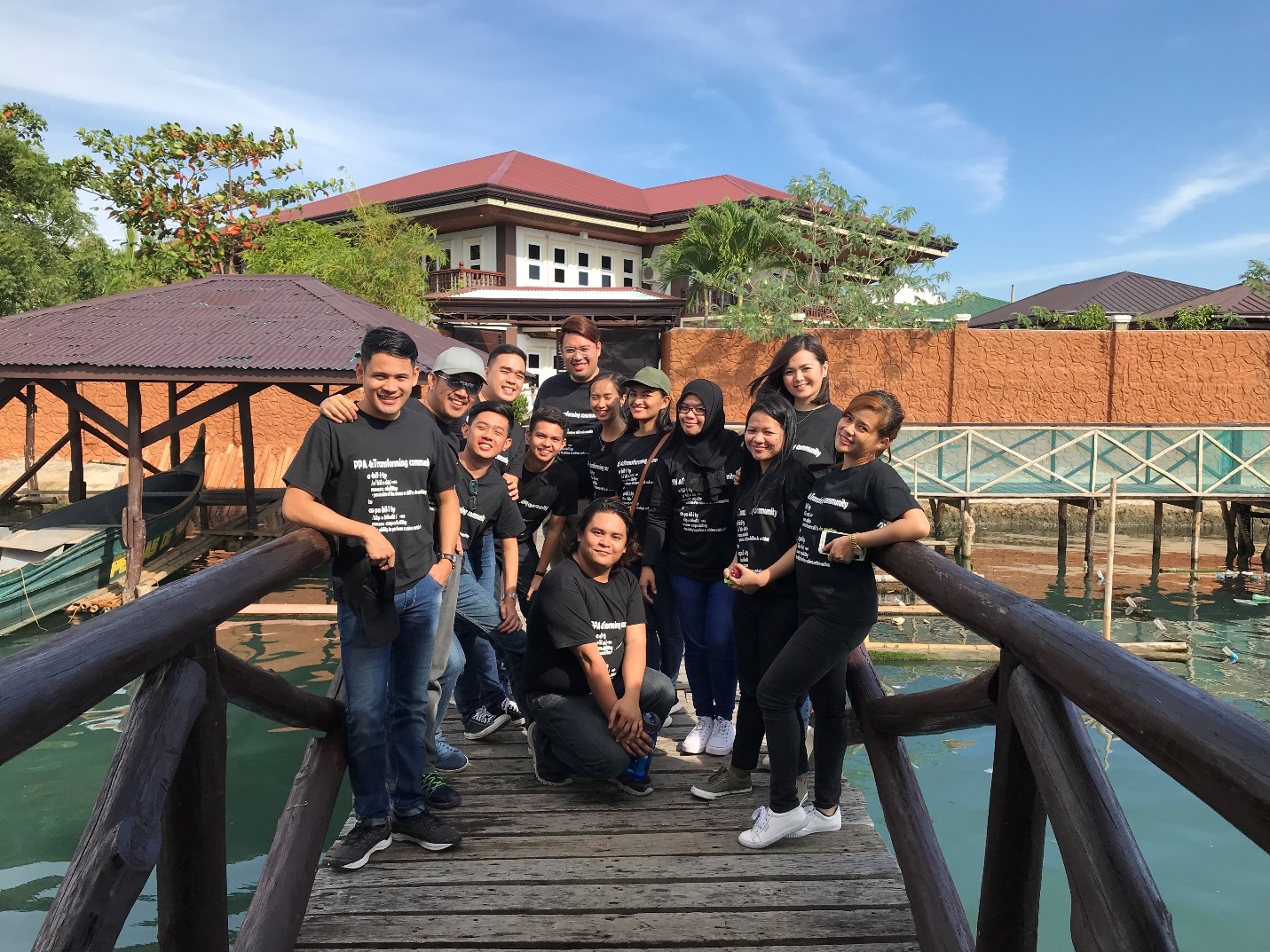 I am Sarah Mae Ismael, and I had the chance to study in the United States in 2005. Back then, I was amazed by almost everything I saw and experienced. I remember thinking to myself, “I wish the Philippines was more like this.” I also distinctly remember telling myself that I needed to go back to the Philippines and make sure that I contribute something that makes a difference.

Going to school and interacting with my American classmates made me realize that there was still so much I had to learn. In 2006, I came home to the Philippines with the drive to work for inclusiveness and mutual understanding.

It has been a personal commitment of mine to do a community service project every year with a special group of friends. We usually choose a certain group of indigenous peoples to focus on, and we then implement appropriate projects that help them gain access to various facilities. It is our goal to help them develop sustainable communities that are rooted in their own cultures. This year, we decided to choose a place that is close to my heart: Barangay Taluksangay in my very own city of Zamboanga. 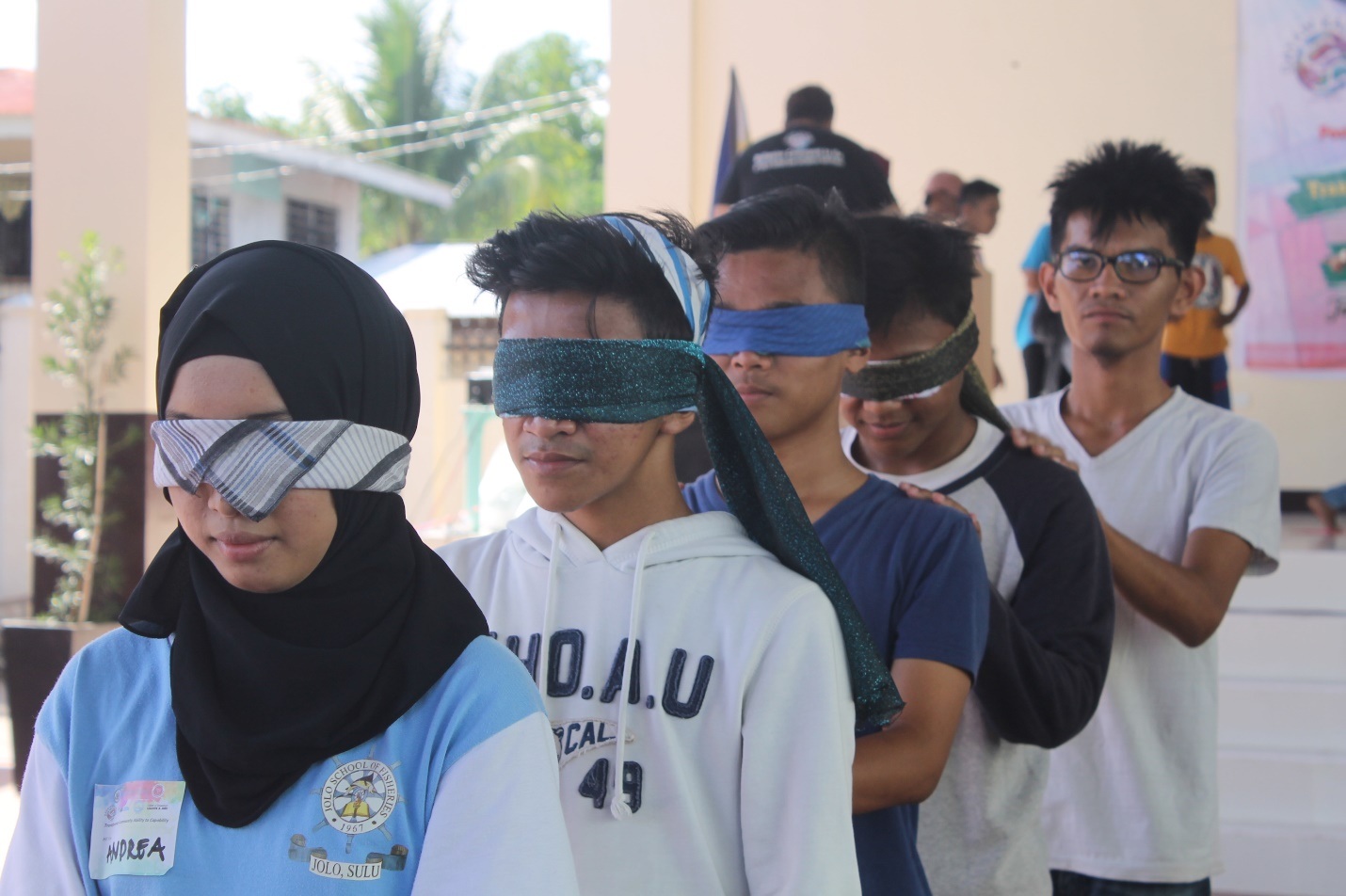 Participants were asked to navigate the court to find specific items while blindfolded. The leader, positioned at the end of the line, was the only one who was not blindfolded.

Barangay Taluksangay is a coastal barangay that is 18 kilometers from the city center. The islet was originally home to the Sama Banguingui, but other tribes sought refuge in Taluksangay during the height of Martial Law in the 1970s. It is now a Muslim community composed of various indigenous tribes. During the 2013 Zamboanga siege, it once again opened its doors to families who lost their homes due to the war. Now, it is home to about 8,500 people; 80% of whom live in houses on stilts.

After a series of consultations with key members of the community, our group was able to flesh out some key areas that could be improved. Being a largely Muslim community, topics on sex education (including HIV and other sexually transmitted diseases) are not openly discussed. This year, there has been one confirmed case of HIV in the barangay, which is quite alarming. It is typical to see families with many children, and maternal death during pregnancy is not uncommon.

On the bright side, the community has a youth organization composed of people who are full of potential. The Barangay Council is very supportive and proactive, and there are various community resources that are waiting to be tapped for the community’s further development.

Because the community raised concerns that varied in scope, our group decided to “adopt” the community from January to March of this year. We believed that the community already had the ability to respond to their concerns and so we decided to tap into that. We named the project, TCA2C: Transforming Community Ability to Capability.”

The project, funded by a YES Alumni Grant, started with a conversation with community leaders. The purpose of the meeting was to establish areas where we could help the community. and to provide initial consultation. 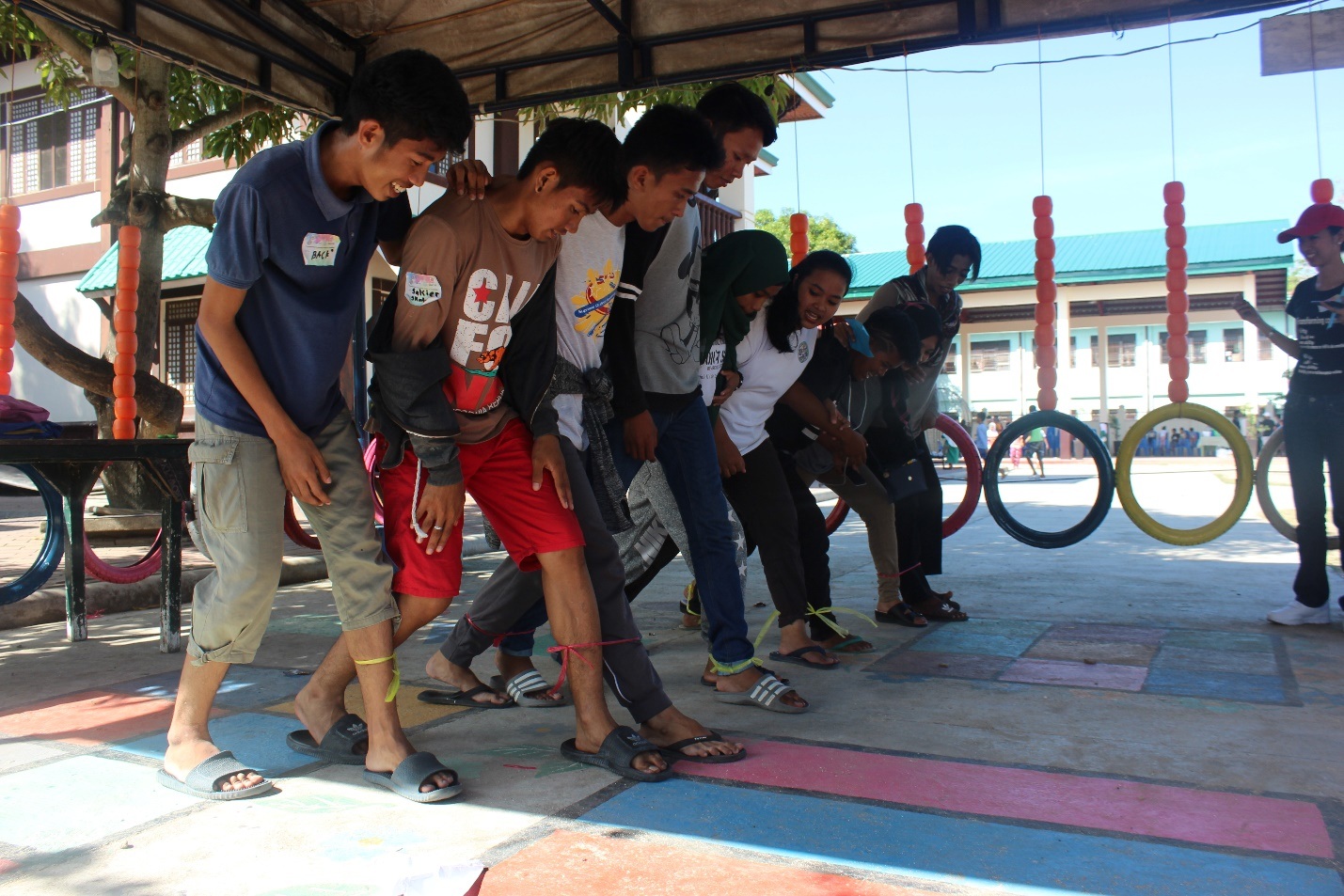 One part of the leadership activities required groups to complete a mini obstacle course while their legs were tied together.

Working with the Youth

A few days later, we held a leadership training with the young and aspiring leaders in the community. The young leaders of Taluksangay are hardworking, and they actively participated in the activities. Participants were given modules about the theories and principles of leadership. They were also given the chance to work with their peers in group activities and workshop sessions.

After the academic discussion, youth participants were given the chance to apply the principles and theories they learned in various team-building activities. For half a day, participants took part in various activities testing their leadership skills.

After all the activities, the young leaders shared how much they appreciated the activities and how they would like our group to come back again. 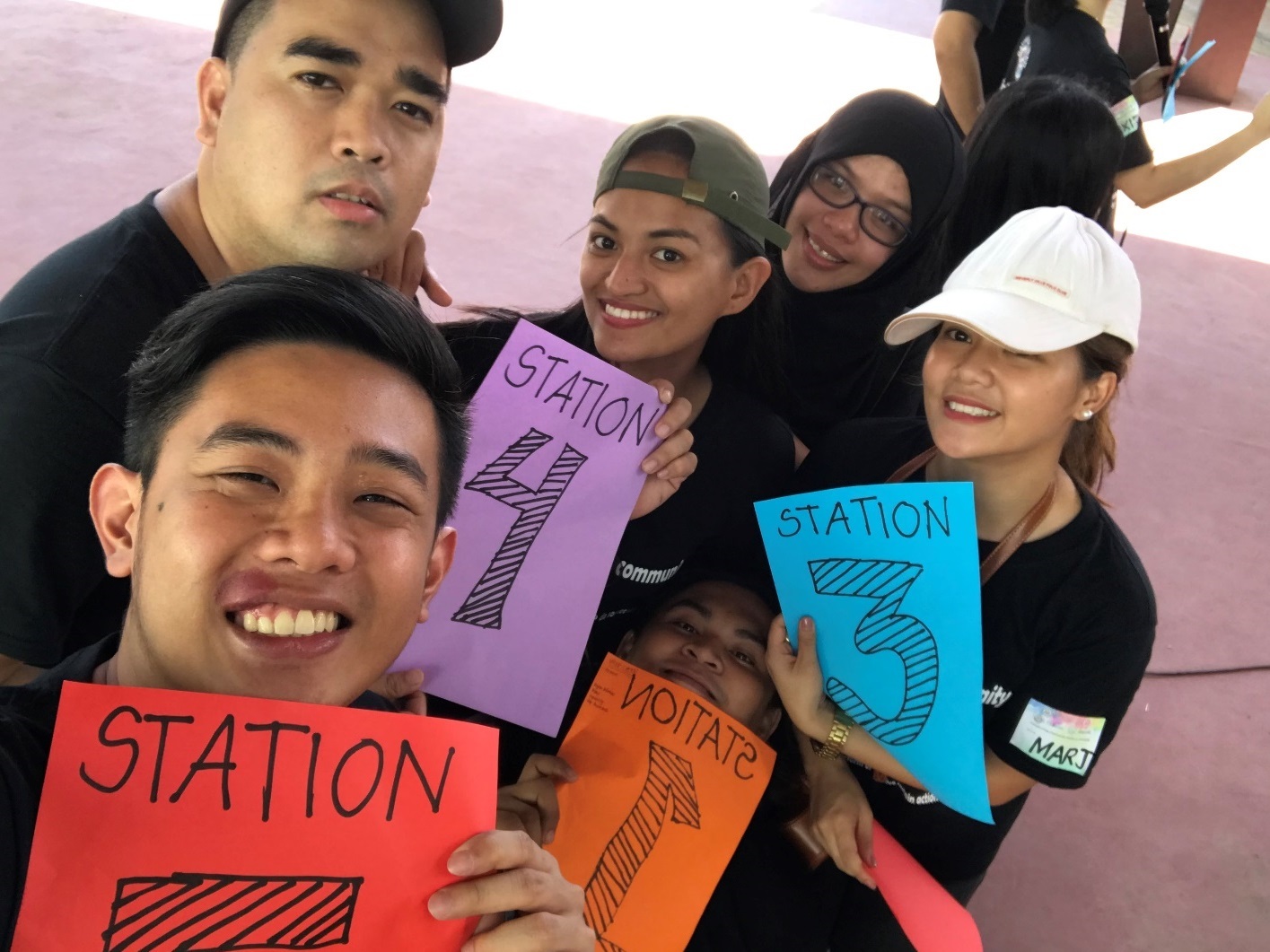 Working with the “Transformers”

Although this activity was not in the original plan, the Barangay Council specifically requested for our group to have conversations with people who used to be addicted to dangerous drugs, a group that the Barangay Council fondly calls the “Transformers.” In partnership with the police station, the focus of the conversations was on programs available for reformed addicts, lectures on the effects of using dangerous drugs, and inspirational talks. 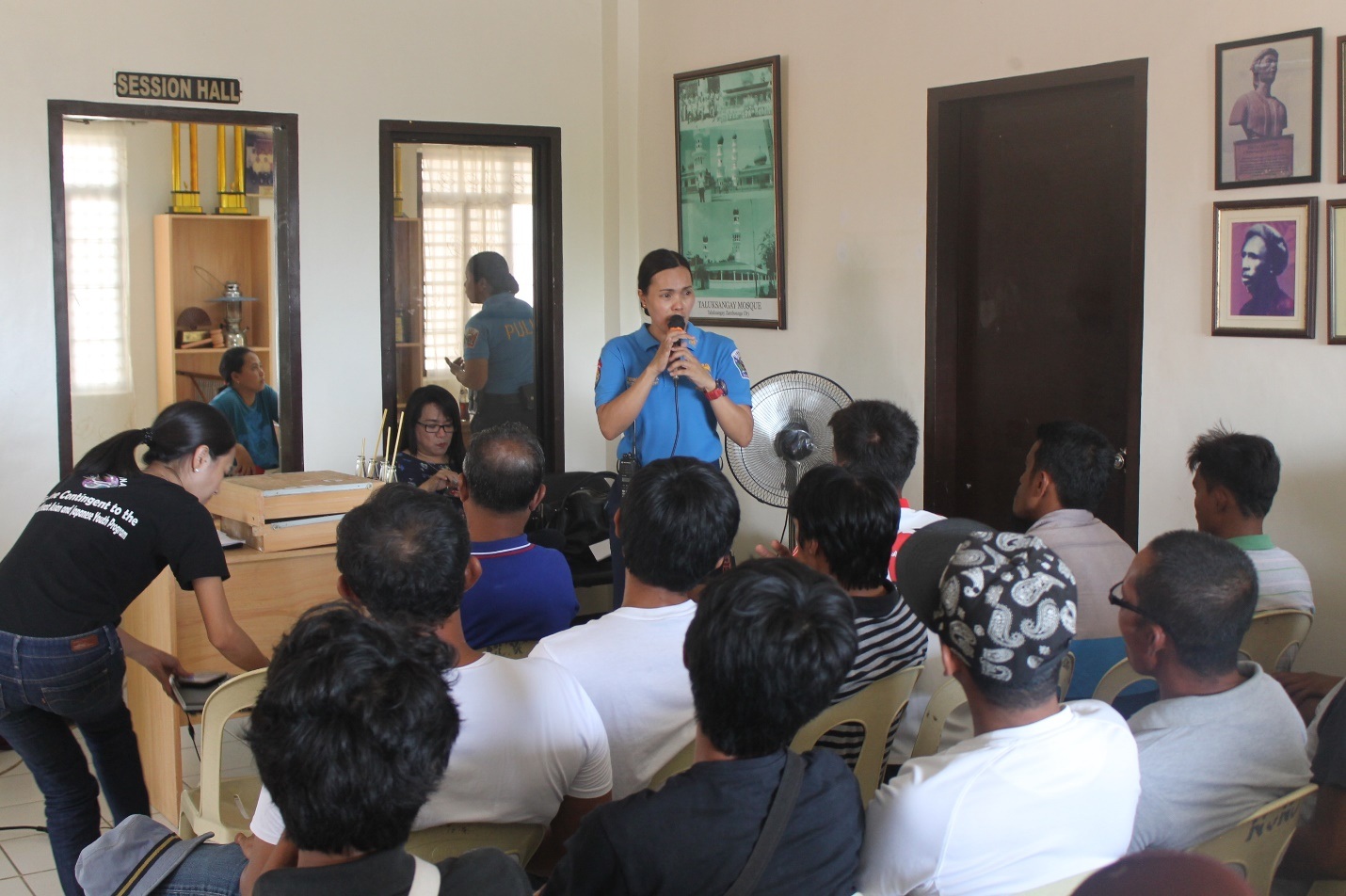 Working with the LGBTQ+ Community

The program also benefitted members of the LGBTQ+ community. In coordination with YPeer-Pilipinas, participants were given a training module focused on topics such as the importance of HIV awareness, practices and risk factors that increase vulnerability to HIV and other risk factors, safe sex, the importance of HIV testing, among others. Participants were also given the chance to ask questions about concerns they might have that they have not asked before because of many factors.

Because Barangay Taluksangay is largely Muslim, it can be quite challenging for members of the LGBTQ+ community to seek help or guidance when it comes to matters related to sex. The sessions were designed to provide a safe environment where the participants could freely ask their peers about things that they wanted to know, especially on HIV screening. The Department of Health also distributed condoms to the participants. 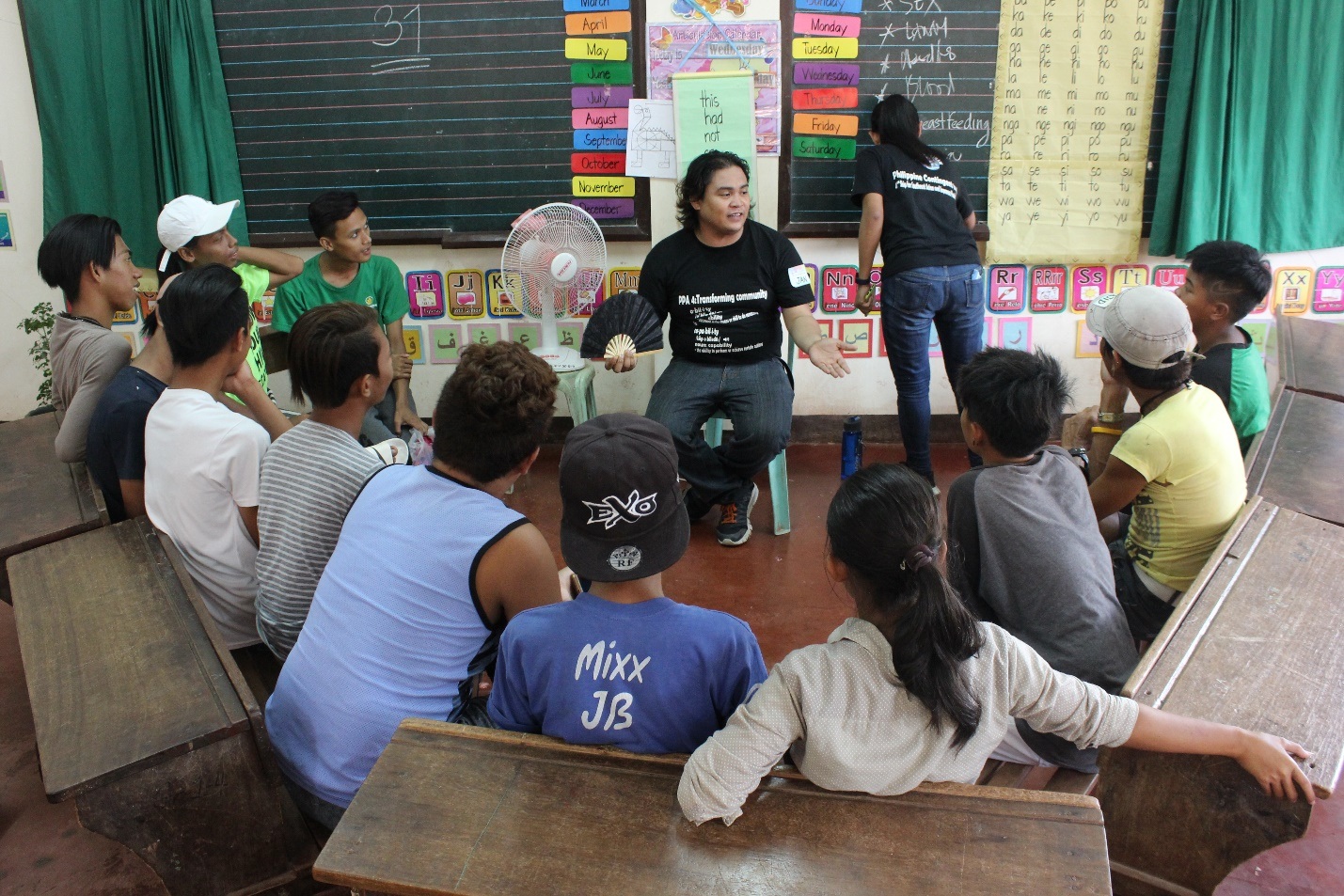 While there was a low turnout for our HIV Awareness and Prevention Seminar, this was likely a result of the stigmas associated with being labeled as part of the LGBTQ+ community. A few days after the session, the barangay captain shared with our group that he is planning to formally organize an LGBT group in the barangay. He even said, “Where [sic] the community likes it or not, we have to ACCEPT them, and create a structure or mechanism so we can disseminate information well, especially on matters related to HIV.”

The mothers of Barangay Taluksangay were also beneficiaries of the program. They are primarily the beneficiaries of the Philippine government's Pantawid Pamilyang Pilipino Program (4Ps) (English: Bridging Program for the Filipino Family) under the Department of Social Welfare and Development. There was a session on responsible parenthood and family planning. In the afternoon, we invited someone from the Department of Social Welfare and Development and parents had the chance to ask questions and clarifications about the 4Ps program. 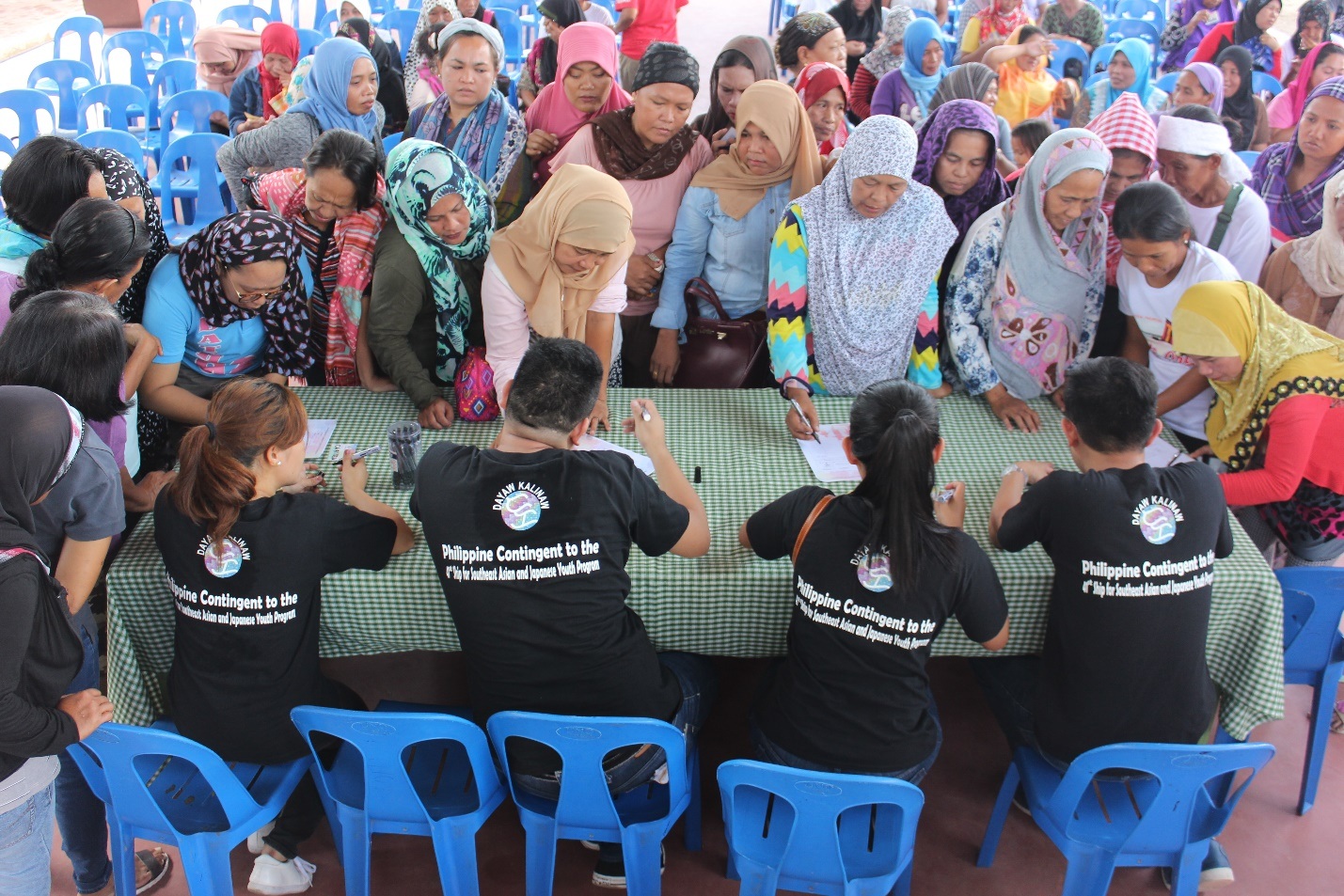 As part of our project, we also invited teachers from all over Zamboanga to a session on teaching competence and passion. In coordination with EDgeUCATORs Zamboanga Peninsula and the St. Joseph School of Zamboanga, more than 60 teachers gathered together to learn about the new Philippine Professional Standards for Teachers (PPST) and to listen to talks that would ignite or re-ignite their passion for teaching.

While preparing to implement this project, I was able to realize the truth of the idea that the best way to help a community is to involve the community. Every community already has the ability to improve and help themselves; sometimes a little outside help may be needed to turn the ability into capability.

We know that we cannot be the saviors of communities, but our group wants to reach far communities and do our part in making sure that they get access to education and other opportunities.

The success of the project would not have been possible without the help of the U.S. Department of State’s Bureau of Educational and Cultural Affairs. The grant we received turned our desire to help the community into a reality.

I would also like to thank the people of Barangay Taluksangay and the Barangay Council for welcoming us, and strangers from different parts of the Philippines for teaching us about their ways and culture. Our original goal was to join the community to help, but in fact, we were the ones who learned so much more during the program. I would also like to express my deepest gratitude to the Nuño and Johan family from Barangay Taluksangay, who welcomed us with open arms and supported the project all the way.

Finally, none of these successes would have been possible without the help of my team, the Dayaw Kalinaw. They volunteered countless hours to plan and implement this program. Despite the challenges and difficulties of doing community work, things become easier when one does it with people who share the same passion and drive. It is easier to turn ability into capability when working together rather than doing it alone.