Access For All: Compilation of Former Students of the Month

In honor of the upcoming 30th Anniversary of the Americans with Disabilities Act on July 26, 2020, and to promote the importance of the Access For All campaign, we have compiled a list of former Students of the Month. These students all had successful academic exchange years in the United States—in all areas of life, including academics, recreation, volunteer work, and personal improvement. Read more about their experiences below. 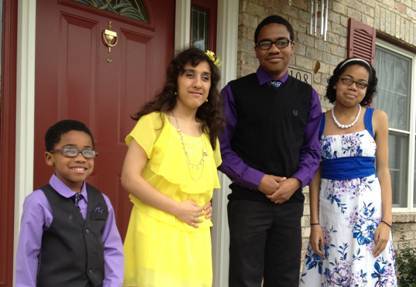 Safira Bibi, May 2013 YES Student of the Month

Safira (YES 2012-2013, Pakistan, YES 2012-13, Pakistan, hosted by ASSE in Louisville, KY) was the first blind student from Pakistan to come on the YES program. She attended both the Kentucky School for the Blind and Central High School in Louisville, KY during her academic exchange year. For the first time, she participated in cheerleading and competed in track, winning three ribbons. She also discovered a love of public speaking, ultimately taking second place in a speech competition for her dramatic reading of Dr. Martin Luther King, Jr.’s “I Have a Dream” speech. In addition, she has give ten country presentations and public speeches in all, including presentations at both her schools and at Lions Clubs. Beyond academics, Safira learned to cook, shop, clean, and budget independently. Read more about Safira's YES experience here. 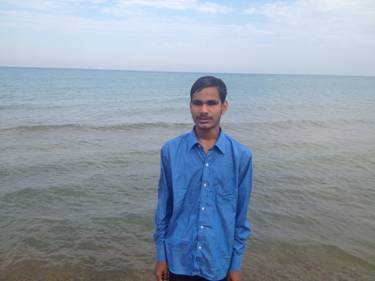 Ajit (YES 2013-2014, India) was very active in sports and extracurricular activities during his exchange year in the United States. He gave many cultural presentations about his home country of India and made many friends. Ajit, who is blind, attended the orientation given by Mobility International, USA in Eugene, OR, in August 2013, where he thoroughly enjoyed a ropes course in the woods, gardening, and riding a tandem bike. He enjoyed partaking in many new experiences with his host family, like kayaking, apple-picking, and rock climbing. As a student at the Indiana School for the Blind and Visually Impaired (ISBVI), Ajit participated in the Chess Club and shot put, and was even elected vice president of the Student Council. Read more about Ajit's YES experience. 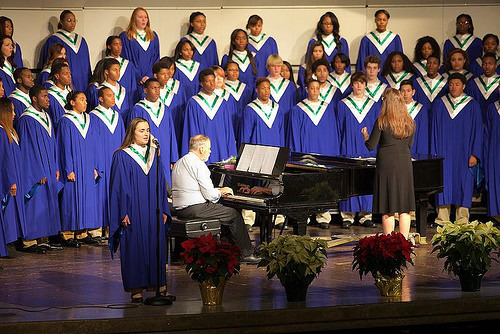 Nadina (YES 2014-2015, Bosnia and Herzegovina, hosted by AFS-USA in Cincinatti, OH) performed songs with her host school choir and played the piano during her exchange year. In addition to her musical activities, she took up running and cycling as well. Furthermore, Nadina volunteered as team captain in an annual charity event called the Vision Walk, hosted by the Foundation Fighting Blindness. Because Nadina is blind, she had a guide dog named Roxie that she trained to attend school with her, find doors, negotiate stairs, and even identify the host family’s car in a parking lot. Nadia said of her guide dog: "It has been very rewarding. I have changed Roxie’s life, and she has changed mine." In addition to training her guide dog and all her school activities, Nadina received weekly orientation and mobility instruction, attended classes on teaching for the visually impaired, and learned adaptive software on her laptop. Read more about Nadina's YES experience. 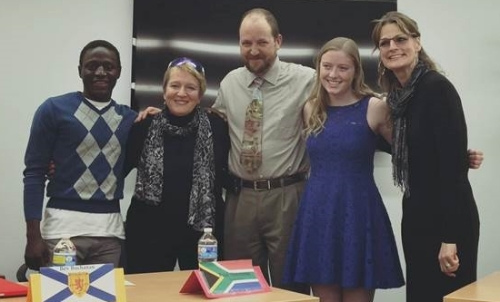 Nehemiah (YES 2015-2016, Nigeria, hosted by World Link in Arvada, CO) volunteered in a variety of capacities during his time in the U.S. He was a mentor for his school's first Robotics program, advising them weekly on how to use their creativity to improve their math and science skills. As a member of the Junior National Association for the Deaf, he attended weekly meetings to discuss issues related to academics and events. For International Education Week, he gave six presentations and he represented Nigeria on a Global Deaf Panel held at his school, as the only student panelist. In addition to his wide array of impactful volunteer work, he also enjoyed recreational activities like learning how to bowl and playing volleyball. Read more about Nehemiah's YES experience. 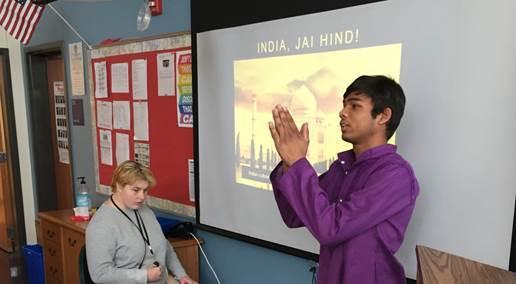 Tanmay (YES 2016-2017, India, hosted by ACES in Columbus, OH) was very active at his host school, the Ohio State School for the Blind, serving as student council president and participating in the varsity wrestling team, debate team, an arts and crafts group, and National Honors Society. He was also active in community service projects. He started a campaign called “Drive with Smile” in downtown Columbus to motivate students from diverse backgrounds and he volunteered at the Sight Center of Toledo and with the Mounted Police in Columbus. During his exchange year, Tanmay also had the opportunity to interview one of his idols, Erin McCahan, author of Love and Other Foreign Words. Tanmay also enjoyed sharing his culture with his peers and doing chores around the house with his host family. Read more about Tanmay's YES experience. 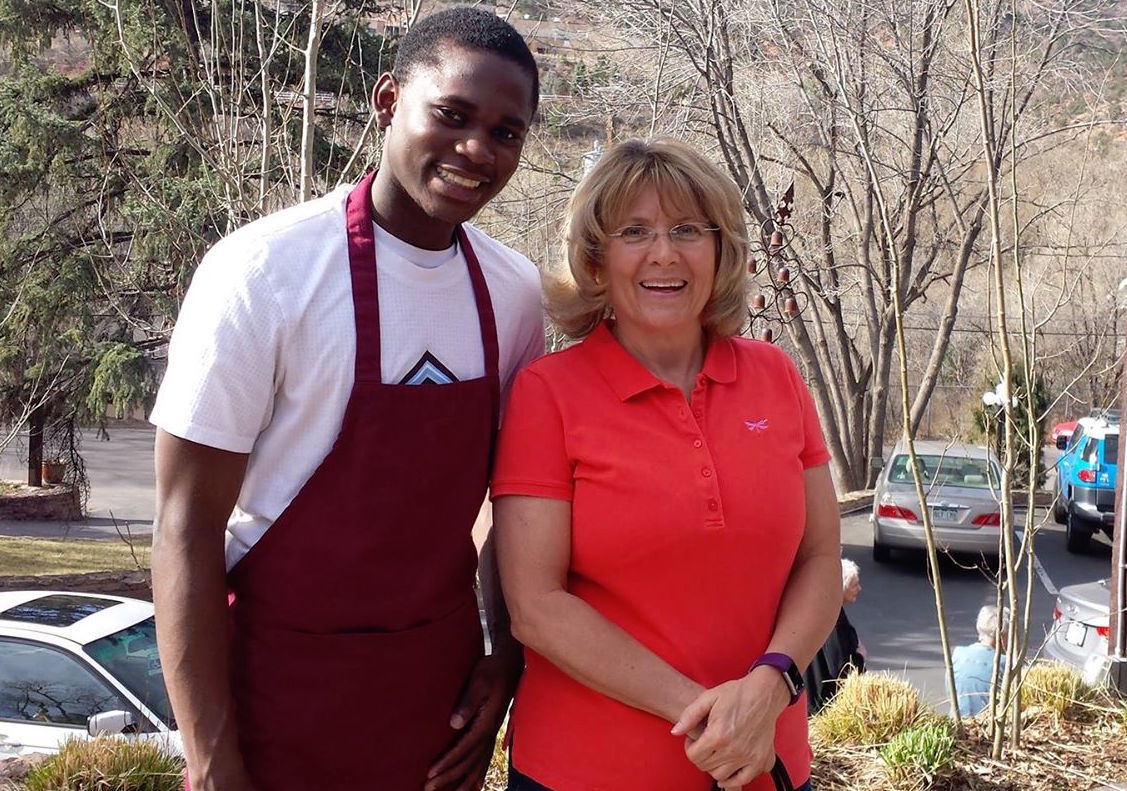 Godwill (YES 2016-2017, Ghana, hosted by World Link in Manitou Springs, CO) was not only a YES Student of the Month, but was also voted Student of the Month by his host school, in addition to being voted “Senior Most Likely to Change the World.” In addition to his membership in the Key Club and various sports teams, Godwill volunteers with the Salvation Army and for Down Syndrome and Muscular Dystrophy fundraisers. His Global Youth Service Day project, entitled “Declaration of Independence for People with Disabilities,” involved community support for a book drive, collection English-language books for a training center in Ghana for students with disabilities. His volunteer work and social life meant that Godwill was constantly speaking; he stated that he was able to "forgo the mental restrictions that I stutter" and gain confidence in himself when interacting with others. Read more about Godwill's YES experience. 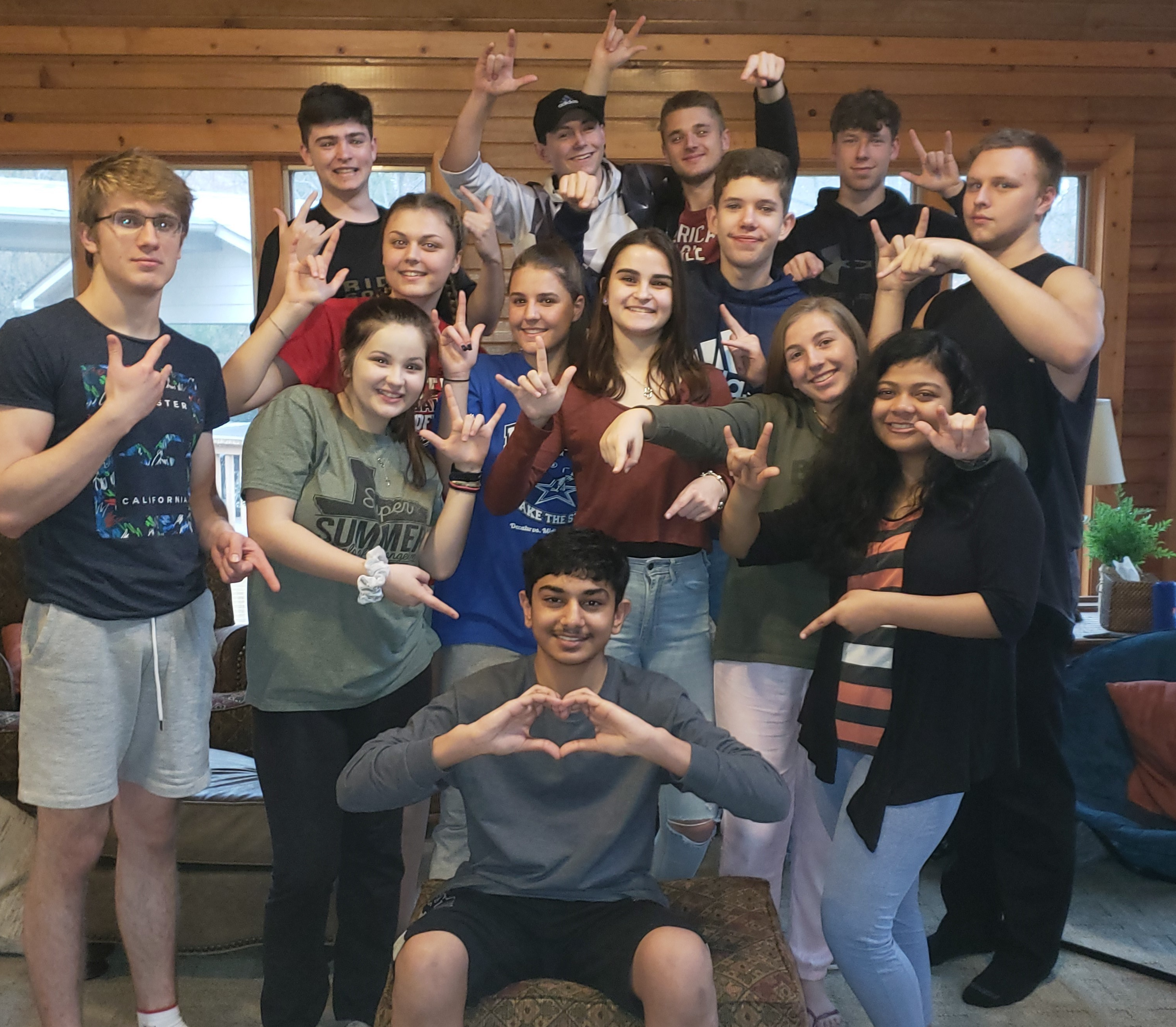 Abdul (YES 2018-2019, Pakistan, hosted by CIEE in Buda, Texas) was an involved member of his community and host school, the Texas School for the Deaf in Austin, Texas. He gave a presentation in American Sign Language on the culture of his home country of Pakistan for International Education Week. Abdul was also involved in sports, participating in cross country, swimming, and wrestling. He also was chosen by his school community as a flag bearer at numerous local football games. He volunteered with D-Now, a local church service group for which he collected food donations and helped organize food deliveries. He enjoyed getting to know his four host siblings, who are all also deaf. Read more about Abdul's YES experience. 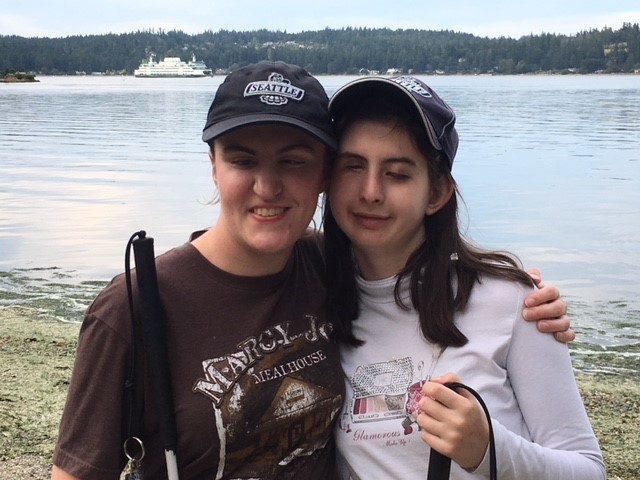 Ilkay (YES 2019-2020, Bulgaria, hosted by PAX in Kent, WA) was involved in multiple music activities and sports teams during her time in the U.S. She wrote blues songs and took up dreams, and won a medal in a swimming race despite not knowing how to swim when she first arrived on program! Furthermore, she became the first international exchange student at her school to be invited to the annual Goalball (a sport similar to soccer designed specifically for people with visual impairments) tournament. She also won the annual WSSB Cross Country Ski event and joined the hockey team with her host sister, who is also blind. She also designed activities for students in her exchange cluster to educate them about the blind community. Ilkay also was able to learn grade 2 Braille with the help of her host sister and she now loves to read! Read more about Ilkay's YES experience.