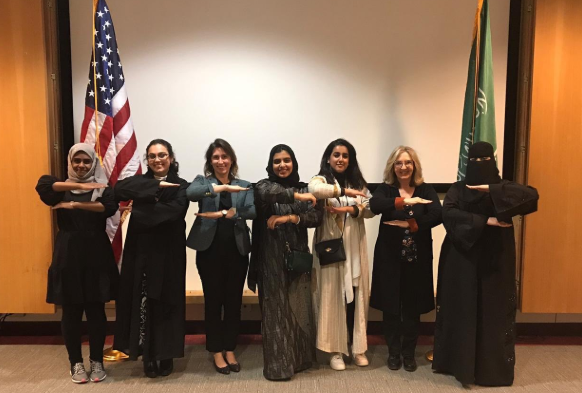 On February 3, ten YES alumnae attended the Workshop on Advancing Women’s Professional and Leadership Skills at the U.S. Embassy in Riyadh. The Deputy Cultural Attaché, Ann Mangold hosted the workshop and gave opening remarks. The Executive Director of International Smart Advancing Women (iSAW), Nancy Speidel, was the main presenter at this workshop, which was mainly about how women can build their confidence in a professional setting.