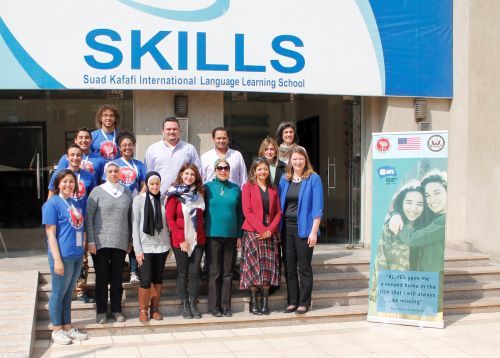 Shortly before the global COVID-19 pandemic, fifteen YES alumni implemented a series of intercultural learning (ICL) workshops in four schools for approximately 200 students aged 13-15 years old. The workshops focused on teaching students about cultural identity and diversity, and their roles in social relationships. The alumni led highly interactive sessions that engaged students in exploring how culture impacts our experiences. The sessions also brought topics such as identity and diversity into greater awareness, which helped students effectively and appropriately navigate cultural differences.

The workshops aimed to provide participants with key concepts and definitions to foster a high level of cultural awareness, to give participants an opportunity to hold intentional conversations and interactions with people from backgrounds different than their own, to help students begin recognizing misperceptions and stereotypes they might hold about various identity groups, and to encourage non-judgmental approaches to discussing cultural, social, or other types of differences. Ms. Rachel D. Leslie, U.S. Embassy Cultural Attaché, attended the workshop held at the Skills School in Greater Cairo. 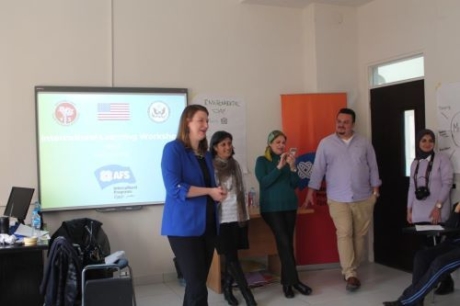 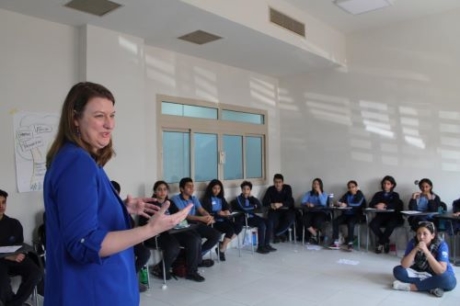 We could tell from the students’ feedback that the workshops left them with a new sense of being and belonging and with a more insightful perspective on themselves, their colleagues, and their society. As a result of these workshops, the Al Mostaqbal school principal asked the alumni team if they could deliver a workshop for the teachers as well, and two schools have requested a workshop for their own students.

Though additional workshops have been put on pause, alumni are exploring the idea of virtual workshops, as well as making plans for more in-person workshops once schools can safely open. In the future, the team is planning to deliver the workshops to teachers and high school students, and to hopefully make it a consistent project that happens all year long.