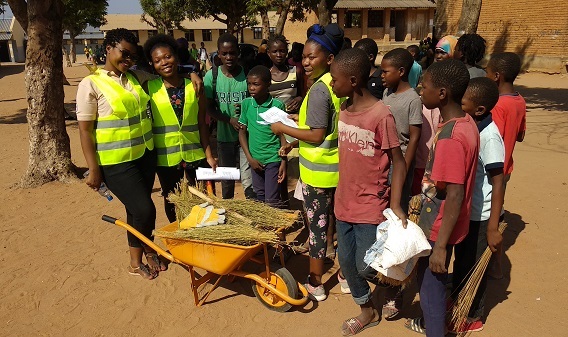 I am one of the founders of the Mozambique YES Alumni Association (AYAMO). While on program, I attended various workshops on community development, fundraising, peace building, and intercultural learning. The YES Program is about giving tools to young people, youth ambassadors, so that they can make the world a better place.

To honor the YES program’s spirit of volunteerism and 15th anniversary, the alumni association organized a school clean-up activity for students ages 10-13 years which took place in Maputo on September 15 and 17 and from September 29 to 30 in Nampula. The events involved 13 YES Alumni, 8 volunteers, approximately 90 primary students, and members of the local school boards. 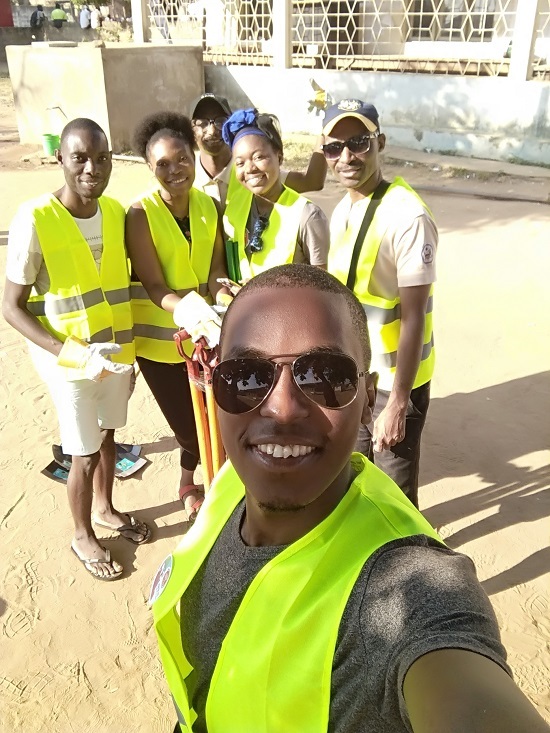 Many public schools in Mozambique have serious problems with waste management, especially after school breaks when trash is often left on the floors and desks throughout the schoolyards and classrooms, putting the health and well-being of students at risk.

The alumni felt there was a need to raise awareness of the environmental and health impact of the current trash situation as well as the importance of using the trash cans for disposal. We also wanted to impress upon them that a cleaner learning environment can also have a positive effect on mental well-being and school pride.

In Maputo, on the first day, the attendees began by cleaning up the classrooms and the schoolyard. The alumni then held a session on how to mix paints to create secondary colors and how to draw on colorful papers. The students then made their own colorful paintings to hang in the schools. A team led by Maximiano Mangue (YES`13) and one of the volunteers, a painter, drew a poster on the wall of a boy dumping trash in a trash can and saying “Lixo no Chão não” (which literally means “No litter on the floor”). The team in Maputo also placed 6 trash cans around the schoolyard. 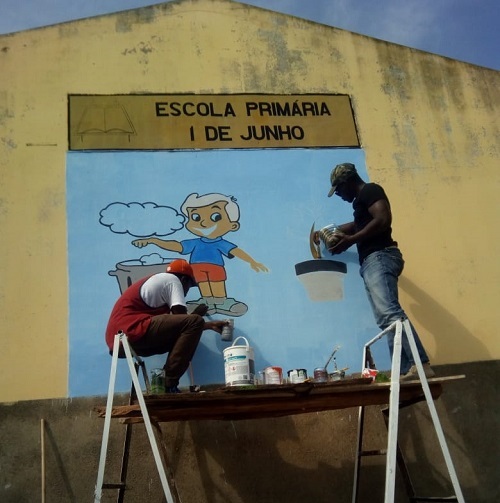 In Nampula, the YES team led by Jonito Ribeiro (YES`10) and Sunisa Casúla (YES`18) organized a school clean-up project at Serra da Mesa Primary School, Muhala Expansão, Nampula, with approximately 70 elementary students. After the event, the brooms, rakes and gloves were donated to the school. 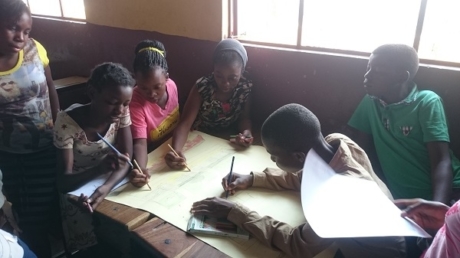 The second day of the project was focused on environmental impact awareness. YES`14 alumni Malik Pravinchandra, Evanildo Bambamba, Cleide Naitimiane and Arcanjo (a volunteer) held an environmental session for approximately 1000 students over the course of the day. They went to every classroom (40-50 students) and spent about 15-20 minutes in each class talking about the importance of keeping the school clean.  I remember Evanildo saying “it`s not enough to clean the body without cleaning the mind,” meaning we should not just focus on cleaning the school but making sure the students sustain the momentum by understanding the importance of keeping their school clean past this one event. We feel we had a positive impact and that the students will be able to not only make changes at their schools but also in their homes and communities. 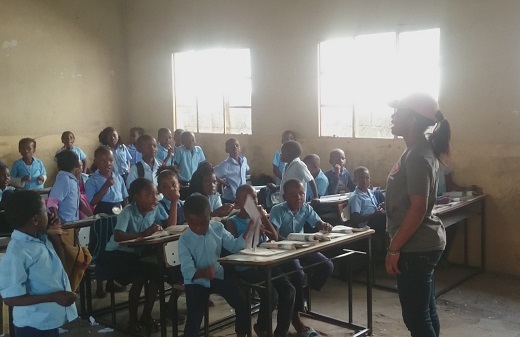 After the project, the alumni teams gathered to evaluate the event, review past accomplishments of AYAMO (Mozambique YES Alumni Association) and made plans to conduct more community projects to empower more youth around the country. Everyone was proud of becoming active members of the association and community.

Finally, we would like to thank the following for making this possible: The U.S. Department of State, Bureau of Educational and Cultural Affairs for sponsoring the YES Program and alumni activities; AFS for giving tools to young people so that they can change the world into a better place; AYAMO for planning the events and working for the best interests of the YES Alumni; all alumni and volunteers who gave their time, and the school boards and students for opening your schools and being engaged in all activities.

“YES FOR A BETTER COMMUNITY” 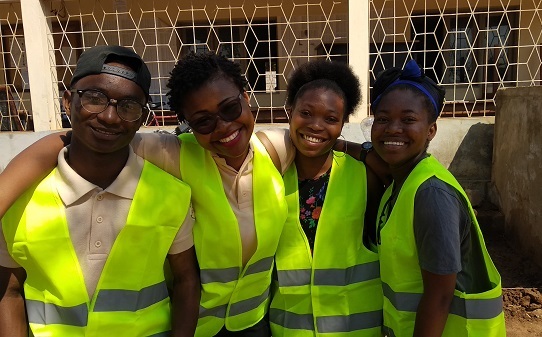