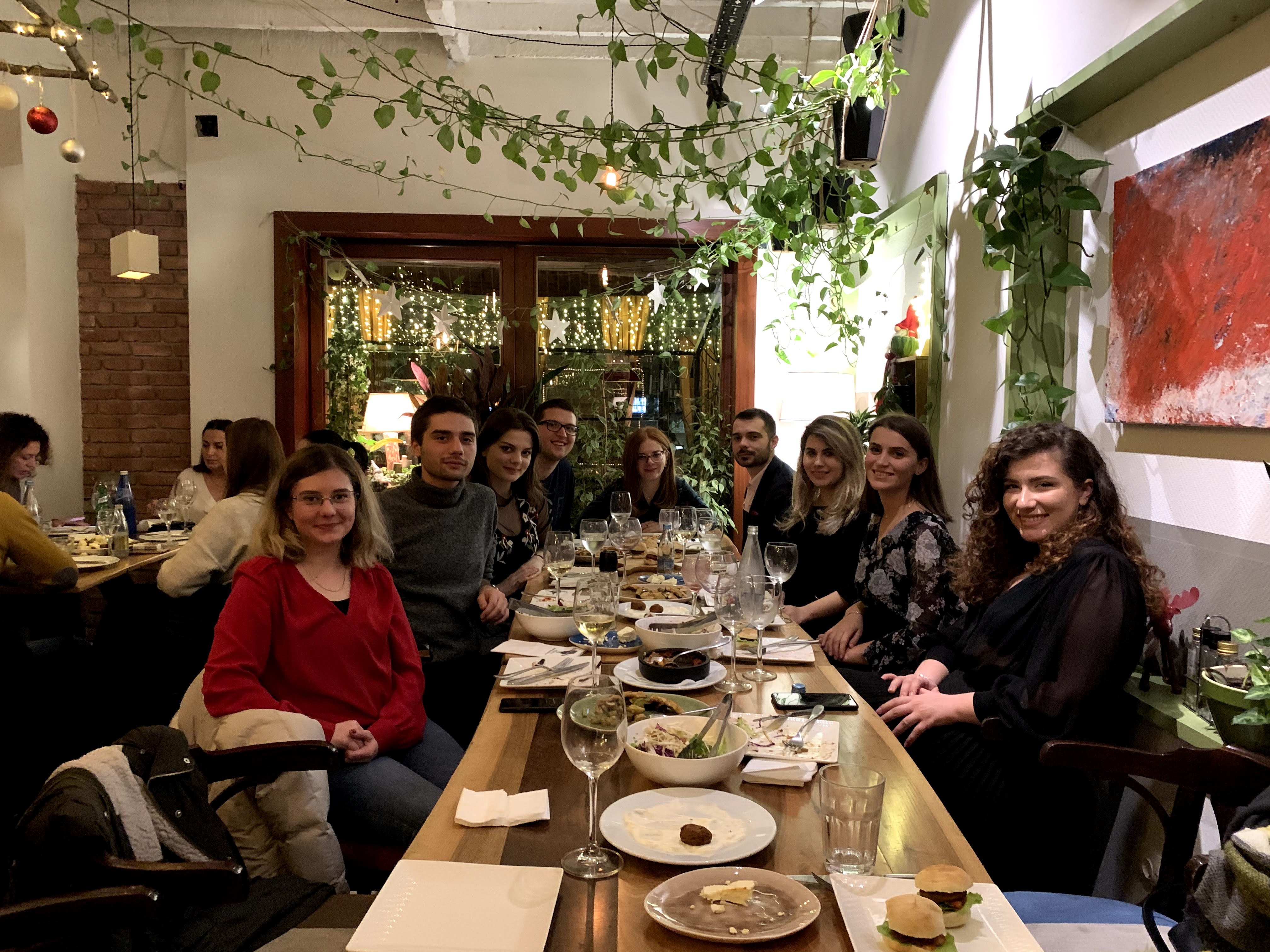 We, as older generations of YES alumni in Kosovo, have long felt the need to have an event that brought together alumni that work and live in different parts of the world. On December 19, 2019, with the help of YES Alumni Coordinator Visar Zeka (YES 2014-2015, Kosovo, hosted by AYUSA in Prosper, TX) we organized the first dinner for “senior” alumni. Alumni from the first six generations of YES in Kosovo, who returned from the U.S. in 2010 through 2015, were invited to attend. Our goal was to end the year with an event that brought us together and provided us with a chance to catch up with each other, learn about one another’s careers, and talk about past and future projects.

We remembered fondly projects such as “I, too, can speak English,” a program for teaching English to children with special needs; “Gift a Smile,” a donation drive that provided toys and clothing for children in need during the winter holidays; and visiting homes for the elderly. We shared ideas for restarting some of these initiatives, like visiting the elderly and organizing fundraisers.

The dinner was a great success. It made me realize how much I missed being around people with whom I shared this life-changing experience. It was entertaining and reassuring to hear various stories of hardship and triumph from fellow alumni. I believe that creating an engaged, supportive alumni network is crucial to this program’s success. Good alumni relationships bring many benefits to both the program and the alumni. It reminds us of the value of the program for our community and for us as individuals. This dinner reminded us once again of the importance of having a support system that is free of judgment and which we can rely on for guidance and mentorship. Seeing the success and the impact that this event had on each one of us that was present, I hope that we will be able to turn this activity into a tradition.

The eleven alumni in attendance were:

Fjolla Kondirolli (YES 2009-2010, Kosovo, hosted by American Councils in Winter Park, FL), a PhD candidate in Economics at the University of Sussex

Shpresa Frrokaj (YES 2012-2013, Kosovo, hosted by World Link in Bakersfield, CA), a research assistant at the Institute for Development Policy