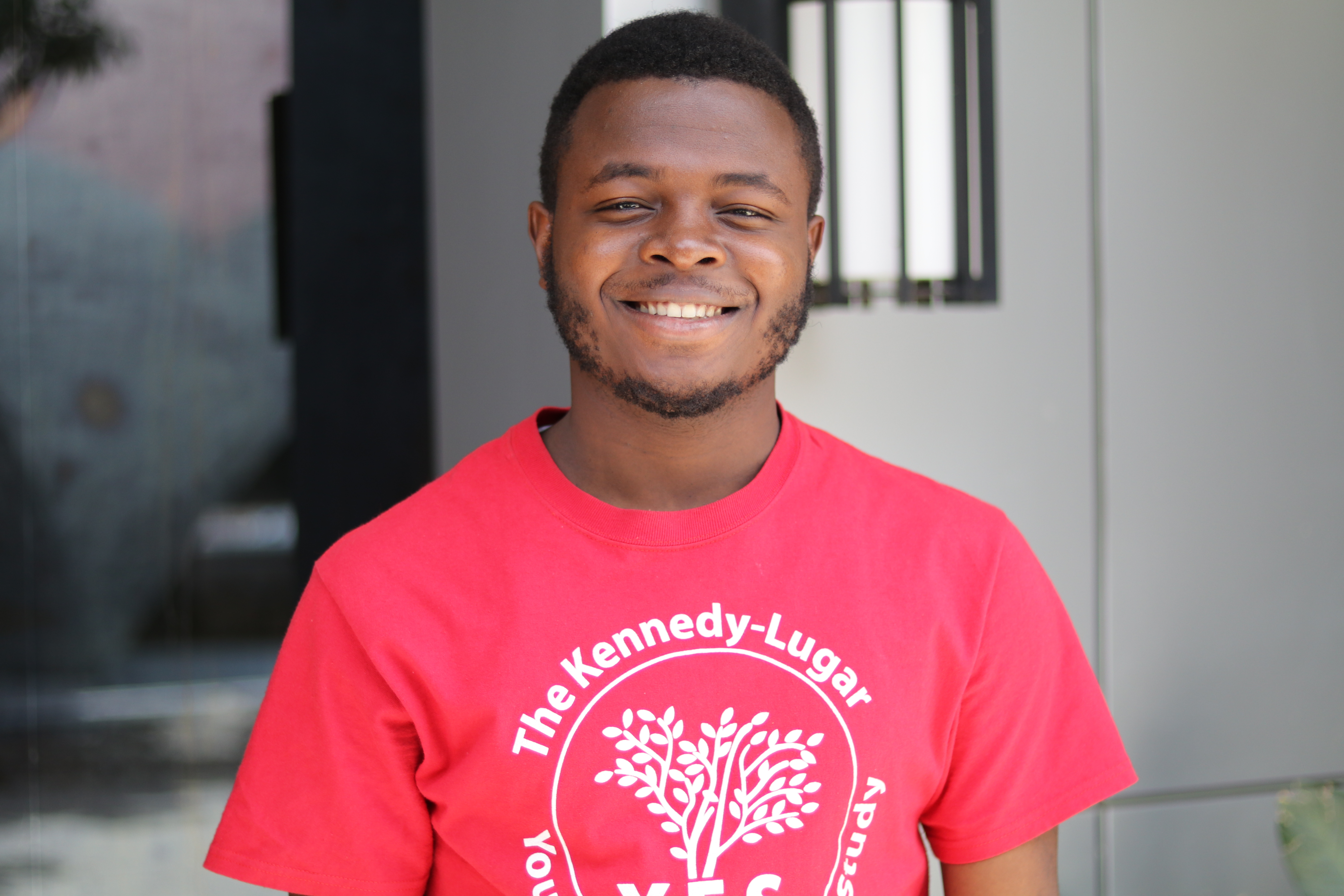 Young African Leaders Initiative (YALI) is a U.S. Department of State program that invests in the next generation of African leaders. Shak Abner, a YES alumnus from Nigeria, previously attended a Kano TechCamp by Equal Access/Farar Tattabara, and had the opportunity to attend the first-ever YALI TechCamp Reconnect in Lagos, Nigeria, hosted by the U.S. Department of State, in partnership with Co-Creation Hub Nigeria (CcHUB). The event brought together YALI TechCamp alumni. The TechCamps are a chance for young leaders to connect to learn innovative techniques and digital tools for conducting outreach campaigns on climate change, elections, and human rights.

The YALI TechCamp Reconnect workshop was held in the coastal state of Lagos; the three-day workshop focused on good governance, participation and peaceful democracy in the Africa region with the use of technology as the recurring theme. The workshop brought 50 young African leaders and community development workers from 15 African countries. The YALI TechCamp Reconnect was born as a resulting need to connect former TechCamp participants from Pretoria, Ghana, Lusaka, Abidjan and Kano; I was a participant in the Kano TechCamp last year. In this workshop, I had a chance to showcase my TechCamp-inspired project, network with leading professionals in the field and get additional training and hands-on mentorship and support. A local news station, Plus TV Africa, covered YALI TechCamp Reconnect - check out the video below.

I have been involved in various community service projects since participating in the YES program; last year alone, I volunteered in five states. I was a resource person for the #SheStands conference in Taraba state, where we encouraged girl child education and leadership for young girls aged 15-17. I was part of the team that carried out the Tula Community Library project that provided the Tula community with its first library through the YES Grant. I was also the state coordinator and resource person for the Reclaiming Futures In Northern Nigeria (#REFINN2018) project sponsored by the U.S. State Department’s Alumni Engagement and Innovation Fund (AEIF) where we trained 50 youths on the effect of extensive drug use. 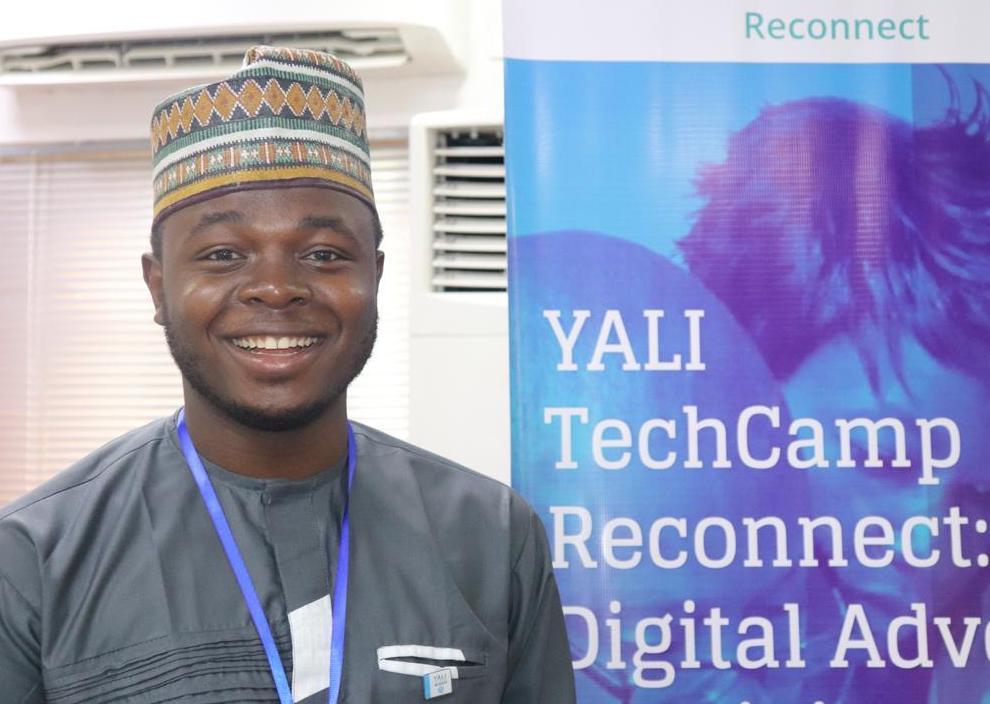 My exchange year in the U.S. taught me volunteerism: during the exchange year I realize that you don’t need the government to always act on things that is continuously neglected. During my exchange year, I learnt to take responsibility for things that happen -- I later realized this is one of the first rules to being a leader. My proudest community service project so far is the Peace Project in four local governments that make up Gombe South. The project aimed at using dialogue and sports to solve communal crisis in the demography. With eight teams, two from each local government, we had a mini soccer tournament and also visited traditional rulers and held dialogue with youths. The project reached about 5,000 people directly and because the project came directly as a result of my participation in Kano TechCamp with Farar Tattabara, the project was one amongst six out of over 30 to be selected for coverage by the Arewa24 satellite TV station for the six month duration of the program. 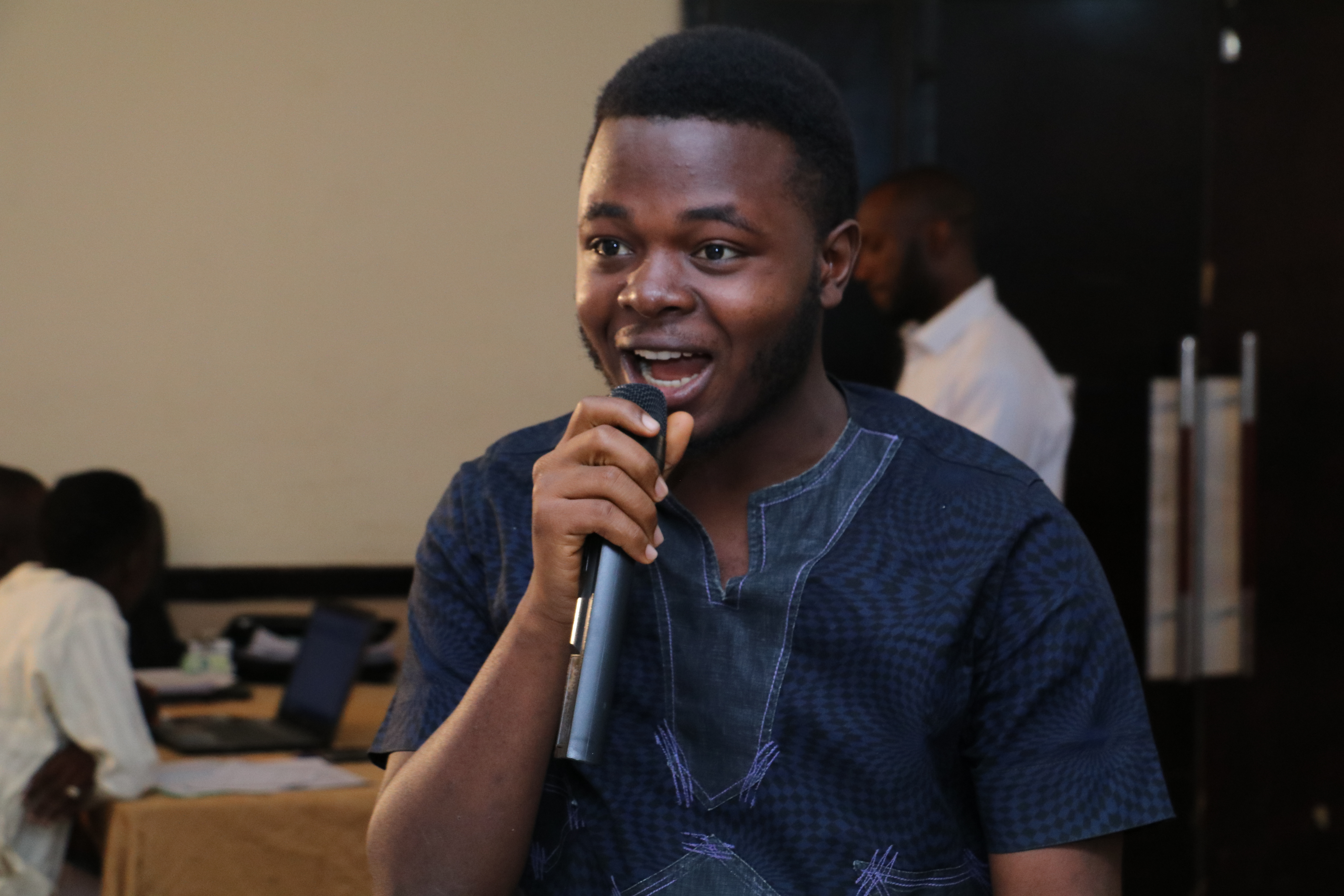 Shak speaking at the TechCamp in Kano.

The impact of these community service projects is immediate in most cases; the REFINN2018 project had someone testify to start quitting drugs, the football for peace project took youths to where they wouldn’t on a typical day while creating a safe place to meet peers so there were immediate examples of friendship built as a direct result of the project.

My biggest inspiration to community development came from watching my host mother Rachel Garst run the Creating Great Places non-profit and organizing the Nikita Krushev 50th anniversary visit to Iowa which inspired my yearn to make a difference where neglect by either the community and/or government is pronounced; the smile of gratitude from helping out and knowing you helped and can’t be repaid is also a great feeling that keeps me going.