April Students of the Month 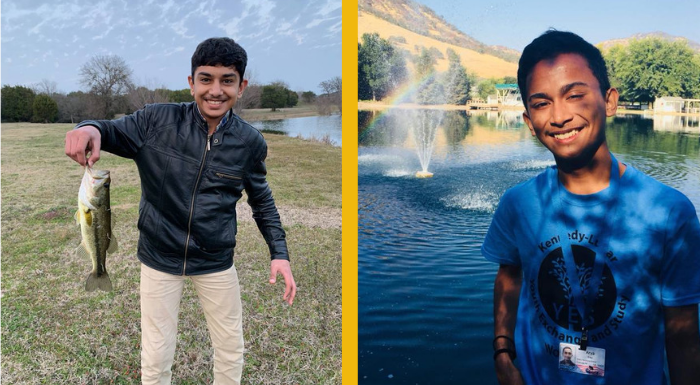 This month we have a Student of the Month and an honorable mention! Above photo left: Abdul Rahim (YES 2018-2019, Pakistan, hosted by CIEE in Buda, Texas). Above photo right: Arya Dika (2018-2019, Indonesia, hosted by World Link in Fresno, CA). 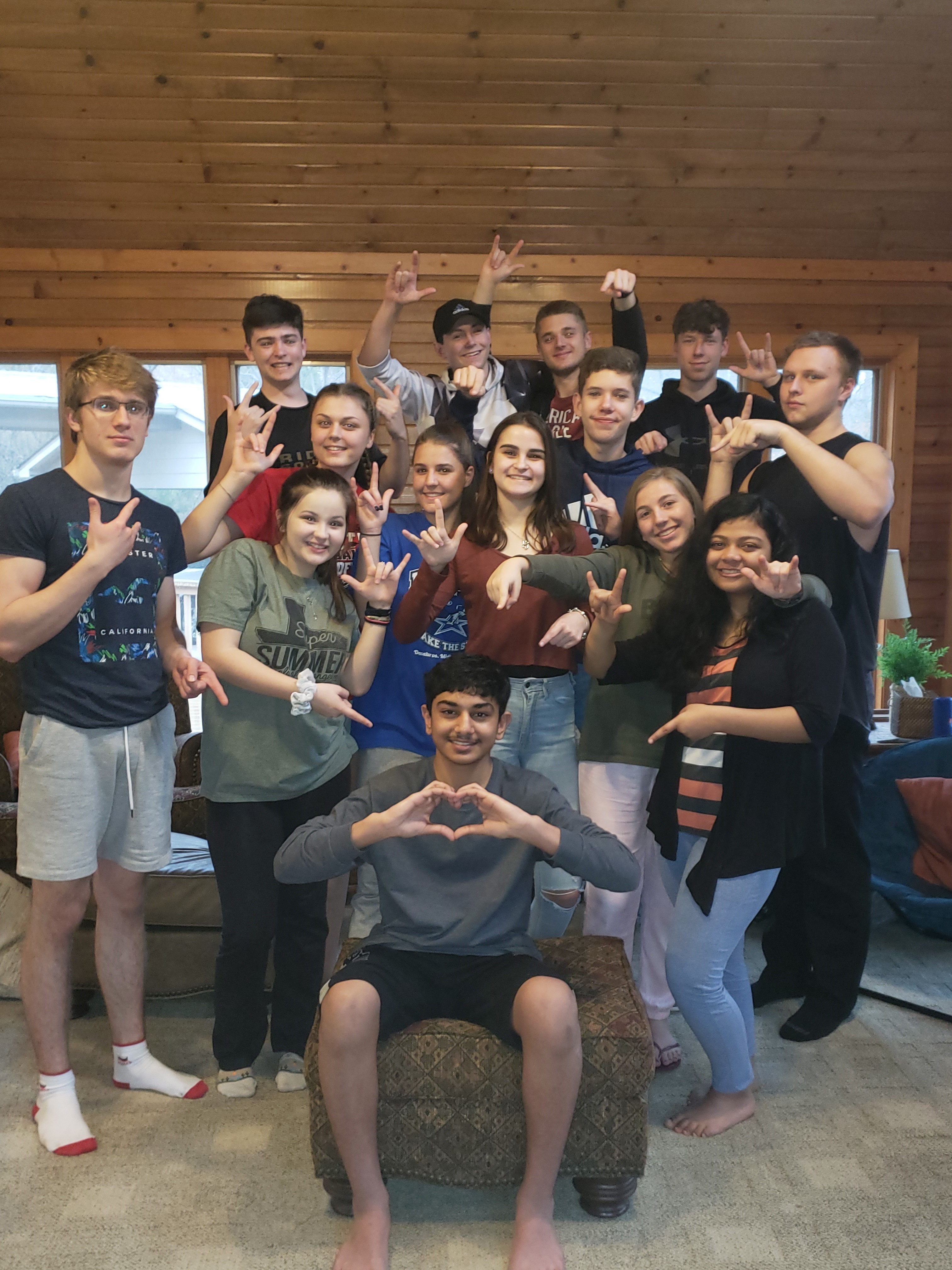 Abdul from Pakistan with a group of his friends.

We are happy to announce the April YES Student of the Month, Abdul Rahim (YES 2018-2019, Pakistan, hosted by CIEE in Buda, Texas).

Abdul is an outstanding YES student who has made an indelible mark on his community and host family. He is brave, kind, helpful, and always humble. An excellent student at the Texas School for the Deaf in Austin, Abdul is dedicated to learning English, both inside and outside of the classroom. During IEW, he gave a cultural presentation in American Sign Language on his home country of Pakistan and created a video of it. He is admired by his teachers and fits in well with his classmates. His local coordinator describes him as “the brightest light in the room.”

Outside the classroom, Abdul is actively involved in school sports. He lettered in cross country, joined the swim team, and even made the varsity wrestling team. Due to his bright personality and love of sports, Abdul has also been chosen by his school community as a flag bearer at numerous local football games.

Abdul is also actively involved in his host community. This past fall, he volunteered with D-Now, a local church service group for which he collected food donations and helped organize food deliveries. He also joined in a Czech Heritage meeting to talk about different cultures and has volunteered with 30 Hour Famine to support people in need both locally and globally.

In his home life, Abdul has enjoyed getting to know his four host siblings who are all also deaf and originally from Bulgaria. He also went fishing for the first time with his cluster, and, despite his lack of experience, was the only member of the group to catch a fish. Abdul has shown great perseverance and personal growth throughout his exchange year, serving as a role model to other exchange students who admire his hard work and determination. 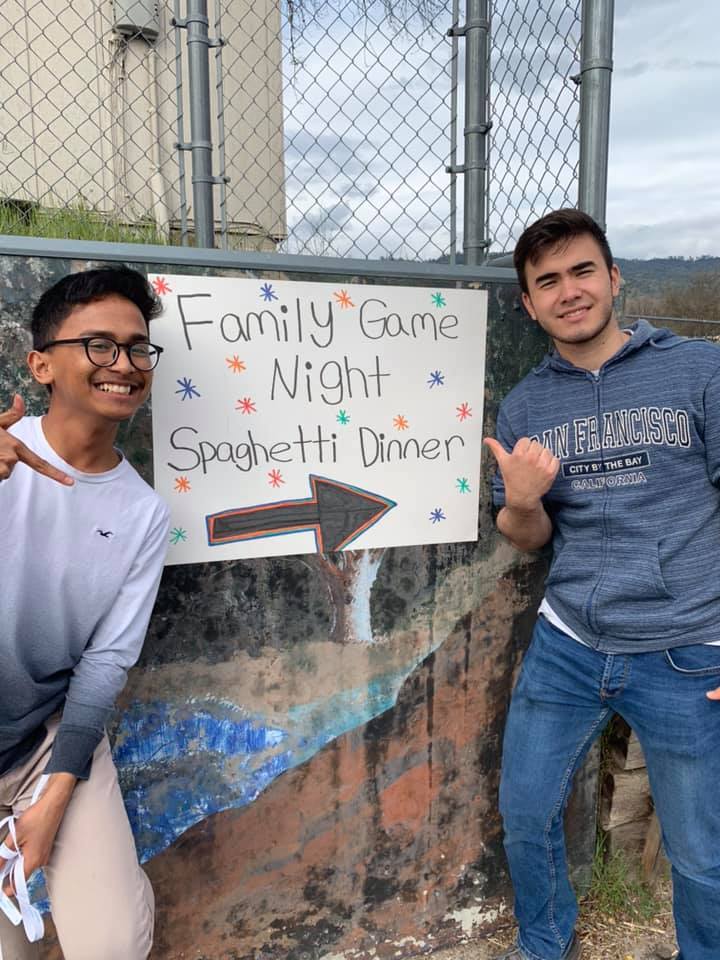 Arya from Indonesia at a GYSD event.

With a magnetic personality and contagious smile, Arya Dika is a non-stop ball of energy who leads by example. So far, Arya, who richly deserves his Honorable Mention in the April Student of the Month competition, has volunteered 184 hours and given 25 cultural presentations, with no signs of stopping.

Arya adores volunteering at the local Boys and Girls Club. His supervisor observes that the children love him, and he lights up the room as he leads craft sessions, plays games, and serves their afternoon snack. Arya helped plan a big holiday party where the children made gingerbread houses, sang carols, and received presents. In addition, Arya mentors children in the Big Brothers Big Sisters afterschool program by helping with homework and reading with them. Arya also led a cabin for 15 boys during their week at Camp Green Meadows.

Every Wednesday, Arya helps to feed the underserved at the local church. This activity has shown him how one meal can change a life, so he dedicated his Global Youth Service Day project to help the church with their mission. Through a school coin fundraising project and family game nights, Arya and his FLEX exchange brother, Oguzhan, raised $1090 to repair the church kitchen equipment so it can continue its work long after he’s returned home. Their effort was recognized as a top 10 project in the World Link #GYSD2019 Competition.

Arya was immediately a standout at his school, earning him a homecoming king nomination. He became a local celebrity when the community newspaper highlighted the #IEW2018 “Indonesian Food Cooking Contest” he organized for his peers. He maintains good grades while being highly involved in both on and off campus activities including Key Club, Interact, Choir, Improv, and Leos.  He recently won second place in the speech contest “Be the Inspiration” with the Rotary Club.

Arya truly stands out in his commitment to go above and beyond in any task that is set before him.