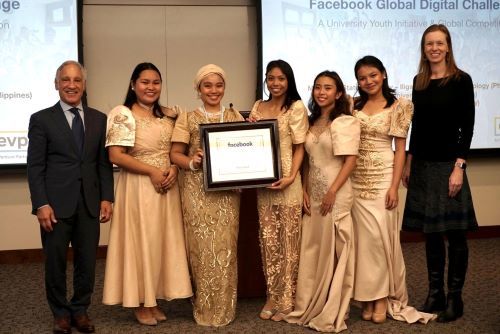 Alumna Aniyyah Fatmah A. Guinar (YES 2016-2017, Philippines, hosted by AFS in Milwaukee, WI) and her five colleagues on Team Pakigsandurot at Mindanao State University, Iligan Institute of Technology, was one of only 3 out of 60 competing teams from around the world selected to present their awareness-raising campaign, #IslamNotPhobia, at the Peer2Peer Facebook Global Digital Challenge, held at George Washington University, Washington DC. The team was awarded $1000 in funding.  The Global Digital Challenge is sponsored by EdVentures Partners in partnership with Facebook and engages university students to create social media campaigns and offline strategies that challenge hateful and extremist narratives. 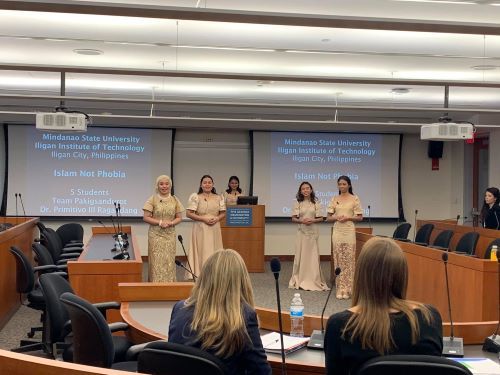 Team Pakigsandurot created the #IslamNotPhobia campaign to counter prejudice and hate speech towards Muslims and to promote cultural and religious diversity and understanding. They developed the idea for the campaign after the armed conflict that took place in Marawi province in 2017. Citizens of Marawi were victims of a siege and many Muslim residents took refuge in Iligan. As a result, there was an increase in negative perceptions of the Muslim evacuees, mainly stemming from misperceptions and stereotypes.

The #IslamNotPhobia campaign used on-line photo and video competitions and two offline initiatives: Hijab for a Day, where non-Muslim volunteers wore an Islamic head covering for one day, and Hugging Experiment, where two Muslim and two non-Muslim volunteers wore placards in public places around the community to test the impact of religious differences on social engagements. The activities concluded with a photo exhibit held at the university. 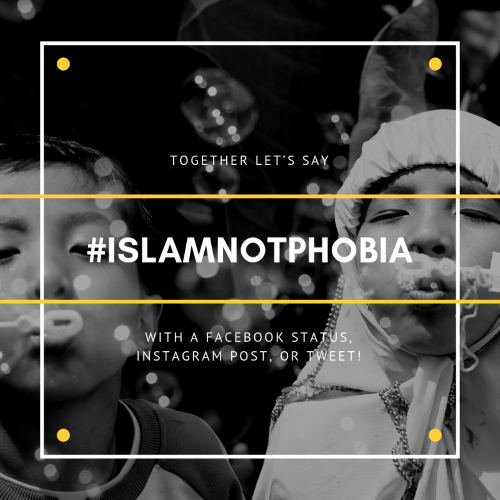 The other 2 finalist teams selected to travel to Washington were Turkey’s “See Like a Child” campaign and the Czech Republic’s “Fakescape” campaign. While in Washington, all three finalist teams visited the State Department for a policy round table discussion. Students discussed their future campaign plans and potential ways in which they could collaborate with one another. 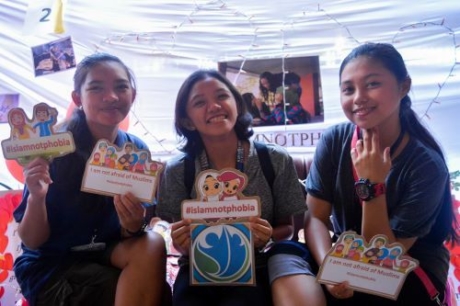 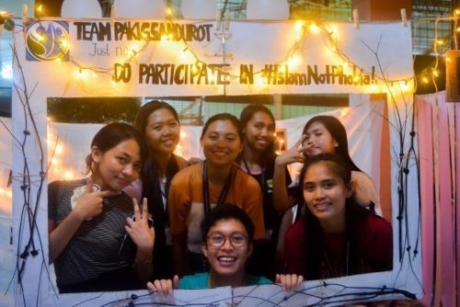