Bridging the Gender Gap in Technology 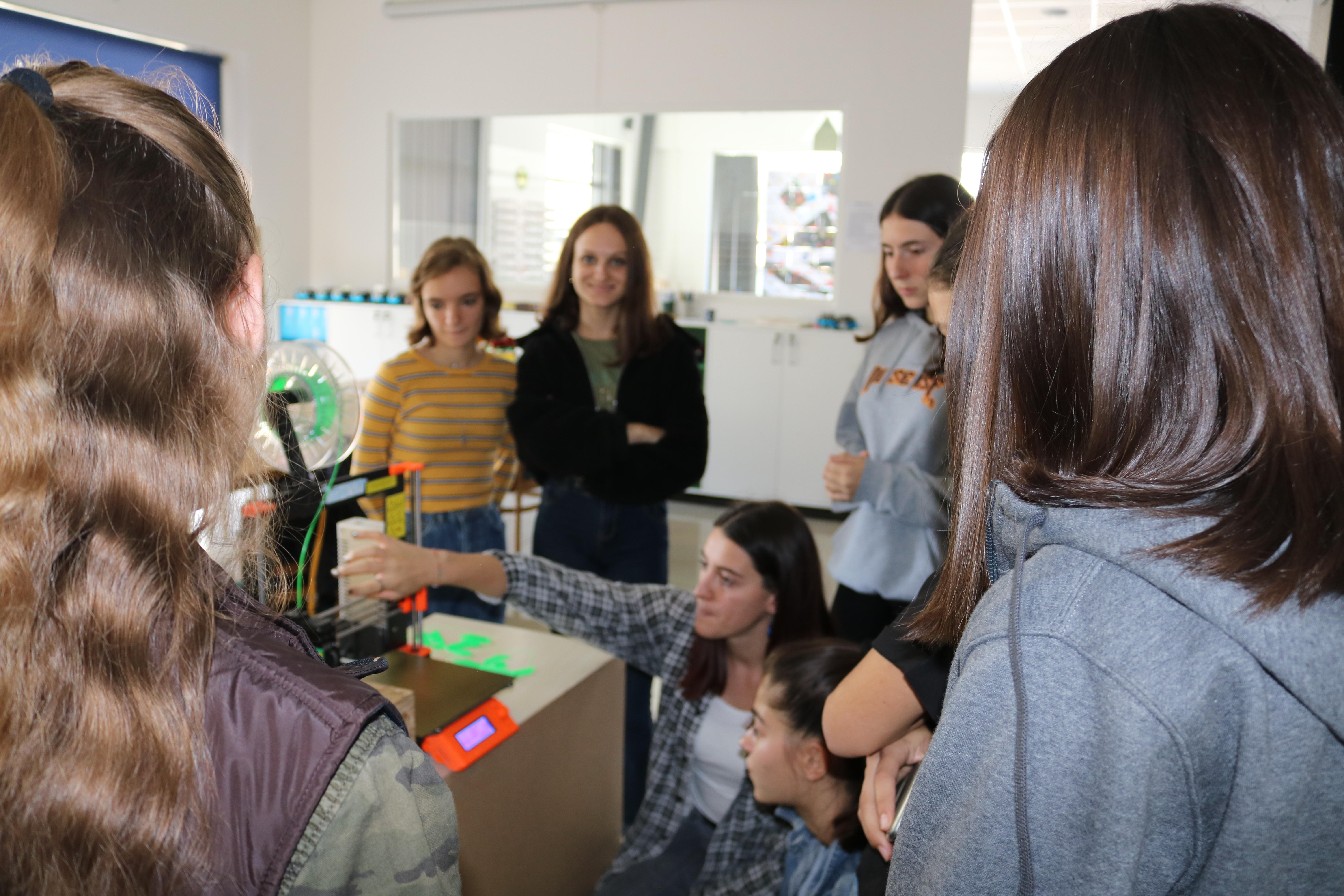 In September, five other alumni from Kosovo and I led a project to share what we had learned at the IDEAL Workshop held in Vrsac, Serbia, in spring 2019. Each of us was a participant in a different theme of the workshop: mental health and developmental differences; professional and “adulting” skills; the 7 Habits of Highly Effective People; or training, facilitation, and teambuilding. We decided to join forces and create a unique workshop that targeted young girls aged 15 to 18 who are passionate about technology.

Our main goal was to increase the number of girls who want to advance their careers in STEM fields by engaging them in a workshop where they would learn about Python programming language and Computer Numerical Control (CNC) machine operation, and get creative with 3D printing. Public schools in Kosovo usually lack laboratories, computer labs, and especially expensive machinery like the ones required for CNC and 3D printing. In addition to that, young girls are often discouraged from pursuing degrees in STEM because of misconceptions about the high-tech industry’s suitability for women and other outdated stereotypes. We decided that this workshop would be a useful way of contributing to closing the gender gap in STEM by amplifying the number of girls who are interested in these fields.

As soon as we launched our online application for the workshop, we received many applicants from all parts of the country. Our main priority in selection was to involve a diverse group of girls that included participants from rural regions, as they have the fewest opportunities to engage in extracurricular activities and are most likely to lack proper technological infrastructure in their schools. In the end, we received more than fifty applications and selected a group of 15 girls. 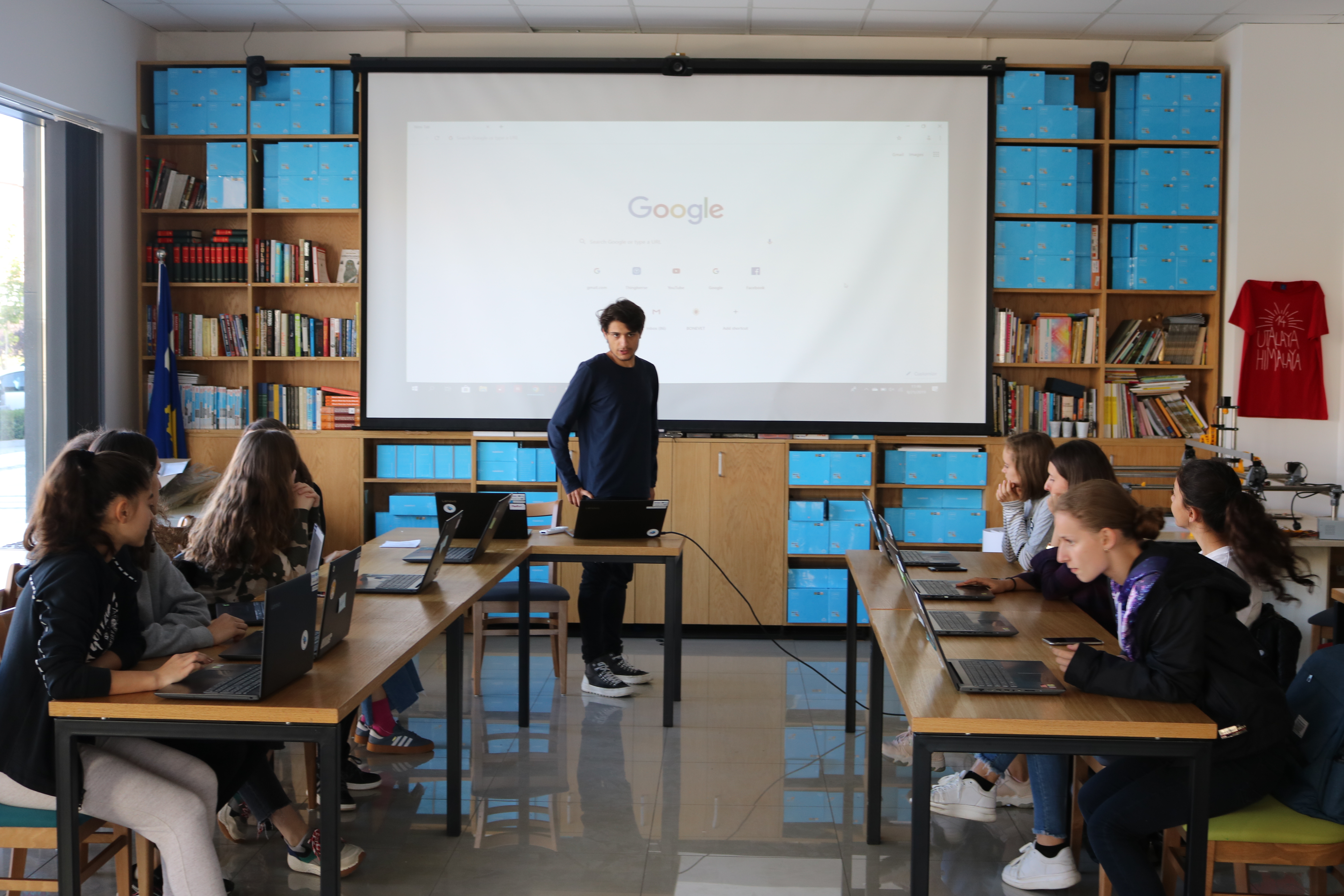 During the two-day workshop, the girls had the chance to learn from the professional teachers at our partner institution BONEVET innovation center and maker space and to use the center’s professional machinery to build a 3D figure that they had designed themselves. In their evaluations of the workshop, participants noted that getting to use this machinery first hand was eye-opening, teaching them that there is nothing “scary” about such equipment.

During breaks, we talked to the participants to gain their perspectives on why young girls hesitate to pursue degrees in STEM, despite the fact that it is generally well known that both boys and girls perform equally well in schools in sciences and technology.

In order to combat stereotypes about women in STEM fields, we organized a short presentation and question-and-answer session with Dorentina Berisha, a teaching assistant that lectures on telecommunications engineering at the University of Prishtina and also works as an engineer at one of the most renowned tech companies in Kosovo. The girls were impressed that a young woman had built such a successful career and achieved so much in her field. In their evaluations, the participants wrote that they feel more comfortable entering STEM fields knowing that other women before them had succeeded.