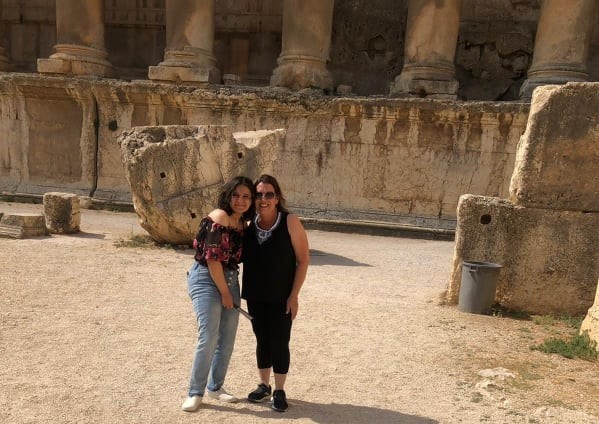 YES alumna Dana Homos was enthusiastic when she received the news that her American host mother wanted to visit her in Lebanon. Dana shares, “What a delight it was to have my host mom spend two weeks with me in Lebanon. I was so excited for her visit as she always talked about meeting my parents and learning more about my culture.”

Dana was the ultimate Lebanese ambassador! During the visit, Dana and her host mother shared many experiences together, like seeing the Baalbek Roman Ruins, riding a cable car in Harissa, and so much more. A major trip highlight for Dana was helping her host mother reunite with an old friend in Lebanon after 30 years apart.

Another major tour stop was the Beiteddine Castle located in the Chouf Mountains. As a painter, her host mother was inspired by the mosaic tiles found in the castle. Even though they enjoyed touring Lebanon together, the host mother spent most of the time with Dana and her family in the town of Rashaya in the Bekaa Valley, where the Citadel of Independence is located. 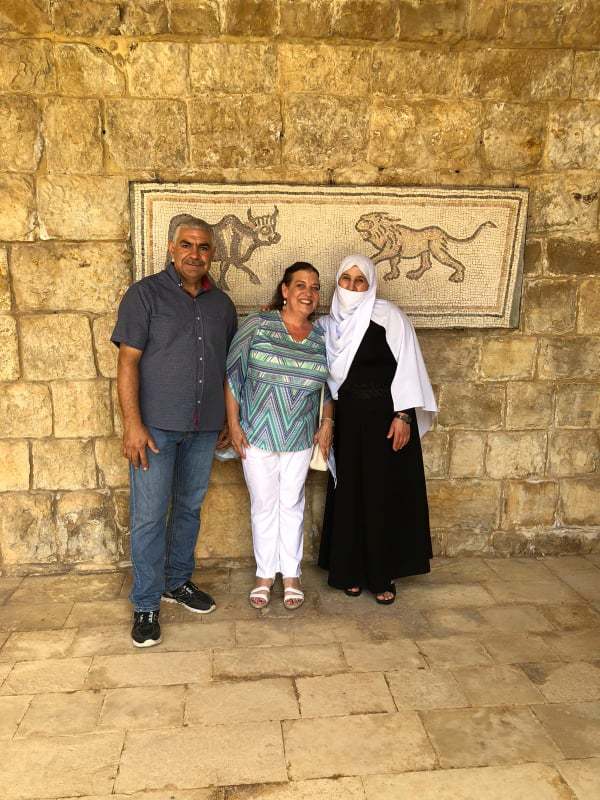 As Dana noted, “The YES program bridged two worlds together and gave our generation the chance to show the beauty of Middle Eastern culture and shed light on the positive aspects of our countries. Going to the United States and then having my host mom visit me in Lebanon would have been impossible without this program. I can never thank the YES program enough for these opportunities. Thank you from the bottom of my heart!”

Read about another host family who visited their former student in the West Bank here.