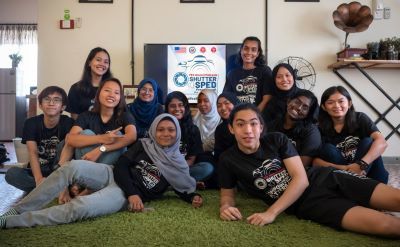 Penang Island played host last month for our first-ever YES Alumni Malaysia “Shutter-Speed", a 3-day 2-night photography and videography workshop. With our alumni body planning several events in the upcoming months, it was important to ensure we had capable photographers and videographers in our midst who will be able to provide social media coverage for these events!

We had 11 participants and 3 facilitators travel from all over the country to attend the workshop, carrying with them cameras, lenses, laptops, and smartphones in hopes of learning new techniques to improve their photography and videography. Sessions were carried out by local Penang alumni, YES ’18 alumni Kieran Siek and Shaun Yeoh along with YES ’17 alumna Farah Halim, three experienced photographers who found their passion for cameras while on exchange in the United States. The workshop took place at iBook3, Tanjung Bungah; located within a 100m of one of Penang Island’s many beaches. Penang is one of CNN Travel’s best destinations with its affordability, hospitality, small size, and a plethora of sights to shoot, making it a great option for a YES Alumni Malaysia event outside of the capital, Kuala Lumpur. 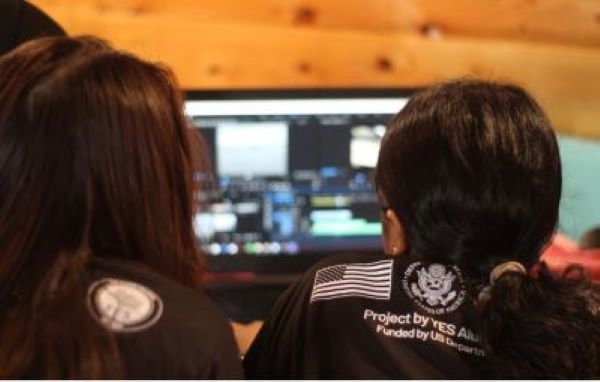 With many beginners in attendance, it was important to take time covering the basics. Participants learned how DSLRs, mirrorless cameras, and lenses worked, covered how to expose images correctly based on the three exposure variables, experimented with several compositional techniques, watched a demonstration of setting up lighting and audio for a video shoot and were introduced to the photo and video editing programs Darktable and Premiere Pro. We kept our sessions engaging by connecting our cameras to the large television in our homestay so participants could see what we saw on the camera screens. We also allowed participants to explore the homestay and its surroundings to apply what was taught and emphasized on learning the limitations of each one of their cameras so they would understand which ones to use during which occasions. 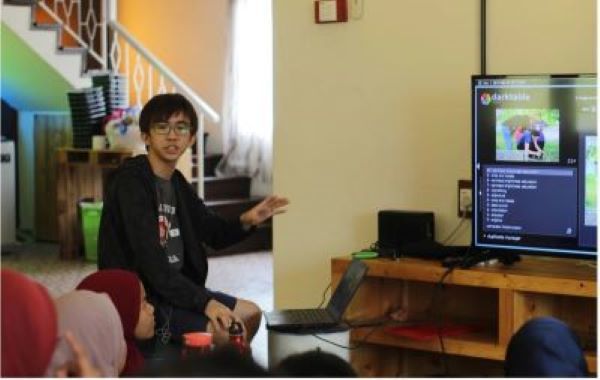 Then came the fun part! In order to take advantage of Penang Island’s major tourist attractions, participants were split into 3 groups and led by one facilitator each to a different location on the island: Penang Hill, Batu Ferringhi Beach, and the UNESCO World Heritage Site of Georgetown with Shaun, Kieran and Faza in charge respectively. Their assignments in groups were to take photos of each other within their environments while wearing their YES Alumni Malaysia shirts, as well as create 1-minute short videos with narration about the places they visited! Bonus points for bringing their Malaysian flags to drill home the theme of “Malaysia” for the upcoming Malaysian Independence Day celebrations. 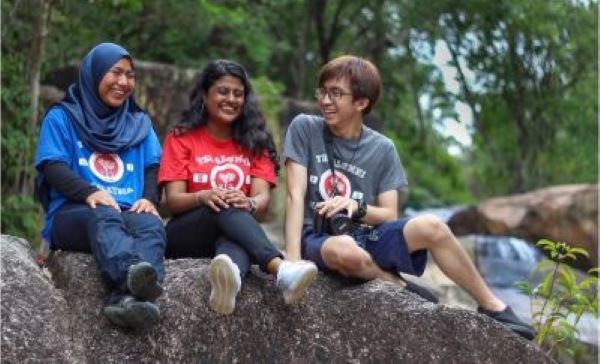 It was a rainy day, with showers on and off, forcing us to be careful with our cameras and being quick when the clouds held the rain up. Diffused lighting from clouds also helped us get many great shots without harsh shadows. The Penang Hill group experienced taking the funicular train up and down the highest peak on the island and followed a short trail at the top to see beautiful flowers, flags and old colonial buildings. 820 meters below, the Batu Ferringhi group managed to visit the Chin Farm Waterfall, stroll the long beaches and visit the night markets, while the Georgetown group visited Fort Cornwallis, the largest standing fort in Malaysia, as well as venture to see the old jetties, mosques, temples, and churches close by. 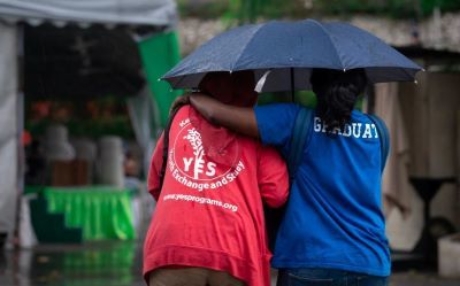 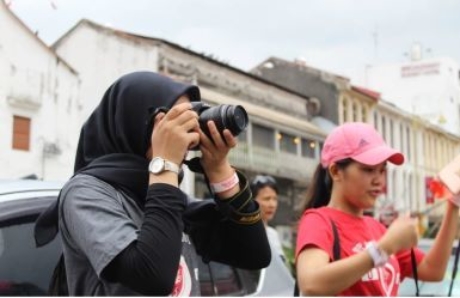 Upon return in the evening, participants edited their photos and videos. Each group’s best photos were submitted to be judged virtually by another YES ‘18 photographer, Sharon Thien, allowing the winning group to be revealed the following day.

During our award presentation, we reviewed the feedback given by Sharon and the other judges and tallied up the scores to find out the Batu Ferringhi group had won! Each group member was awarded a small 16GB SD card as the prize, small and inexpensive perhaps, but not insignificant in their future photography endeavors. We wrapped the workshop up by watching all the videos, distributing t-shirts, and taking group photos of a bunch of smiling faces; faces of more educated photographers and videographers in our YES alumni body!

Participants’ work was uploaded on the YES Alumni Malaysia social media pages. An event video created by the facilitators has also been made and has now been uploaded! Check it out!