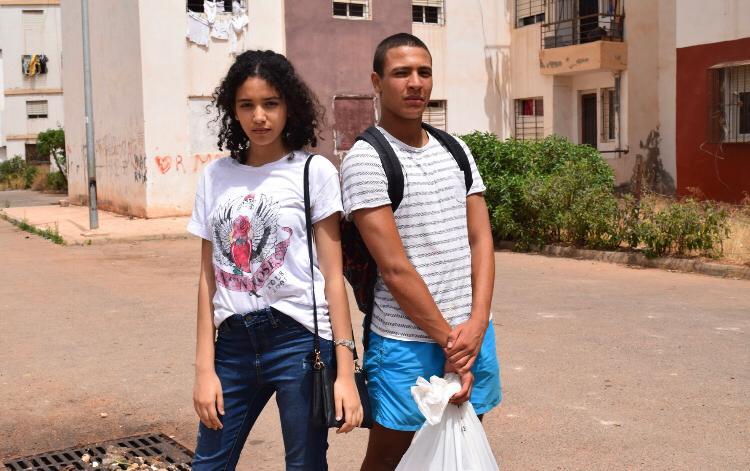 Casablanca a city like no other, the biggest city in all of Morocco with a population of almost four million. The home of the famous Mosque Hassan II, and to many other exceptional architecture and amazing beaches.

Unfortunately, no matter how great the city is or how amazing it is, it’s been and still is a big victim of littering, poverty, stray animals and many more problems as you can visibly see the impact of all of them on the beautiful city. As a YES alumna, I felt responsibility towards my country and specifically my city. I decided it’s time to take action so I started the “Aji Ndiro L5ire” association which translates to “Let’s spread kindness” an association where volunteers meetup to clean up neighborhoods, along with other activities.

Our first activity was near my neighborhood on July 22nd. The change could be noticed right away, and all it took is a group of teenagers working together. This collective work and the desire to reach our goal, succeeding and achieving what many failed at, making a change. Despite all the hard work, no member of the group felt tired b because of the atmosphere that we have created for ourselves. A sense of humor has removed signs of fatigue. After the first initiative was over, we knew the road is still long and difficult. We do not have a path paved with flowers waiting for us, but we can plant some along our way.

On July 29th, we had our second cleaning activity. Everyone was filled with enthusiasm and happiness, because it had become a duty for each one of us. We divided ourselves into two groups to facilitate the work and clean the largest possible area. The work started at 9am, and later we had a lunch break together hosted by one of the members. Then we carry on working with some breaks in between of course for water and resting. We only stop working when we are satisfied with our work, which is usually around 4PM. It may seem long to some and short to others, but what matters is the determination and youthful spirit, the group intentions for the best, in the framework of one goal, serving the common good and self-realization.

Not long after, we gathered once again, the number of members for this activity was noticeably larger. We gathered as usual, took the initiative and took every minute to achieve better results and overcome all the obstacles. Each of us working with all sincerity and loyalty. 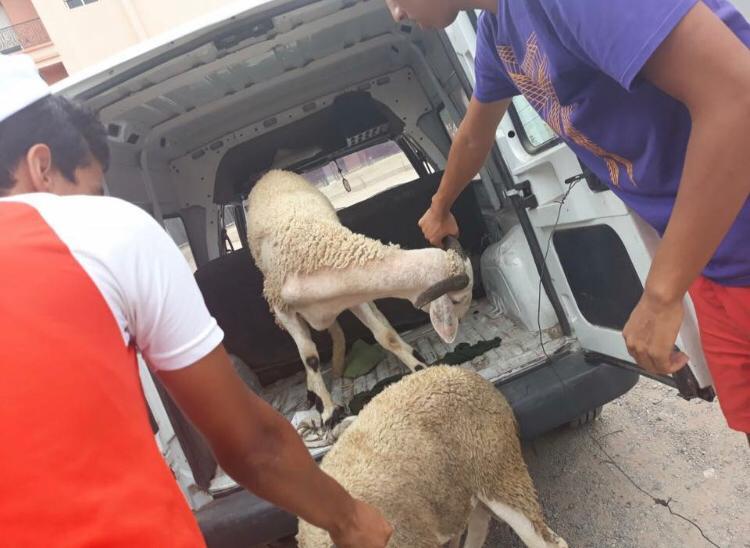 This group has become about more than just cleaning. For example, we started a fundraiser to be able to buy Eid-Al adha sheep for two families in need. Raising the money was not the easiest, as we had to come up with ideas and slogans that would make people trust us and actually donate the money. Some of us sold our old electronics that they were not using anymore,but that of course was not enough. So we started with our neighbors, going door to door and explaining our idea and our purpose. Some found it amazing and helped as much as possible, others shut the door in our faces but that did not stop us. At last we managed to exceed the amount we hoped for and bought two great sheep for two families that would not have otherwise been able to fully celebrate Eid-Al adha. The spark in their eyes when we surprised them was one of the most beautiful things I have ever witnessed. Humans being kind to others, nothing too hard, nothing too easy - just being human and sharing love and peace.

Of course we have future plans involving many more goals and many more changes in our city, and we hope to succeed in every aspect as long as we work hard. I also want to thank everyone that has helped me to make these projects come to life, because without all our hard work, none of this would have been possible.

Overall, all I want to say is together we can make a change.