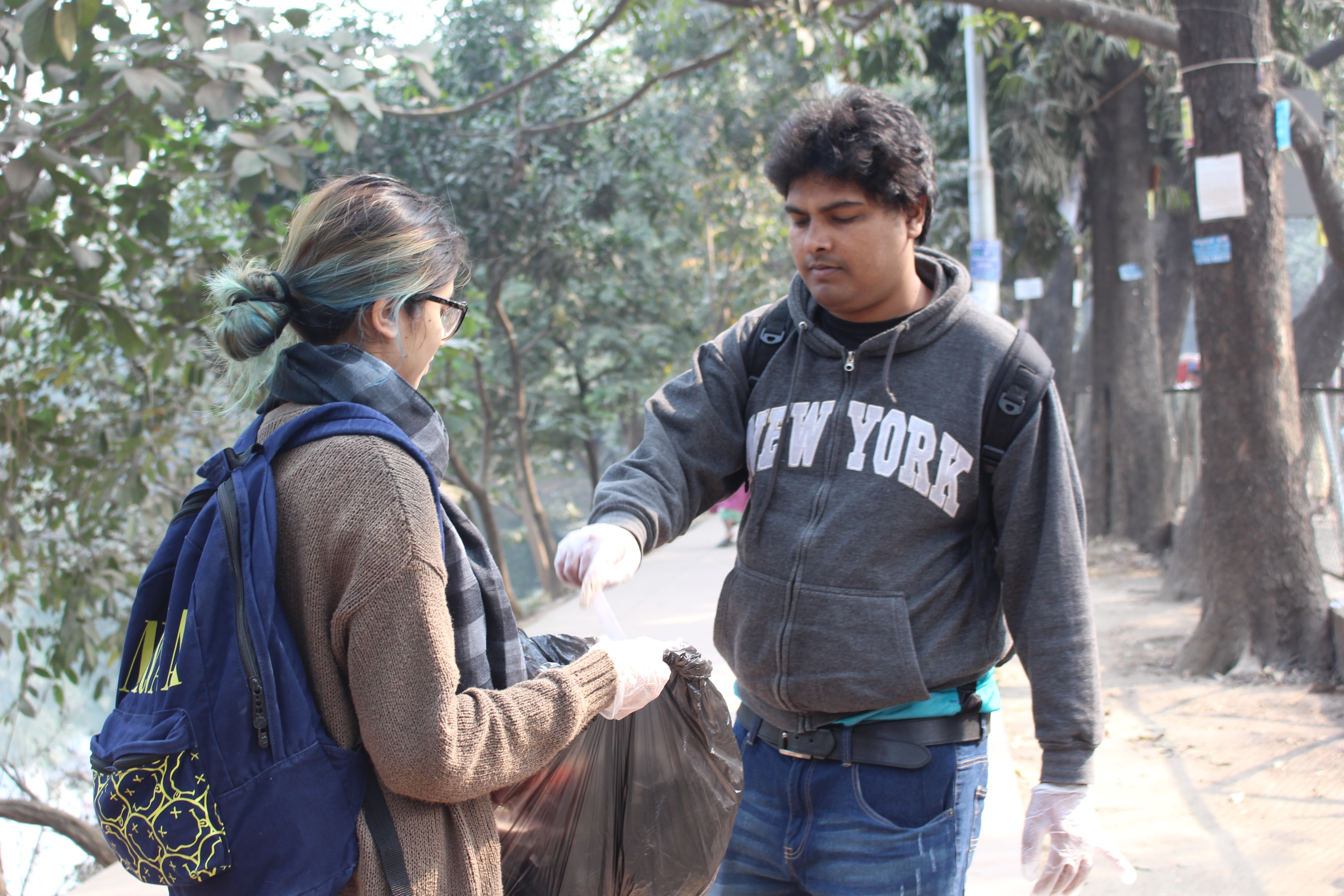 YES Alumni Bangladesh celebrated Pohela Falgun (the first day of spring in the Bengali calendar) and Valentine's Day by spreading warmth and love through Project Clean Drive. Eleven YES alumni and volunteers cleaned the lake area of Dhanmondi and raised awareness about keeping our streets clean. The project was designed with SDG goals 11 (Sustainable Cities and Communities), 13 (Climate Action) and 15 (Life on Land) in mind.

The city of Dhaka has always been overpopulated and the population continues to grow. More people means more waste and litter; unfortunately many residents of Dhaka don’t properly dispose of their trash, but paradoxically people frequently complain about how much litter is on the streets. In an effort to create a grassroots change, YES alumni developed a campaign to clean the streets and teach citizens that they can take action and make a change to address the overwhelming trash in their city. During his exchange program in 2013, one of the community service acts that Mobashir participated in as a student council member of Richland High School in Missouri was "Adopt a Highway.'' In this project student council members volunteered to clean up a highway. Inspired by the selfless act of the student council members, Mobashir decided to do the same for his country after returning home. Mobashir found a handful of people who shared the same ideology and started the first Project Clean Drive in 2015. Since then the project has grown from having only five volunteers to accumulating over 60 in its third iteration. This year, YES alumni impacted approximately 500 people during the clean up. 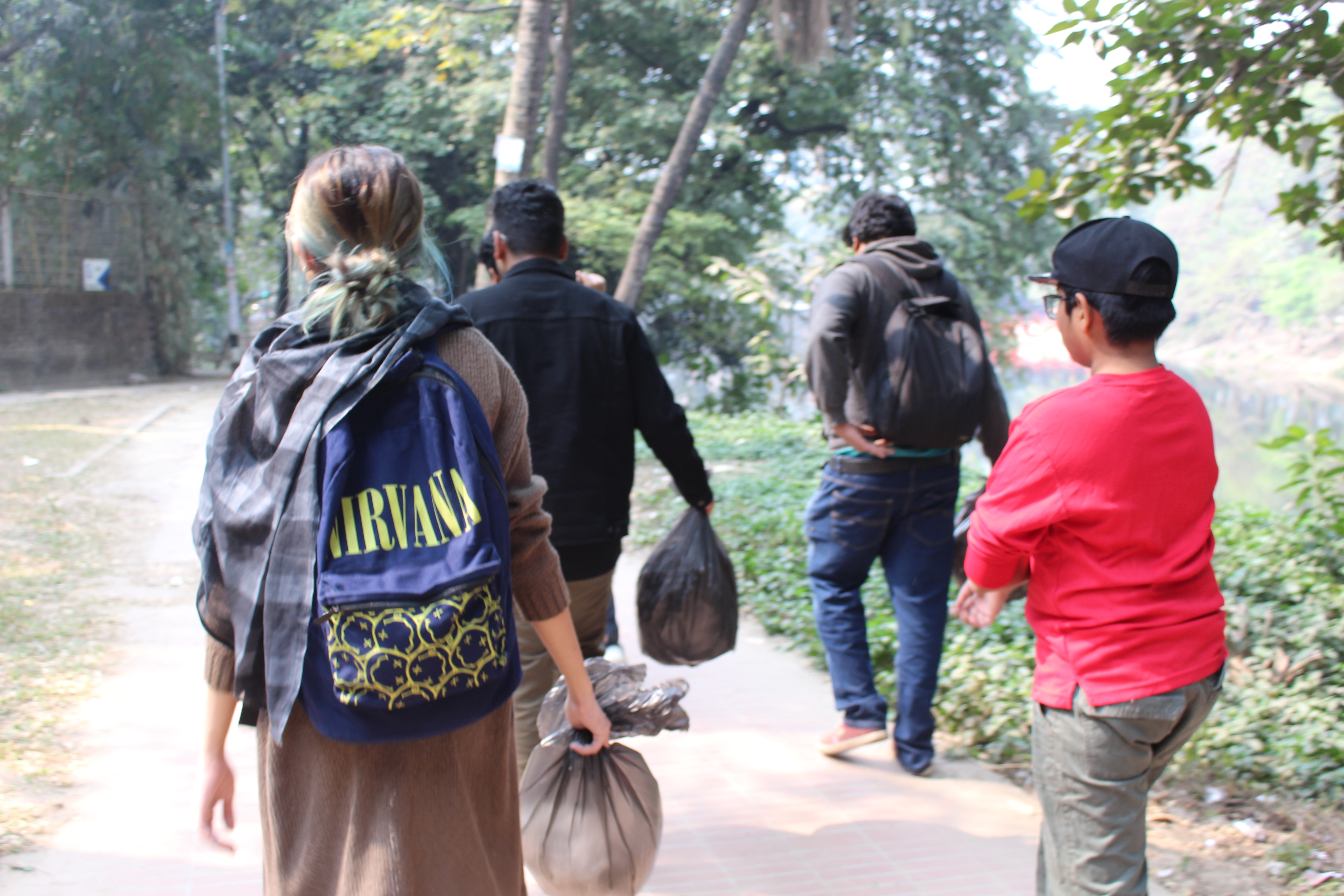 Alumni pick up trash around Dhaka

Pohela Falgun is celebrated by visiting or going out with friends and/or family and is generally viewed to be a day of just relaxing to enjoy the official welcoming of "Spring" of the Bengali culture. People do not tend to do community service projects on Pohela Falgun, although YES alumni are trying to change that narrative. The simple act of selflessly volunteering to clean the streets on a day when people celebrate by spending time with friends or family was a major way to raise awareness. The area YES alumni decided to clean up is a high trafficked area with hundreds of people exercising, walking, or enjoying time with friends. As volunteers cleaned the area they spoke to interested passerbys explaining why they were cleaning and encouraged all citizens to take action on their own. YES alumni also chose an area that the City Council tries to keep clean and litter free, so it was a great opportunity to demonstrate to the City Council the YES alumni’s commitment to bettering society.

The biggest outcome of the project is the people observing young volunteers cleaning the streets in their stead and coming to the realization that it is also their role as citizens to take action to make their city and country a better place. 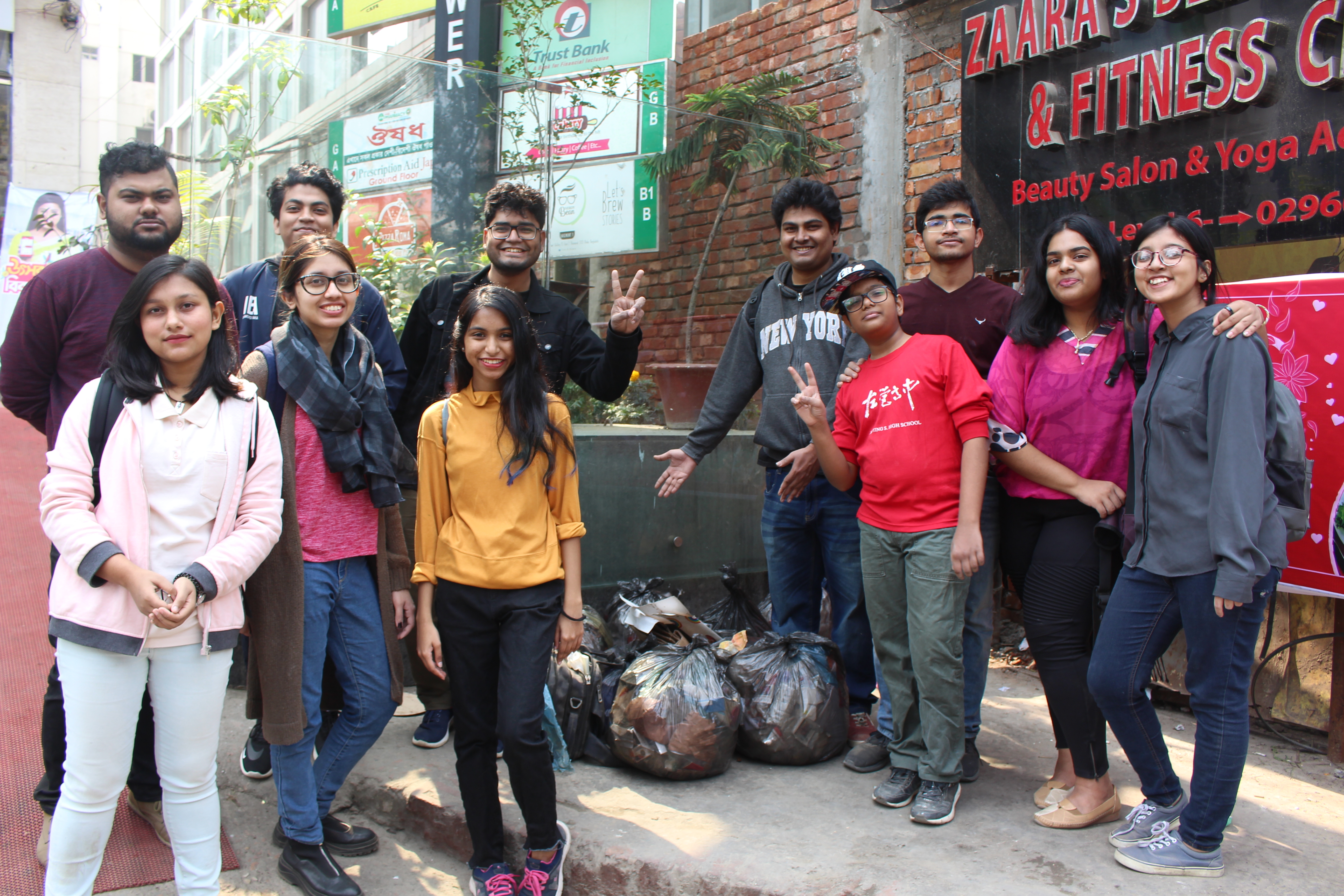