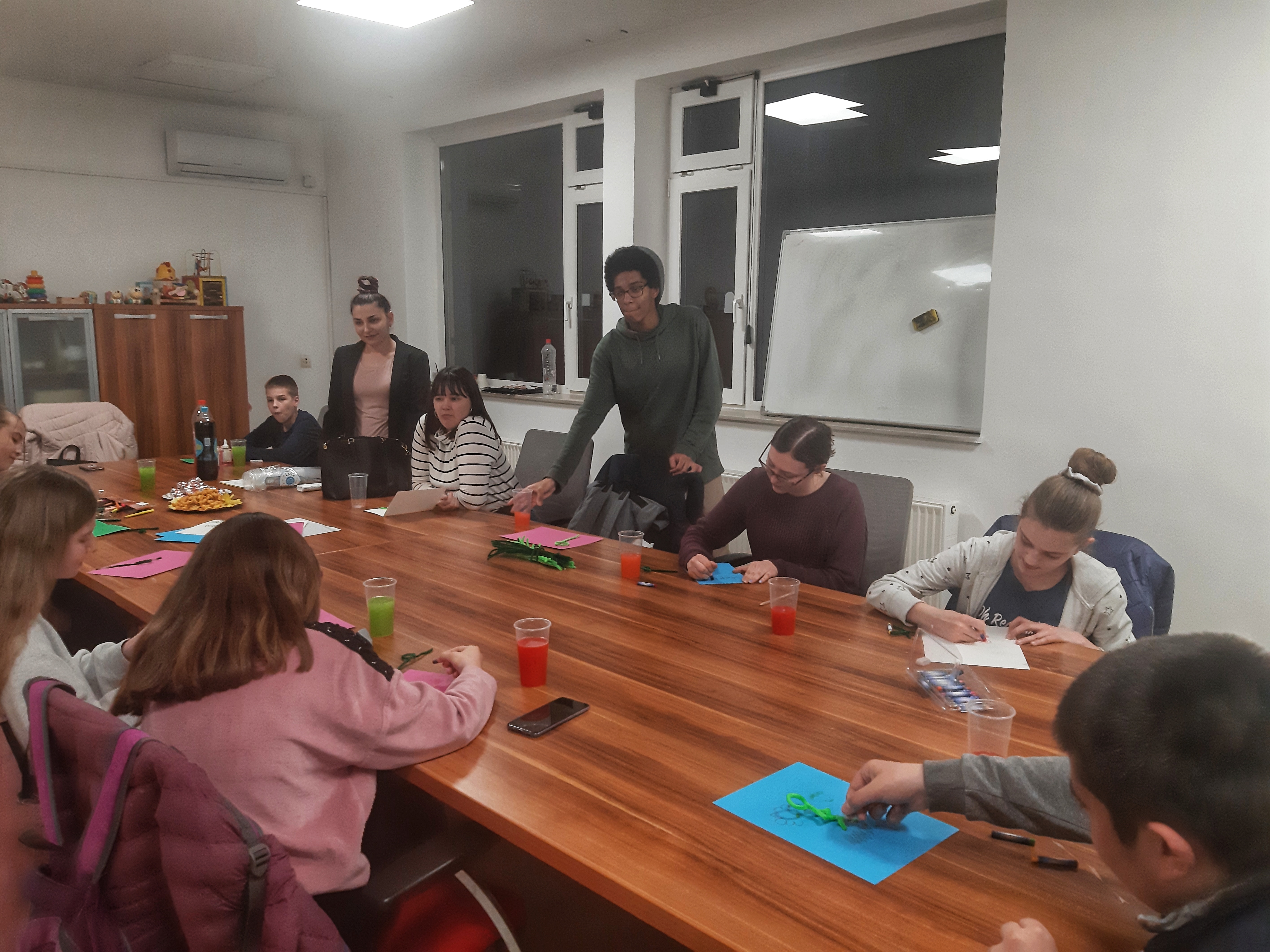 This year, the theme for International Women’s Day was ‘I am Generation Equality: Realizing Women’s Rights’. The theme is aligned with UN Women’s new multigenerational campaign, Generation Equality. It felt appropriate to celebrate International Women's Day on March 8 with a younger generation to inspire them early on to appreciate and recognize women and their accomplishments. Ajla Omerbasic (YES 2010-2011, Bosnia and Herzegovina, hosted by PAX in Searcy, AR) and I organized two separate events to commemorate the occasion.

With the help of two volunteers, I held an interactive workshop at the SOS Social Center Hermann Gmeiner. SOS Social Center Hermann Gmeiner is a part of SOS Children's Villages and is committed to offering a safe and comfortable environment for academic, creative, and social development for children between the ages 3-19. The volunteers and I worked with 20 kindergarten children in the center, creating cards for the important women in their lives and talking to them about the importance of appreciating people regardless of gender. It was lovely to see that the children were going out of their way to make cards not only for family members, but also for their teachers and friends. 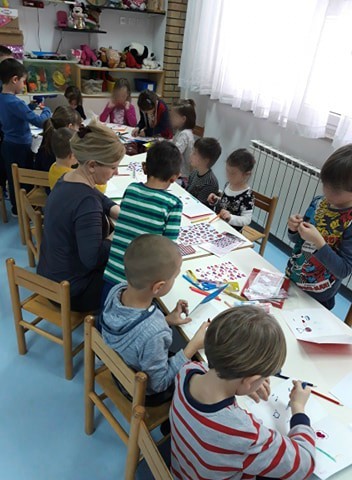 Ajla partnered with YES Abroad students Emma and Ayman to visit participants of the English Club, where they worked with 15 children on creating Women's Day cards and taught them new vocabulary words related to the topic. The English Club was formed to provide supplemental English language and U.S. culture lessons to the youth of the suburban communities of Sarajevo. English Club organizers like to incorporate native English speakers into their lessons, as populations in these parts of Sarajevo normally don't have a lot of contact with native English speakers. As such, over the past three years YES alumni and YES Abroad students have worked on numerous projects with the staff and students of the English Club. Ajla and YES Abroad students enjoyed giving the students a different learning environment and helping them with lessons that are crucial in their everyday lives.

We strongly believe that through these kinds of events- not just in March, but throughout the year- we are empowering both boys and girls to work together to build a future in which we won’t have to promote equality because it will be a norm. In the words of G.D. Anderson: “Feminism isn’t about making women strong. Women are already strong. It’s about changing the way the world perceives that strength.”