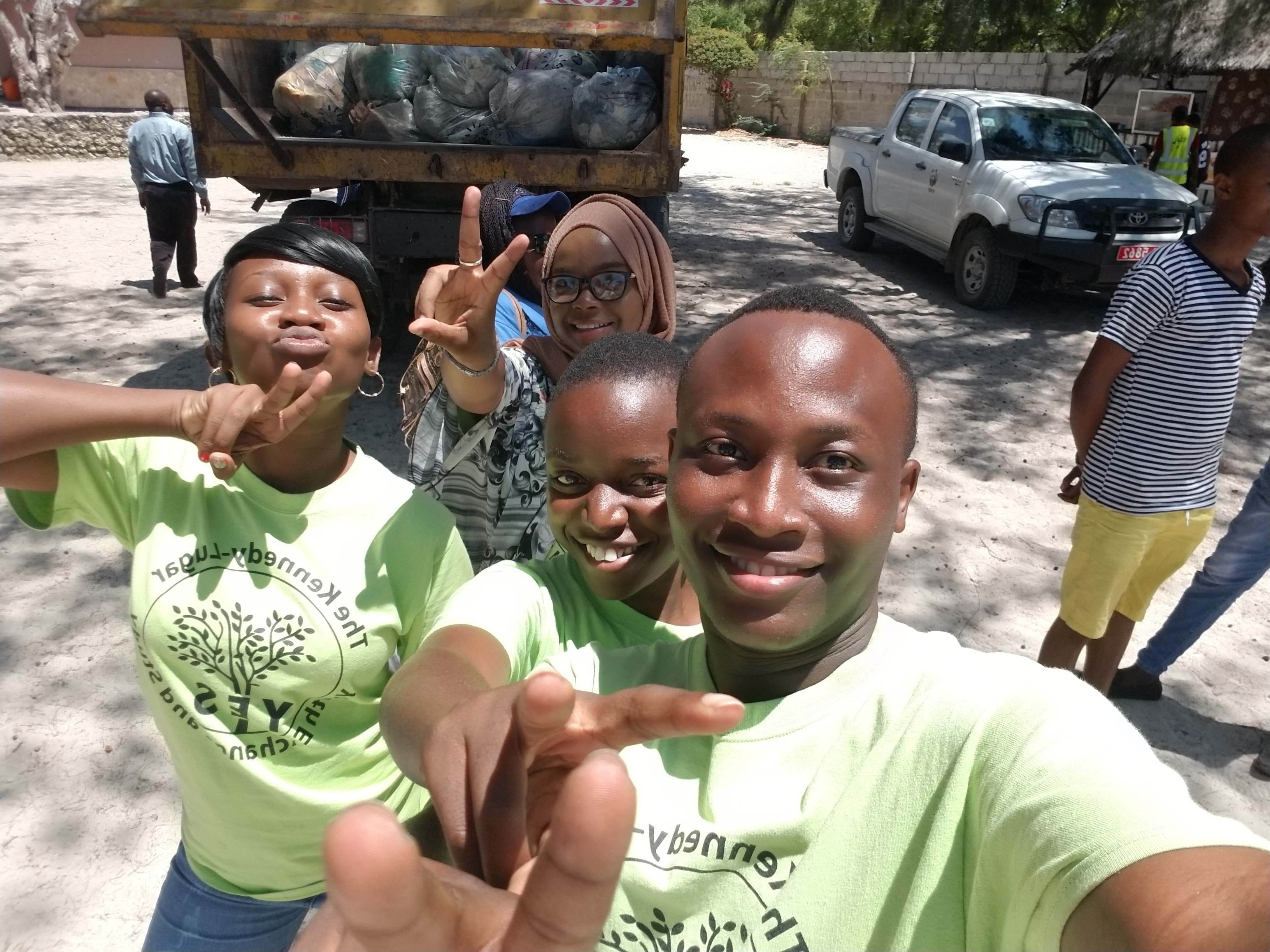 On September 21st, YES Alumni in Tanzania in collaboration with over 75 community members joined people around the globe to celebrate World Cleanup Day. World Cleanup Day is an initiative that aims at uniting the global community, raise awareness, and implement true change to achieve a clean and healthy planet. Alumni joined forces with a team of volunteers to clean up litter and mismanaged waste from various parts of Chadibwa beach at Kigamboni area. 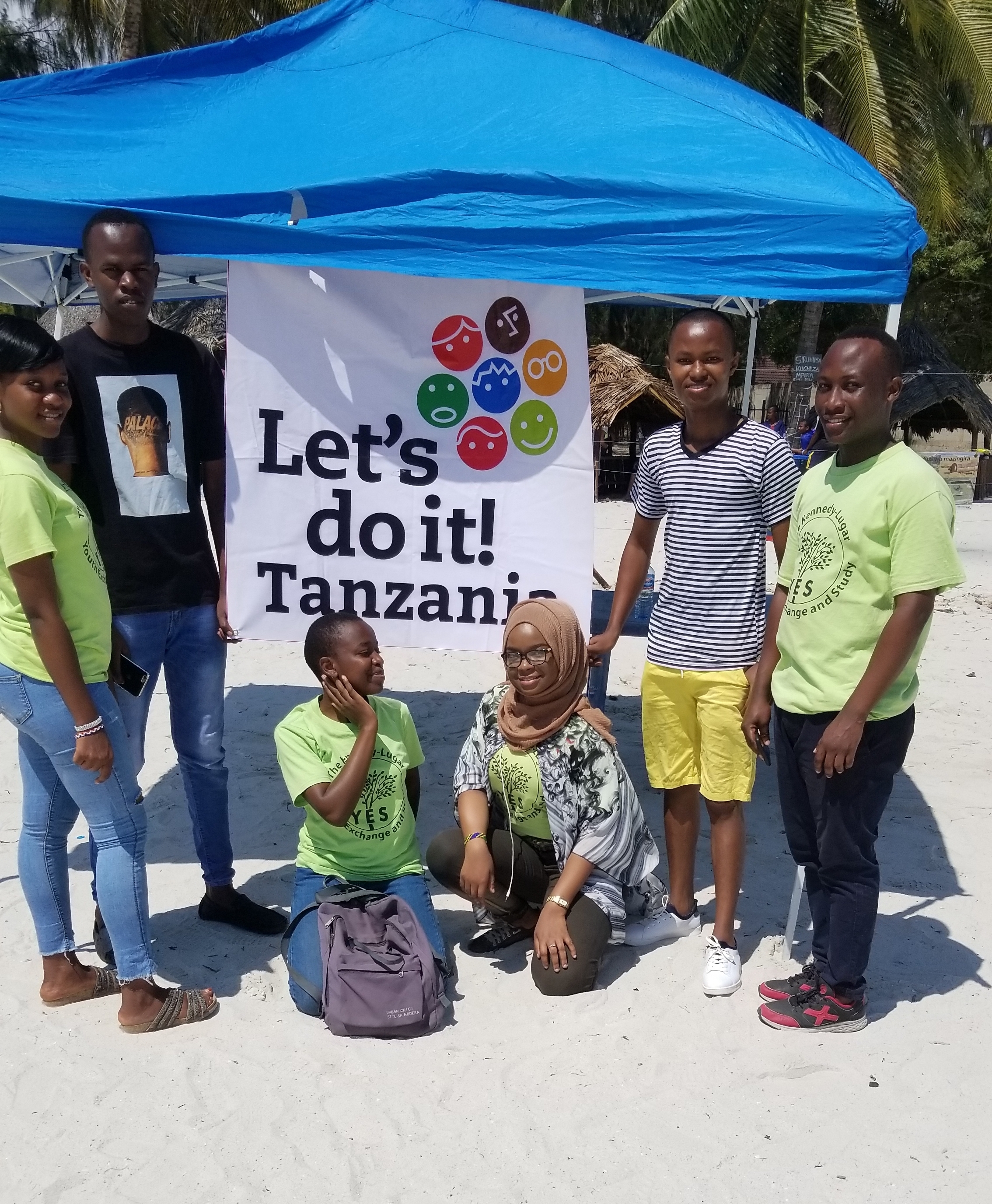 The campaign focused on working together to protect nature both in water and on land. It is known that waste is dumped on beaches and will eventually end up in our oceans. It is estimated that 80% of the waste floating around in the oceans is mismanaged waste carried to the sea through our beaches and waterways. The group took take action with local leaders, the government, and local and international companies to take steps towards cleaning up beaches.

“The beach is always nice but the view was ruined by mounds of trash: Plastic bags and water bottles and even torn clothes” said Makoi Rupati (YES 2013-2014, hosted by CIEE in Indianapolis, IN). 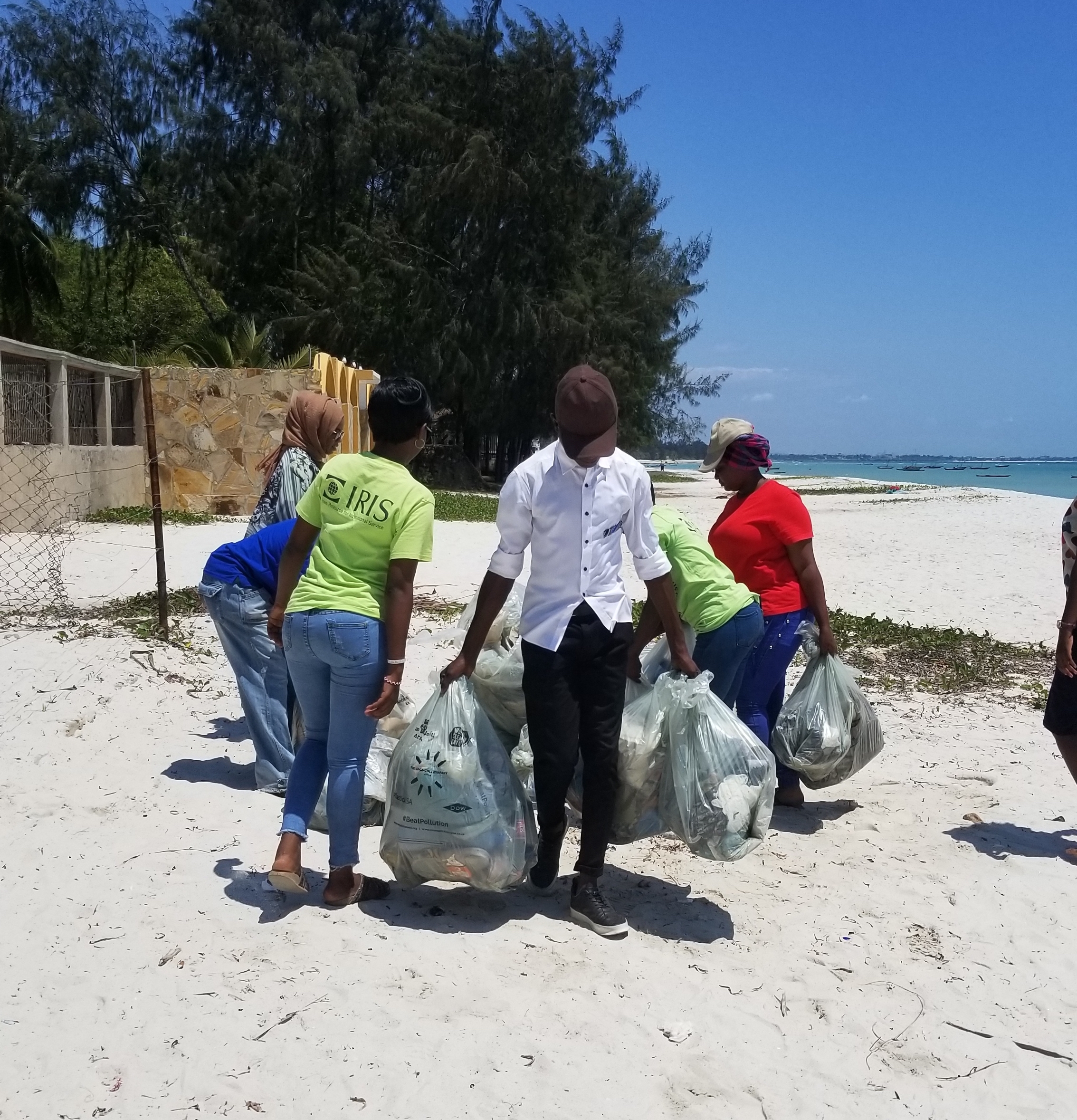 The activity involved elder people and children since they are the future leaders and ambassadors of making the environment clean. The beach clean-up project resulted in the collection of over 72 bags of trash which weighed a total of 940 lbs. Afterwards, some of the volunteering families went swimming at the freshly cleaned beach.

“We believe that this activity will alert other members of the society to keep the ocean and its surroundings clean. Also, we hope to work with other groups to ensure that beach cleaning activities take place every year in order to maintain our environment clean,” said Marco Marco (YES 2013-2014, hosted by PAX in Cedar Rapids, IA). 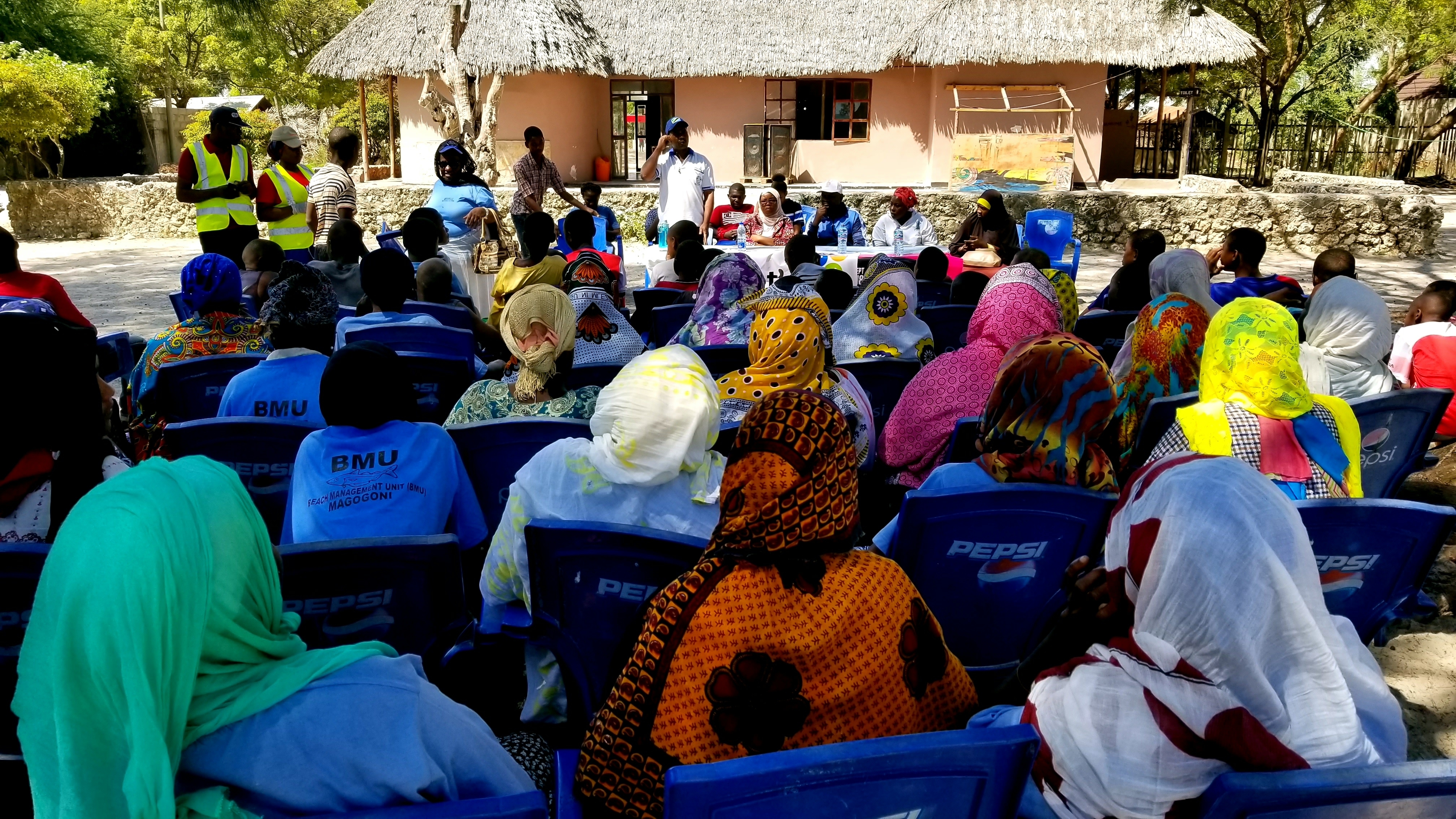