Coming Together to Educate: GYSD in Senegal 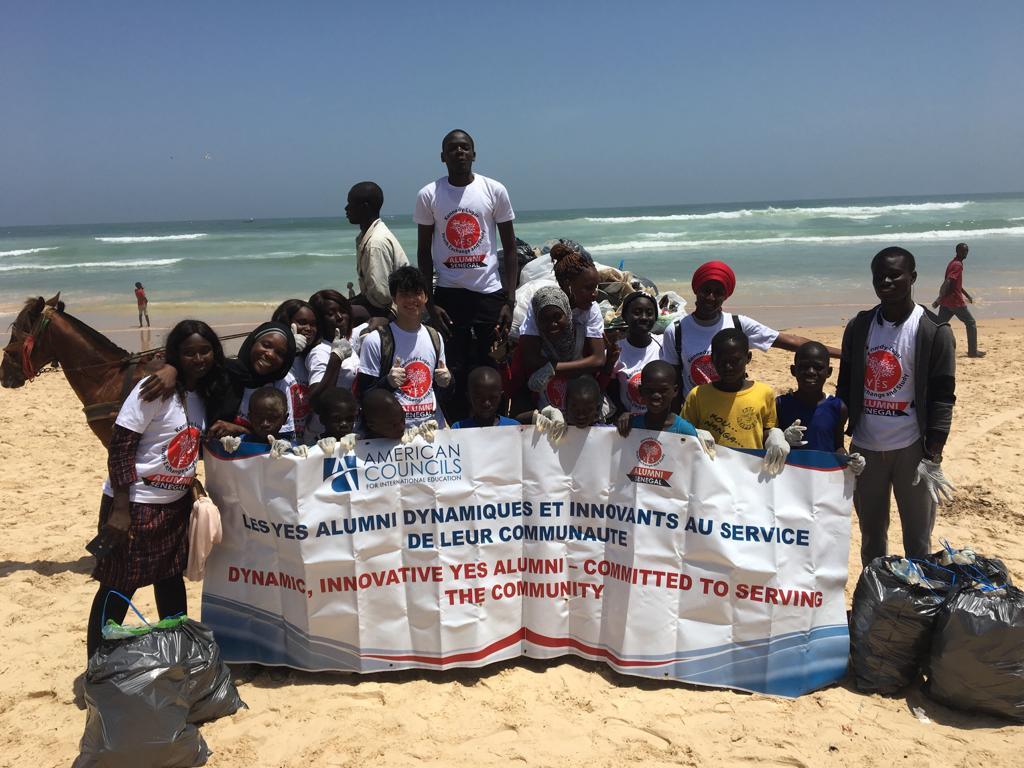 On April 12-14 Global Youth Service Day (GYSD) was celebrated by youth in many countries around the globe. Not to be left out on this 31st annual GYSD, which encourages young people around the world to make a positive global impact, YES Alumni in Senegal gave their time and efforts again this year to improve their communities by educating Senegalese youth about the environment, the importance of reading, and entrepreneurship and project-planning. 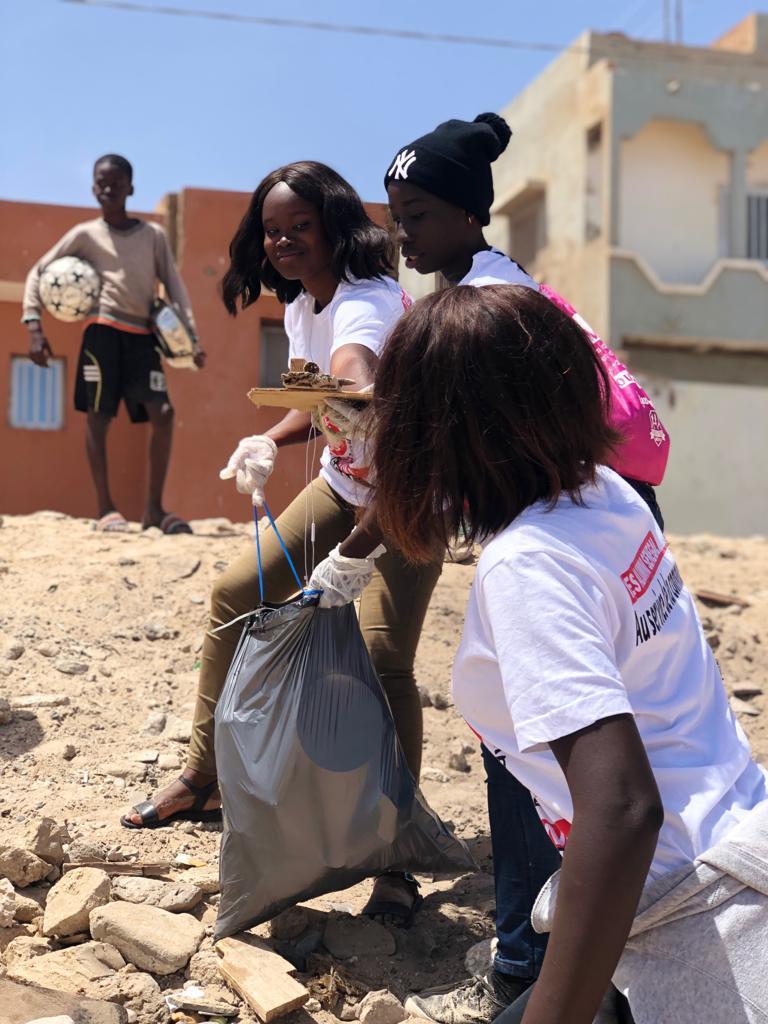 In Dakar I organized a Beach cleanup at “Plage de Yoff” (one of the biggest beaches in Dakar) in celebration of Global Youth Service Day. This activity was inspired by the Clean up challenge currently going on in Senegal, which emerged from the global trash tag challenge campaign for a cleaner environment going on around the world. Along with the 11 other alumni who attended the event and one of the currently on-program YES Abroad students, Devin, we picked up trash on the sea shore and also were excited when about ten nearby children, ages 6-12, spontaneously pitched in to help. Alumni told them about the YES Program and sensitized them to the importance of cleaning up. They also encouraged them to avoid throwing trash outside in order to have a cleaner and healthier environment. Together, we picked up over 30 bags of trash from the shore and both the alumni and children were proud to have participated in beautifying their sea shore. 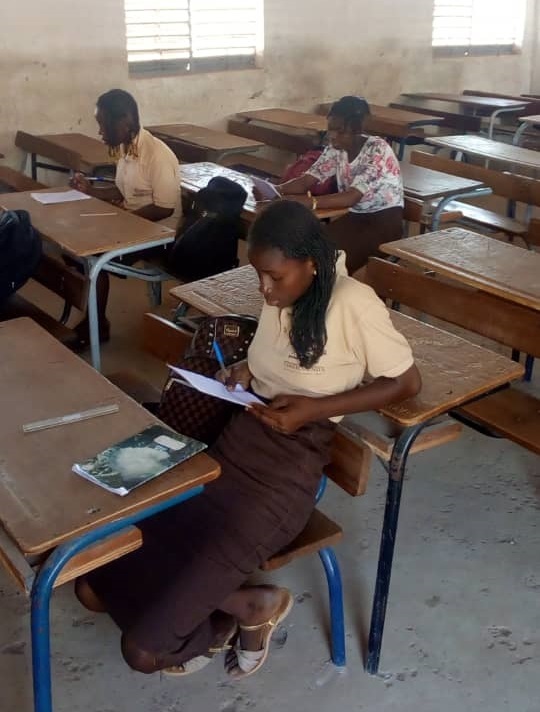 In the same framework, alumnus Mamady Diaoune (YES 2014-2015, Senegal, hosted by ACIE in 2014/2015 in Pittsburgh, PA) who is the City Representative of Tambacounda, organized a sensitization day about the importance of reading in his former high school in Tambacounda through a GYSD Matching Grant. With help from teachers he organized a dictation contest in which 20 students participated and the six winners received prizes. Activities also included a panel where teachers talked to students about the importance of reading and encouraged them to read more.  “When I was going to Afia middle high school, the school was among the best schools of the city but now the quality of that school is decreasing and the main reason is that the students are no longer interested in reading, so I have decided to organize a contest of dictation and reward the winners so that they can work harder and push the others to do like them. The English teachers asked me to have a contest in dictation in English in order to help the students to improve their English skills,” shared Mamady. After the contest, the winners have been selected to participate in an upcoming national contest and the school’s principal and teachers who attended the ceremony were really thankful to Mamady for his initiative which promotes reading and helps their school get back to its level of excellence 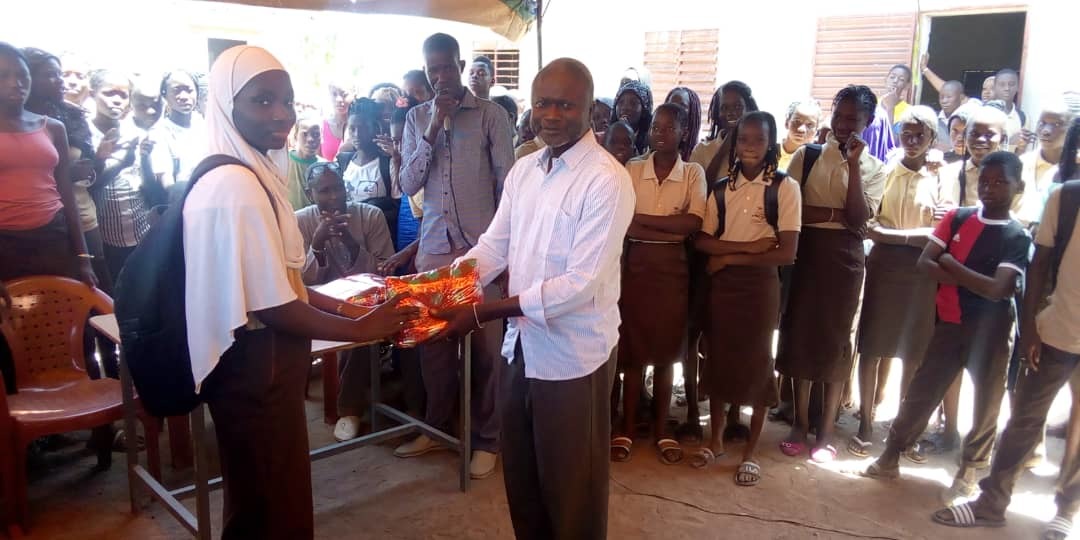 University representative of Ziguinchor University, Farma Maiga (YES 2014-2015, Senegal, hosted by CIEE in Hawkinsville, GA) and members of the Entrepreneurial club of the university organized a panel about entrepreneurship for 50 college students. The club received partial funding of about $320 from the local agency for the development and supervision of small and medium-sized enterprises, which paid for the trainer’s honorarium and part of the coffee break. 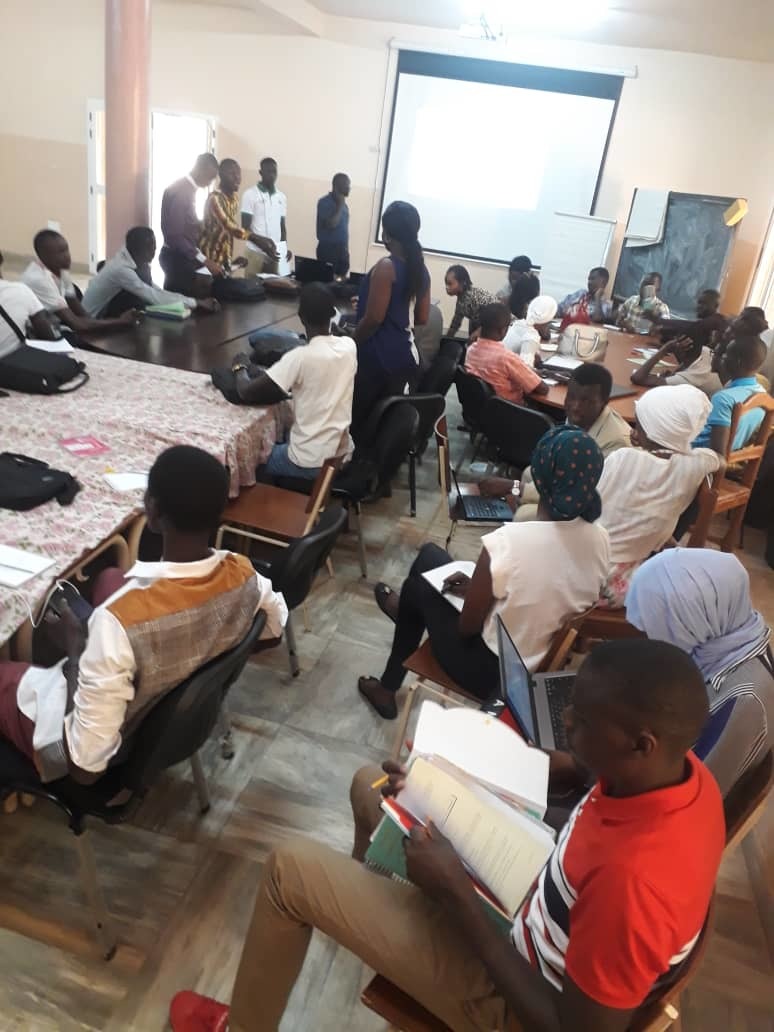 Though panel discussions and presentations they learned about project planning and implementation, avoiding failure, and making profit in the long term. Students really appreciated it and said “we are ready to start making change. Even if we don’t gain something the only fact of trying is worth it.” The club will give certificates to the participants by their next meeting and Farma shared, “Collegians always have project ideas that could help to live in a better place and develop them but they don’t know how to make them work. I can’t wait to see how they are going to use what they learned in the future."