Creating Beauty with the Simple Things 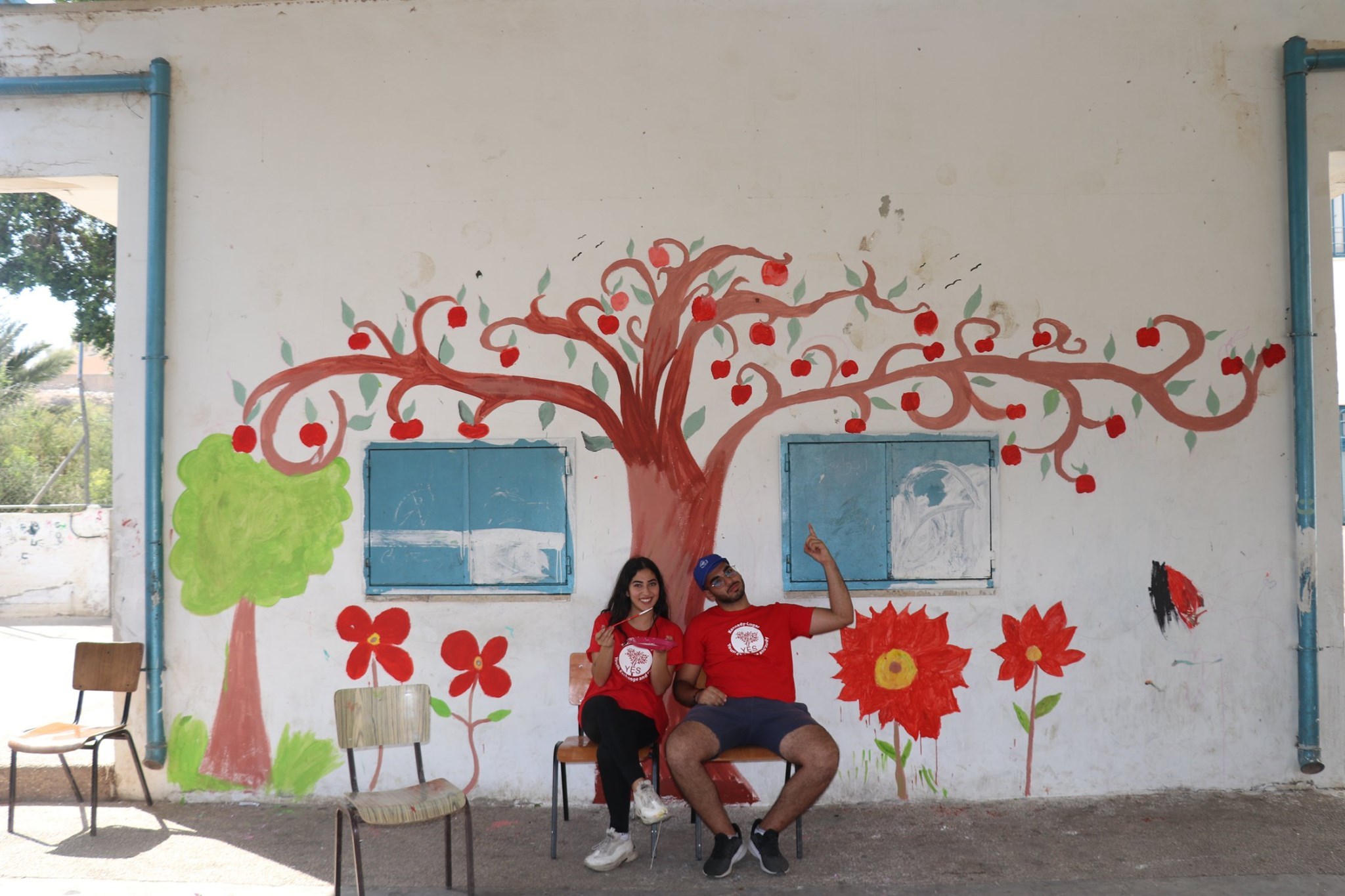 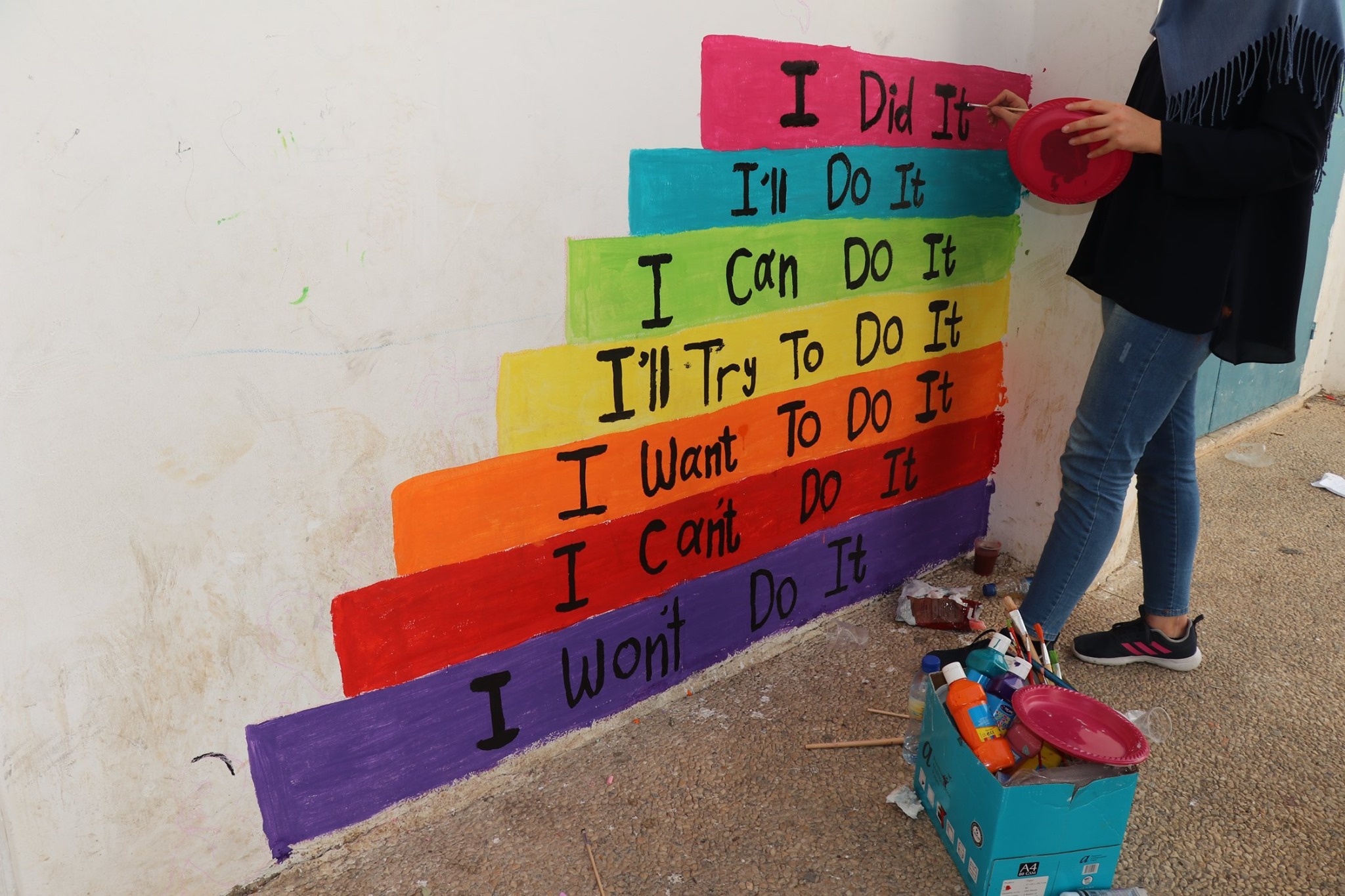 On October 13, four YES alumni volunteered at an UNRWA school in Al-Jiftlik, a community in Jericho. Alongside three ACCESS alumni and two local artists, the YES alumni helped renovate the school playground. The volunteers painted murals and planted trees to add some cheer to this local school.

The volunteers divided themselves into three groups: a group to draw the outlines on the walls, a group to paint in the outlines, and another group to plant trees. The murals on the school walls had inspirational messages and were painted in vibrant colors. Additionally, the alumni painted used tires with different colors and used them to plant the trees. Not only did this add some creativity to the playground, it also gave the students an idea of how they can reuse material and objects to create beauty. 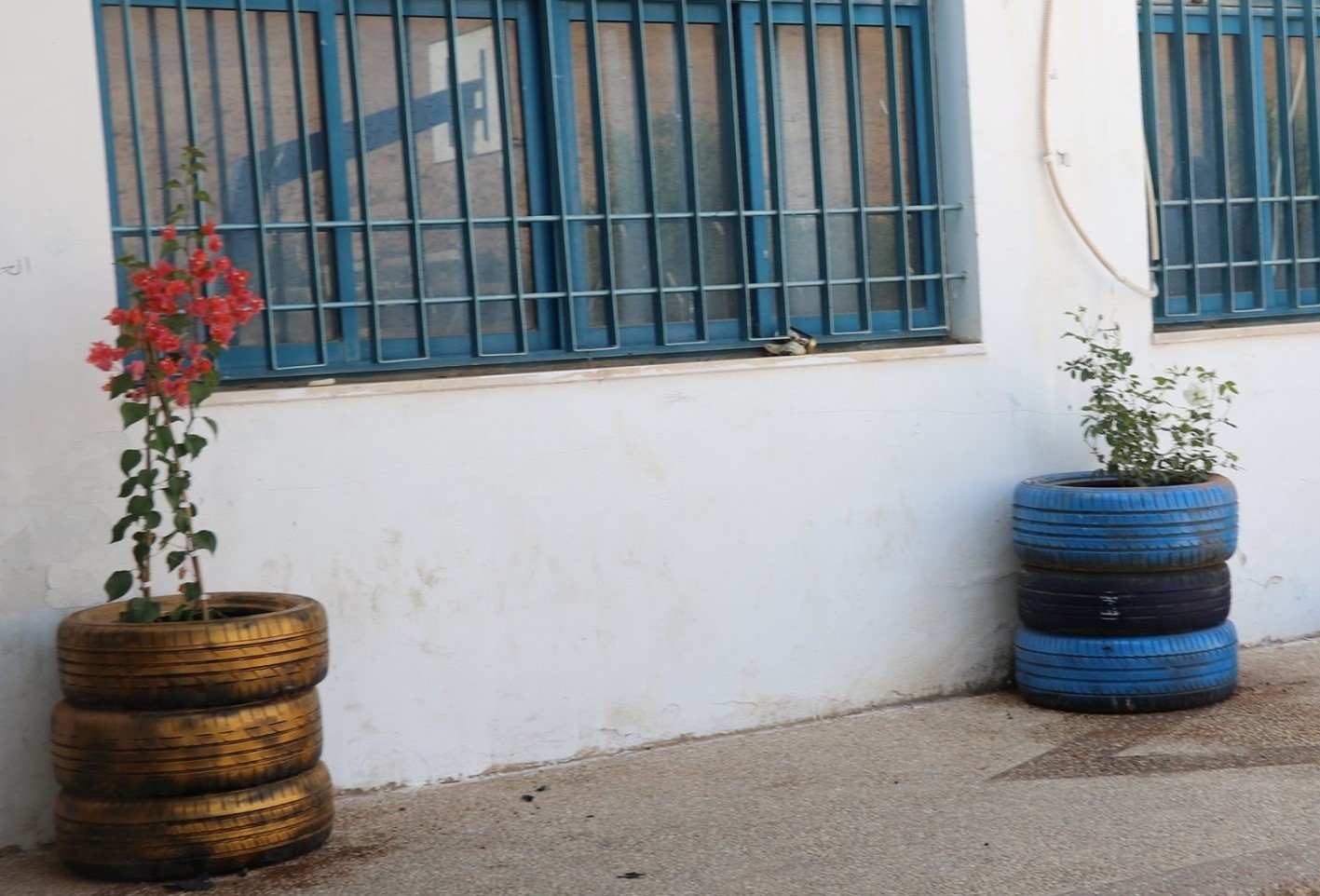 The students were present while the alumni were volunteering at school. Some of the students and teachers joined the alumni during their break and helped with the painting and planting. Everyone was happy with the end result and one student remarked, "Look at how beautiful our school has become." YES alumna Dalia Far (YES ’16) shared, "It was very nice to go to such marginalized community. We probably gave something small to this community, but it will absolutely affect the students on a large scale." 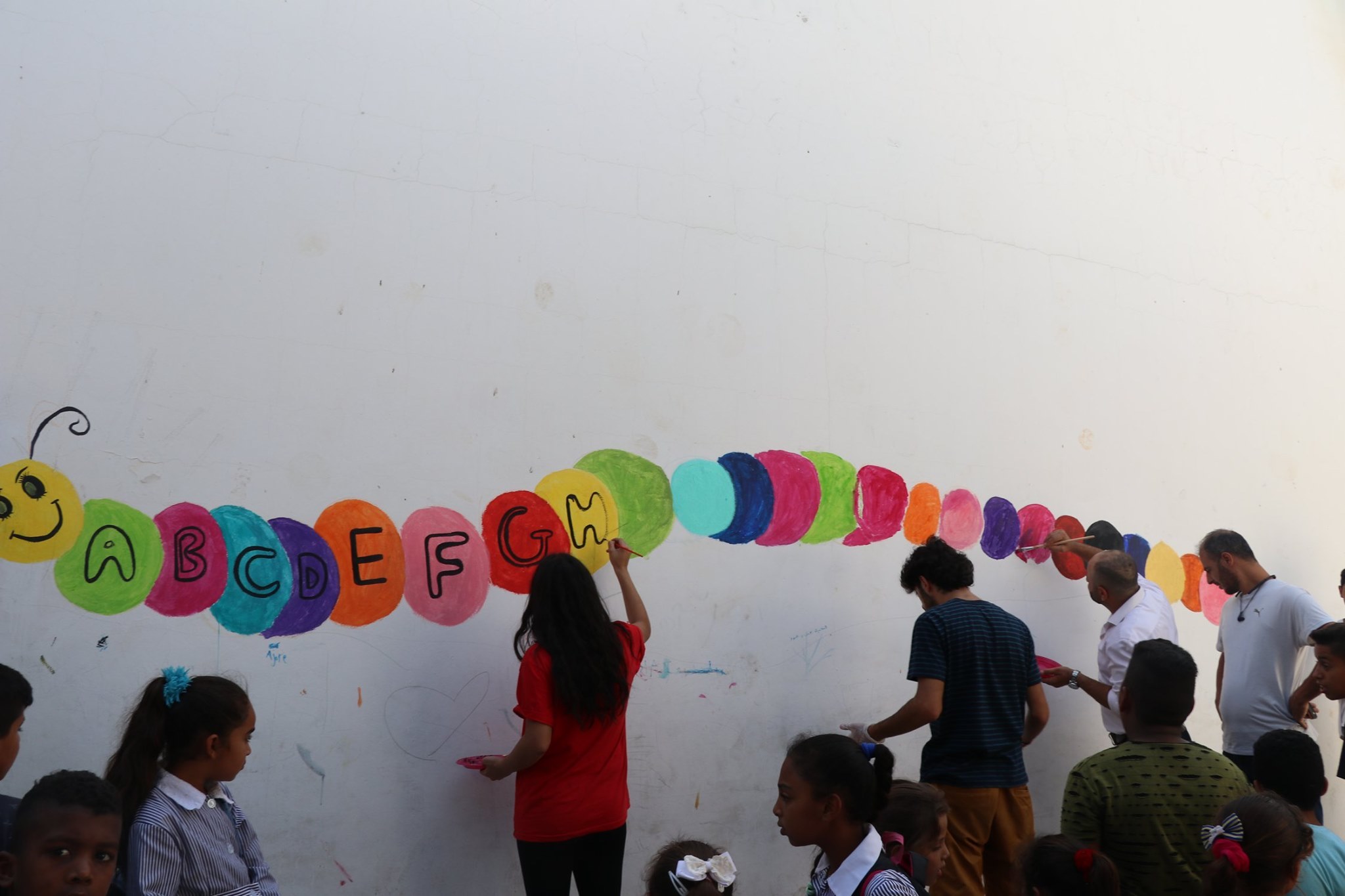 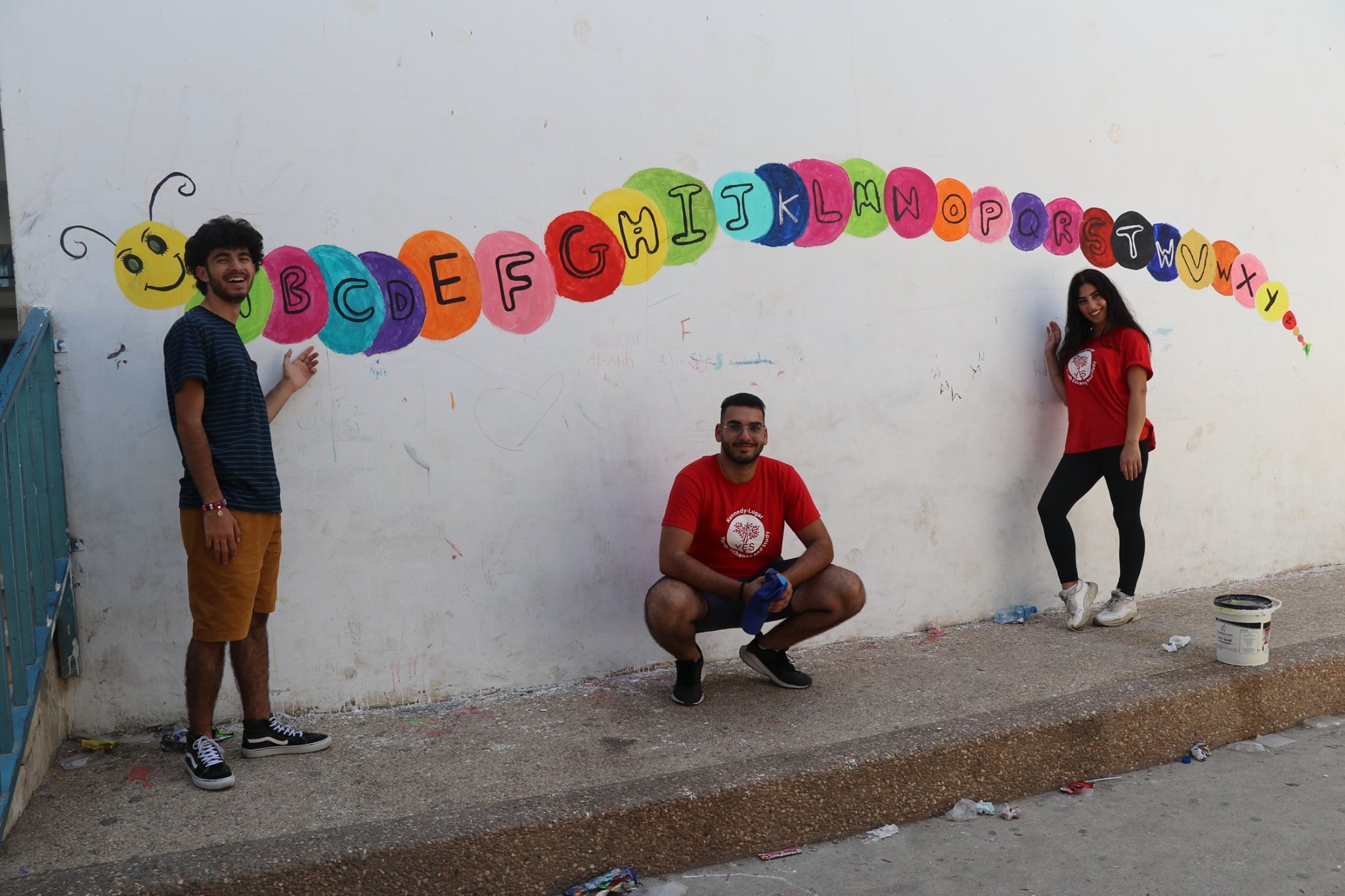