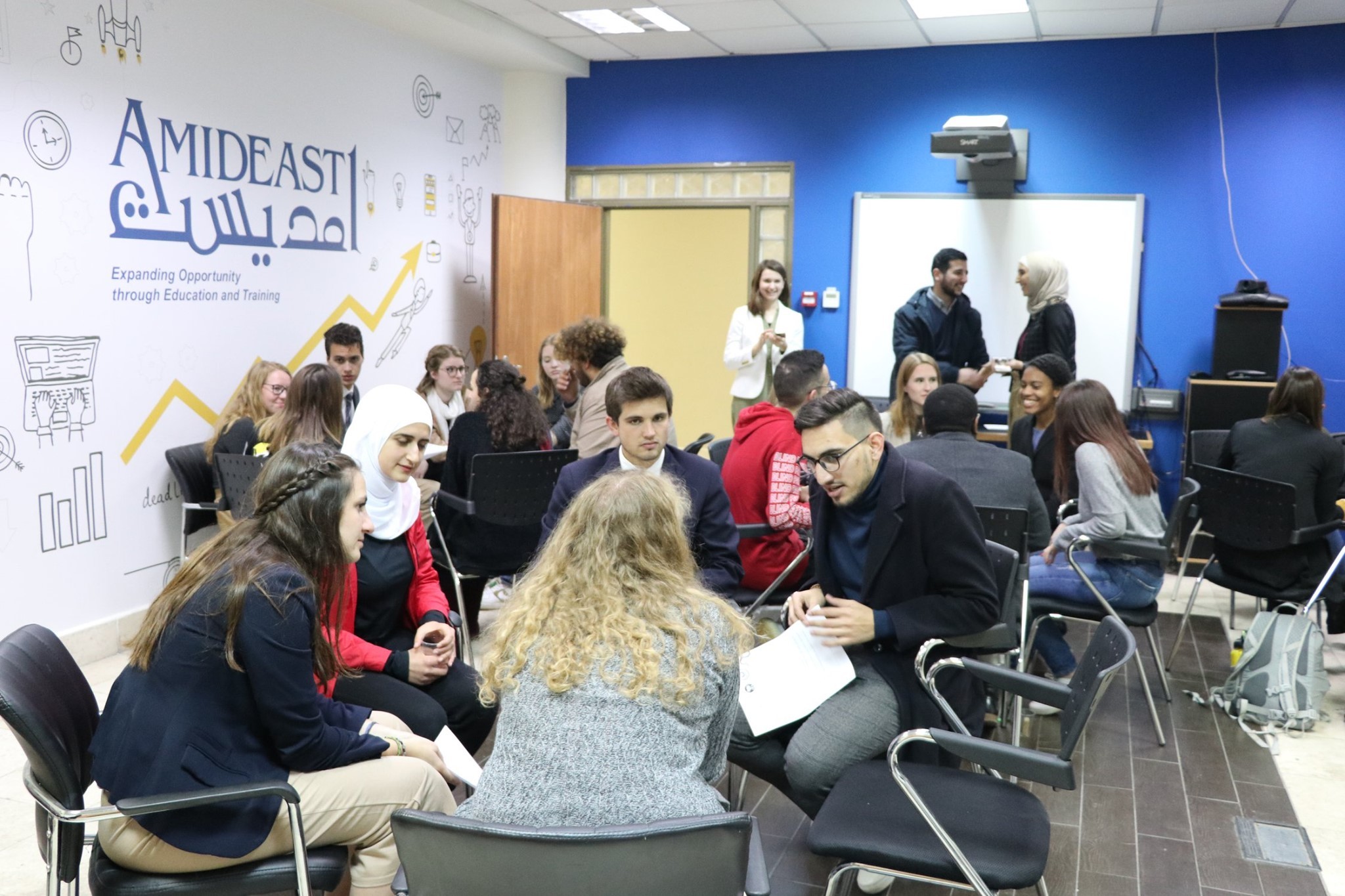 Cross-cultural connection is one of the most important elements of exchange programs. Learning about a new culture through immersion abroad is one of the biggest challenges and rewards for our students, and that same curiosity to explore the world stays with our YES alumni long after their program year ends. Throughout the month of February our alumni in West Bank and Gaza engaged in cross-cultural activities with American students.

On February 6, six YES alumni participated in the EducationUSA’s Alumni Cross-Cultural Day in Gaza. The goal of the event was to introduce current English Access Microscholarship (Access) students to educational and cultural experiences in the United States. 11 alumni from YES, Access, TechGirls, UGRAD, and EducationUSA Academy spoke about their experiences and the opportunities they gained from participating in their respective U.S. government funded programs. 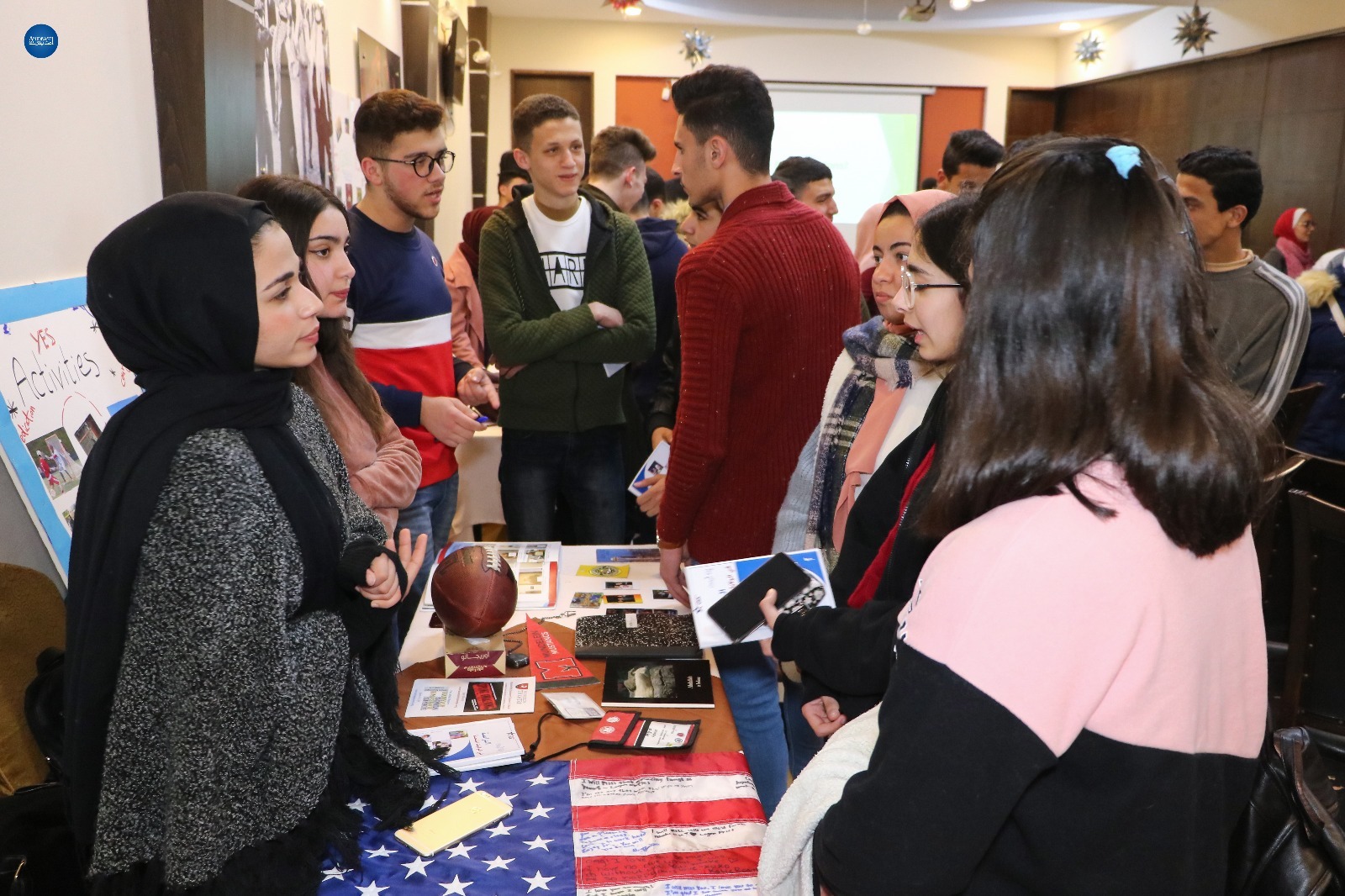 The YES alumni talked how the program opened the doors for them to build new friendships internationally. The alumni also introduced the students to the American education system, and talked about the different activities they did while in the United States. The attendees asked the alumni questions about how they lived in a host family and the adaptation process. At the end, the alumni showed the attendees some souvenirs and pictures they brought with them from the United States. 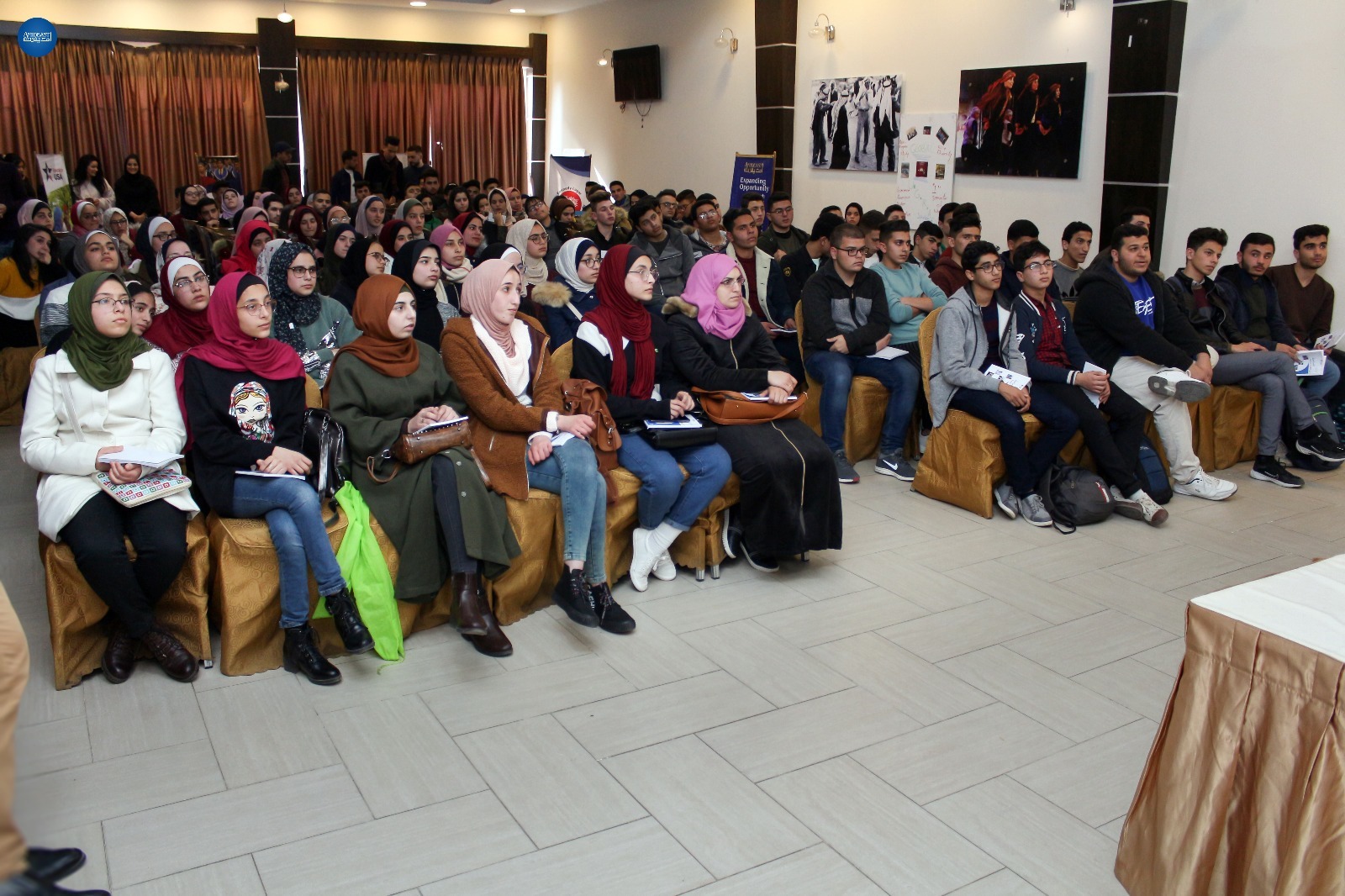 Later on February 17, twenty undergraduate exchange students from universities across the United States visited the AMIDEAST office in Ramallah. All these students are enrolled in the Middle East Studies Program (MESP) program, a study abroad program based in Amman, Jordan. These exchange students spend a semester studying Arabic language and culture, while also participating in service projects and traveling in the Middle Eastern region. To help enhance their experience, twenty YES alumni met with the MESP students to help them learn more about Palestinian culture and to hear about life for young people in the West Bank. This was also an opportunity for the YES alumni to reconnect with students from the United States. 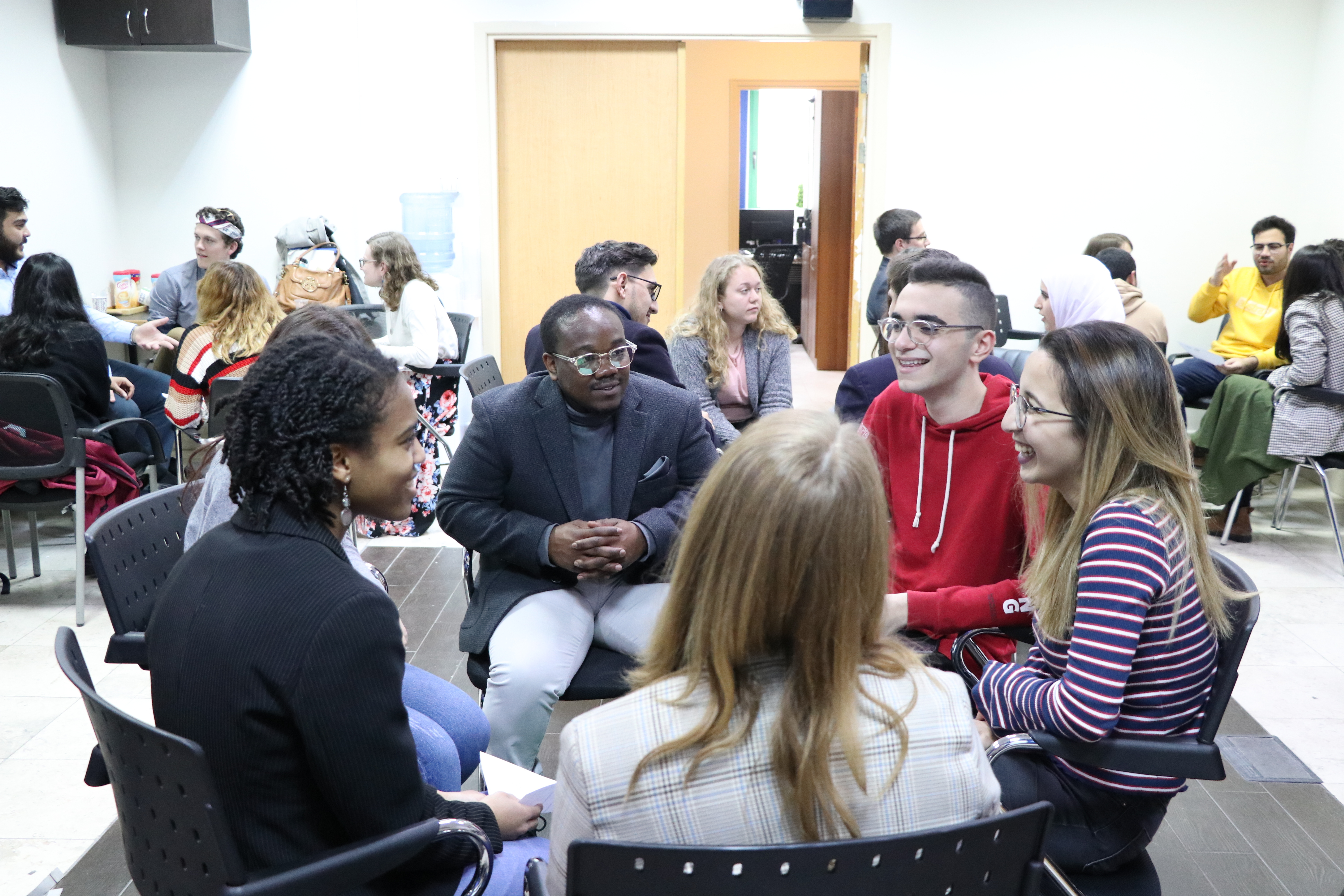 As the YES alumni and MESP students started the day with introductions, they helped break the ice with some casual conversation and snacks before getting into the prepared cultural discussion topics. Afterwards, the YES alumni and MESP students were divided into six groups. Each group was given a set of questions that discussed about the differences between the Palestinian and American culture. Every ten minutes, the groups rotated so everyone had a chance to speak with one another.

Once the students finished discussing these topics, it was time for the “speed dating game!” Both groups were asked to stand in two lines facing each other, where every MESP student faced a YES alumnus/a. Every minute a funny question was asked and the two people facing each other would talk to each other about it, as if they were on “a date.” Once the minute was over, the students in the YES alumni line would shift to the left so everyone had a new date for each question.

At the end it was time for goodbyes, both groups wished it could have lasted longer. They exchanged social media accounts so they would stay in touch. Both groups enjoyed talking with each other, and learning more about each other’s cultures. 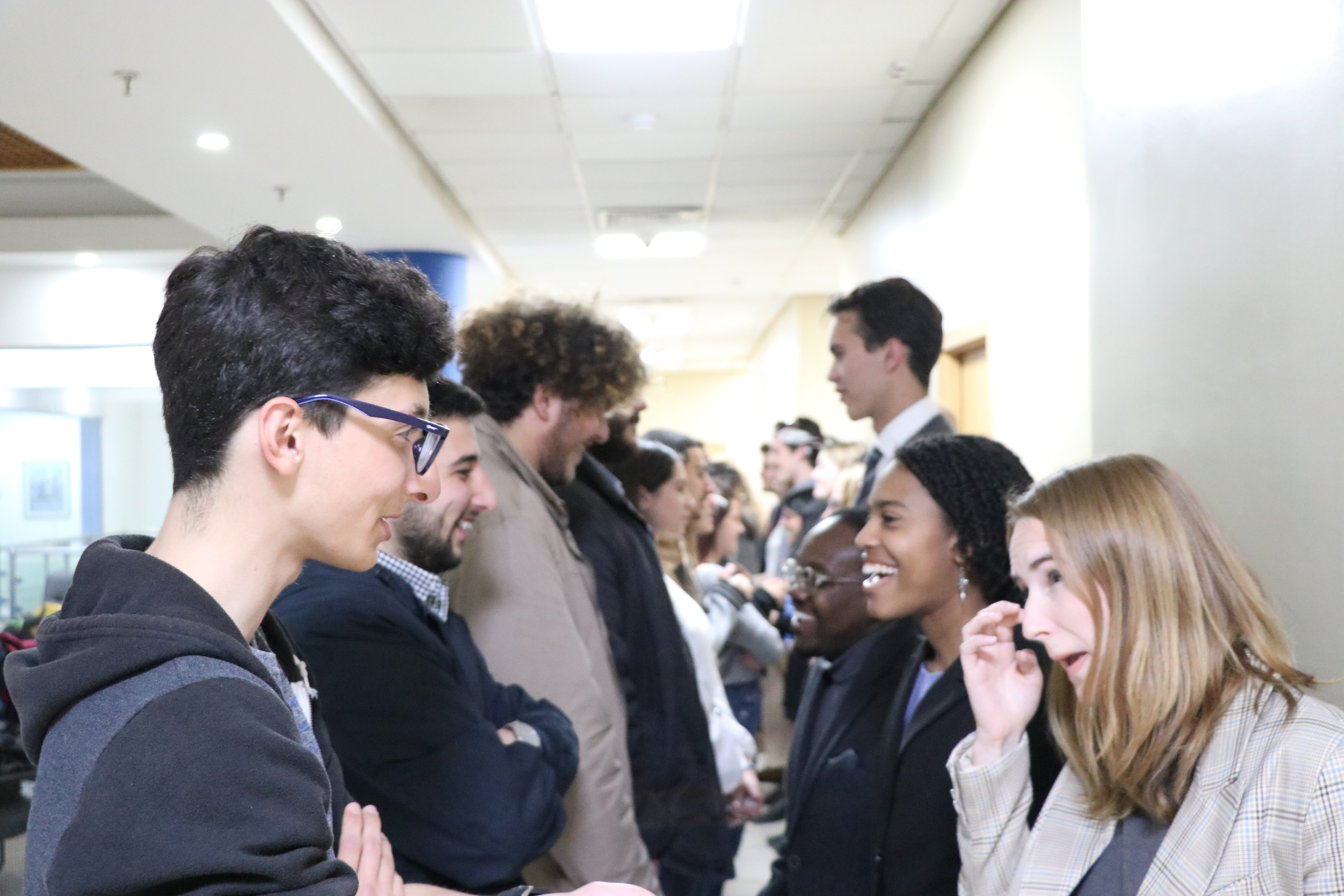