Up for Debate in Ghana 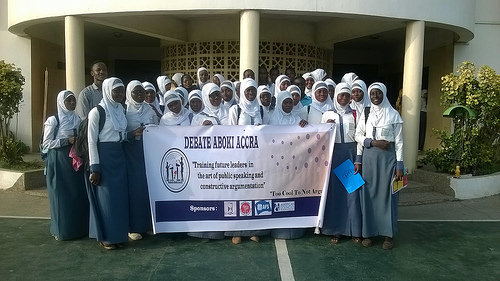 In 2011, I was selected as a recipient of the Kennedy Lugar Youth Exchange and Study program. At the time, I had little to no idea about how this was going to shape my life and influence the choices I would make in my adulthood. I am from a predominantly Muslim neighborhood in Ghana’s capital of Accra, but while on the YES program, I was placed in a small farming community with virtually no Muslim population. The interactions I had with people during the program taught me the power of dialogue and constructive argumentation in working towards dispelling stereotypes and irrational fears of others.

I did not join the debate team of my American high school, but nonetheless, I was involved in a couple of classroom debates about issues. It heightened my interest in engaging in issues and debating, albeit informally. Once I returned home and enrolled in a university for my tertiary education, I got the chance to join a debate society and quickly became one of the leading speakers in the society. I have represented my university’s debate society in national as well as international tournaments, and have been ranked as the 3rd best speaker in the nation.

Despite the existence of relatively well-structured debate unions at the university level, there is no such system at the high school level.  Even at the university level, very few people have an interest in debating, which I find very worrying. As a fledgling democracy, it is important that youth be fully invested in the national happenings. Currently, political discourse in our country revolves around insults and character assassination, so it is even more important that youth engage in constructive debate and change the current system.

Added to the above, I believe competitive debating can be an avenue for extracurricular activities. Well-structured debate clubs in schools can become avenues for constructive use of after school hours. These clubs could also help create Ghana’s first team to ever attend the World Schools Debate Championship.

And thus, Debate Aboki (Aboki is a Hausa word for "friend/mate/colleague") was conceived. This project aims to train students at select high schools in Accra in the art of debating by using the world schools format. The trainers are some of the top debaters in Ghana, many of whom are ranked in Ghana’s top 10 speaker list. The project is being undertaken in collaboration between the YES Ghana Alumni Association and The University of Ghana Debate Society, and is being funded by the U.S. Department of State's Bureau of Educational and Cultrual Affairs through a YES Small Grant.

The first debate session took place at the Presbyterian Boys Secondary School and the second took place at the Ghana Lebanon Islamic School. The first school is an all-boys secondary school, but a large number of females attended the debating session at the Islamic School. The training sessions took students through the basics of argumentation and the world schools format. A coach will be assigned to each high school to further train the students in the fundamentals of debating. There will be more sessions with other schools, and then each school will participate in a mini debate tournament.

The project has already courted the interest of the Ghana Universities Debate Council, who now want to extend the program to other schools. African Heights, an NGO in Ghana, has also expressed interest in helping with the continuation of the project after its current timeline expires. Our hope is that the high schools that are currently participating will be able to continue training their own students.

Undertaking this project so far has been very fulfilling knowing that we, the trainers, are giving back to society. This project would not have been successful so far without the help and support of the U.S. Department of State's Bureau of Educational and Cultrual Affairs, American Councils for International Education, American Field Service, YES Ghana Alumni Association, and the University of Ghana Debate Society. We are very grateful for the support we have received so far. 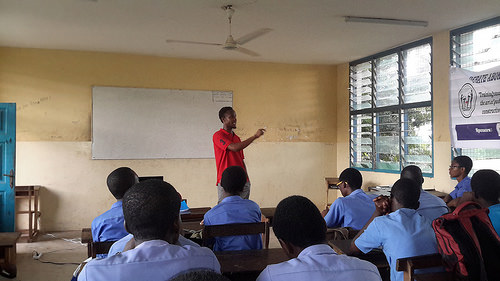