Filipino YES alumni converged at SM North EDSA mall in Quezon City, Philippines on November 7 to take part in the “U.S. Election Watch 2012” organized by the US Embassy in Manila.

U.S. Ambassador to the Philippines Harry K. Thomas Jr. opened the event. For YES alumni, it was a unique opportunity to meet representatives of the U.S. Embassy and ask/discuss about elections and democracy in the United States. It was also a chance for them to relive the experience they had in the US during the past elections 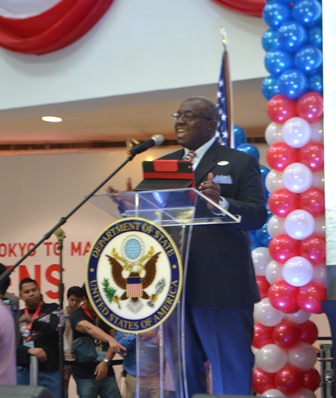 Photo: US Ambasssador to the Phillipines Harry K. Thomas

The event allowed the audience and the alumni to watch live election returns, take part in activities like the green screen photo booth, intermission trivia games, and elections-related information. 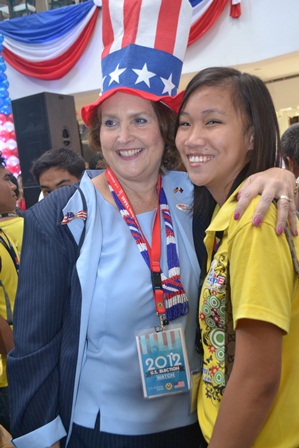