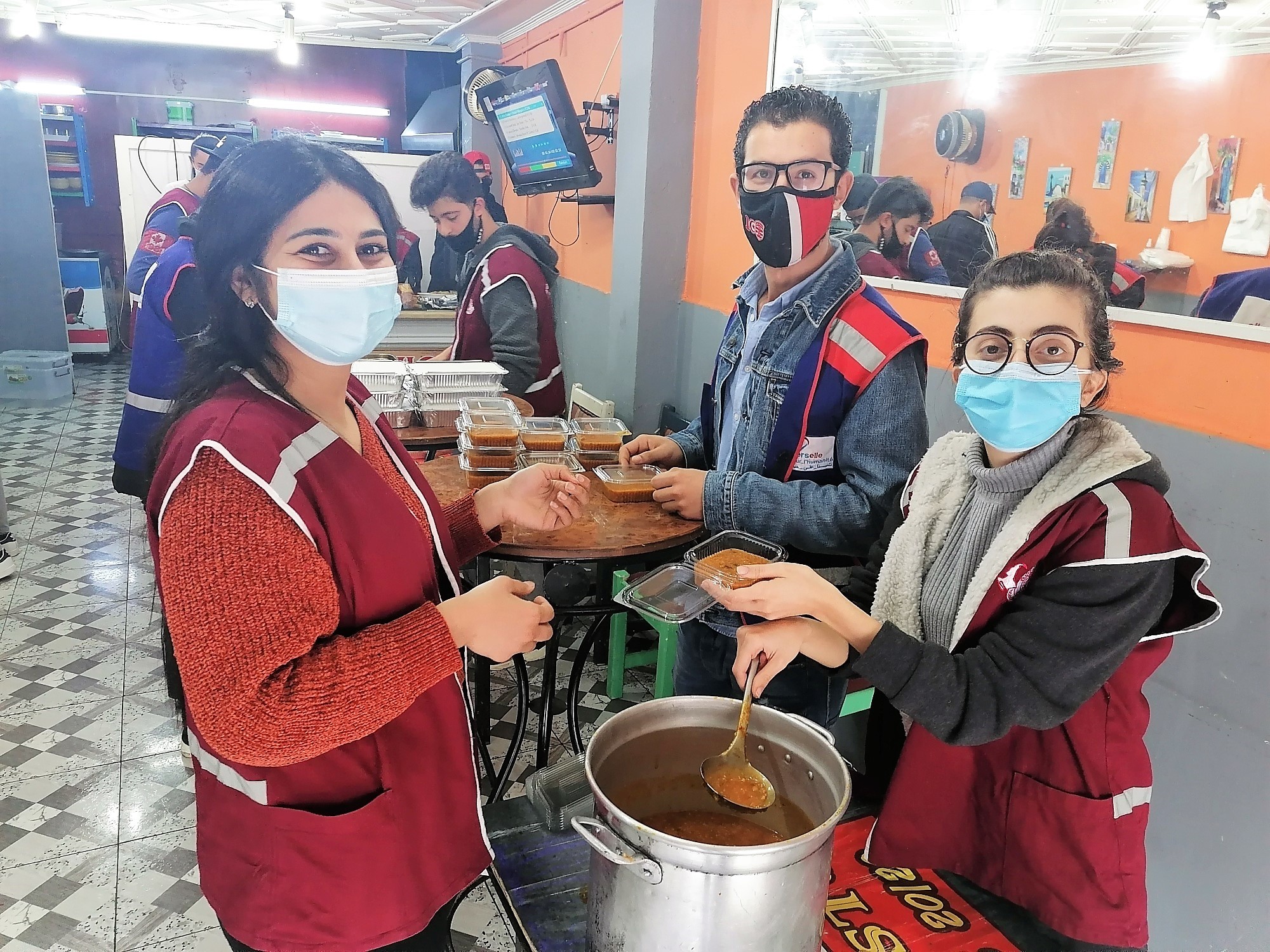 The Holy Month of Ramadan was observed from April 12 to May 12, 2021. During this time, YES alumni carried out projects that benefited an estimated 5,000 people in their communities. Here are eleven YES alumni community projects and celebrations to uplift and inspire!

1. As vice president of her Rotaract chapter in Tunisia, Meriem Korbi ’15 led a campaign throughout the month of Ramadan to distribute meals to the homeless. Meriem was the lead organizer, responsible for assigning tasks to volunteers and supervising the work. She helped recruit campaign sponsors, collect and distribute food, and staff donation stands the team set up in front of local shops. She and her peers fed around 120 homeless people each day through this project, which was a collaboration between Rotaract Club Tunis Alpha, Rotaract Club Technopole el Ghazela, and members of the Association Universelle. (Photo above) 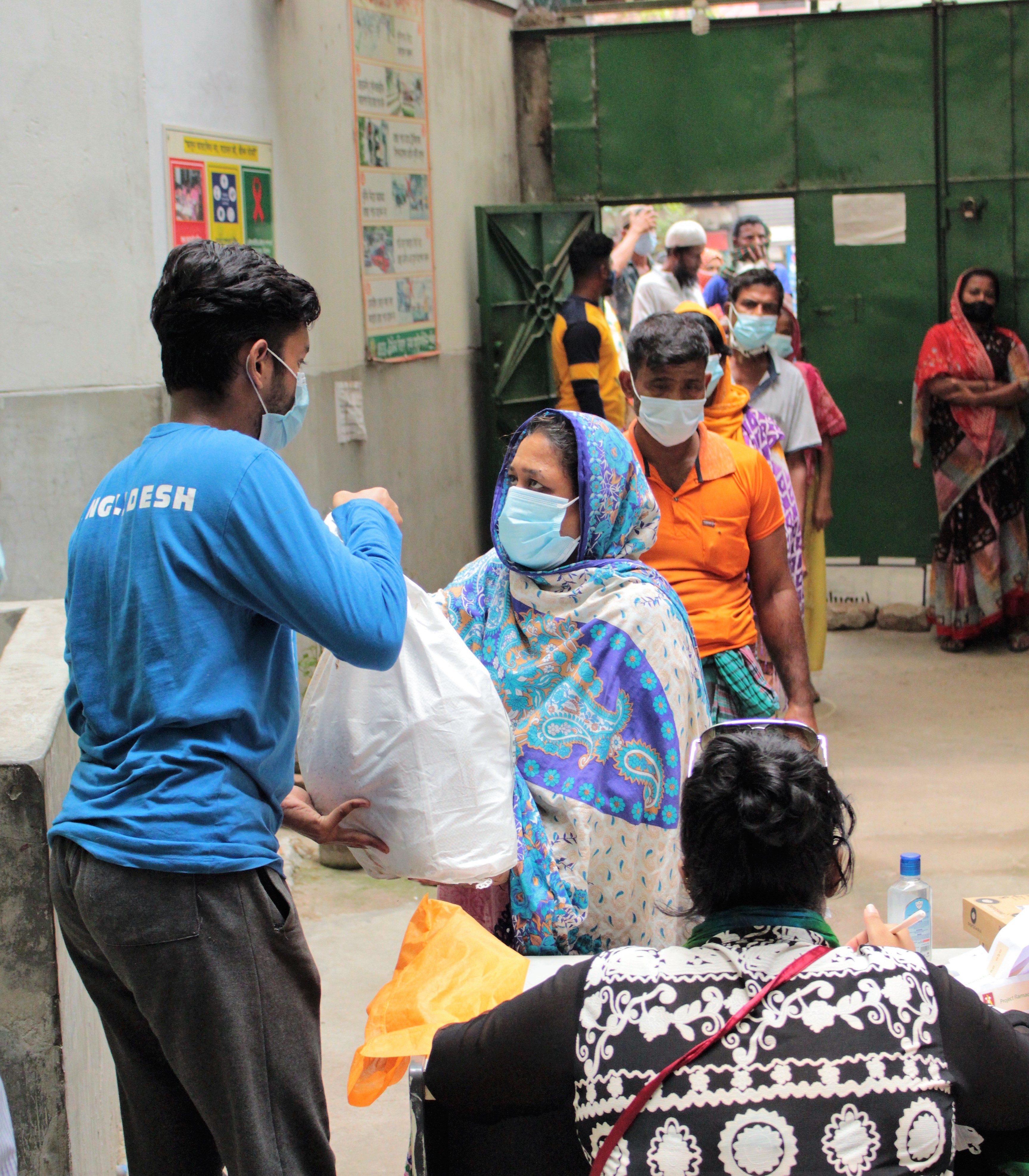 2. In Bangladesh, alumni organized two fundraisers for Project Ramadan, an initiative to help families break their fast during Ramadan. The first fundraiser was a graphic design workshop. Attendees paid a registration fee to learn design skills using Adobe Illustrator and Adobe Photoshop. The second fundraiser, Project Querencia, was a virtual art exhibition and competition in fine arts, performing arts, and storytelling. These fundraisers generated over 1,770 USD, which was used to buy rice, oil, salt, sugar, potatoes, milk, and vermicelli for 1,000 people in need.

3. Alumni from Jordan hosted an online Ramadan gathering and invited alumni from around the world to share the Ramadan traditions of their countries. Twenty alumni from nine countries, including Kosovo, Lebanon, Libya, Morocco, Nigeria, Pakistan, West Bank, Tunisia, and Jordan presented about Ramadan rituals, culture, and food and answered questions from fellow participants. Two host mothers and two friends from the U.S. also attended to learn more about Ramadan rituals and customs.

4. On April 21, alumni in Lebanon gathered with officials from the U.S. Embassy for a virtual Ramadan iftar. The U.S. Embassy organized meals to be delivered so that all participants could share the same meal in different locations. U.S. Ambassador Dorothy Shea, Public Affairs Officer Kristina Hayden, and Cultural Affairs Assistant Fidaa Al Fakih attended. 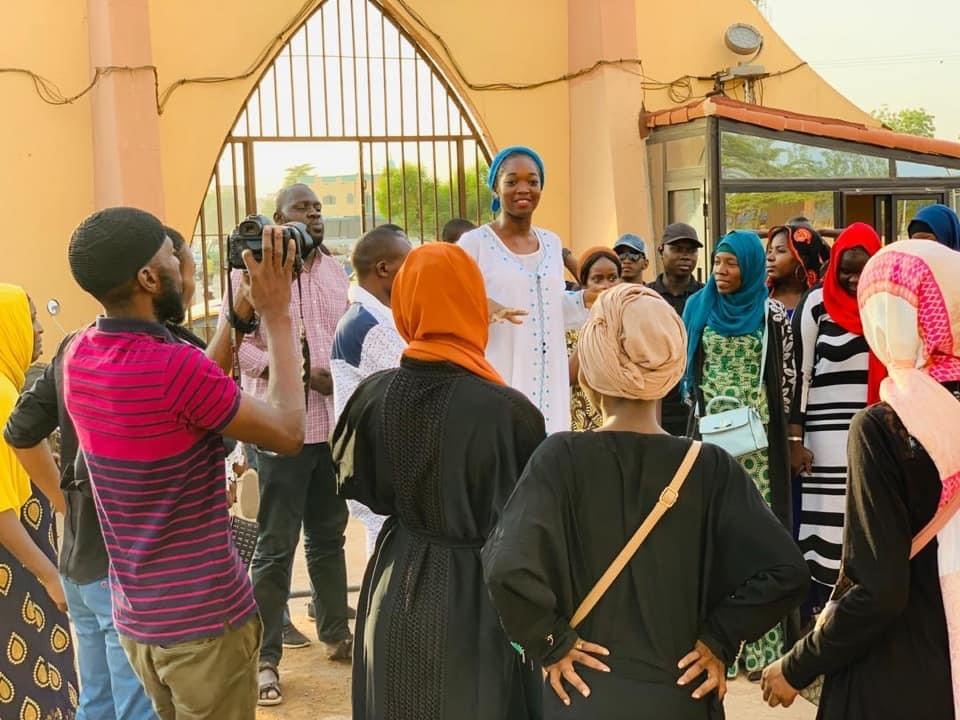 5. Throughout the month, alumni implemented Operation Ramadan in partnership with other youth associations in Mali, with the goal of providing meals to low-income families to break their fast. Alumni started fundraising several months ago through social media and impacted around 800 families and frontline workers through their efforts.

6. In the spirit of Ramadan, Ali Haji Mohammed ’07 organized a clothing and food drive in Zanzibar City, Tanzania. Eleven alumni joined Ali in collecting clothes and food to donate to the less fortunate in their community. Over 130 people, including orphans, widows, and the elderly, benefited from the drive. 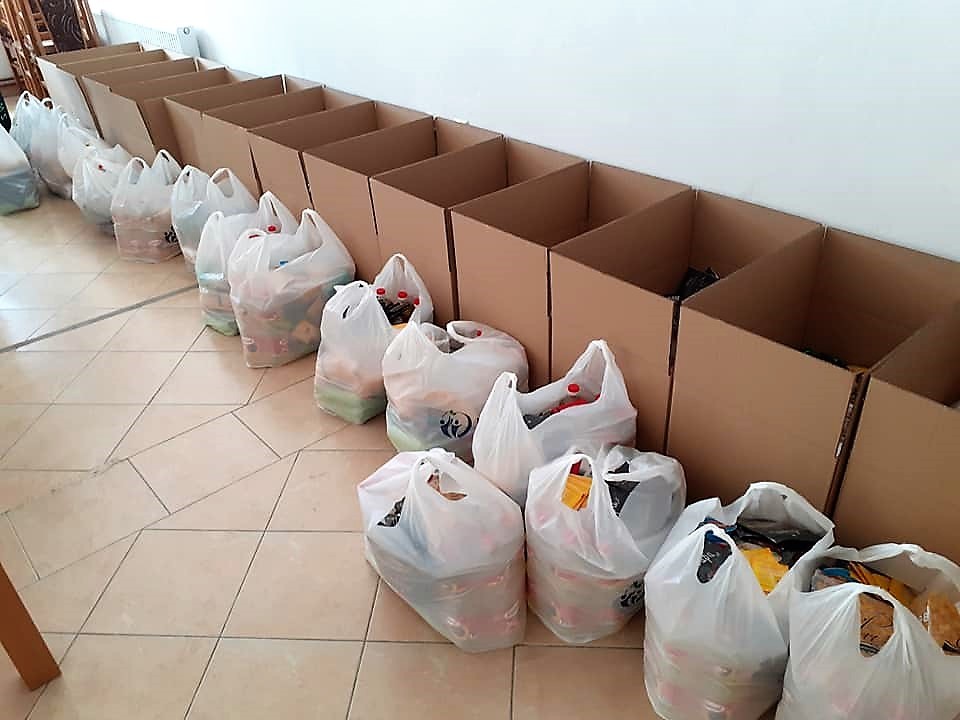 Ramadan Packages in Bosnia and Herzegovina

7. Amina Meric ’20 organized the project Ramadan Packages, which provided families in need in Bosnia and Herzegovina with food and hygiene supplies. Amina partnered with the local NGO HUG Od sebe za druge to raise funds and donations from the local community and other organizations. Twelve volunteers distributed the packages to 131 families, providing the families with basic necessities and showing the community the importance of volunteering.

8. Alumni in Kuwait organized a virtual ghabqa. A ghabqa is a traditional Kuwaiti gathering that takes place after breaking fast throughout Ramadan. The organizers invited the new finalist cohort and answered questions about being a student in the U.S. Officials from the U.S. Embassy participated, including U.S. Ambassador to Kuwait Alina Romanowski, Cultural Affairs Officer Nelson Wren, and Public Engagement Specialist Adel Ibrahim. Program Officers Kevin Baker and Kris McElwee from the U.S. Department of State Bureau of Educational and Cultural Affairs also attended. 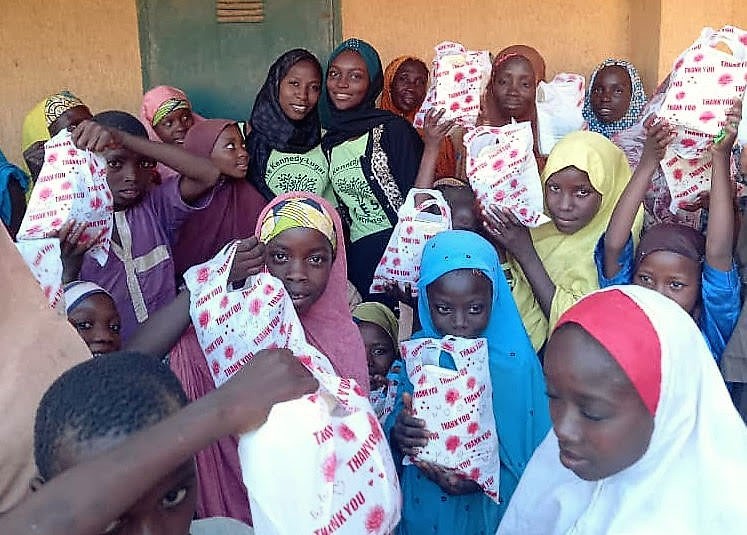 10. In Nigeria, alumni held the National Ramadan Project, through which alumni raised funds from community members and hosted iftars for more than 700 vulnerable people in the six Nigerian states of Gombe, Kaduna, Kano, Katsina, Sokoto, and Taraba. The project was successful not only because the alumni provided meals to less fortunate people, but also because they gathered people of different faiths and cultures for the meals, which is a challenge in certain regions of Nigeria where tribal and religious intolerance have created rifts in communities.