Entrepreneurship as a Reflection of Female Empowerment 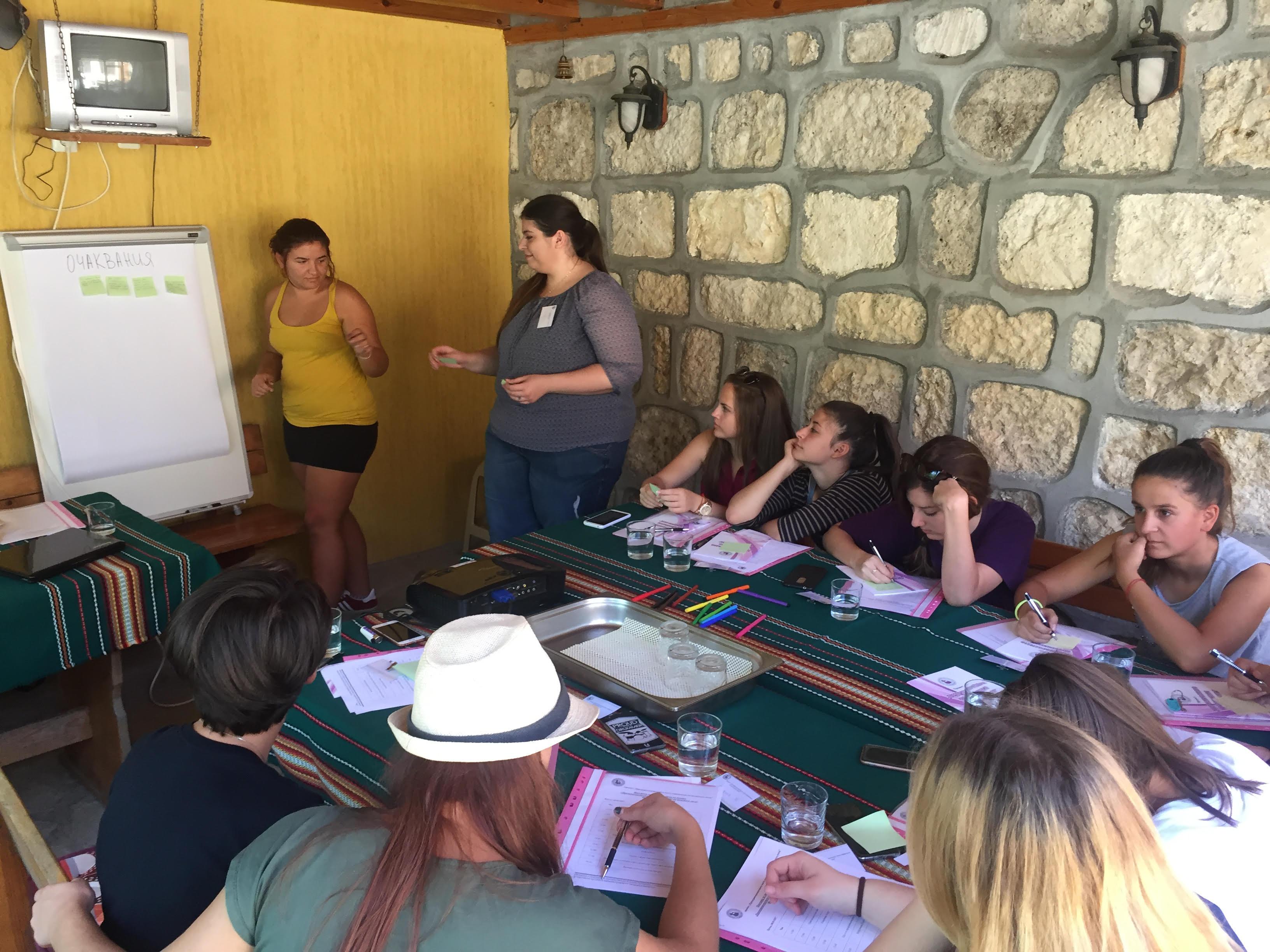 In 2017, my project “Entrepreneurship as a Reflection of Female Empowerment” received funding from the YES Alumni Grants program, which is funded by the U.S. Department of State and administered by American Councils for International Education. My project included a four-day training camp on entrepreneurship for 11 young women under 25 years of age, which took place in a village near Silistra, my home town in Bulgaria, from September 8-11, 2017. We also had a final conference day in Silistra on September 12, which brought the training participants together with more than 20 female entrepreneurs and government and NGO representatives from the region. 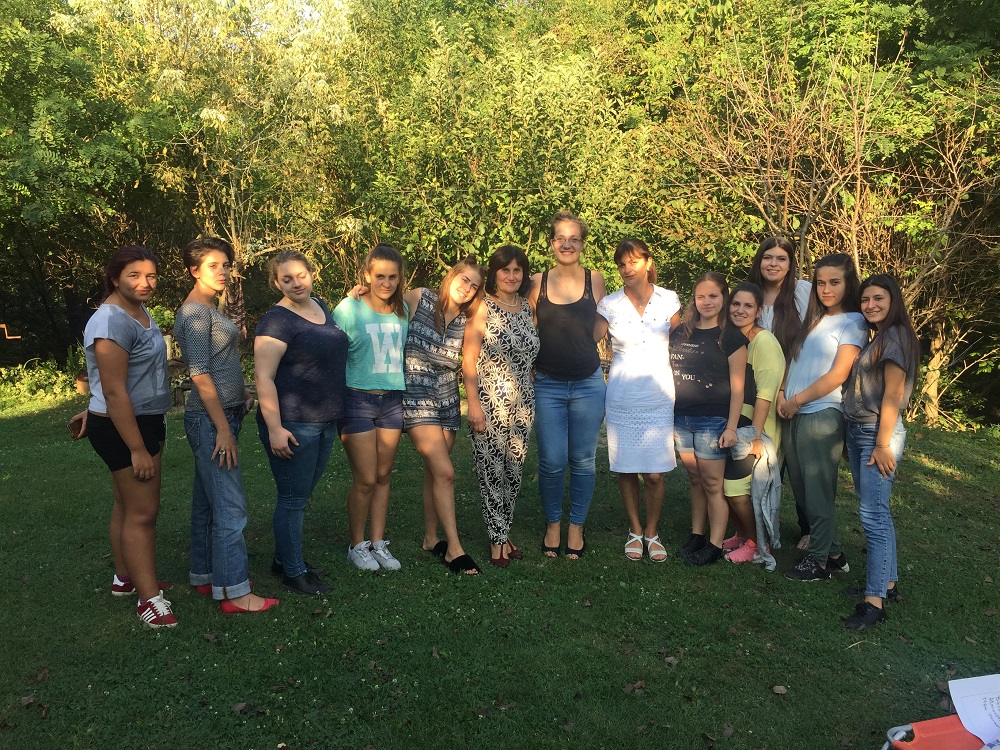 The camp participants with two of the female entrepreneurs from the city of Silistra.

The training covered the topics of business creation and development, including identifying a problem and a business idea to solve it, researching the market and potential clients, developing one’s unique selling points, advertising, and budgeting. There were also practical skills training sessions on presenting, phone calls, ethical behavior, and professional attire. SWOT (strengths, weaknesses, opportunities, and threats) analysis practice was also an active component of the training. These sessions, as well as the theoretical training and hands-on exercises, were delivered by the project team: Rositsa Ivanova, Galina Daskalova, and me. Two other members of the team, Maria Dimitrova and Reneta Krivonozova (YES 2011-2012, Bulgaria, hosted by American Councils PO in Baxter, IA), contributed remotely as they were unable to attend the training in person due to school commitments.

On the final day, we invited the Deputy Mayor of Silistra Denka Mihaylova, the Manager of the Regional Informational Centre of the EU, and two representatives from Youth Bank – an organization that does fundraising for youth projects in the city – to speak on our panel. We also had female business owners and representatives from government institutions in attendance. Some of the young women who took part in the four-day training presented the project and training content to the audience. 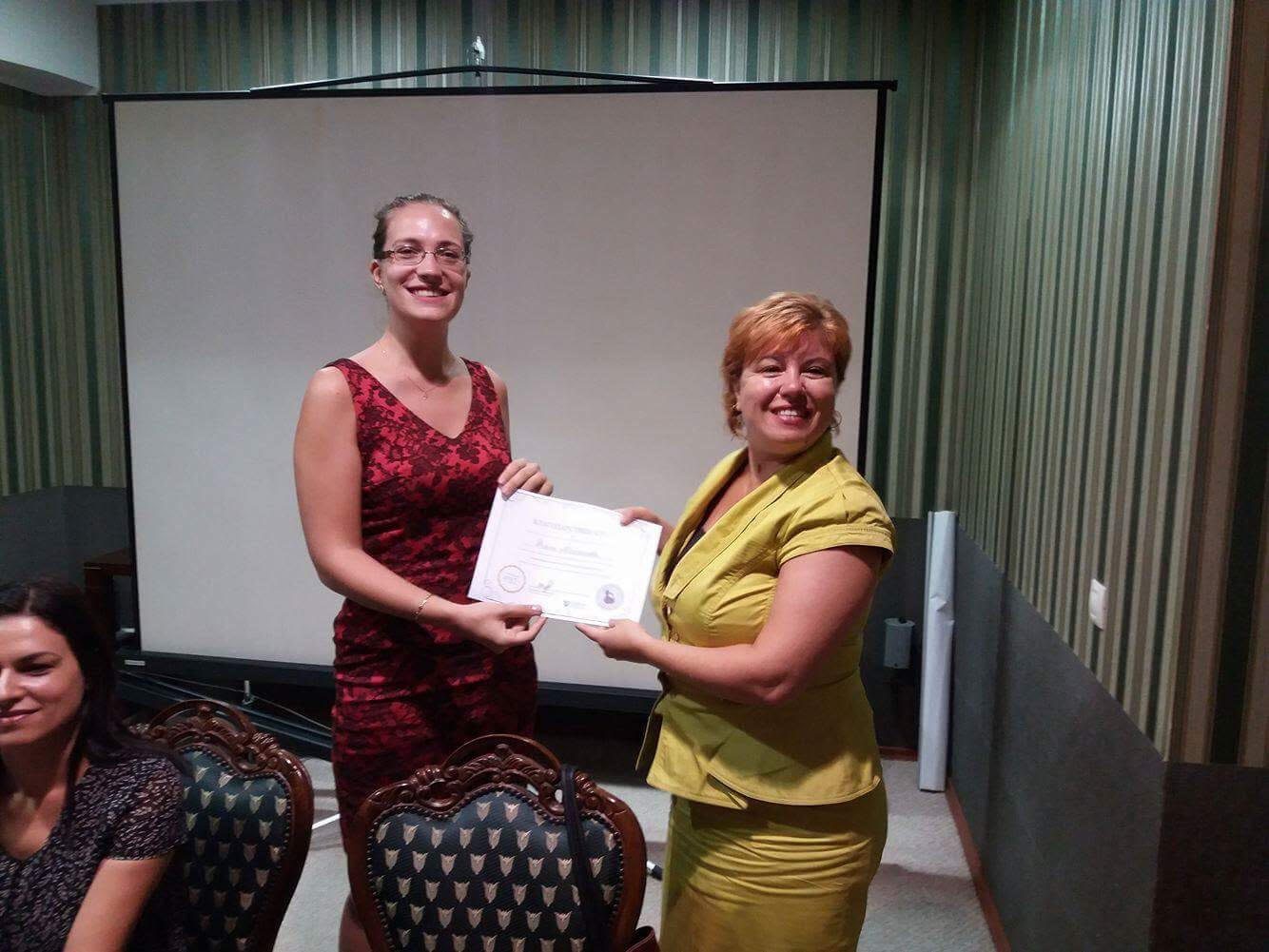 Plamena hands a thank you certificate to the Deputy Mayor of Silistra Municipality Denka Mihaylova.

Luckily, we got the opportunity to organize a follow-on activity with some remaining grant funds. On November 1, participants from the training took on older female entrepreneurs in our city in a debate between generations called “Women as Entrepreneurs or Housewives.” The event took place in the Regional Information Centre in Silistra. The young female participants from the training supported the case for more female entrepreneurs among us, while the older generation argued the benefits of being a stay-at-home wife and mother. There wasn’t a winning team at the end, but the conclusion was that women invest a lot in their families, communities, broader society, and economy, and as such they deserve to be treated with respect and admiration for all their work – whether it is paid or unpaid, in business or at home. It turned out to be a very successful event, and similar debate-type events are now being planned by the participants. 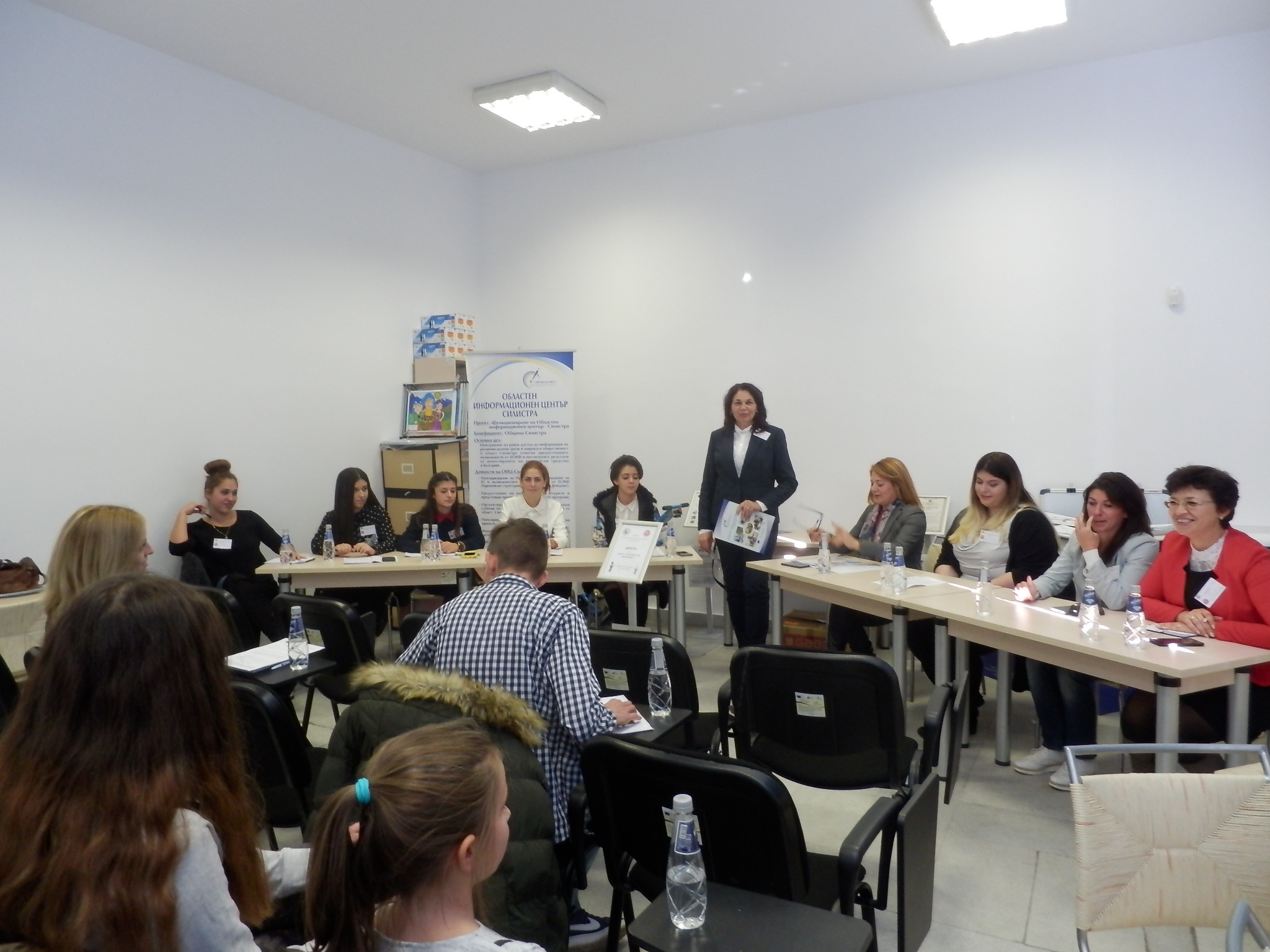 The participants of the generational debate on the role of the woman at home and in business.

I decided to focus my 2017 YES Alumni Grant project on young women and business because I personally could not think of many female entrepreneurs I knew in my town. The fact is, there are not many and there should be more! I sincerely hope the project activities have inspired these young girls to take a different path for themselves and to take their lives into their own hands. Until then – thank you YES, the U.S. Department of State, and American Councils for the opportunity to make a difference once again!