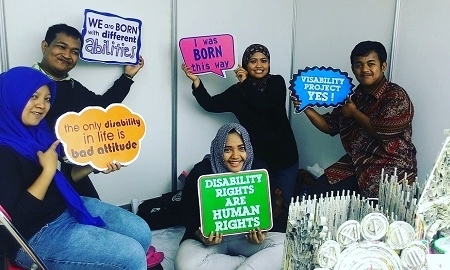 This was the culmination of a year-long initiative that consisted of four activities: public education seminars, awareness-raising campaigns in the form of a flashmob titled “Dance4Visability,” an Art4Visability workshop for students with disabilities, and the "VisabilityExhibition," which displayed and promoted the products created by students with disabilities during the Art4Visability workshop. 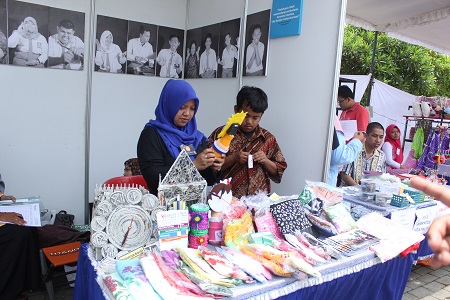 The exhibition was launched to show the general public the creative products the children with disabilities had made, and to provide a networking opportunity for the children with the entrepreneur community in Malang. A total of 13 volunteers helped implement this event, including two deaf students from SMALB YP2.  This exhibition was produced with the assistance of Mrs. Nihan, a disability rights activist and the mother of two children with autism. 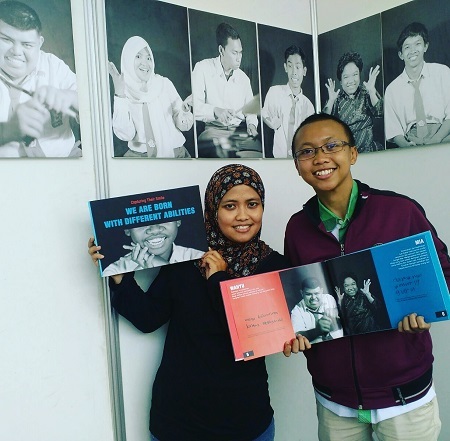 In addition to crafts, we also exhibited the photographic work of Ganendra Atmadeva (photographer of Visability Project) entitled "Capturing Their Smile,” -- photos showing happiness and future aspirations of students of the SMALB YP2 (Special High School) for students with disabilities in Kedungkandang, Malang. Most visitors to our booth were curious and interested in the products and the theme. The Visability Project was the only booth in the exhibition that raised the theme of disability rights.

Watch our video to see the project in action!