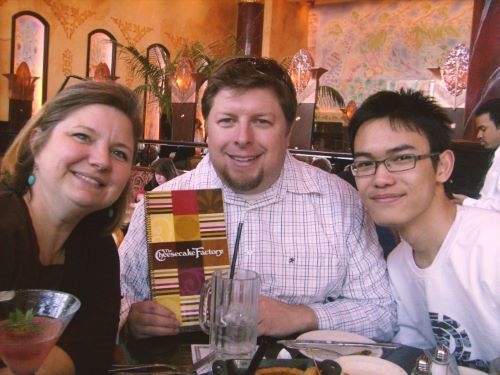 2010 Malaysian alumnus Soon King Yaw directed an animated short film, “All I Did Was Smile and Say Hello”, that addresses discrimination against Asians during COVID-19. The film was selected out of 500 films as the opening film for the KQED Homemade Film Festival. KQED is a PBS public television station based in San Francisco. He was also recently featured in The Star newspaper.

Read how his journey began with YES, and check out his short film below!

Almost exactly ten years ago, on my 18th birthday, I was on an airplane flying from Washington D.C. back to Malaysia. My YES exchange program in the U.S. had just ended. At that very moment, I felt like a bird, who had tasted the vastness of the sky, and was now going back to its little cage.  If you knew my humble beginnings, you would understand.

I was born and raised in a small town called Tawau in Sabah. It is perhaps the furthest town from Kuala Lumpur, the capital of Malaysia, and opportunities don’t come to us often. Even now, we still have electricity and water outages. I grew up in a single-parent family and I knew I had to work hard to change my family’s life. I always loved making art, but art wasn’t a career option in Tawau. I was at the place where “two roads diverged in a yellow wood” and I struggled to make sense of what I was supposed to do.

I was lucky enough to be chosen to participate in the YES exchange program. I was placed in York, South Carolina and was ready to take on the world. I quickly realized the exchange experience was not all roses, but it was the experience and the challenges I faced that made me who I am today. 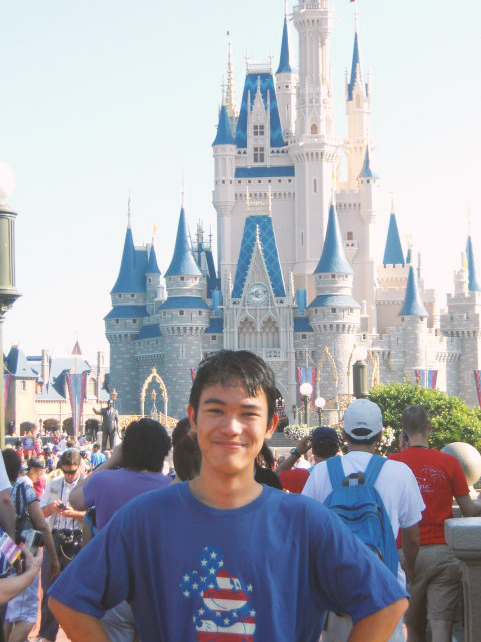 The Asian population in York is less than 0.5%. I stood out immediately with my skin color and Asian features at school. It was hard introducing myself and sometimes I felt like I wanted to crawl into the ground and hide. Many exchange students will remember getting odd questions from their classmates and mine was, “Do Chinese people eat dogs?”

I was the popular kid back home where I had no problems making friends, but at the time I felt like my life was turned upside-down. For the first time, I understood what it’s like to be discriminated against, to be on the outside, to be judged just because I looked different.

Little did I know, my art was about to change that.

I painted a watercolor painting as requested by the art teacher, and it changed his mind about admitting me into the Advanced Painting class. He proudly showed my painting to all his classes and he encouraged me to pursue an art degree. During my school’s year-end art show, I had the honor of displaying my paintings in the best spot of the exhibition — inside a glass case. The popular kid at my school who had an Adam Lambert hairdo approached me during lunch and praised me for my art. I was over the moon. 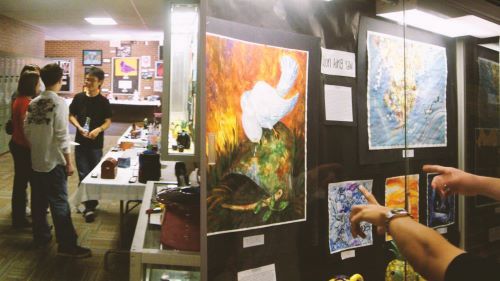 My art display at my school's annual art show.

I started to have more courage and faith in myself. I joined track and I signed up for my school’s annual talent showm where I played the Erhu, sometimes called a Chinese violin. To my surprise, I won the show. And suddenly, people started noticing me in the school hallway and said hi to me. It was a nice feeling. But that’s not what’s important.

What mattered was how I changed the way I saw myself. At first, I was extremely insecure about my appearance, my accent, and my capabilities. But I now understood the power of art in me. It helped me to connect to strangers without words. People fear what they don’t understand, but art can break that cultural barrier. Art bridges understanding when the differences pull us apart.

Throughout my challenges with school, my American host mom and dad were there for me. They created a safe space for me to find myself amidst the culture shock. My host dad is a fine artist and his love for what he does was influential in my decision to pursue an art career. My host mom loved me unconditionally from the first day I became her son. When I was at my lowest point, her words of faith and encouragement built me up. She helped me to see my worth and she taught me that the sky is the limit.

In 2017, I had a reunion with my host family, seven years since we said goodbye. They’d hosted five other exchange students since then but I was the eldest one. My host dad now owns an amazing art gallery called Day Five Art in North Carolina and my host mom runs it. Talk about a power couple. 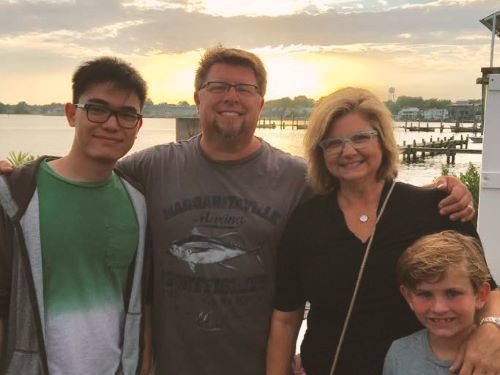 Fast forward ten years later, now in 2020, I’m a filmmaker and video editor. My latest animated documentary titled “All I Did Was Smile And Say Hello” was selected as the opening film at the KQED Film Festival. The documentary is about discrimination against Asians during COVID-19 and is based on a woman’s actual experience at the airport. The experience reminded me of where I was ten years ago. I was drawn to make a film about the experience because more than any other time in recent history, we need compassion and empathy for other fellow human beings. I want my art to be a vessel for that.

My film eventually caught the attention of Malaysian media and my achievement was published in major newspapers and media outlets. It’s surreal to see my face in the national newspapers. It was an absolute honor, and it was definitely not what the kid from ten years ago would have expected.

It was years of hard work to get to where I am now but YES is where it all started. It was definitely the turning point of my life. The experience stripped me of all the things I was comfortable with in my tiny bubble, put me in a whole new world, and taught me to look inward to grow outward as an artist, and as a human being.

If I could say something to the person I was ten years ago, I would tell him it’s okay to cry. Acknowledge your feelings and turn them into strengths. Keep striving because you are no longer just a kid from a small town. You are now a global citizen and you have experienced the world and what it offers. Don’t listen to naysayers who think your dream is too big and unrealistic. Trust yourself, keep making art from your heart, and the sky is your limit.

Read more about the film at KQED.