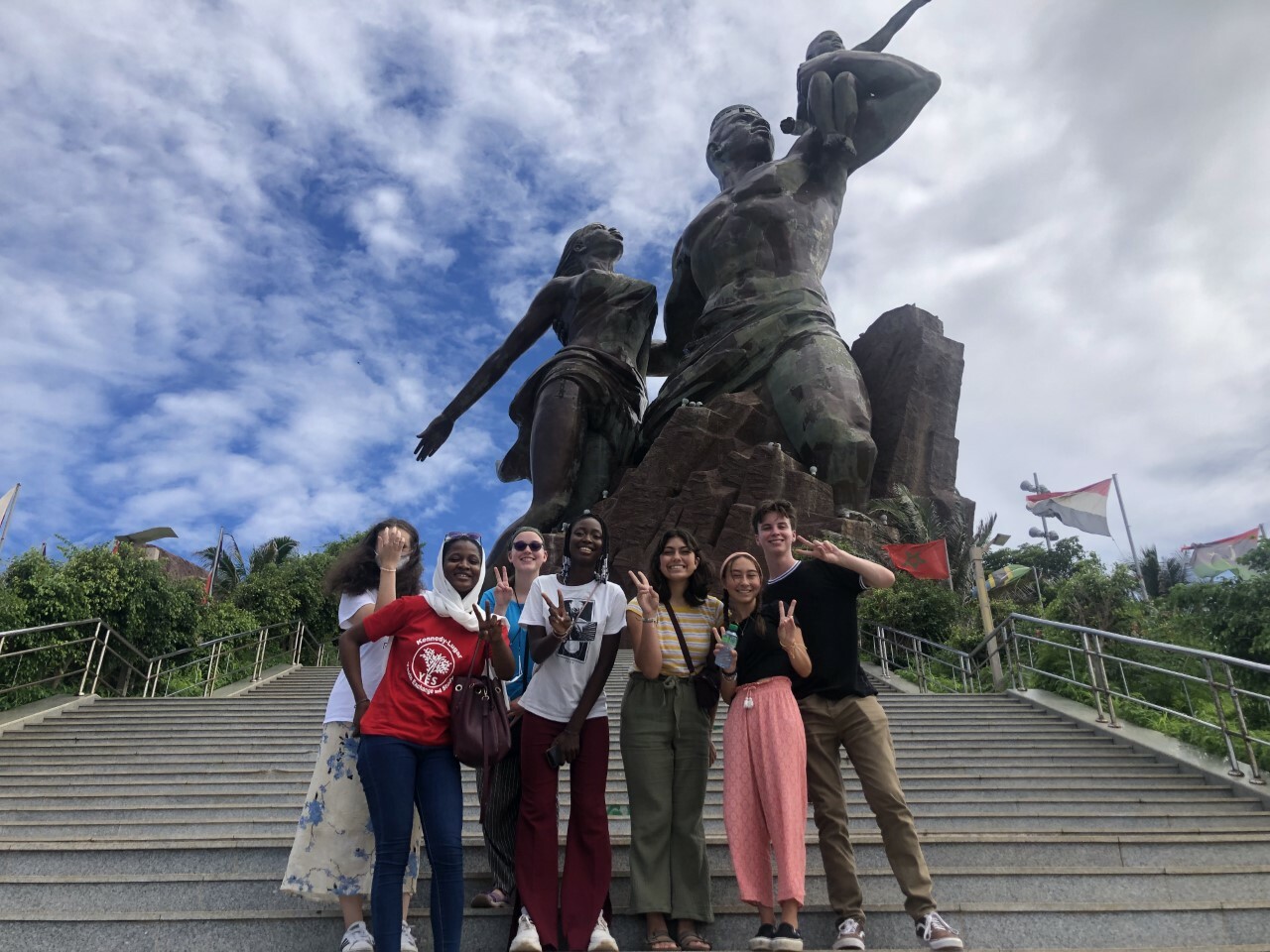 Three years ago, at the beginning of my exchange year in America, people I didn’t know welcomed me to a place I had never been. I was nervous that I wouldn’t fit in, scared of not being liked by my host family, and confused about what I was going to do in such a different place from Senegal. Three years later, on September 1, I stood inside the airport in Senegal ready to welcome five students from the United States, which is now my second home. It was so special for me to meet them, as I saw myself in them.

A YES alumna, Adja Traore, the country director of American Councils in Senegal, and I welcomed the YES Abroad students. From the moment the students landed, they were amazed by my beloved Senegal; the sky was washed by a light rain just before they arrived, and the weather became sunny and cool.

The next day, we ate lunch together, and the YES Abroad students had their first experience tasting African food. We were sitting in the Colonia Hotel’s restaurant, on the sixth floor, with a panoramic view of the Atlantic Ocean. From that moment, I knew any stereotypes about African countries started to vanish from their minds, and that the true character of Africa was being experienced by our American peers. And so far, they were loving it as much as they were enjoying their Djolof rice, the national dish of Senegal, a meal consisting of rice and fish with different spices. 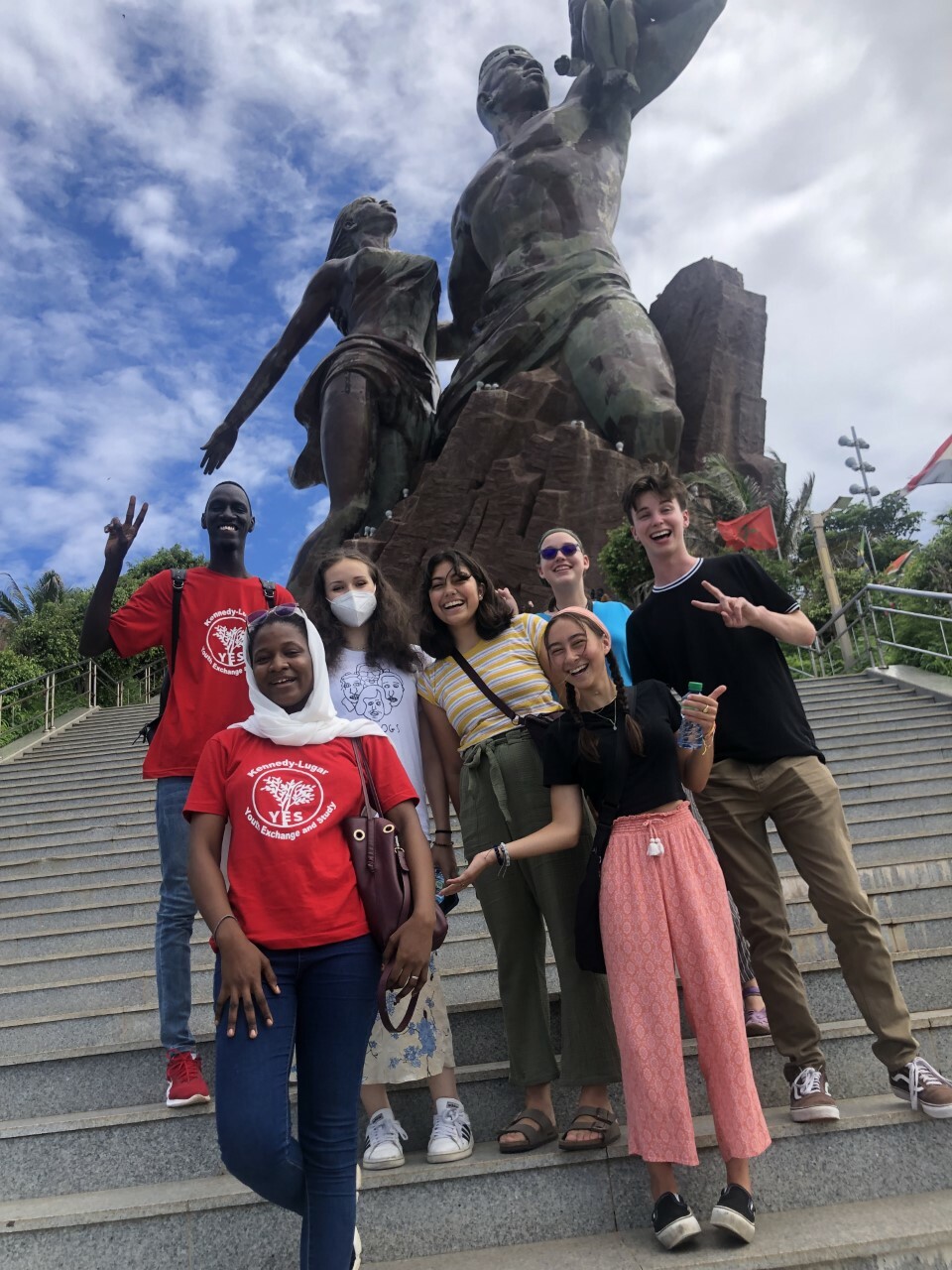 On September 2, we (the YES alumni) and our American peers also visited the historical and tourist site, the Monument de la Renaissance. This monument symbolizes the African Renaissance, youth, and hope for the future. Afterward, we took a walk around many neighborhoods to show them the key spots in Dakar, such as the malls, restaurants, and shops.

Knowing both American and Senegalese cultures, the YES alumni shared some cultural differences with the YES Abroad to help them deal with major culture shocks. For example, the YES alumni explained the importance of greeting people, how remaining silent when eating with our elders is a sign of respect, and how avoiding direct eye contact when speaking to elders are cultural differences that one should be aware of when living in Senegal. We also taught them some Wolof, the national language of Senegal.

It was such a pleasure helping our American peers adapt well to the community. We were a drop that will cause a ripple effect in building collaboration between Senegalese and American youth.