From Idea to Reality 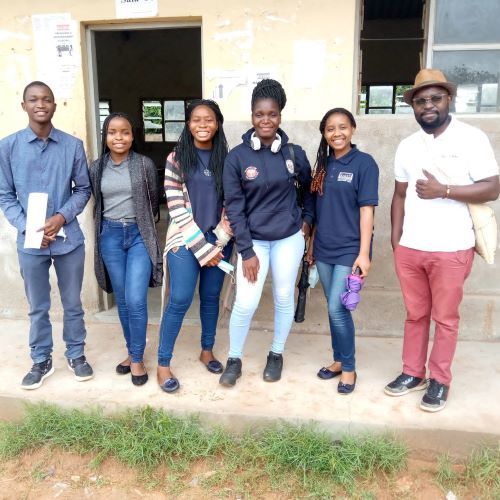 It all started with an idea I had in 2014, when I was in the U.S. as an exchange student on the Youth Exchange and Study (YES) program. I’ve loved languages all my life and I’ve had a special love for the English language. Before I became a YES student, I was lucky enough to be granted a scholarship to study the English language (our official language is Portuguese). That’s when my life took a huge turn and I’m positive that, for that reason, I’ve been exposed to so many great opportunities. I decided I wanted to try to give at least some kids the same opportunities that I had.

I wanted to create an English Spelling Bee Competition to promote the English language and create a fun learning environment. I had the idea for some time but didn’t share it with many people until 2017, when I decided to share the idea with my English teacher from college. My teacher, Castro Chilaule, asked me to join his association, Associação Académica e de Inovação Espinha Dorsal (AAIED), and at one of their events, I presented a demonstration of the contest that aroused some interest.

Unfortunately, time was not in our favor, but I am glad that my teacher did not allow me to give up on my idea. In 2020, we tried again to implement the project, which would have worked had it not been for Covid-19. In early 2021, we decided to take the project to the local school government and schools in the Marracuene district, and we got full support from everyone.

In May 2021, we launched the Moz Spelling Bee Competition and its co-project, the English Club, a place where English language enthusiasts can meet, discuss different issues, and learn from each other. We were supposed to start with 13 schools in the Marracuene district, both public and private, but we launched with nine, and we went on to the elimination phase with five schools. Even with all of the changes in COVID-19 restrictions and some schools dropping out, we managed to see the project through to the end. We had a total of 40 students during the elimination phase. 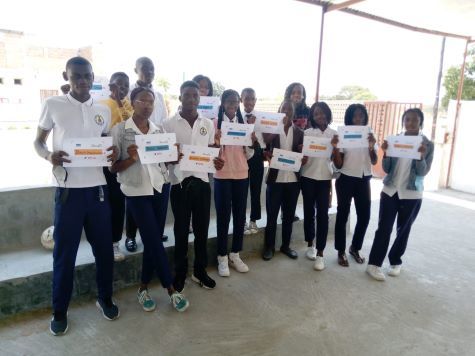 Last month, we held the final with eight students from five schools and got our winners, who received certificates, full and partial scholarships to study English, and a trophy for the first-place winner.

It was not an easy road; it had many ups and downs, but I am so happy that even without funding and with the barriers created by Covid-19, we succeeded. I owe a big thank you to my team: teacher Castro Chilaule, YES alumna Gloria Abel Quive, Laquitissa, Imelda, Jonas, Clovis, Benigna, and so many others from the association and schools for their support and for embracing the project as their own. A big thank you to our partners, VC Digital Designer and Mr. Julio Francisco Macuacua from July English School.

This was an amazing experience for all of us and I would definitely do it again. Next year, we’ll fly higher. We're WonderBees! 🐝❤