From Student to Teacher 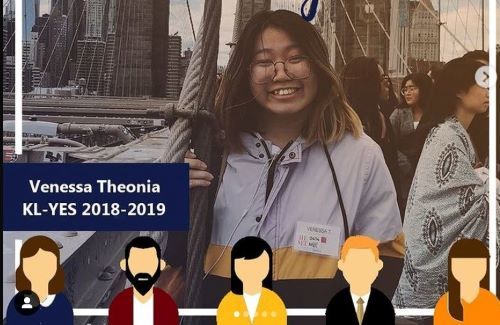 To help keep alumni engaged during the pandemic, the Indonesian YES Alumni Association (IYAA) implemented monthly alumni highlights shared on their social media channels. Venessa Theonia (YES 2018-2019, Indonesia, placed with AFS-USA in Clackamas, OR) was a recent recipient of the Alumni Pride honor.

Venessa is currently working as an EFL teacher at a private school in Pontianak, Indonesia. As a YES student, Venessa’s exposure to various teaching practices at her American high school inspired her to create notable and innovative projects with her 7th- and 11th-grade students in Indonesia. The school was so impressed that they invited her to be a speaker at their annual teacher training, where she shared how she modified teaching processes learned in the U.S. to suit the curriculum.

One of the projects Venessa implemented involved her students making videos comparing Indonesian and American culture. She introduced her students to some basic concepts of intercultural learning and enlisted her American host family and friends to join the class via video for talk shows and house tours.

Along with her educator colleagues, Venessa conducted assignments based on concepts and practices she learned in the U.S., such as task-based learning, use of primary documents, and the Socratic method. She also founded Incendio, the school’s English Club, which holds regular IGTV talk shows about culture with YES alumni and people from around the world.

During her exchange year, Venessa took a Holocaust and genocide class, where she studied the Indonesian genocide that occurred in the 1960s. She and her teacher had numerous discussions, and he invited her to share with the class her experience of racial dynamics in Indonesia. Recently, her American teacher invited her to speak to his class via Google Meet about her experience taking the class, returning to Indonesia, and how the YES program has impacted her life as an alumna. 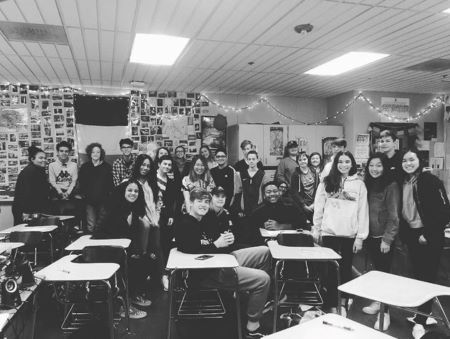 Venessa noted that although she had been drawn to ethnic diversity and culture for quite some time, the YES program enabled her to gain a better understanding of her identity as an ethnic-Chinese Indonesian and what that means in the Indonesian context. Venessa said that it’s not an exaggeration to say that the program has changed her life. The classes she took and the amazing discussions she had with her American community during the program, and with her fellow Indonesians after the program, transformed her. Because of her YES experience, she is now pursuing a degree in history and is aiming to be a historian specializing in nationalism and ethnic diversity.