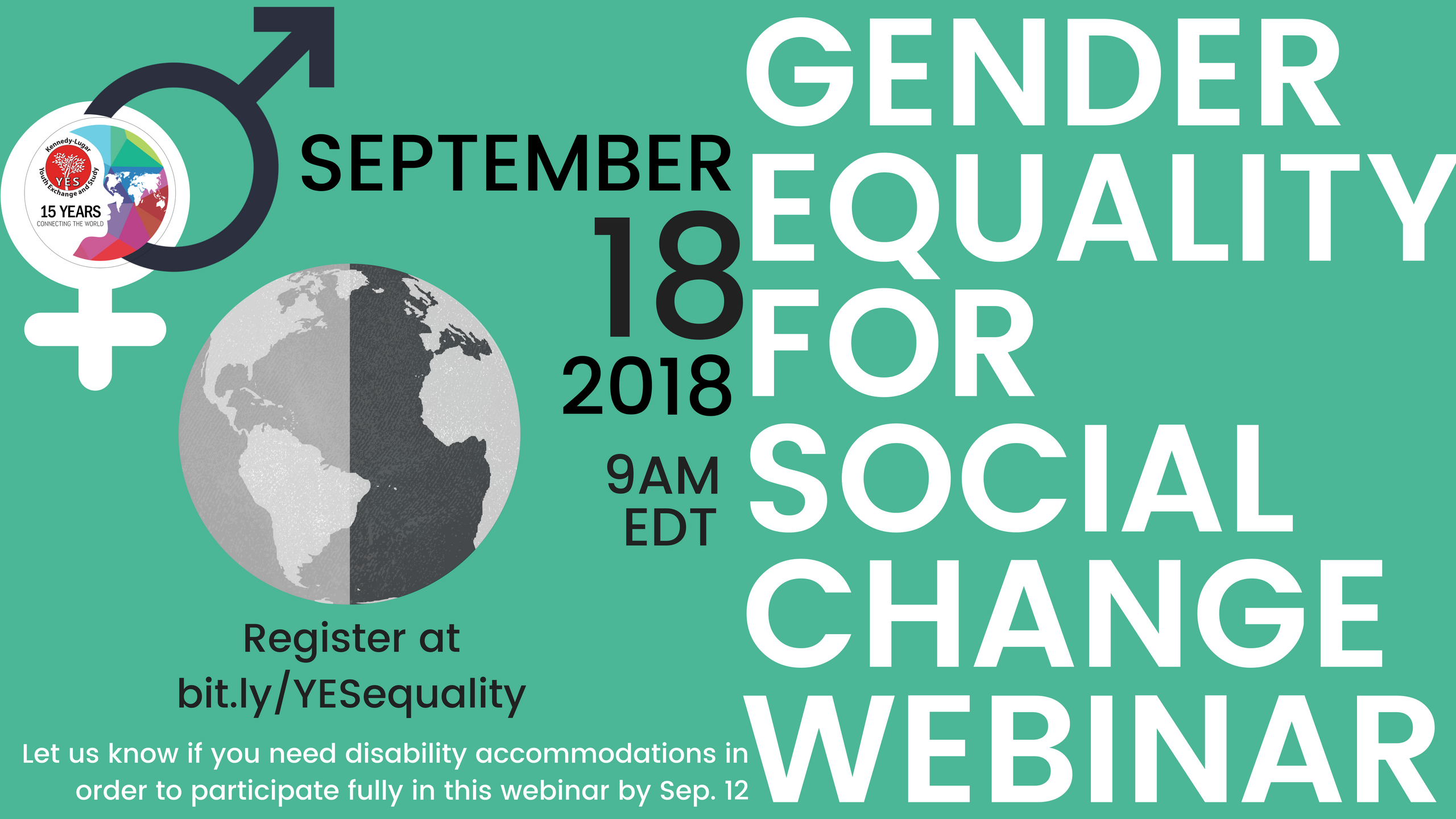 YES alumni around the world have proven time after time that they are invested in promoting a more just and equal society, especially one that is free of gender bias. On September 18, 2018 YES program hosted the “Gender Equality for Social Change” Webinar to celebrate the alumni who are advancing gender equality, gain further momentum for the cause, and build awareness and strategies for best practices in striving towards gender equality in YES alumni communities around the globe. This webinar discussed how men and women can create projects and programs that challenge gender stereotypes, and emphasize the role YES alumni can take in supporting and changing perceptions about women.

The Gender Equality for Social Change Webinar had the goal of encouraging all YES alumni to become agents of change and challenge stereotypes that exist in their community. Advancing gender equality is a team effort; it is crucial that women and men work together to cultivate an environment that accepts and promotes gender equality across all sectors, whether it be in government positions, the workforce, or as community leaders. Regardless of gender, YES alumni can play a role in making their communities more just and equitable. Gender equality is not only about females creating women-led initiatives – gender equality also means that male counterparts are supporting and changing perceptions about women. YES alumni can all make a difference in making sure that women are more accepted and respected in all aspects of our societies. The webinar discussed strategies for making both men and women’s concerns and experiences an important part in the design and implementation of projects and programs, so that all genders benefit equally. This could be through supporting women-led entrepreneur initiatives, ensuring that women’s perspectives are included when developing projects, and so much more.

On the webinar two projects were featured that challenge the way that women are perceived within their own society to ultimately advance gender equality. 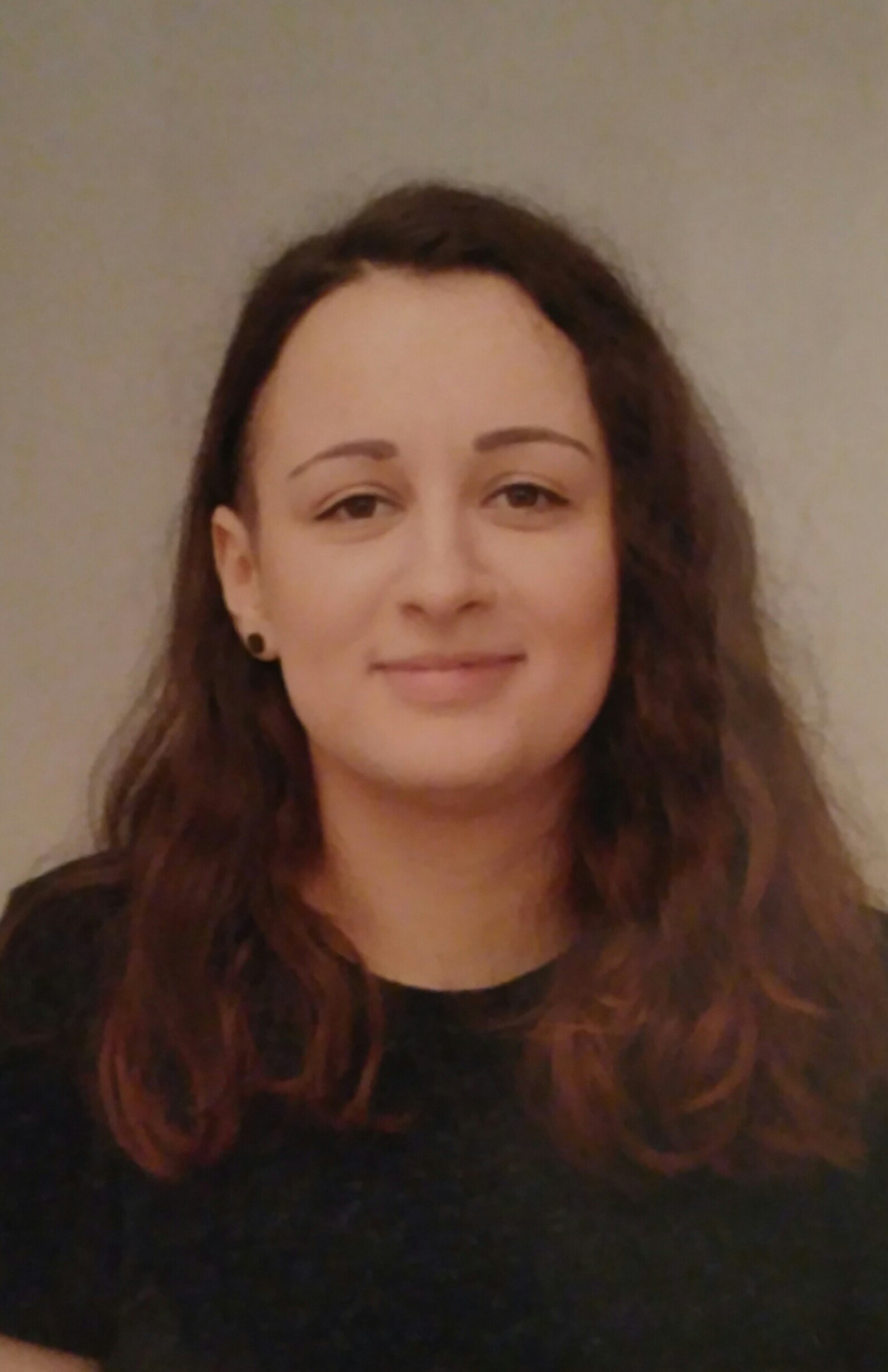 Sanda became interested in the issue of gender (in)equality while in the US, because she saw that many things were different than in her home country of Bosnia and Herzegovina. When Sanda returned home she decided to learn more and try to understand the gender discrepancies in Bosnia and Herzegovina and how she could change, or rather improve, it at least in her surroundings.

Sanda says her most successful project has been “But Why Couldn't They?” "But Why Couldn't They" is an educational film project made by the members of the YES Alumni Association, with the help of American Councils and feminist production KRIVA. The film gathers stories of women who fight against prejudice and do things which are traditionally seen as "men's" work. Sanda explains that the goal of these short films is to fight against every-day stereotypes in Bosnian and Herzegovinian society, which often stop young women from pursuing their dreams in fear of being judged or failing. The women shown in films are the living proof that despite everything, women can do what they truly want. The women in the films proudly say "Why couldn't we?" and defy gender roles. The films were shown in cities around Bosnia and Herzegovina, and in Skopje, Macedonia.

Sanda explains that as a girl growing up in Sarajevo, she was constantly discouraged to join in certain activities or play some sports because they were for boys only, which she never understood, but regardless, she wanted to fit in as a child and didn't go after her dreams. Sanda said if these films helped any other young Sanda to be braver and do what she wants, the goal is accomplished.

Check out the "But Why Couldn't They" Videos below! 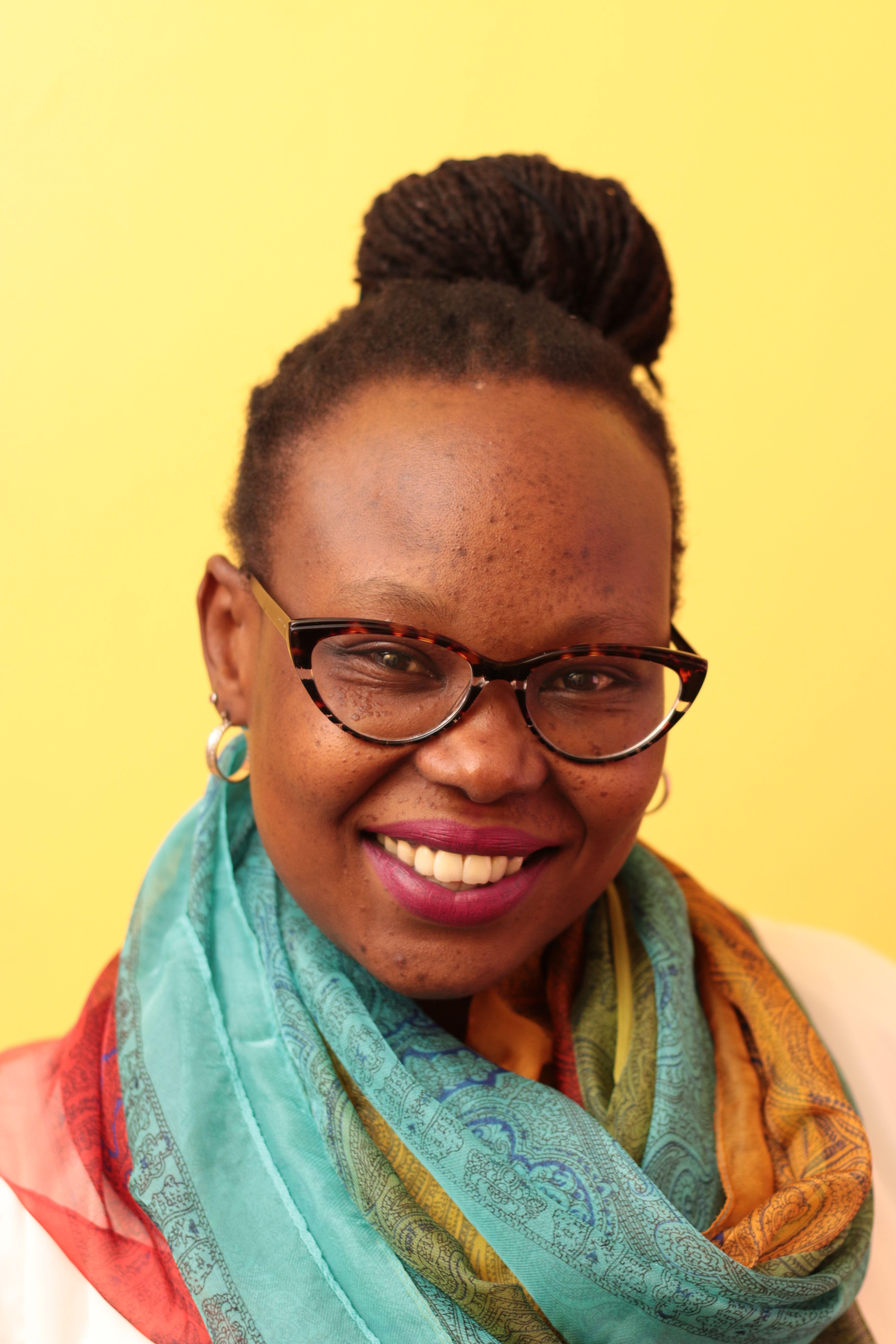 Angela Lagat is the Chief Brand and Marketing lead at ZanaAfrica with over 12 years experience in developing and managing a range of global and local brands. Her current areas of focus is developing approaches to deliver products and information for adolescent girls and women in the areas of Menstrual health and Sexual Reproductive Health Rights in Kenya and East Africa.

ZanaAfrica, in collaboration with The Population Council, is testing approaches to determine whether access to sanitary pads and reproductive health education helps keep girls in school and improves social and health outcomes through The Nia Project. Evidence from The Nia Project will lay the foundation for future action and study on menstrual health management, and school-based reproductive health education. These results will represent a major step forward in the quality of evidence on approaches to improve the health, educational and social outcomes of adolescent girls in Kenya.

Angela currently leads the Creative Brand Team at ZanaAfrica overseeing the creation and delivery of the Nia brand promise and experience through its sanitary pad and health education products co-created with adolescent girls and women in Kenya. A big believer that brands have the power to create social change, Angela advocates the use of social branded platforms to transform industries and/or markets.

Before joining ZanaAfrica in 2016, Angela worked for various companies in the corporate sector such as, Java House Group-East Africa, Creative agencies like Young & Rubicam, Saatchi & Saatchi and TwoTone South Africa. Her career in the development sector (on transitioning from the Corporate sector) started with Girl Effect Rwanda a Private Public Partnership organization developing a potent branded platform for teen girls in Rwanda, as the Associate Country Brand Manager.

In her recent brand communication management roles within the development sector, she has been responsible for identifying, developing and executing strategies aligned to realizing organizational goals and creating ecosystems to support brand growth that will have social impact for girls and their communities.