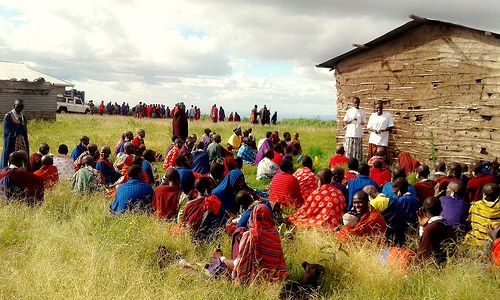 I am Ndeenga Shamata, a student at the University of Dar-Es-Salaam, Tanzania pursuing a B.A. in Geography and Environmental Studies. I am the only girl and one of 20 children in my family and I am proud to be the first person in my village to pursue higher education. I participated in the YES program in 2009-2010 as an exchange student in Fort Madison, Iowa. YES has shaped my whole life and transformed me from a passive observer to a self-accepting individual who sees opportunities in every challenge. I realize I can do more than just watch; I can serve and save my society through volunteerism.

I am a member of the Maasai society, from Iloirienito ward in Tanzania. The Maasai are a pan-African tribe that is traditionally nomadic pastoralists. However in Tanzania, due to multiple environmental changes such as drought and significant increases in population attributed to polygamous marriages, the Maasai were forced to settle and are now agriculturalists. I am proud that my society has social cohesion and a high level of communal trust. However, there are many societal issues facing the Maasai people. Since I returned home I have found the courage to address some of these issues in my community; I have spoken about the importance of education and created community dialogues with the hope to reduce the phenomena of female genital mutilation. However, this year, with the help of a YES alumni grant from American Councils for International Education, I was able to develop a large-scale community project to discuss the dangers of communicable and transmitted diseases such as HIV/AIDS, as the Maasai community is particularly at high risk due to polygamous marriages.

HIV/AIDs can be devastating in communities like ours; it brings poverty, deteriorates health, stops development, and even kills.  But with knowledge of the disease and especially information about disease prevention, I believe our community can reduce the risk and prevalence.  My YES alumni project was to develop a series of public health seminars for the two villages of Losirwa and Iloirienito that provided information on HIV/AIDS to young school children, and to women and men above the age of 15 from predominantly polygamous families which comprise the vast majority of Maasai families. The seminars, which were conducted with the assistance of healthcare professionals, focused on the meaning, causes, treatment, and prevention of HIV/AIDS. The project reached over 300 women, 290 men, and 587 primary school children, and was so positively received by my community. 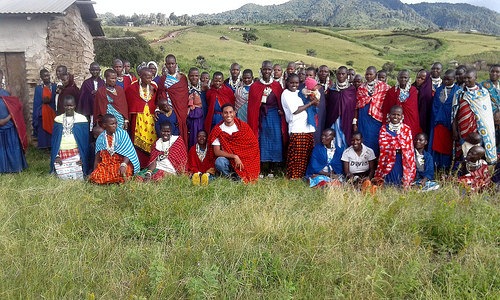 I am thankful that my society was so responsive to the project and showed interest in knowing more about the disease. Ole Loosikito, one of the elders of the community commented, “This disease sounds as dangerous as a hungry lion roaring at cows without the protection of the shepherd. Now that we know, we must fight to protect our people.” There were a very large number of participants since the village leadership emphasized the attendance at the seminars and asked people to be good listeners. They also asked that people practice what they learn for the sake of safety for the overall society, and for future generations. The doctors and other health care professionals reported that a good number of people said they are going to take steps to manage their health and get tested for the disease. As I spoke to one of the participants, Mrs. Nademwa Laandare said “I hope we are not too late to get this information on HIV/AIDS as a village, and now that we understand and know of it, we as a community must work hard to make sure our children and future generation live in a safe world.” Mr. Melubo Sikar from the village said to me, “Though I have three wives I will have to sit with them and discuss in depth all that we have learnt from this seminar. We must love and protect each other. That is the only way my family will be safe including my children.”

Since the seminars, HIV/AIDS disease prevention has been a topic of every day conversation in the community and gives the project a long lasting sense and efficiency in the society. One of the community’s primary school teachers, Mwl. Kuraru said, “I never thought this important information will be discussed so openly in our society. I hope and wish that this will not be the last seminar, but the beginning to enlighten the Maasai communities.” My hope is that this project will have long range positive effects in Losirwa and Iloirienito societies. I can also foresee it going beyond these two villages as people continue to share what they have learned as they interact with others from different Maasai communities. I have a big vision of training communities, schools, and organizations to help them address the needs of the growing population of orphaned and vulnerable children and general population within vulnerable societies.

A society free from HIV/AIDs is possible and already being formulated one step ahead. Though this is only the beginning to reach out within the Maasai community, I personally believe that we have already saved lives. We still have a long way to go in bringing awareness, but the HIV/AIDs epidemic can be stopped only if we all take action without considering race, tribe or ethnicity.

As much as I say the project was a success, it could not be done without the help from the YES program and American Councils for International Education for the funding. I want to thank the Iowa Resource for International Service (IRIS) for the chance they gave me to be a YES student and for the IRIS college scholarship. My gratitude goes to Tanzania YES country director Madam Grace Foya for being a great coach to many of us YES alumni as we engage in community activities. Tanzania YES alumni Yassir Mbourak and Ester Mduma and others worked hard to support the project. Thanks to many other committed professionals who shared their knowledge, time and resources in implementing this project including the clinical nurse officers from Losirwa and Iloirienito clinic/health-centers, Losirwa and Iloirienito community leaders and other volunteers who assisted.  Finally my love to all the community members from Losirwa and Iloirienito for their responsiveness and participation and to everyone who, in one way or another, made this project possible and successful.