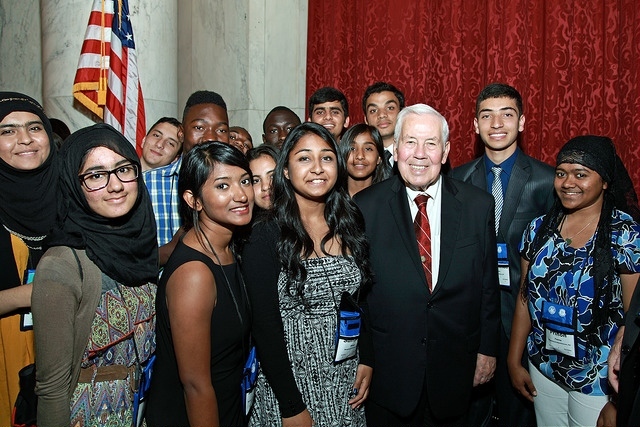 Assistant Secretary Marie Royce on the passing of Senator Lugar:

The U.S. Department of State and all those touched by the Kennedy-Lugar Youth Exchange and Study (YES) program mourn the passing of the great Senator Richard Lugar.  Thousands of young people around the world have experienced life in America thanks to the commitment and wisdom of Senator Lugar, who along with the late Senator Ted Kennedy started the program more than 16 years ago.  Created in response to the terrorist attacks of 9/11, the YES program has brought more than 12,000 foreign high school students from countries with significant Muslim populations to the United States to attend American schools and live with American families.

YES Abroad has also sponsored more than 500 American high school students to live and study abroad.  As Senator Lugar said in 2012, “Former Senator Ted Kennedy of Massachusetts and I felt it was very important, in the aftermath of the 9/11 tragedy in the United States, to get to know students in Muslim countries and for them to know us, so we worked with the State Department and others to institute this program.  High school students are quick learners, they are well able to adapt to new conditions, and they are our future leaders.  We are most hopeful that this experience will be a part of this leadership background.”  Senator Lugar was not only the co-sponsor of the legislation that created the YES program, he took an active role meeting groups of YES students every year when they visited Washington DC.

His legacy in international diplomacy will live on in the thousands of YES alumni and future YES participants who return home – equipped with new networks and a global perspective – inspired to make a positive difference in the world.

The original announcement can be seen on the Bureau of Educational and Cultural Affairs website.