Hosting a Teacher in Jordan 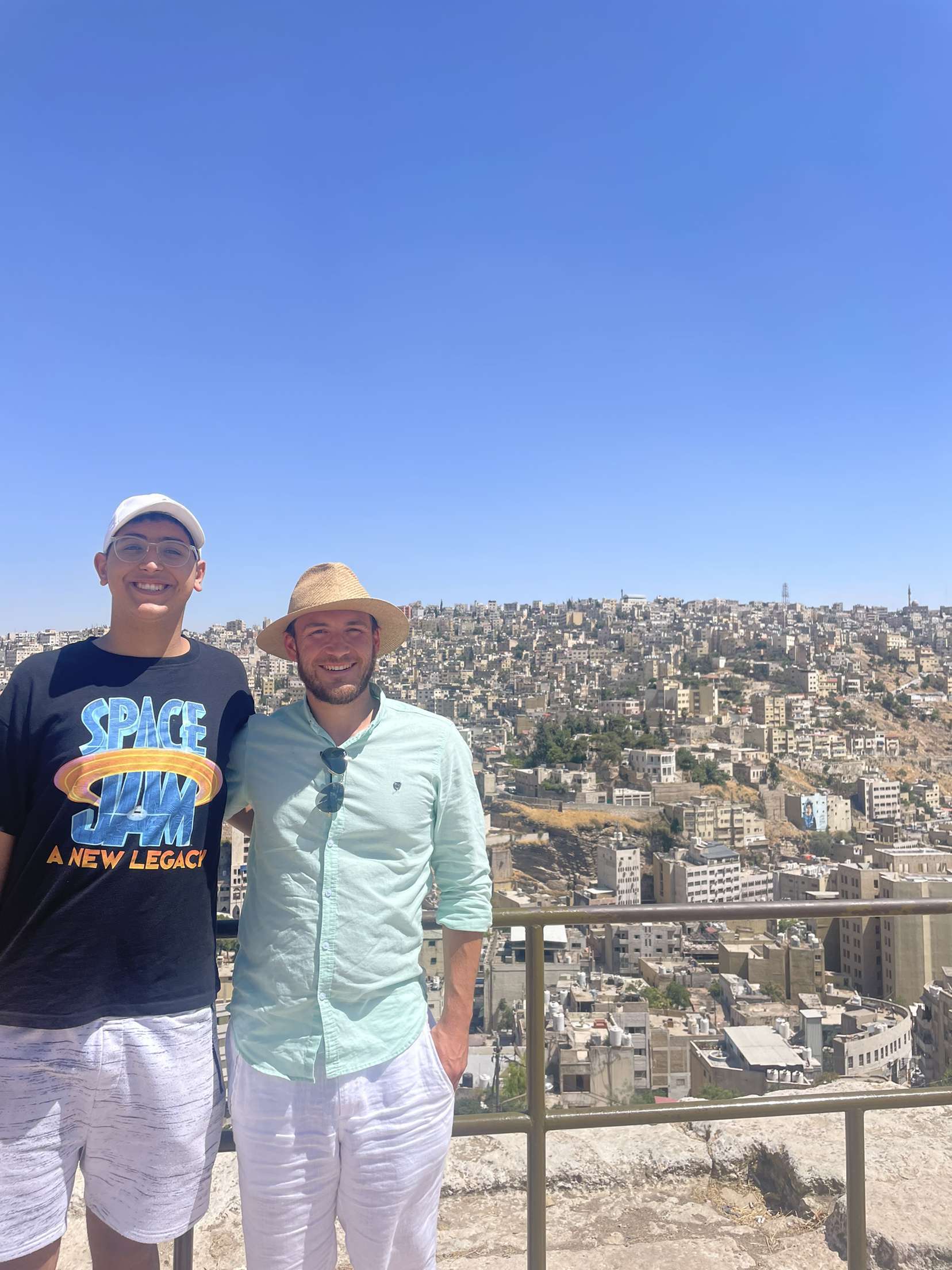 Mohanad Khader had a very rich YES exchange year, during which he befriended several teachers at his host school and taught them about Jordan. His religion teacher, James Kuniega, met Mohanad during after-school activities and started a conversation about Jordan by expressing his passion for travel and learning about different cultures. 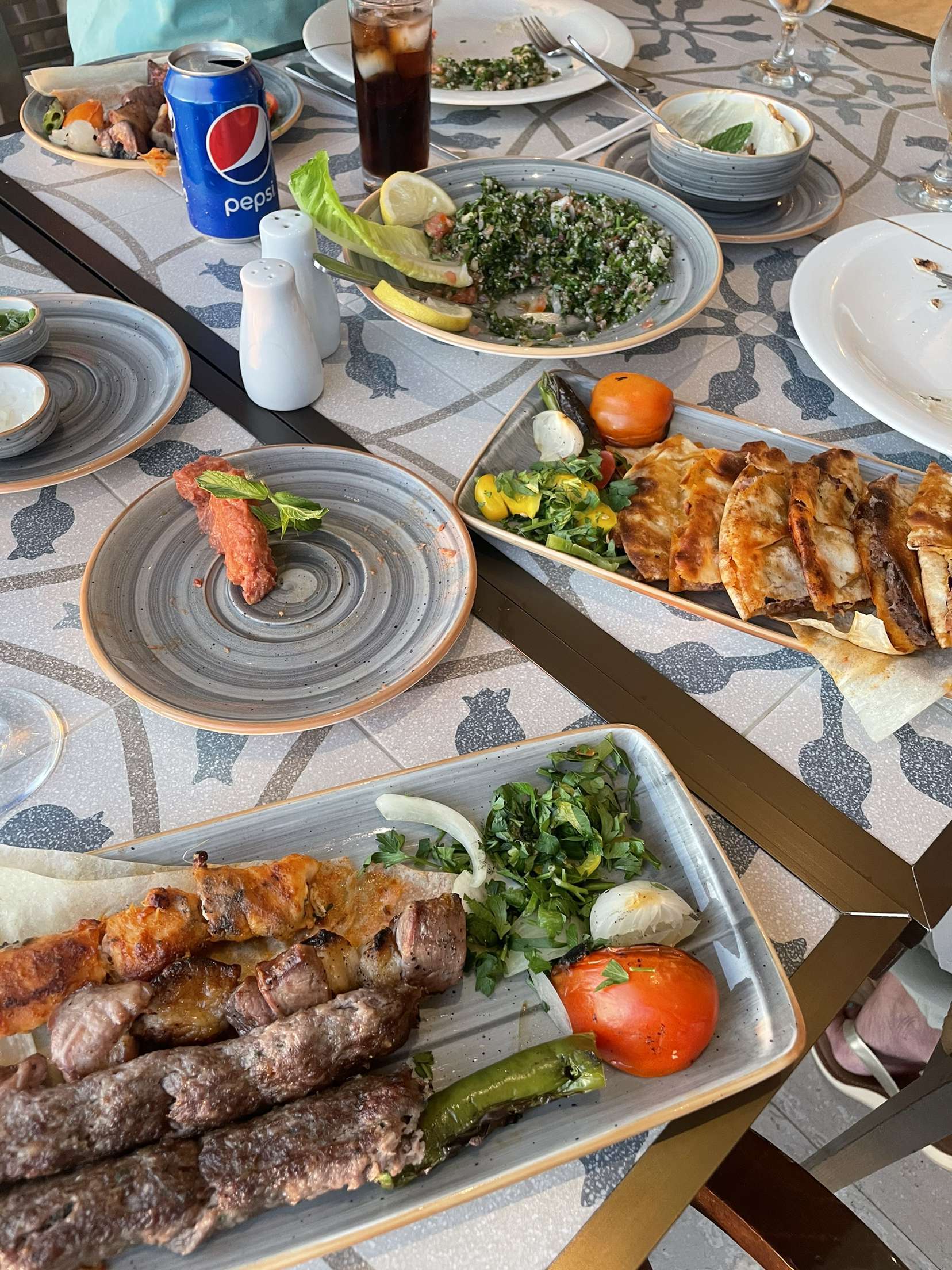 James had always wanted to visit Jordan but had only a basic knowledge of the country.  He was worried he might not like it or that it wouldn’t suit him. Mohanad told James about daily life in Jordan, interesting places to visit, delicious local foods, the level of security in the country, and the rich tourism landscape. All to encourage James to visit.

And visit he did! James arrived in Jordan in July 2022 for a five-day trip with his parents. Mohanad was their tour guide in Amman, where he started them off with a traditional Jordanian breakfast at one of the most famous falafel places downtown. After eating their fill, the group went for a walk to see the city, ending up at the Roman Theater and Citadel Hill. Mohanad also showed his guests the popular Rainbow Street, where they shopped at a summer pop-up, and the traditional markets of Souk Jara where they bought spices.

During their trip James and his parents were also able to visit The Royal Automobile Museum, which depicts the history of The Hashemite Kingdom of Jordan from the early 1920's to the present day. That visit proved to be a great addition to learning about Jordanian culture by walking around Amman. 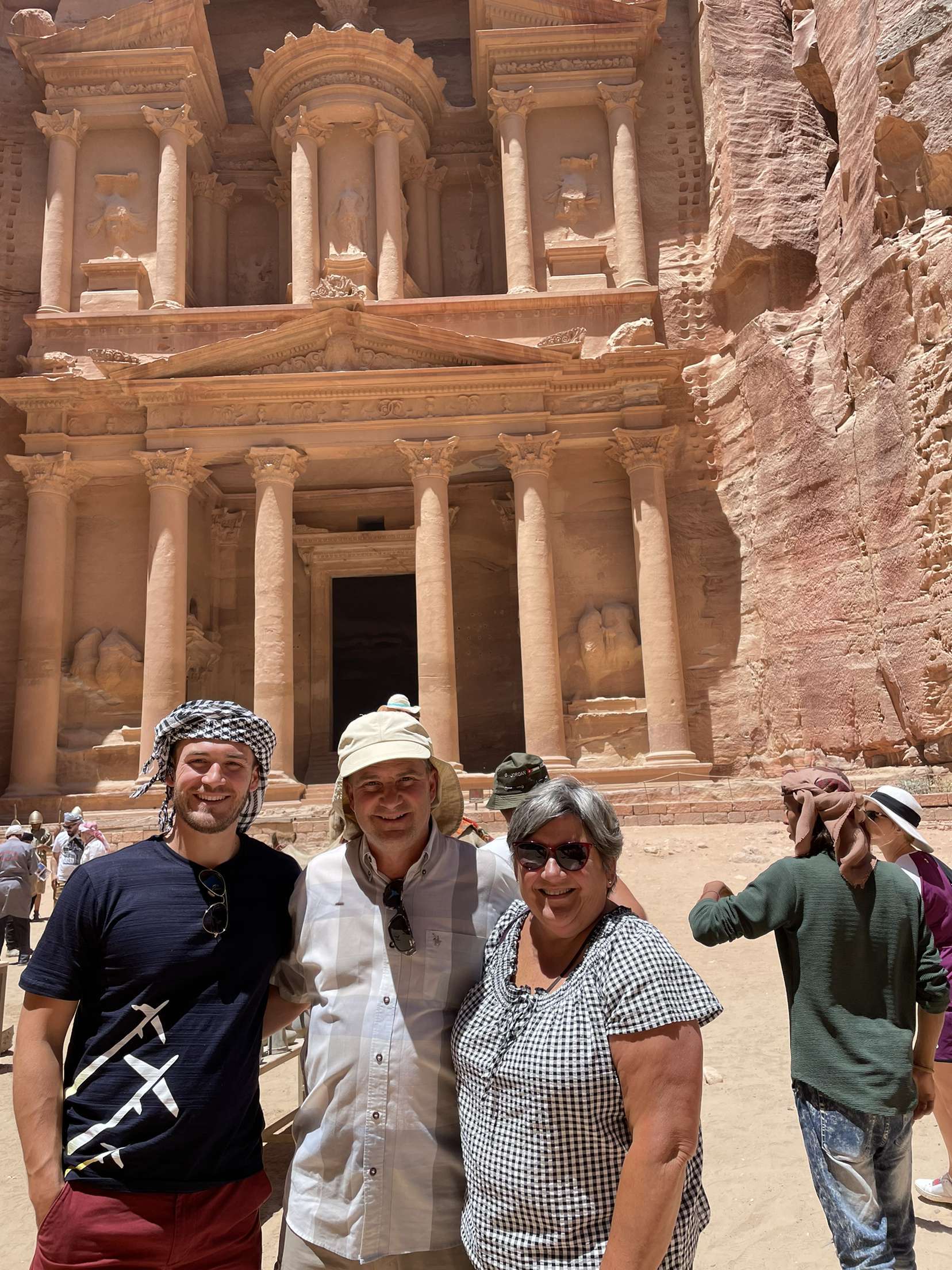 The big day touring together ended with another delicious local meal — shawarma and dessert! For the rest of their stay, James and his parents scheduled a tour to Petra, Wadi Rum, the Dead Sea, Mount Nebo, and Madaba. A huge range of Jordanian experiences! Throughout his trip to Jordan, James was most surprised by the hospitality. He found local people treated him and his family very well and were very generous. To say that he loved the experience would be an understatement. He was really impressed by what he saw and experienced and especially enjoyed learning about ancient empires and the history of the region.

Mohanad also had a rich experience showing his former teacher around his country. “I felt really proud and honored,” Mohannad says, “I felt like I represented my country in a good way while I participated in the YES program that one of my host school teachers decided to come pay it a visit.”