International Day of the Girl in Bangladesh 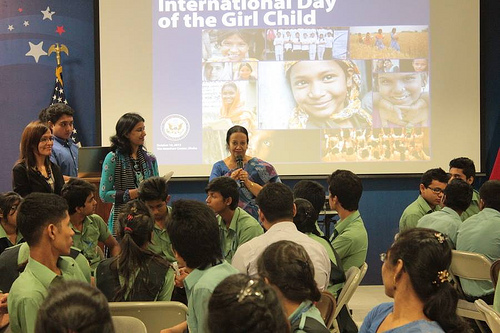 On October 11, 2013, nine YES Bangladesh alumni, in collaboration with the U.S. Embassy in Dhaka and the American Center in Dhaka, organized a joint event at the U.S. Embassy there to commemorate the International Day of the Girl 2013.

Ms. Sultana gave the opening address, after which Mustahsin Islam, the General Secretary of the YES Bangladesh Alumni Association, promoted the YES program and encouraged students to apply.

Then, a video of "Wedding Busters,"  about a group of teenagers from Bangladesh’s countryside, who attempt to stop child marriage, was shown. The video highlighted a 10 year old girl’s marriage, as well as that of Manufa, a 15 year old, which was prevented. Over 66% of girls in Bangladesh are married off before they turn 18. Manufa would have been one such girl. Many found it heartbreaking to watch.

The second video shown, called "Because I am a Girl: I'll Take it from Here," emphasized the idea that girls play a significant role in changing the way people think and that they should themselves take the initiative to change their lives for the better.

Following this, the students shared their thoughts 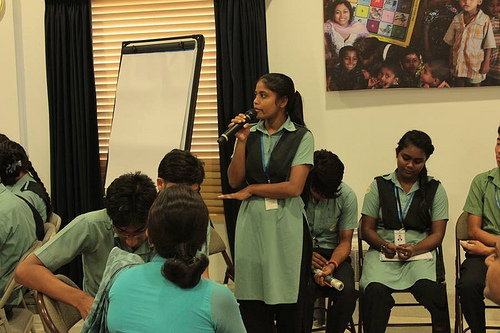 on the videos. Their eagerness to respond reflected their seriousness in acting upon what they were learning at the event. The YES alumni also shared inspirational stories about their mothers, who struggled against outdated social conventions with regard to women and succeeded.

The students then divided into five groups consisting of 15 students, one teacher from their school and one or two alumni and worked together to find solutions to problems 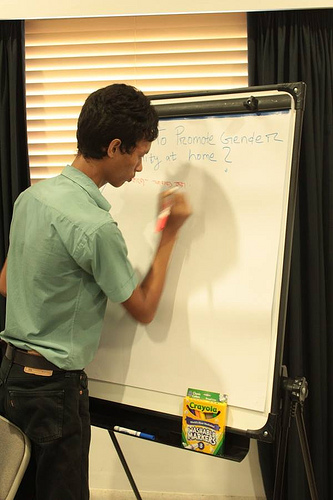 that are widely encountered by women and girls in Bangladesh. The problems included: how to prevent violence against women, how to prevent early marriage, how to keep girls in school, how to promote gender equality at work, and how to promote gender equality at home. Members from each group then shared with the audience the solutions they thought should be implemented in order to improve the lives of women and girls in Bangladesh.

The event concluded with a closing address by Rina Das, the headmistress of Martin Luther College, who shared her vision of providing quality education to the underprivileged in society.

Overall, the event was a huge success. The students who participated shared much enthusiasm with the alumni, and they all vowed to unite together to stop the problem of child marriage. It is inevitable that these students will find success in their resolution to help the girl children of Bangladesh.