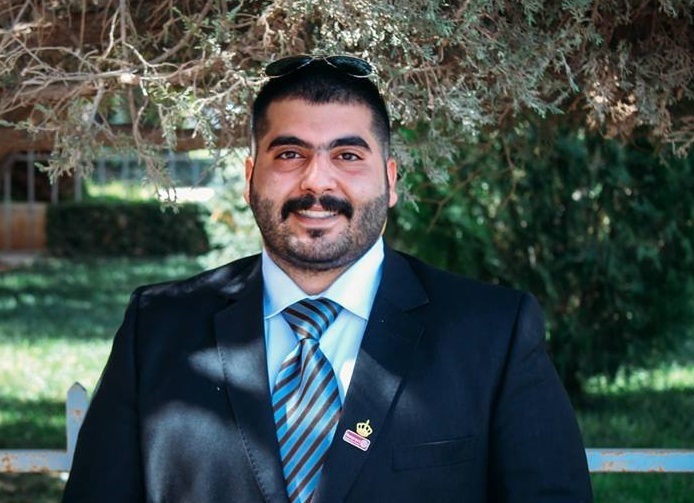 Ali Makahleh (YES 2008-2009, Jordan, hosted by Aspect in Shelton, WA) says the YES program was the “initial spark” that led to everything he has since accomplished. Ali’s time in the U.S. - getting involved in community service and working with youth - inspired him to give back to his community in Jordan.

While he was on the YES program, Ali got involved with many community service opportunities from making apple cider, to painting playgrounds and cleaning the areas around his host school. Working with youth in the U.S. and the chance to give kids opportunities he was not afforded as a child, is one of the reasons why Ali has such a passion to work in his current field of education.

Back in Jordan, Ali became an active member of his YES alumni association and became passionate about finding ways to sustainably give back and improve his community. Ali continued getting involved with a variety of community service projects and volunteering opportunities. In 2017, Ali founded 3Du, a Jordan-based, youth-led startup working in the field of the development and implementation of customized educational services and programs, with a focus on building 21st century skills and preparing students to take an effective role in the Fourth Industrial Revolution. 3Du utilizes 3D technology to implement hands-on educational services and programs. “We are working on tackling the lack of hands-on educational applications within the learning process, and the rarity of illustrative, and real life related means of delivering the content of educational textbooks.” Through this education initiative, Ali's goal is to create more impactful, engaging and dynamic educational programs for teachers and students in Jordan.

Since YES, Ali has also participated in other programs including the Preparing Global Leaders Academy and the Harvard Project for Asian and International Relations. Ali also received the BADIR Fellowship for social entrepreneurship and was one of youth representatives in Jordan during the preparations of the Post-2015 Agenda report by the UNDP.

Ali returned to the U.S. as a Civic Education Alumni Ambassador in 2019. During CEW, Ali was able to share his experience as an exchange student and alumnus and how he had benefited from participating in the YES program. “[CEW] gave me more than just the chance to have meaningful conversations with YES students. I also had the opportunity to extend my thanks directly to the Senators and Congressmen on Capitol Hill, who made it possible for me and other exchange students to have the experience of a lifetime, bridge gaps between our cultures and host communities, and learn how to give back in an effective and systematic way through volunteerism.”

Ali was interviewed by the U.S. Department of State Bureau of Educational and Cultural Affairs’ podcast, 22.33 during which Ali spoke about the challenges he faced on the YES program and the skills that he gained from his exchange experience - listen to Ali’s 22.33 episode here!