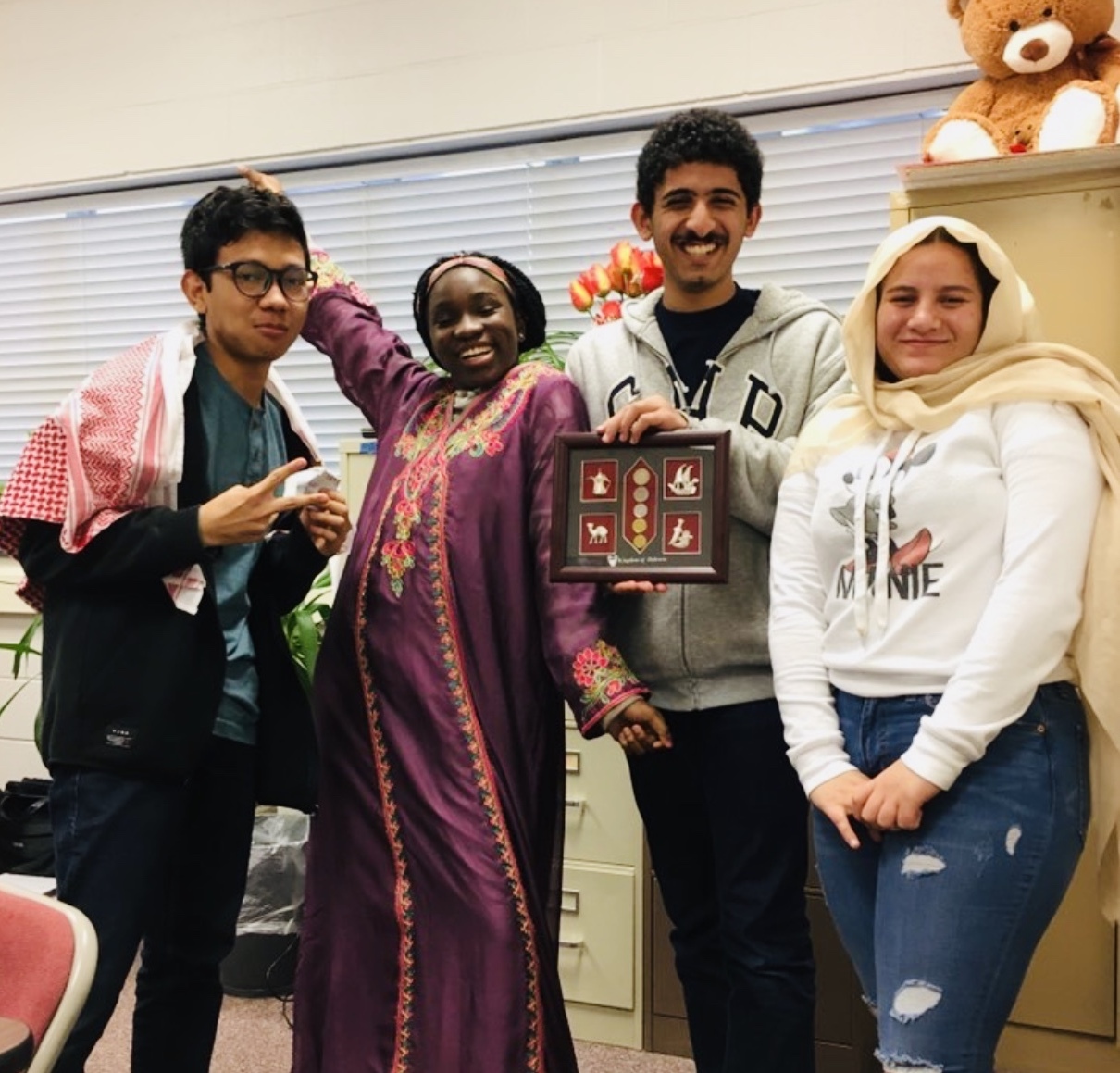 I am Jasim Aldoseri from Bahrain, and I was hosted in the rural side of Washington D.C., in Jefferson County, West Virginia. One of my favorite memories in America was being the president of the Multicultural Leadership Club at my American high school. It was an honor to have my fellow club members and Ms. Griffin, the club’s sponsoring teacher, nominate me because I got to share my new ideas for the club and represent Bahrain and the YES program.

The club was launched again in 2019 after a long break that began in 2002. Over the last couple of years, Jefferson High School’s population increased, and so has the diversity amongst the student body. Ms. Griffin teaches English as a Second Language (ESL), and organized the club with five club officers, and I got to plan activities for every week meetings. New cultures were introduced each week by giving a presentation, bringing cultural food, and learning traditional dances. We tried to stay connected to the school community by inviting them to the club to participate in school activities and volunteer. Presenting the country flags and having a rotating display in the school lobby was one of the highlights of the club. There were around 20 students in the club, and five of us were exchange students, so we used this opportunity to represent our programs and countries.

We all worked very hard to make sure that the club was recognized by the school, local university, and even the Cultural Diversity Coordinator of Jefferson County Schools, who came to one of our meetings to talk about promoting cultural understanding. In March, the club partnered with the Renaissance Club in the "Dude Be Nice Week" to lead activities on how to promote a positive environment at school. We organized a weekend to decorate the school with quotes to promote acts of kindness. 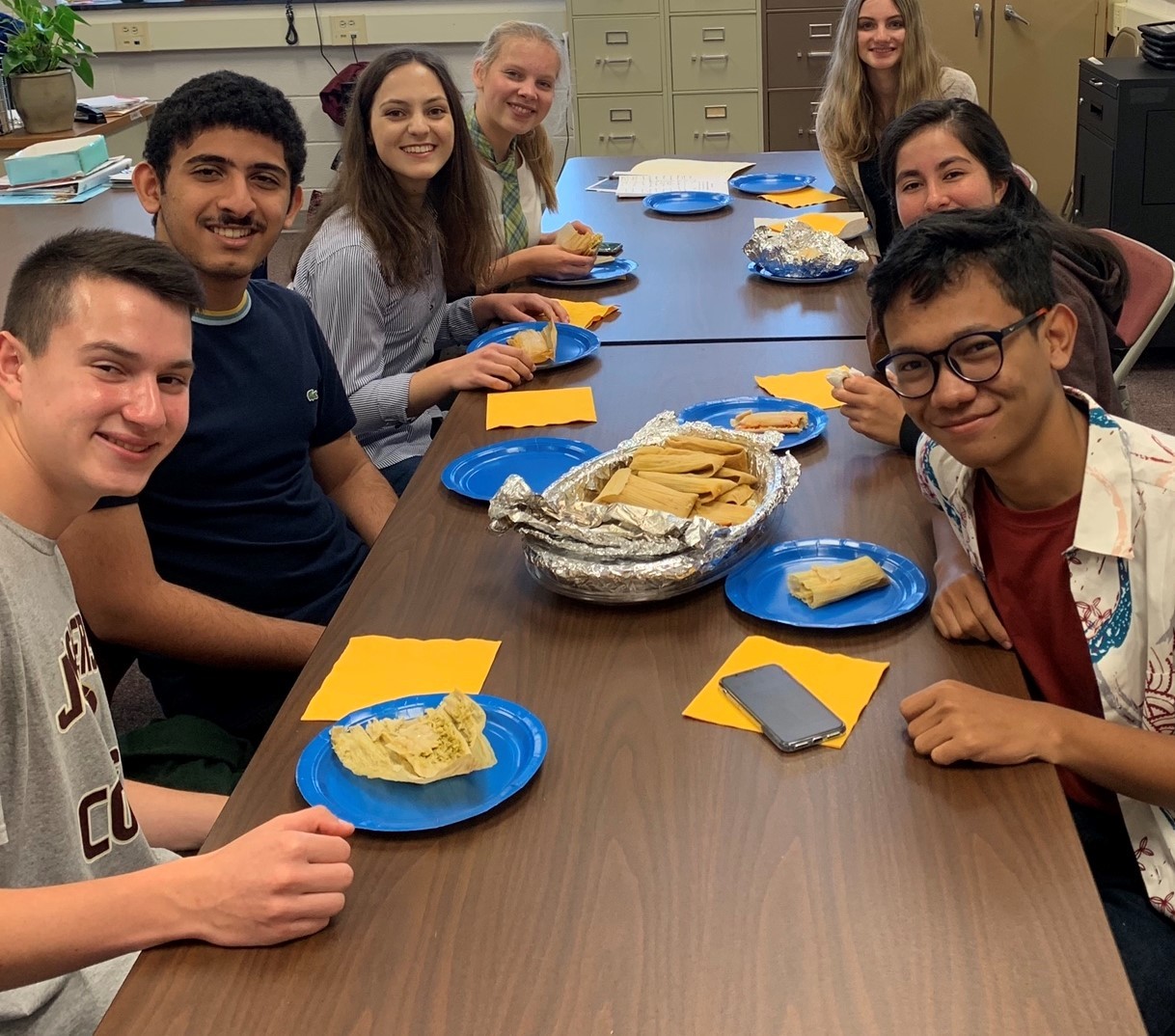 One of the memorable activities was learning to say ''Thank You'' in several languages like Chinese, Arabic, Hebrew, German, Polish, Spanish, French, Farsi, Japanese, Korean, Burmese, Bahasa, and Swahili. This activity brought smiles to everyone’s faces as we learned new languages. Eating cultural food was something to look forward to as well. Every week, someone volunteered to bring food. We have eaten fish and rice, apple cobbler, Arabian dates, and Mexican food. Tasting food from different parts of the world was very interesting as we tasted something new every week. Some students couldn't handle the spiciness in some dishes, and others thought that some dishes were very sweet. By displaying the country flags, we got the chance to learn more about the flags and their respective countries. Now everyone can differentiate similar flags like Poland and Indonesia!

Unfortunately, after planning several events and workshops with school clubs, the local university, and the Jefferson County Cultural Diversity Coordinator, the school was closed due to the COVID-19 pandemic. It was very devastating when we received the news because the club’s peak was supposed to be in March and April. After months of planning, it was all gone in a day. Returning to Bahrain knowing that I couldn't accomplish the things I planned with my friends was very disappointing, but it also gave me the motivation to move on and try to promote a cultural understanding in my home community by planning workshops in my school and town to talk about diversity and how we are all connected.

It was really an honor to be the president of the Multicultural Club, and it will be always my favorite cultural experience in America, as I gained new leadership skills. The club gave me a positive memory in my life as a leader and a student. I got the chance to meet students from different parts of the world and learn about their wonderful cultures. I consider the Multicultural Club my biggest achievement in America as Ms. Griffin, the club officers and I created a place for the students with different backgrounds to unite to promote cultural understanding in our school community. I want to thank Ms. Griffin, the club officers, club members, the school principal, my host family, and everyone who helped and supported the club during my year abroad. Without the YES Program, I wouldn’t have been able to experience such precious moments in my life.