Letters of Hope to Refugees 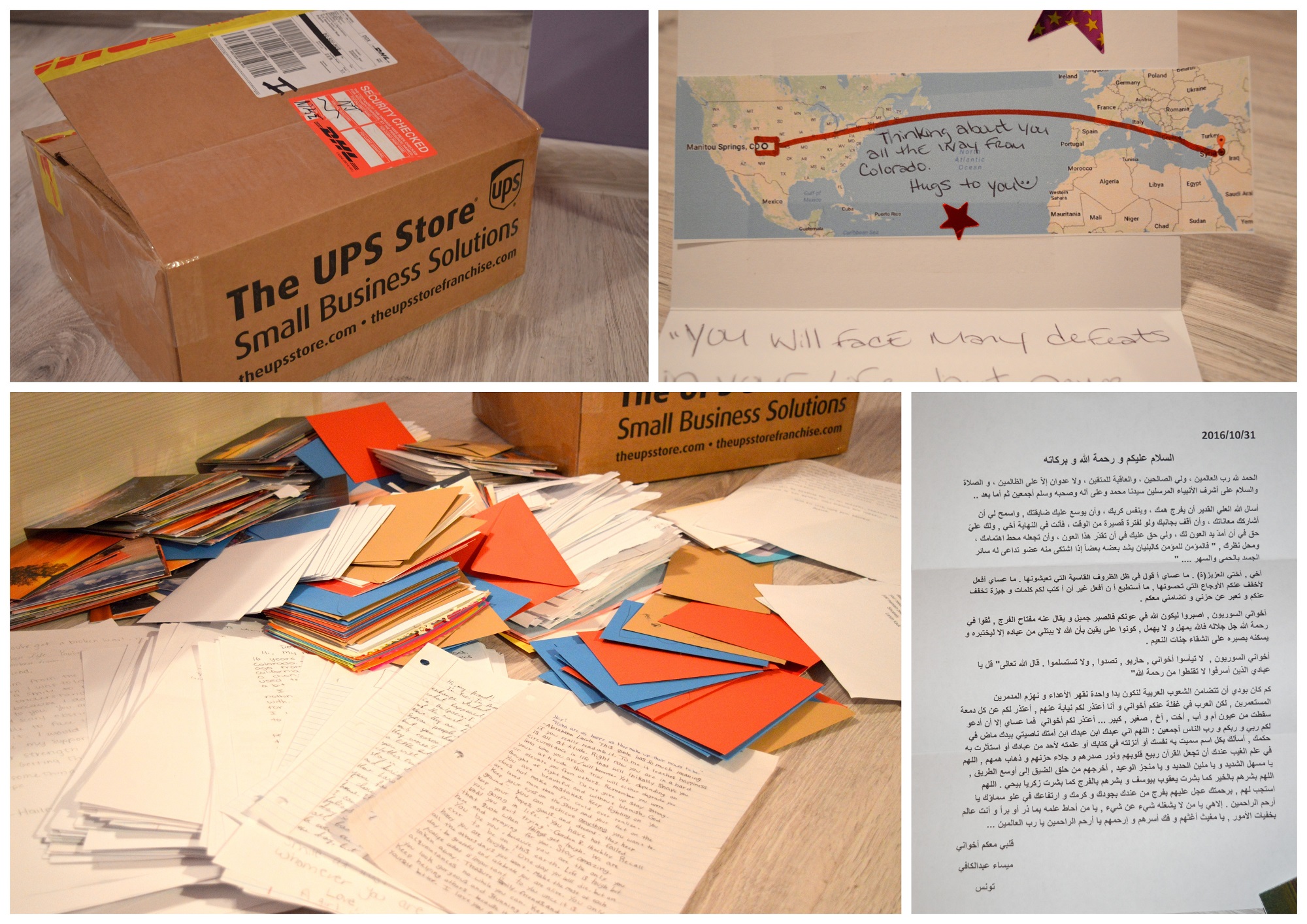 Almost a year ago, I arrived in Morocco’s charming capital, Rabat, to attend the YES Alumni Interfaith Harmony Workshop (IHW). I was excited; all kinds of thoughts were spinning around in my head and my mind was full of so many questions. I was curious to learn more about other religions, but at the same time, I was afraid to proclaim out loud that I am an atheist.

I am an atheist and I have always been one by choice. I was born into a Muslim family and raised among Christians. From a very early age in my life I was constantly in between worlds- language, culture, traditions, faith. From early childhood, I watched my grandma make baklava for family Eid celebrations and hot cross buns for Christmas. I led a 'double' life, and it enriched me beyond measure. It taught me tolerance without prejudice, because while I was growing up, I perceived myself as the different one. I was a misfit – a European Bulgarian and an oriental Turkish identity were dwelling in me, and I belonged nowhere and everywhere at once. I grew up kind, compassionate, and led an ethical life of personal fulfillment. Instead of finding solace in prefabricated answers to the great questions of life, I enjoyed the open-endedness of a quest and the freedom of discovery that it entailed. I viewed religion as an obstacle to the world’s peace.

During IHW we built strong interfaith dialogue skills by listening to a panel of local religious and interfaith leaders, exploring religious and historical sites in Morocco firsthand, attending a lecture on Sufism, and last but not least, by working in small groups and leading meaningful debates and discussions. It was during the intensive small group work that I had the chance to ask the one question that I have always been deeply curious to answer: “Why do people need religion?"

Some of the answers I received were very profound and well formulated. At the end of our stay in the Kingdom, I remained an atheist, but I no longer viewed religion as an obstacle to world peace, but rather as the key to achieving it. The only remaining question was how we can develop concrete plans for interfaith events to hold in our respective home communities. We brainstormed ideas, and concluded the workshop by presenting our potential project ideas, including creating social media platforms to educate communities about other faiths, creating interfaith youth groups, holding trivia events in high schools, and conducting workshops at predetermined events like film festivals.

Once I arrived back to Bulgaria, I had several project ideas, but I did not want to focus entirely on religion. I wanted to implement a meaningful project with an interfaith element. 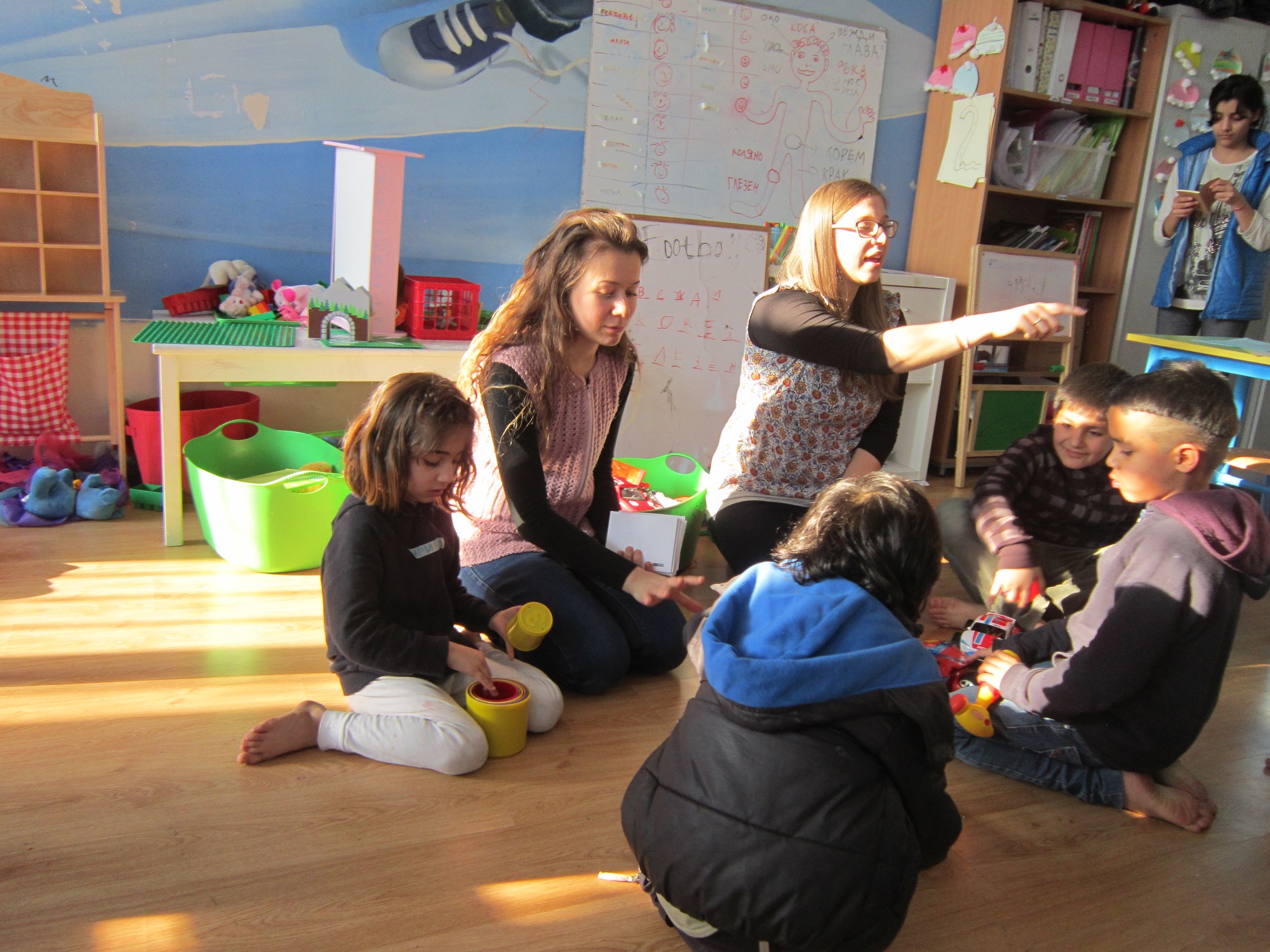 The idea came naturally in late September, when dozens of citizens gathered in front of the Municipality in Ruse and took the streets in protest against the settlement of refugees in local military barracks. Unconfirmed information that a refugee center would be built in Ruse ignited the protest. Some people were wearing clothes with the symbols of Blood and Honour, banned in Russia, Germany and Spain, who shouted slogans such as “Death to the migrants” and “Bulgaria belongs to Bulgarians.” The protesters were claiming that the refugees could be potential terrorists and radical Islamists. A few other absurd statements were made by the leaders of this march. I was ashamed. I was disgusted. I was furious. I could not believe what was happening. How could those individuals not realize that every day, around the world, people flee their homes in fear of persecution or times of war, leaving behind friends and loved ones, jobs, homes and all that is familiar to them? Those people never take such decisions lightly – but they do it to ensure life and security for themselves and their families. They flee their own countries in hope of finding safety somewhere else. Instead of receiving a warm welcome, they are faced with such violence.

I knew that there are also many people who are ready and willing to welcome refugees, people who are always there with a message of encouragement and support. I decided to find them. I kindly invited people from all over the world to write a heartfelt message of hope and solidarity to express compassion toward refugees. I called the initiative “Letters of Hope.”

Within a few months, I received letters from every corner of the globe from people of all religions and all walks of life. Most of the messages were simply words of encouragement; however, some of them were touching personal stories of people who have undergone various tragedies and crisis situations – a mother of two children who had an abusive marriage, a girl who had lost her ability to walk after a car incident, a boy that found peace during difficult times by being around horses. All kinds of stories were shared. So many words of encouragement and hope were written down. Some people poured their souls into these letters. My placement organization, World Link, heard about the campaign and asked current exchange students in the United States to participate and contribute to the initiative. The exchange students reached out to their families, peers, and social networks and got them involved in the project as well.

In such extreme situations, informing others about different religions does not solve any problems and it does not contribute to a lasting interfaith harmony. Having a dialogue with narrow minded nationalists is nearly impossible. Instead, we should focus on those people who are already working towards a better tomorrow, those people who do not discriminate and hate but spread contagious rays of sunshine. 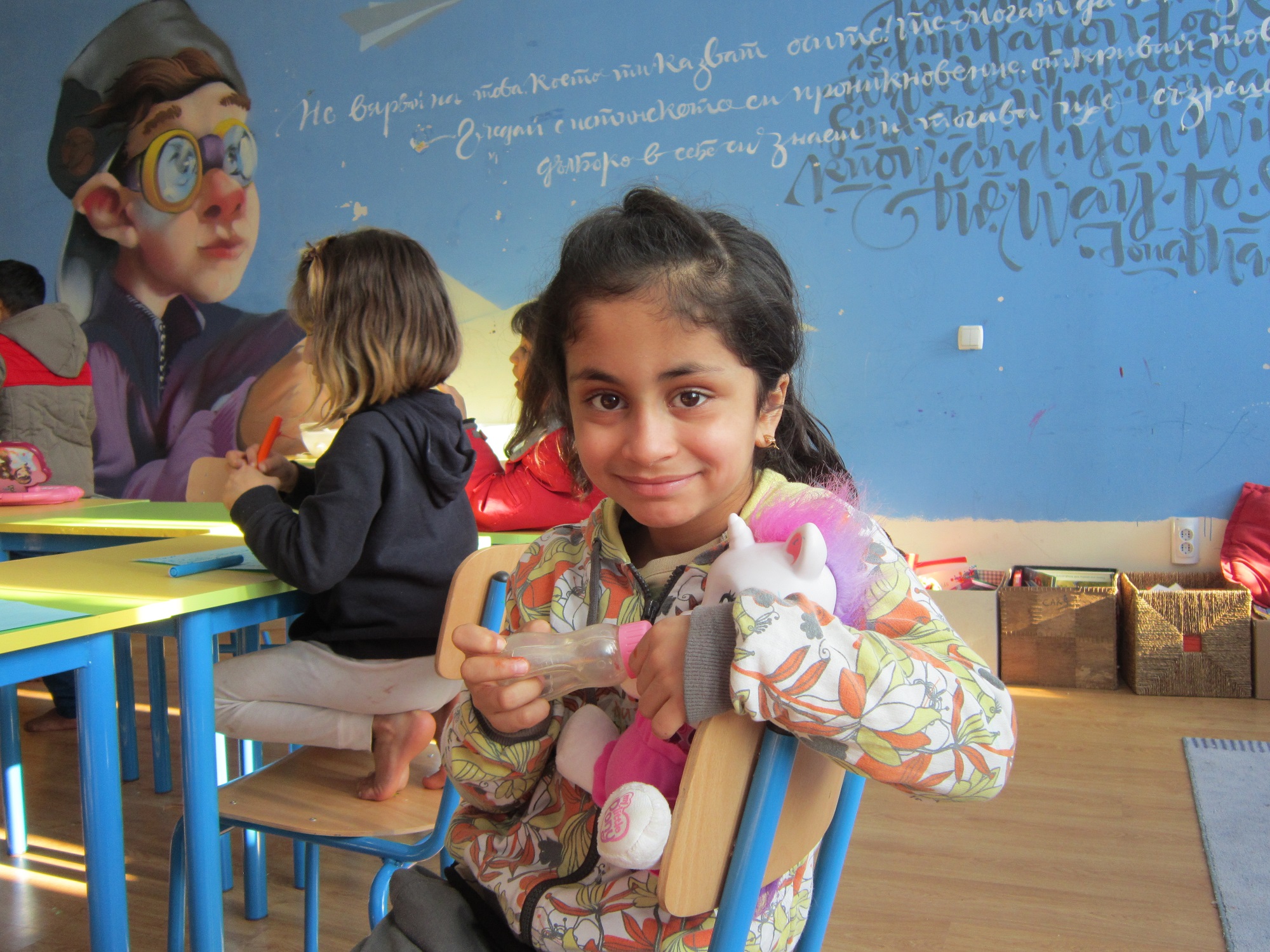 The project culminated on January 30, 2017 when we worked with two NGOs, CVC Bulgaria and Caritas Sofia, to distribute 300 letters to two of the refugee camps in Sofia. Both NGOs work with children and adolescents in all three refugee camps in Sofia, Ovcha Kupel, Voenna Rampa and Vrazhdebna, on a long term initiative called “The Refugee Project.” The project is run by volunteers who dedicate at least two hours per week for a minimum of 4 months. Volunteers provide not only Bulgarian and English lessons, but also art workshops, music activities, sports sessions, IT lessons and even cooking workshops on a weekly basis. Asylum seekers and refugees benefit from the project by having increased interactions with Bulgarian people, opportunities to improve their language skills, and the option to participate in a wide variety of activities while they are staying in the centers.

Margarita Spasova, one of the main coordinators of the project, helped us gain official permission for entrance from the Municipality of Sofia. She provided more information about the situation in the camps and about different laws regarding asylum seekers. On the 30th, we visited Ovcha Kupel with her and Jelena Djokovic, the American Councils for International Education country representative in Bulgaria. During our visit, we attended an English lesson for adults. In the afternoon Margarita and I went to the refugee camp in Voenna Rampa, where we spent a couple of hours with children who had a Bulgarian lesson with volunteers. It was such a wonderful feeling to see the impact of our project. We were not able to deliver all of the letters personally, but the team at CVC Bulgaria and Caritas Sofia promised to do so during a larger meeting with the adult refugees and with a translator who would be able to explain the initiative better.

I could write several more paragraphs about how I felt when I met all those wonderful people who strive to change lives, who take their jobs as something personal, and who are believe that “hospitality is something you show in practice and not something you talk about.” I will always remember the following words a volunteer said: "The situation is incredibly complex and links to our values. In the first place, to our values as people, then as citizens of a particular state and/or adherents of a particular faith."

In the first place as human beings, then as anything else.