Muslim Students Reflect on Year in the U.S. 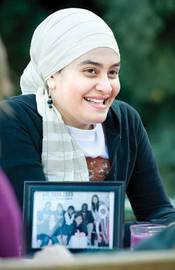