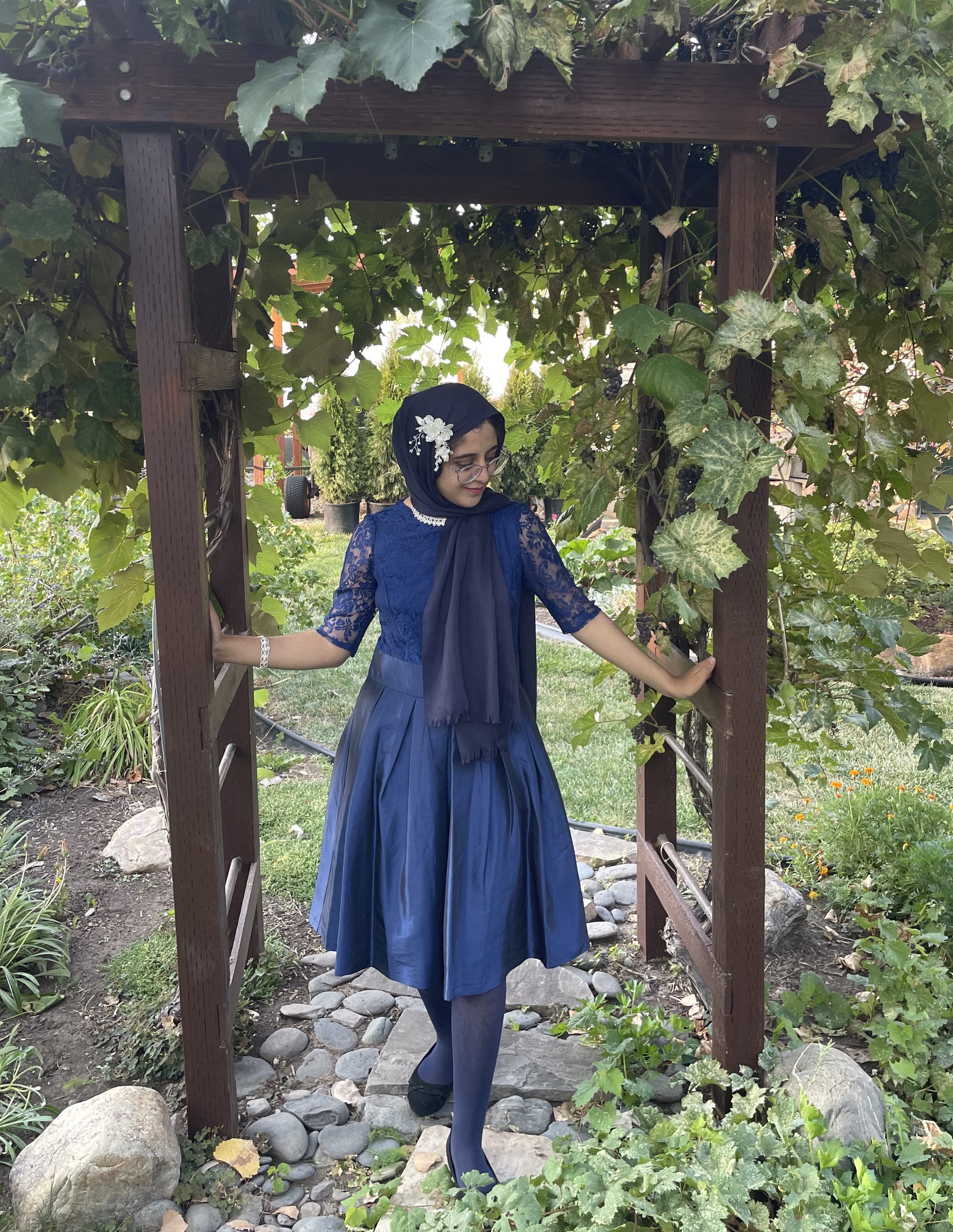 The moment I arrived in the U.S., I knew I had begun turning the pages of a big book where every page presented a new chapter. A chapter filled with the best emotions and most memorable experiences. My homecoming week at my U.S. high school was one of these exciting chapters.

Homecoming week filled my life with colors, broadened my horizons, helped me come out of my comfort zone and helped me make some amazing friends. The week started off with themed days such as “Bring Anything but a Backpack”, “Western Days” and “Spirit Day”. For backpack day, I carried around a Harry Potter duffle bag that showed my interest in Harry Potter and many students were excited to see it. For the Western Day, I did not have any American western or vintage clothes, so I decided to participate with a little twist! I dressed up in one of my vintage-styled shalwaar kameez (a Pakistani traditional dress) and added boots and a cowboy hat that I borrowed from a friend.  For spirit day, everyone dressed in our school’s colors, blue and white. I wore my blue and white YES tshirt, which actually led to many of my peers asking me about the program! 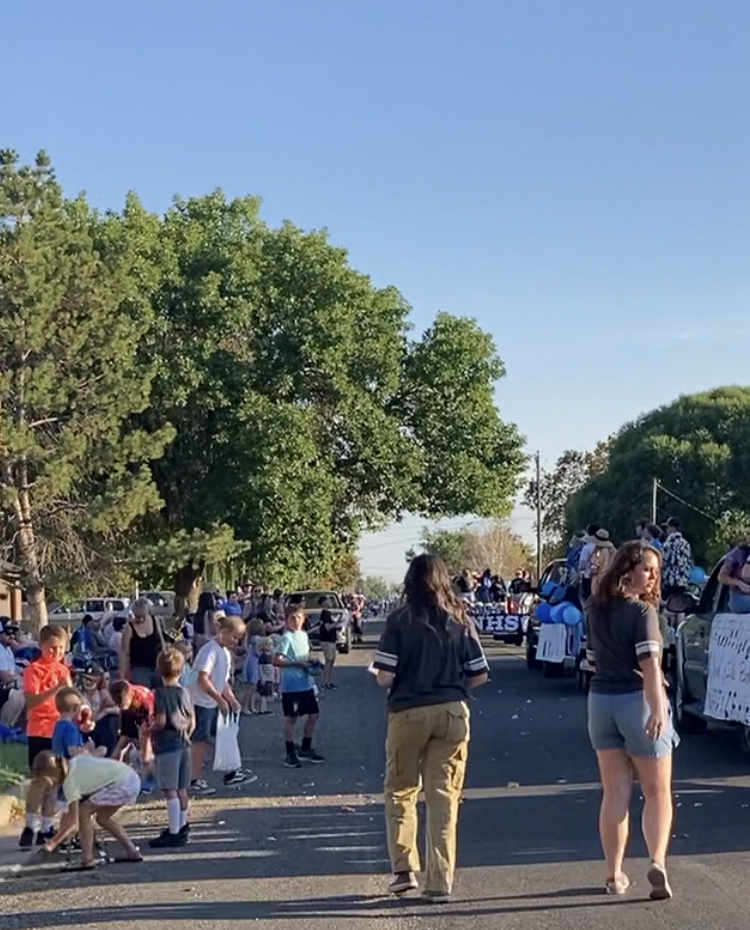 During this week, we also had daily activities after school and I actively took part in all of them. First, we had the school parade. I was a part of the theatre department’s float. I volunteered for about three hours to decorate our float. The float was decorated like the play the department would be performing soon, Anastasia. It was covered in purple and gold ribbons and balloons and was pulled by a jeep where everyone sang songs with lots of love, joy, and laughter. Walking around the neighborhood during the parade, my job was to distribute fliers for an upcoming play that the theatre department was producing. We also had a bonfire for homecoming week. During the event, different groups and teams would give performances - I hope to join the next one! Next was the movie night inside the school where the other students and I watched High School Musical, which definitely revived countless childhood memories.

While all of these activities were great, watching the football game at my high school was undoubtedly one of the best parts of the week. And when I talk about football, I mean American football which is nothing like the football I know and play in my home country. From what I had heard, watching football could be slow and boring and the rules may not make sense. However, when watching our school’s game, I found every second of the game more thrilling than the one before. I understood the rules immediately and found myself cheering until my throat was sore. Our school’s team winning was like the cherry on top of an already delicious cake. 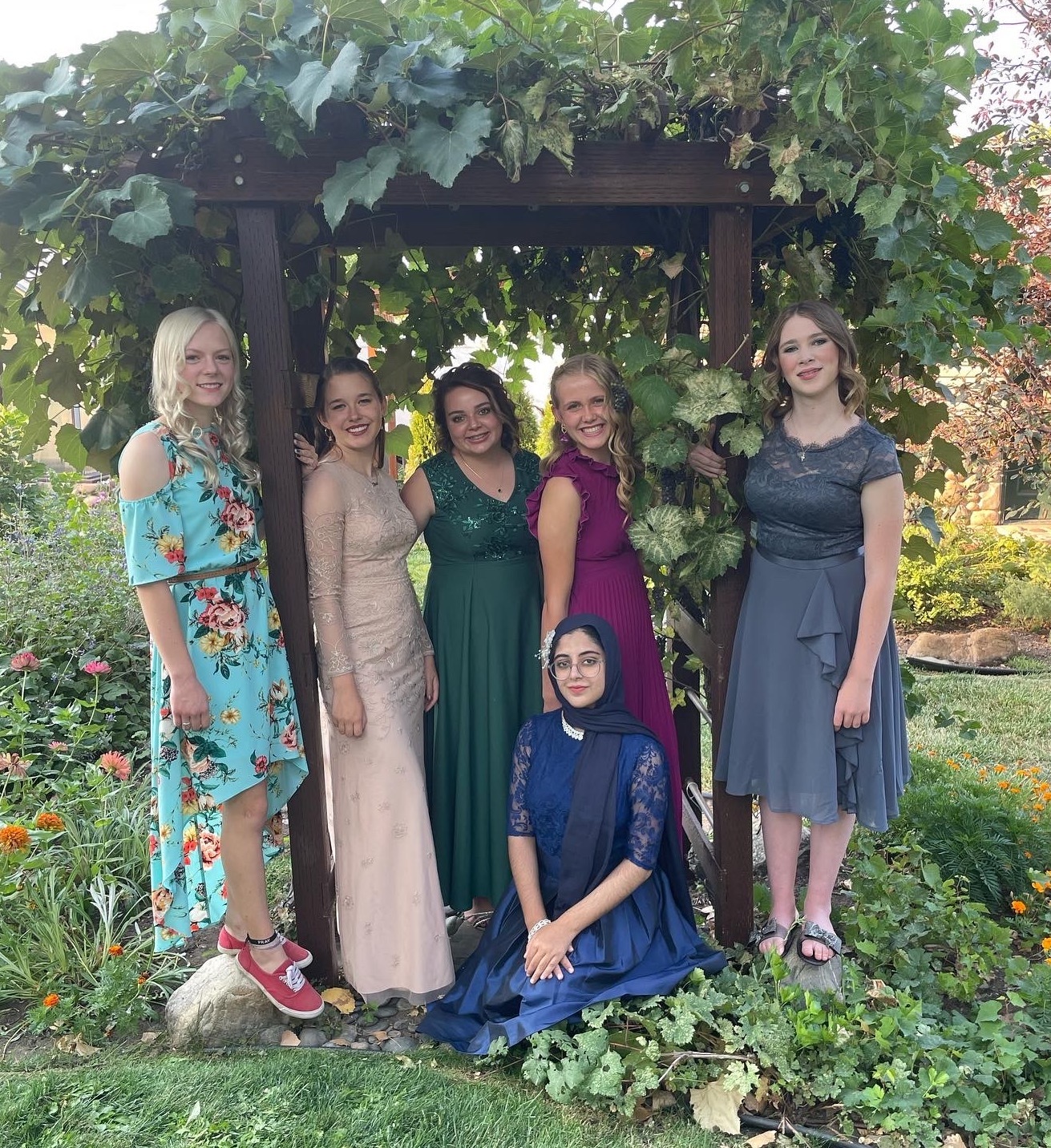 Finally, Saturday arrived, the day everyone had been impatiently waiting for. The homecoming dance! I went with a group of my best friends. Before the dance, we went mini-golfing together. Even though I was a beginner, everyone admitted I was a quick learner! As part of my outfit for the dance, I carried around a purse that was delicately crafted by women in the northern regions of Pakistan. It is a multi-colored purse that was entirely hand-made with impressive hand-embroidered patterns that can also be seen in the traditional dresses of Pakistan as well as the famous mirror work, very local to my country. I also carried a traditional Pakistani locket that was adorned with the famous Pakistani truck art. For fun, I also did a quiz with my friends regarding my culture and gave the locket to the winner.

Even though I had the best time of my life during the entire homecoming week, the homecoming dance was by far my favorite. It was beautiful to receive compliments on my hijab (scarf worn by Muslim women around the head) and my traditional purse. However, even more than that, it was very interesting to receive questions about these items, my culture and my country and I'm glad to say that I sparked interest in the hearts of other students with my answers. As a result, we have together planned to carry out a cultural lunch in my school, in which I will bring small Pakistani souvenirs and best of all, Pakistani food. I am also going to start formal presentations about my country soon which I'm really excited about.

Even though this is just the beginning of my exchange year, I have seen so much, done so much, visited a lot of places and have so many stories. It makes me excited beyond imagination to wonder what the remaining year is going to bring. I am determined to represent my country well, take advantage of every single opportunity,, be an active member of my community and school, help and volunteer a lot, make everyone around me proud and most importantly achieve. I’m so grateful for this once in a lifetime opportunity and it is true when they say, it’s not a year in your life, it’s living a life in a year.