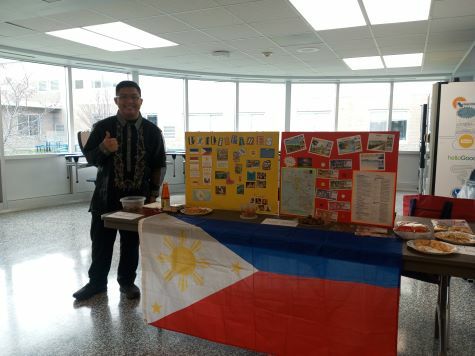 I would say that my experience in the U.S. so far has been a roller coaster ride full of excitement and fun.

I volunteered, as a Key Club member, to sign up students who would like to donate for the Red Cross blood drive we were organizing. Although I was not able to donate, it was still heartwarming for me to know that I helped save someone.

In November, I auditioned for my school's (Indian River High School), Spring musical production, Punk Rock Girl, which is a brand-new musical that we are one of the first ones to pilot. It was so nerve- wracking and terrifying as it was my first audition ever and I had to sing in front of the judges and do a monologue. However, despite my nervousness and to my surprise, I was so fortunate and honored to get the male lead! I never really expected it since it was my first musical and I don't really have any experience in performing in front of many people! The musical will be in March, and the rehearsals have already started.

I also experienced my first snow ever and it was so overwhelming. It was a lot! School was canceled because of the snow and delayed the start of my activities for International Education Week. 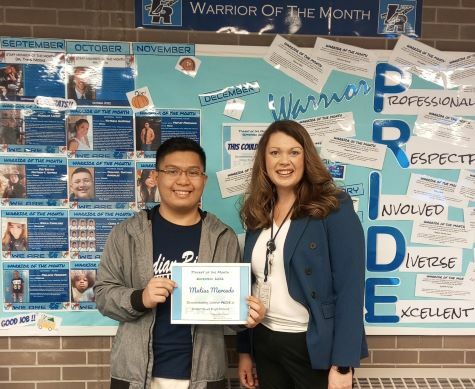 When we got back to school, even though it was already December, I celebrated International Education Week and organized a Filipino exhibit in my school outside the cafeteria during all lunch periods. Not only did I provide facts and information about the Philippines, I also cooked and prepared Filipino foods such as Pork Adobo and Lumpia, and Filipino snacks for my American schoolmates and teachers. It was so successful! Students and even teachers were lining up to taste the foods and to see the materials that I had prepared. They were so shocked that Banana Ketchup, which is originally from the Philippines, is a thing. One girl even said it's better than the usual American ketchup. It was so fun because I got to engage with people and answer questions. It was definitely a core memory for me.

Lastly, I was so honored and privileged to be named Student of the Month of Indian River High School for November 2022. I never really expected someone from the faculty nominated me let alone the faculty and staff voted for me. It inspired me to be more involved with my school and to be their partner for intercultural learning and exchange.