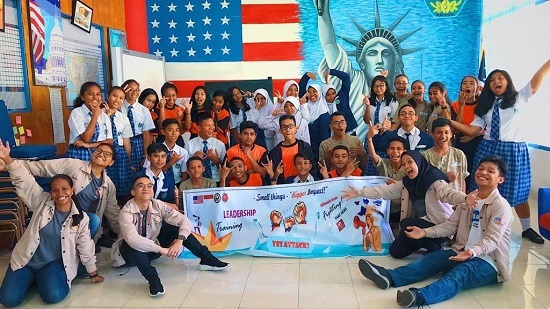 Recent YES alumni in Indonesia are already making an impact by conducting service projects in their communities. Each year, new alumni in Indonesia are given the responsibility of developing a “fresh alumni” project to be implemented not long after they return from their year in the U.S. In addition to serving their communities, the initiative aims to help alumni process and share the skills they gained on program. Under the theme “YES15, Making A Change” these new alumni in five cities are sharing their YES exchange experience with others while giving back to their communities and celebrating the YES program’s 15th anniversary.

For International Education Week, alumni in Jakarta conducted English language classes for over 50 elementary school children in an economically disadvantaged area of Jakarta. The alumni designed interactive activities such as games and songs that required students to use English.

Five YES alumni in Medan, together with local volunteers and American YES Abroad students hosted in the area, organized and led a one-day English language and project management workshop, titled Medan Melek English, for 50 students.  The alumni guided the students, who ranged in age from 13-15 years, through steps for developing simple social good projects that could be easily implemented in their communities. They also shared their American experience and encouraged students to apply for YES. 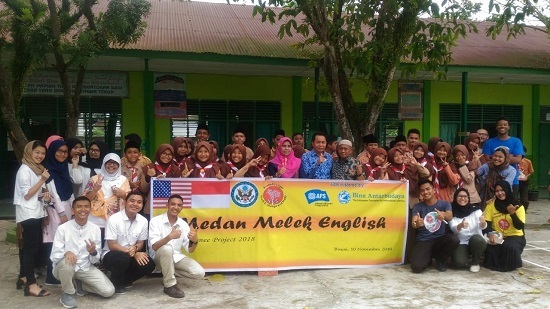 YES alumni in Ambon facilitated several classes over three weekends in November for 50 students at the American Corner. The classes were aimed at junior high school students and covered themes of social media and journalism, sanitation and hygiene, and leadership skills. Participants also visited an orphanage to deliver donated books and clothing.

Ten YES alumni in Surabaya led a program for 50 elementary school students aimed at encouraging and developing literacy and civic engagement. The activities included a puppet show and stories from veterans.  Since the school doesn’t have a library, to promote the sustainability of the project, the alumni and volunteers initiated a fundraiser to set up a reading corner in the school. 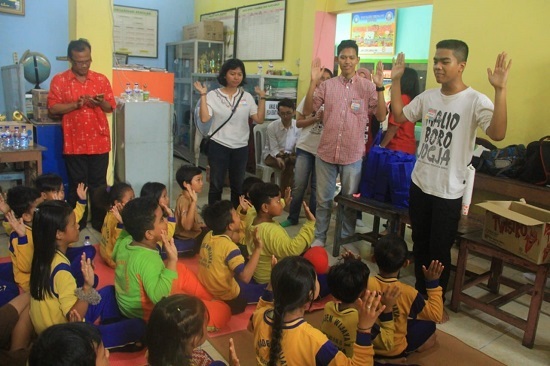 Alumni in Bandung, not to be outdone, celebrated International Tolerance Day by leading 30 high-school students in a day-long activity celebrating and raising awareness of the diversity of religions and cultures in Indonesia. The initiative was part of an Association of Southeast Asian Nations (ASEAN) national campaign supported by the ASEAN-Indonesia Youth Ambassador. The campaign, titled Tolerasean, is aimed at promoting tolerance, diversity, and inclusivity within and among ASEAN countries. The program included presentations by several religious leaders followed by a question and answer session, and discussions of actions students could take to help spread tolerance and understanding in their own communities. 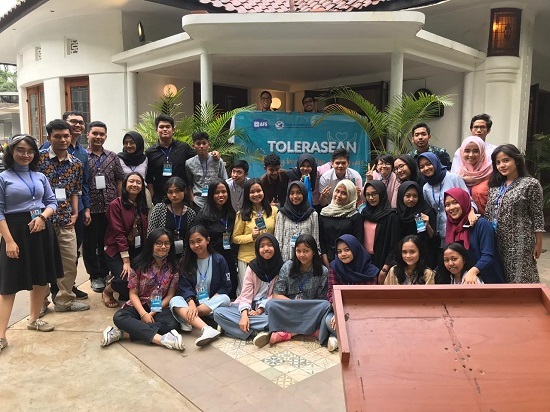