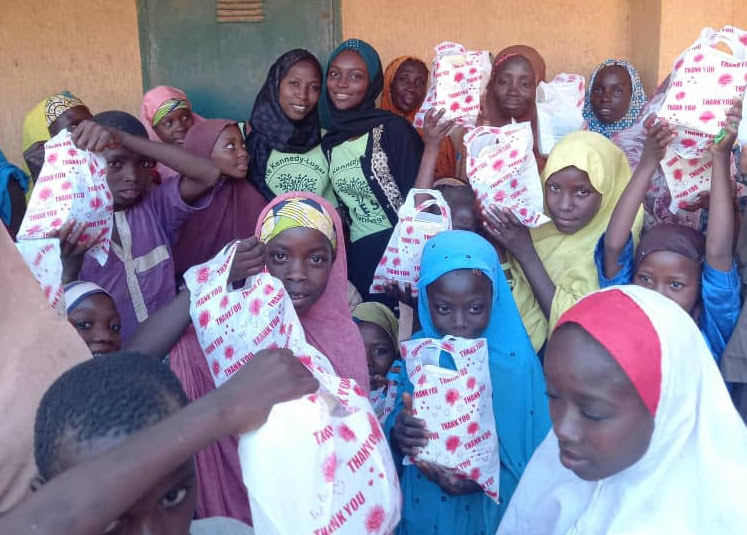 The month of Ramadan is widely known as a time of fasting, but it means much more than that. It is a celebration of gratitude and a time to share with others. This year, YES alumni all across Nigeria have come together to coordinate a large-scale Ramadan service project. The National Ramadan Project included unique projects executed in 6 different states: Gombe, Kaduna, Kano, Katsina, Sokoto, and Taraba. 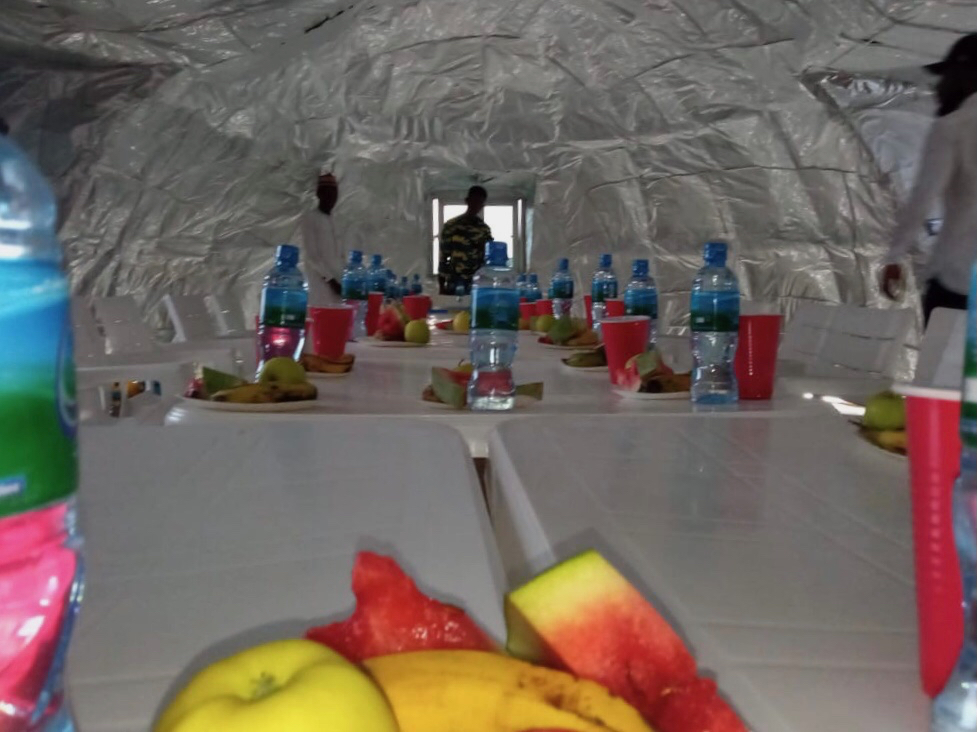 In Gombe, Nigeria, Esther Isah Bila (YES 2014-2015, Nigeria, placed with IRIS in Iowa City, IA) organized a communal iftar that included over 50 guests. An open invitation was sent throughout the community. The guests included Muslims, Christians, and people of all faiths. Through this project, the YES alumni wanted to create a safe space for the exchange and sharing of religion, something that is harder and harder to find in our increasingly polarized world.

Over 300 miles from Gombe in Kaduna, Dr. Muhammed M. Bello (YES 2008-2009, Nigeria, placed with IRIS in Ankeny, IA) brought warm meals to over 200 patients admitted to Yusuf Dantsoho Memorial Hospital. Yusuf Dantsoho is one of the most populated hospitals located in the dense city of Tudun-wada. Muhammed says this hospital was chosen as it seeks to serve lower-income patients. Since the hospital has such a large patient population, the YES alum wanted to relieve some of the hardships that the patients are experiencing. Dr. Mohammad Mubarak Bello regularly volunteers at Yusuf Dantsoho Memorial Hospital and was a great help in the completion of this service project. 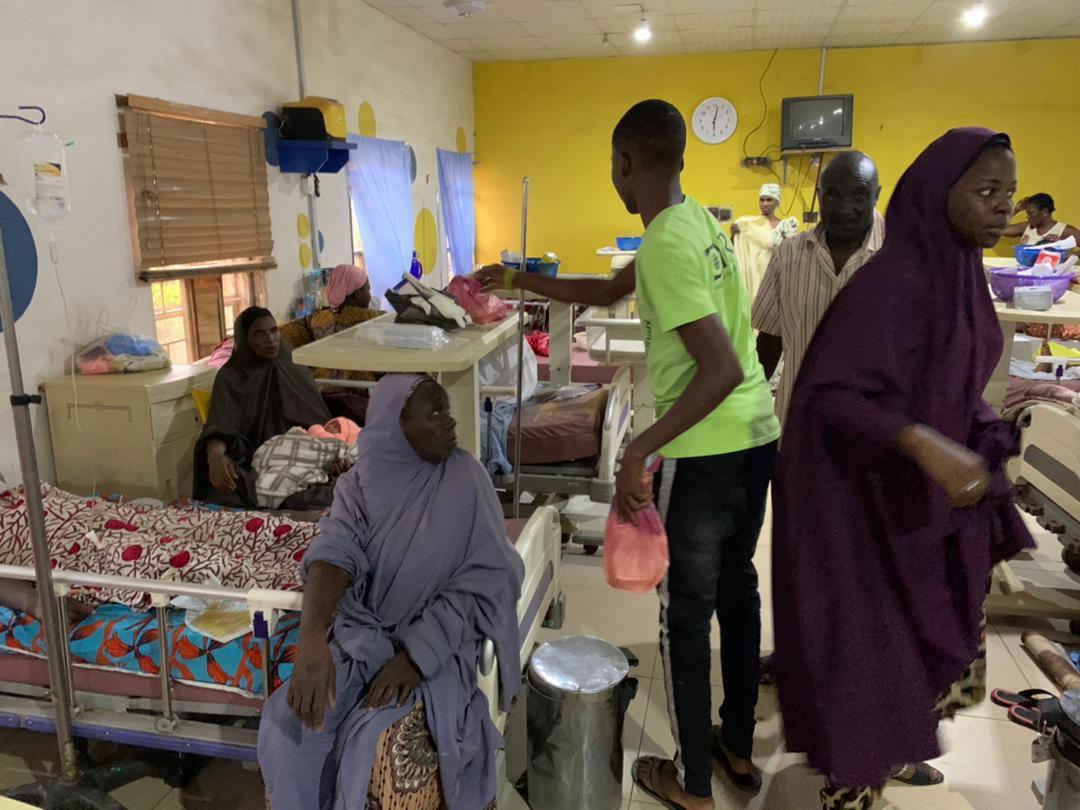 A similar project was led by Fatima Umar (YES 2009-2010, Nigeria, placed by IRIS in Corwith, IA) in Kano, Nigeria. Fatima’s aunt has connections at a local nursing home and thought they would be a great recipient of hot meals and good company. The residents were able to share stories over a good meal and celebrate the holy month of Ramadan with the YES alumna.

In the states of Katsina and Sokoto, Usman Musa (YES 2008-2009, Nigeria, placed with IRIS in Cedar Falls, IA), Zainab Ibrahim (YES 2014-2015, Nigeria, placed with PAX in Sedona, AZ), and other alumni connected with Internally Displaced People (IDP) camps in Kankara, Katsina and Gwiwa, Sokoto. Due to the nature of the camps, most of the residents are unable to find work or sustain themselves. During their time at the camps, YES alumni provided iftar meals, spent time with the residents, and shared stories. They plan to return in the near future with medical counselors and doctors to facilitate the provision of basic health care to the IDPs. They hope that this visit serves as an example for other NGOs to step in and give where they can.

The final project was executed in the state of Taraba, where YES alumni visited Al-Majiri Education Centre, a community school in Nyamusala, shared iftar with the students, and offered guidance as mentors. 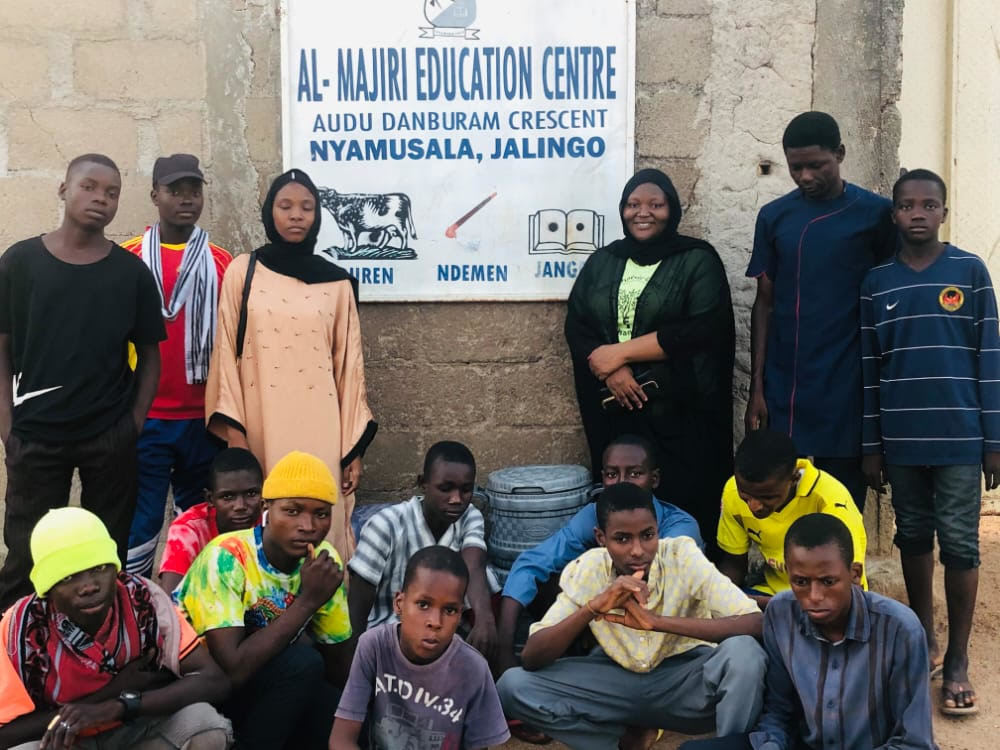 To organize and successfully execute 6 service projects in 6 different states is no easy feat. This group of YES alumni began fundraising for these events weeks in advance. Through this effort, they were able to collect donations of cash, food, and other goods to share during their many projects, though preparation for a large-scale event like this one started much earlier than when the crowdsourcing began. These alumni attribute their success to the skills they learned during their time abroad on their respective YES exchanges. Aliyu Lawal Abdussamad (YES 2014-2015, Nigeria, placed with IRIS in Fort Dodge, IA) shared stories of volunteering with his host mom, playing sports, and YES-led workshops that he attended during his exchange year. He said that these experiences have given him compassion, teamwork skills, and leadership skills, all of which are necessary for projects of this magnitude.

More than anything, these alumni want to spread the ideals of compassion, inclusion, and tolerance through volunteerism. This is not the first time that they have executed projects like this, and it certainly is not the last.