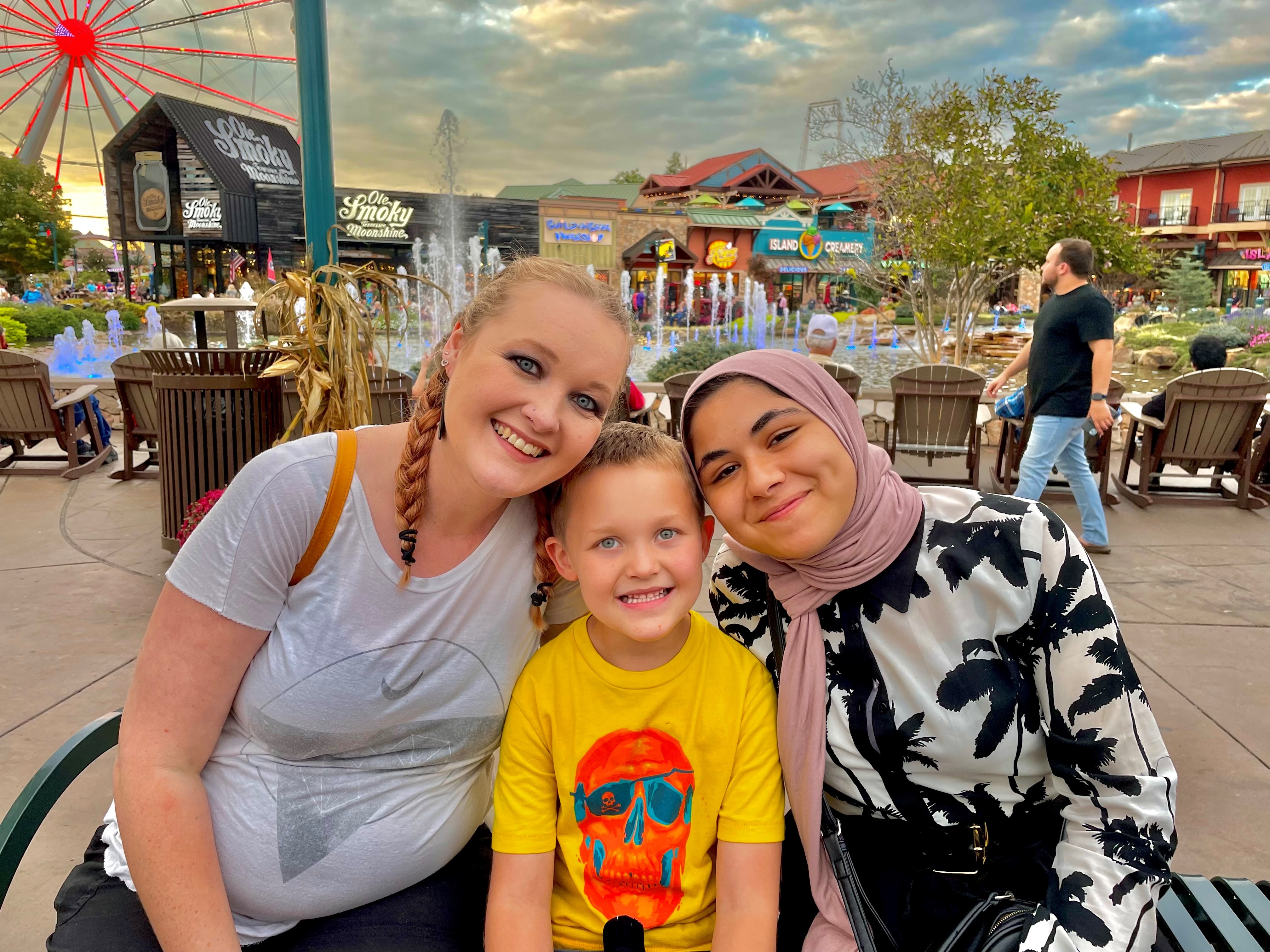 We are pleased to announce the November YES Student of the Month, Fatimah Ayad, from Libya. Fatimah is placed by Ayusa and hosted in Marengo, Indiana.

Fatimah’s exchange year is off to a great start. She feels honored to be a part of the YES program and has been eager to take on the role of cultural ambassador. Realizing that classmates in her Career Info class were unfamiliar with Libya, she gave a well-received cultural presentation, including playing Libyan music, to teach them about her country. For a Theatre Arts class party, she cooked a Libyan dish, translated as “rolled bread,” that her classmates really enjoyed. Fatimah and her fellow Libyan YES students made a YouTube account to post videos about their experiences this year. They are working on their first video about their trip from Libya to the United States and how they have spent their first months on YES.

Volunteering has been a priority for Fatimah, and she has already served over 30 hours. She enjoys helping kids at the Boys & Girls Club and helped her host mom’s friend sell cookies and pretzels for a nearby festival. She used edible markers to decorate cookies, which the kids loved. 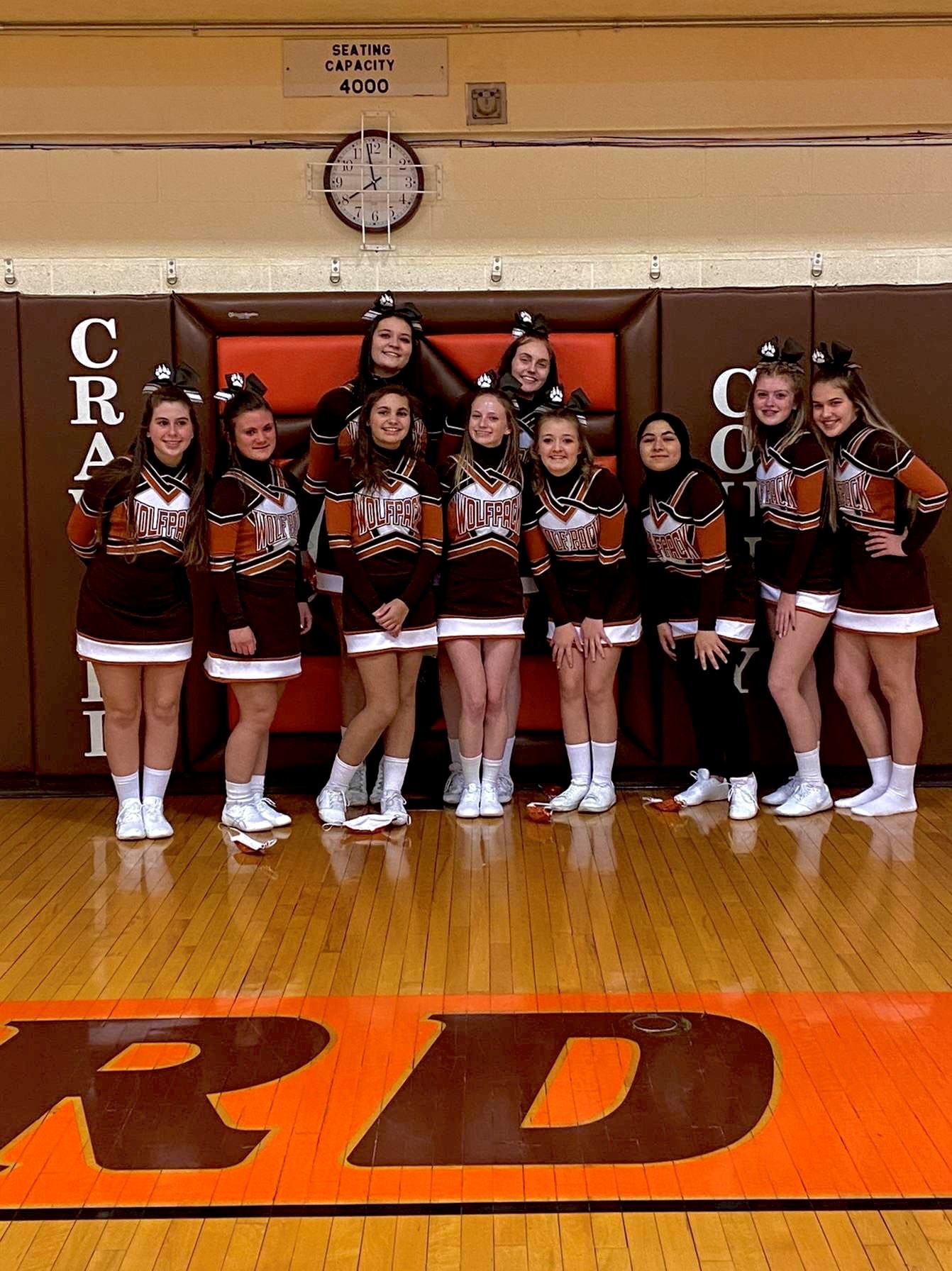 Fatimah with her cheerleading squad.

Fatimah has gotten involved at school as well. She joined the varsity cheerleading team and cheered for the first time at Homecoming. She loves being on the softball team, even though she doesn’t quite understand the sport yet. She has also joined the Prom Committee, theatre, and concert band. One of her favorite moments was playing an Amazghi (Berber) song on guitar for a concert band test, to the enjoyment of her teacher.

Living in an area in Indiana with few Muslims, she finds that being a “hijabi” helps her effortlessly share her culture since her headscarf is typically the first thing people notice about her. Questions about her hijab lead, in turn, to questions about her religion. She states, “I think it’s the most wonderful thing about Americans, how curious they are and how carefully they try to pose their questions respectfully!” Of all her accomplishments on program, Fatimah says her greatest achievements are staying true to herself, her culture, and her religion despite the different environment, as well as getting along with her host family and loving them as much as she loves her family in Libya. 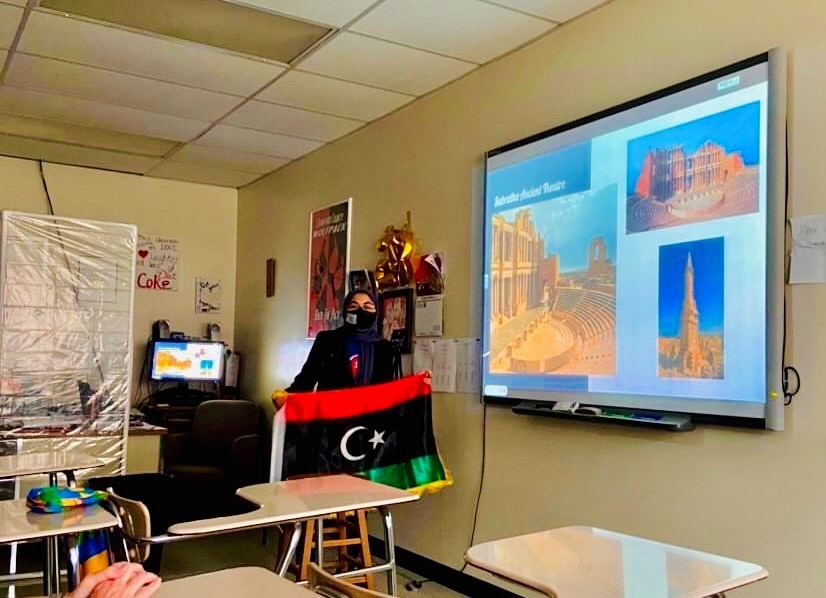