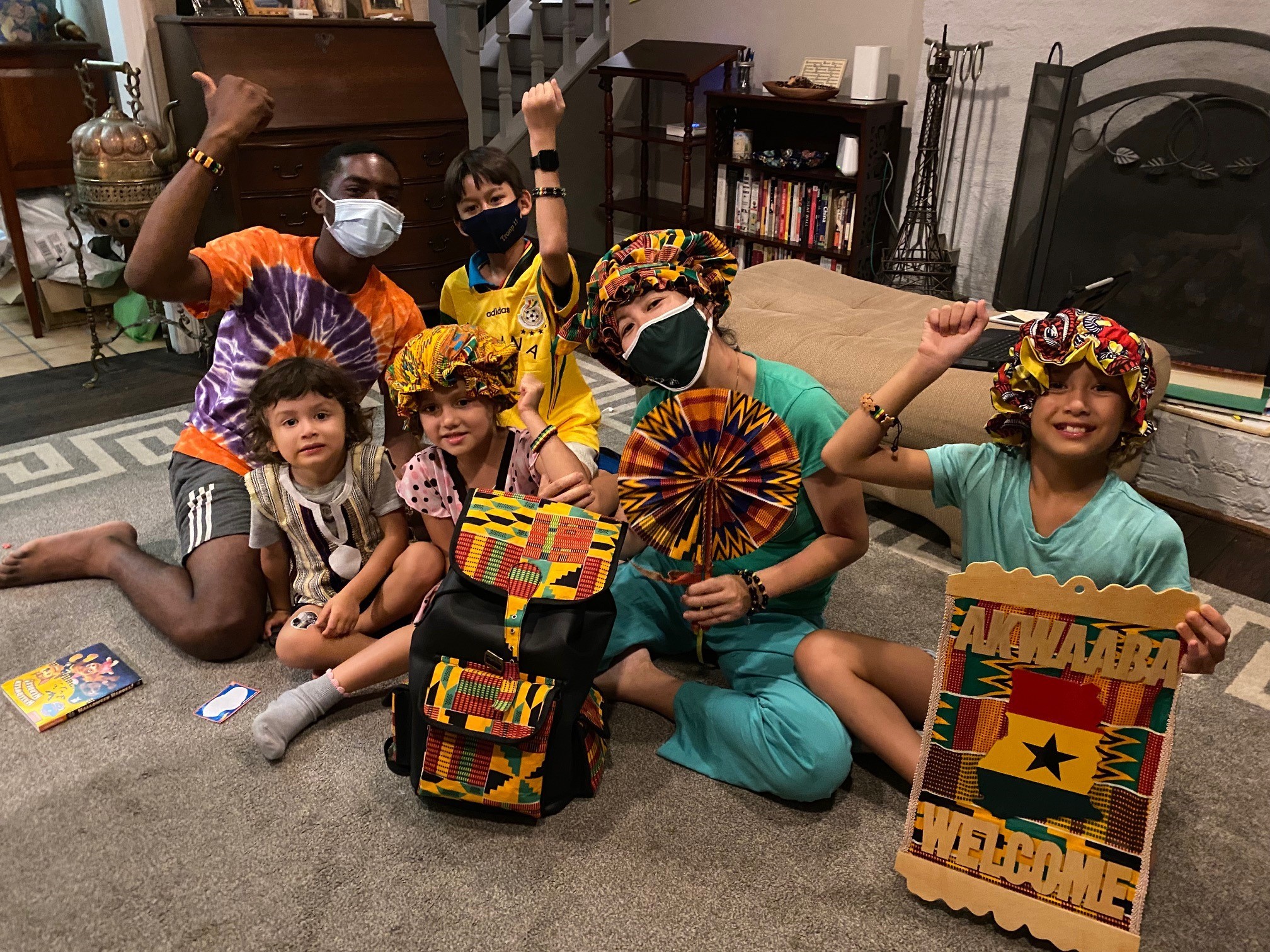 We are happy to announce the October 2021 YES Student of the Month, Emmanuel Omari, from Ghana! He is placed by AFS and hosted in Charlotte, NC.

After an adventurous four-day journey to North Carolina, Omari, as he prefers to be called, started school just four days after his arrival. He was quick to adapt to life with his host family and made an impact in his host community from the start. 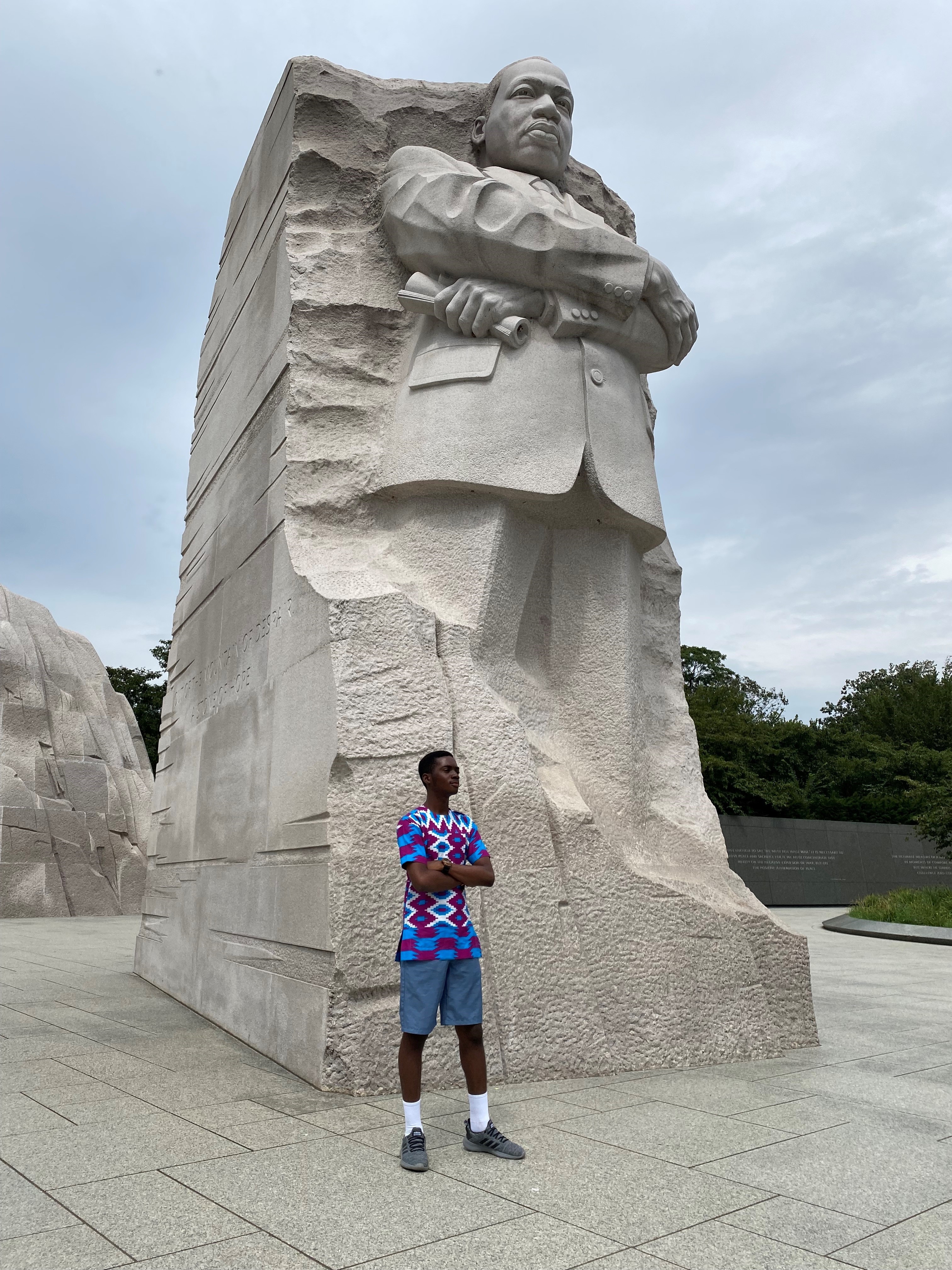 During his first two weeks as a student at Charlotte Country Day School, Omari demonstrated his love of learning and his commitment to the community so well that the school moved him from the junior class into the Class of 2022. Omari has been quick to rise to the challenge of being a senior at an American high school by meeting with his teachers regularly and working hard in his classes, impressing both his teachers and host family.

What has been most impressive, however, has been Omari’s overall contribution to the community. He expressed an interest in American football, so he attended several practices of the high school team and was made the varsity team's manager. He quickly won the respect of coaches and teammates alike and has remained fully committed to his role. The school newspaper even wrote an article about how Omari volunteered to carry the American flag on the field during a home game on 9/11.

Omari was accepted as a volunteer in his school’s Big Brother, Big Sister mentorship program and has been contributing to the work of Charlotte Sister Cities, a community service organization. He registered to join the organization’s Dragon Boat Team, participating in the Charlotte Asian Festival in mid-October. He has also created YouTube videos to promote the YES program. 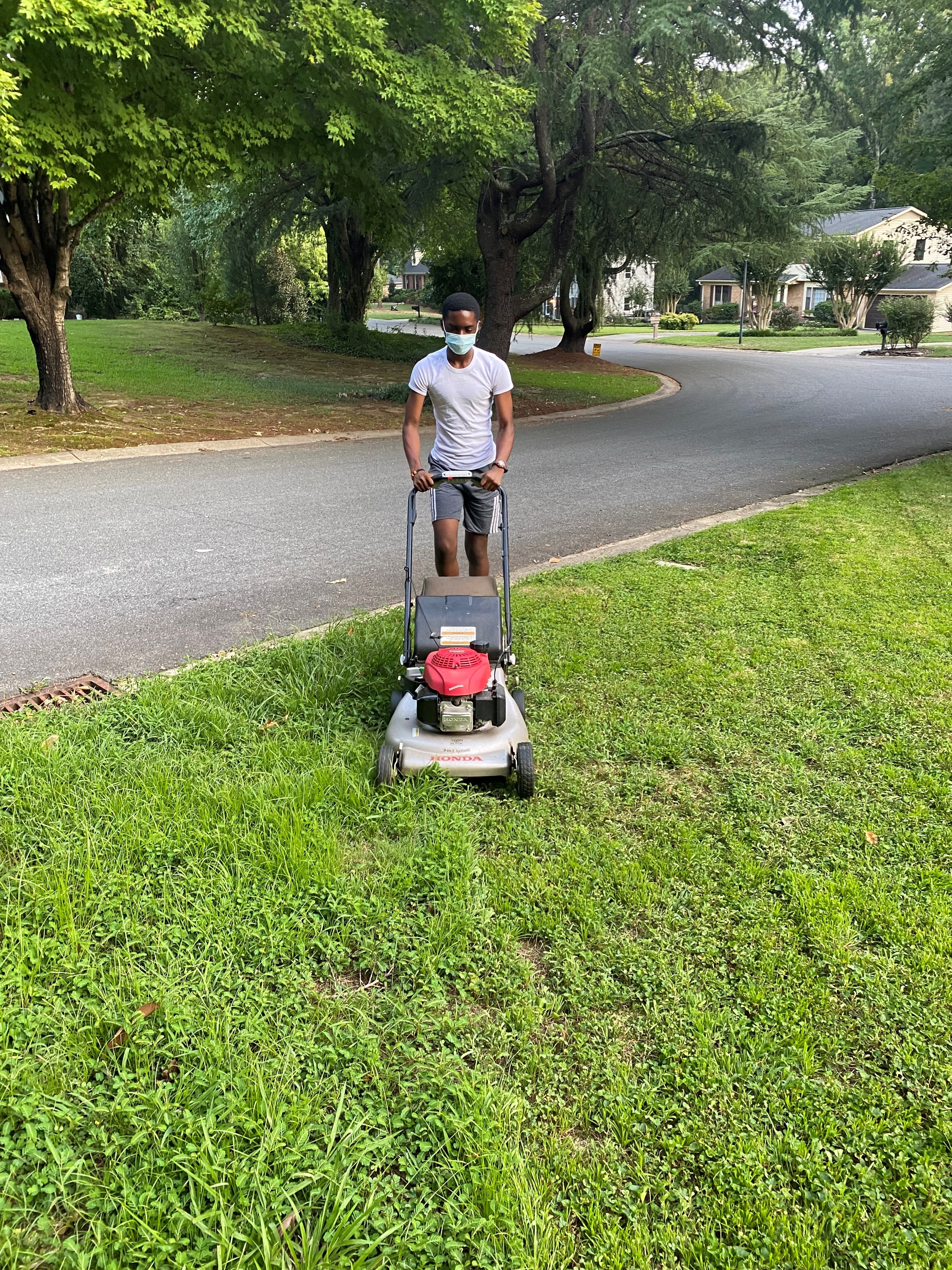 Omari is quick to help his family with chores, such as mowing the lawn.

Omari has quickly transitioned from being the youngest of four siblings in Ghana to being the oldest of five siblings in his Charlotte family. His younger siblings all adore and respect him. He traveled with his 12-year-old host brother and host father to Washington, DC, over the four-day Labor Day weekend. He took an immediate interest in the symbols and monuments that make up America’s capital. His curiosity and desire to learn, as he embraces his new environment, are exceptional.

Omari’s host father David states, “What makes Omari so impressive is his outgoing, considerate, and generous personality. He is quick to say thank you and always willing to lend a helping hand when needed. Just the other day, when I was out mowing the lawn, he came running out to lend assistance without being asked. Omari embodies all that we could hope for, and more, in an exchange student.”