On and Offstage of My First Theater Show 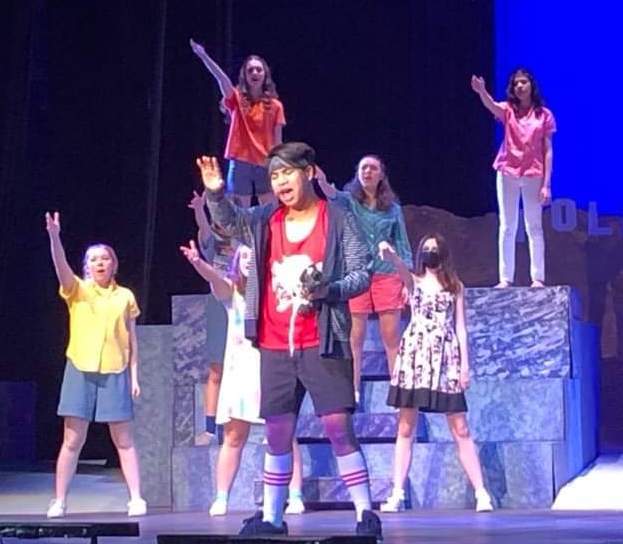 A few months ago, during a conversation with my host mom, she asked me if I liked musicals. I told her that I did and that I had participated in activities like this at my high school in Pakistan. My host mom then told me that my high school had a great theater program and encouraged me to join the program. Fortunately for me, my school was holding auditions for the winter musical that week, and I was able to enter the new world of theater. 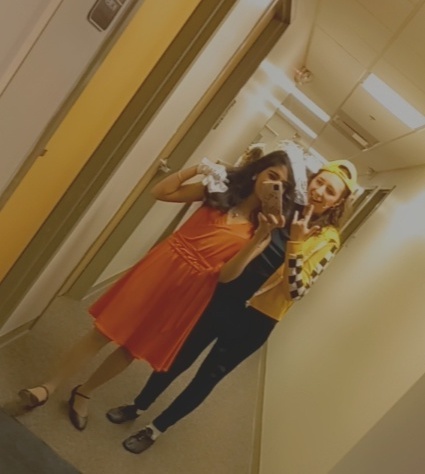 I had never visited the theater department at my school before, so it was all very new to me. However, when I entered the theater, everyone was so welcoming. My fellow cast members called me the “last piece of the puzzle”. I was excited for the musical, but also a little nervous because it was my first time in a musical. It was a unique musical, too! For the leading roles, the actors were on roller skates and had to sing and act simultaneously. I was part of the ensemble in the musical. I learned my part by watching my friends do the choreography. They taught me the dance step-by-step and even stayed late after rehearsals to help me. I think having fun with friends during our rehearsals was the best part.

Our rehearsals were held after school, and we even had Saturday rehearsals some weeks. But in the end, all the late nights, tiredness, and rehearsals were worth it. The week before the musical was “tech week”, also known as“stress week”. Although it was stressful, I loved putting everything together for the musical and performing in my costume. 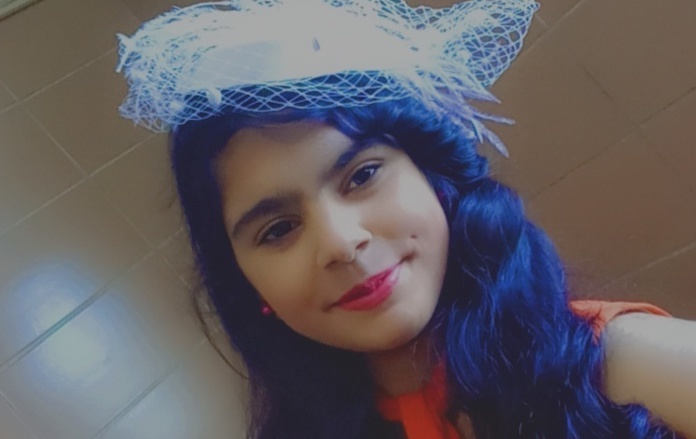 At the end of our final performance, my friend did my makeup and we spent time backstage taking fun and crazy pictures in our costumes. It was a lot of fun and I’ll never forget those great moments. I am so happy that I was able to participate and had support from my host mom, theater director, dance choreographer and cast members. I was able to become a part of the theater world! I am so thankful to all of these people and am grateful to be an exchange student. I am feeling so proud that I gained a new experience and said “YES” to this opportunity.